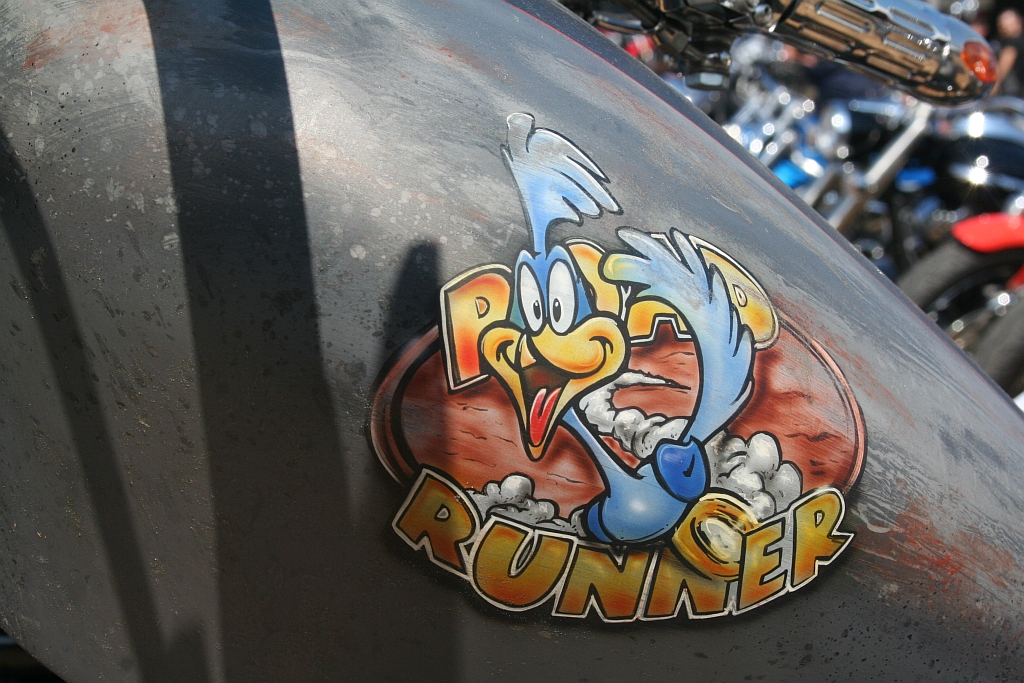 Road-runner & party-crasher: With the FREERIDE to Faaker See!

Every year in early September, there is a big festival of HD bikes at Faaker See. On the occasion of the European Bike Week countless HD riders invade the small town and more than 100.000 visitors stroll around the lake. The highlight of this annual event is the famous parade.

Very often spontaneous ideas are the best: Let´s go to see the parade at Faaker See! Well, I don´t have a Harley in my garage, but I have a nice KTM FREERIDE 350. 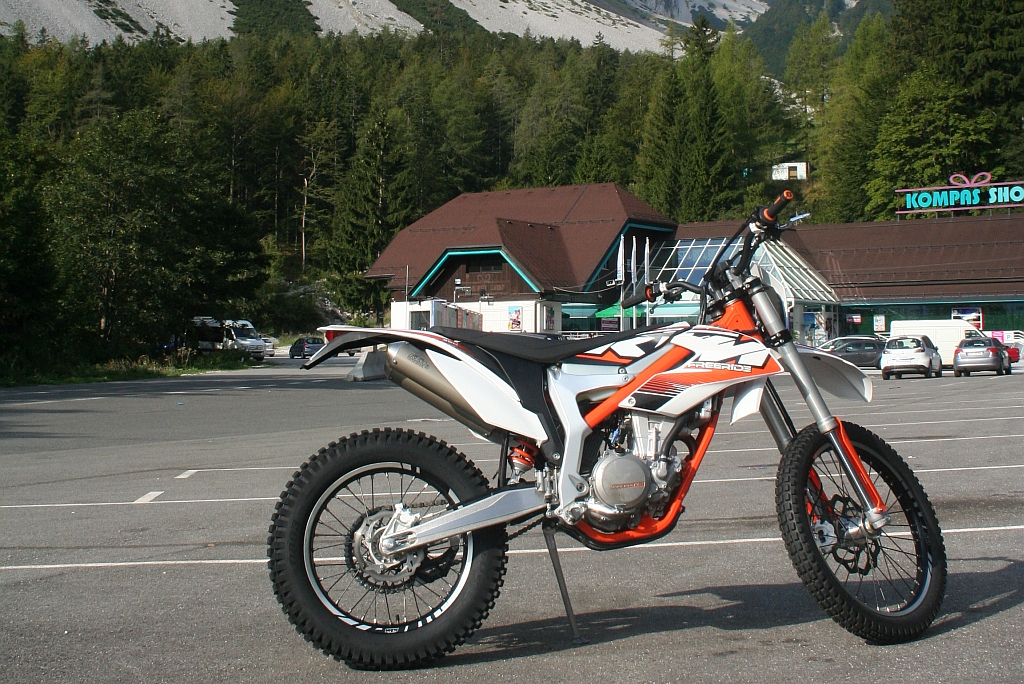 A couple of days ago, I picked up the bike at the KTM factory in Mattighofen for a longterm test and I´ll try to experience as much as possible. Now, the alter reader may ask: “Hell, what does a Harley and a KTM have in common?” Well, isn´t that obvious? Of course, the orange colour! But before we can strike off, there are still some things that need to be settled.

“Hell, what does a Harley and a KTM have in common?” Well, isn´t that obvious? Of course, the orange colour!” 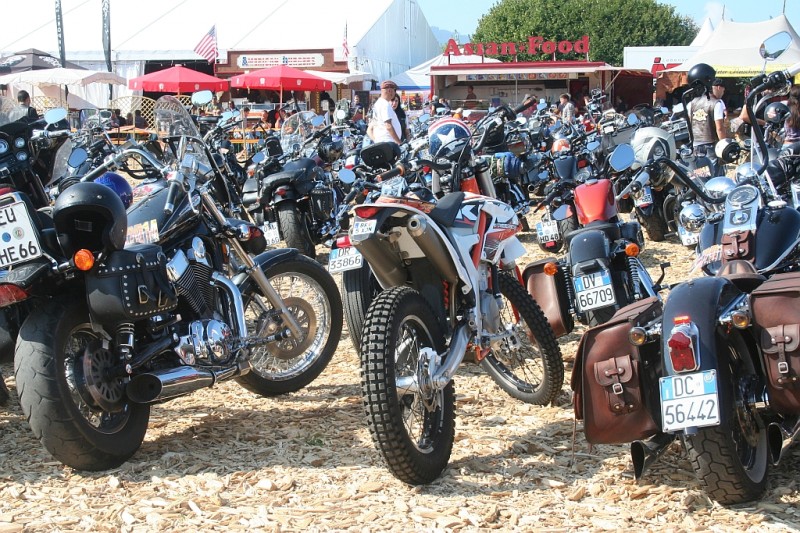 Let´s go!
The KTM FREERIDE 350 is an Enduro bike, therefore paved roads aren´t the perfect territory. Nevertheless – for time and practical reasons – I decided to travel on the main roads on my way to Austria. Hard core offroad fans should stop reading at this point! It was definitively the perfect choice to travel on country roads, before I´ve never thought about riding this bike on highways. I rode on steady pace, not more than 90 km/h. I didn´t experience any risky situations or overtakings on the road. The only thing I worried about was the rather small gas tank. 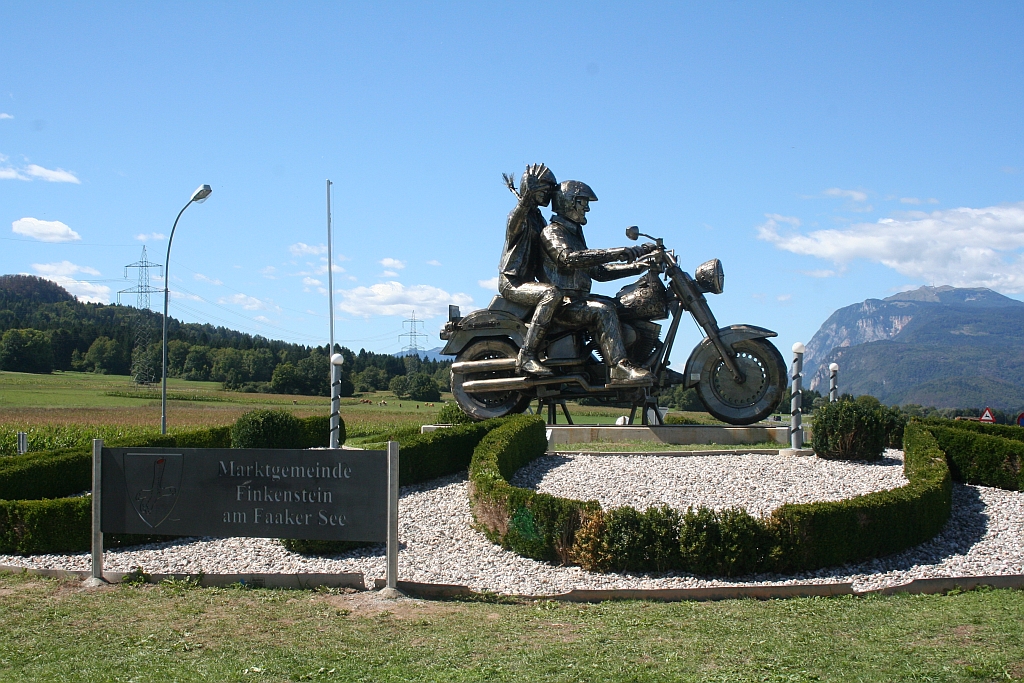 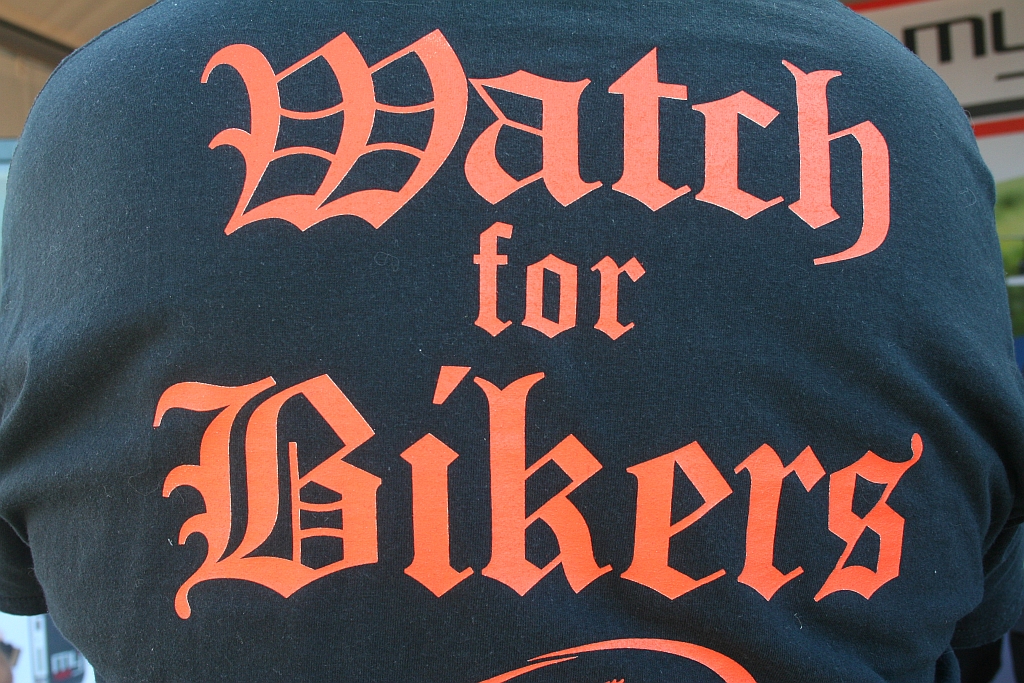 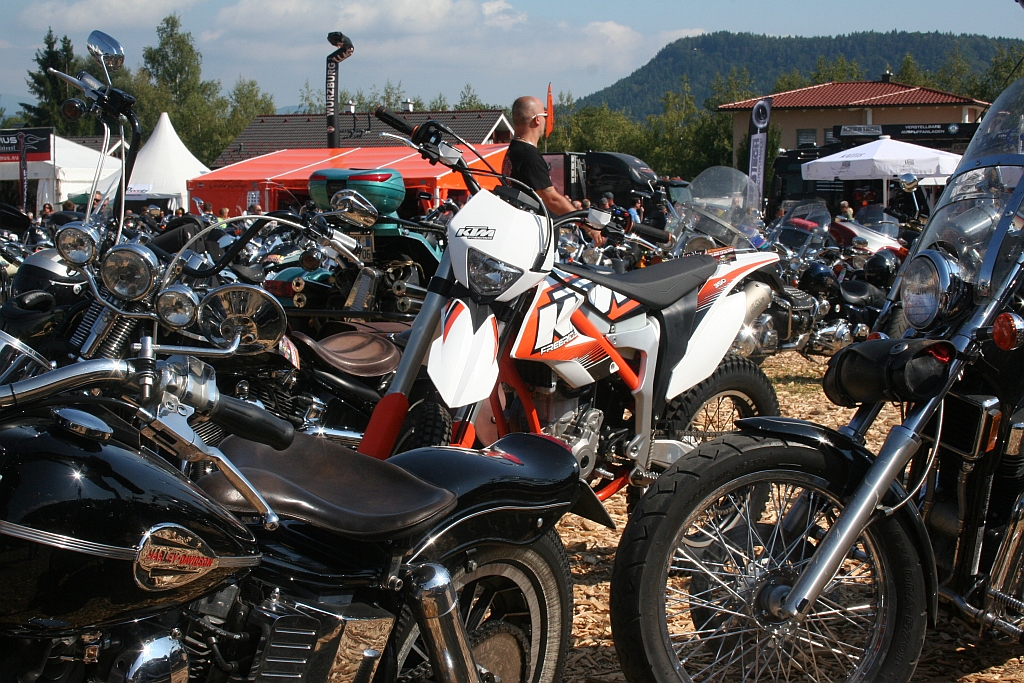 Arrival in Austria
The FREERIDE 350 is equipped with lights, therefore rides through tunnels like the one on the Slovenian-Austrian border are no problem. The closer we came to Faaker See the more Harley riders were passing by and we greeted each other with one hand up in the air. It´s like secret salute of the biker tribe that we all belong to – no matter which bike we sit on. Together with a group of “Twin American Bombers” I reached Faaker See. The daylight was even brighter due to the vast amount of chromed bikes.

A steel snake of more than 20.000 bikes cruised around the lake and I was in the thick of it with my FREERIDE. I admired bikers that were dressed like Batman, Asterix or Marilyn Monroe and their bikes seemed as if they arose directly from fairy-tales. It was a unique experience to ride with such a Harley crowd and despite my KTM and my Enduro look, I definitively felt like a part of the parade. It´s a unique event, the organization is excellent and every biker should attend the Harley Bike Week at least once. 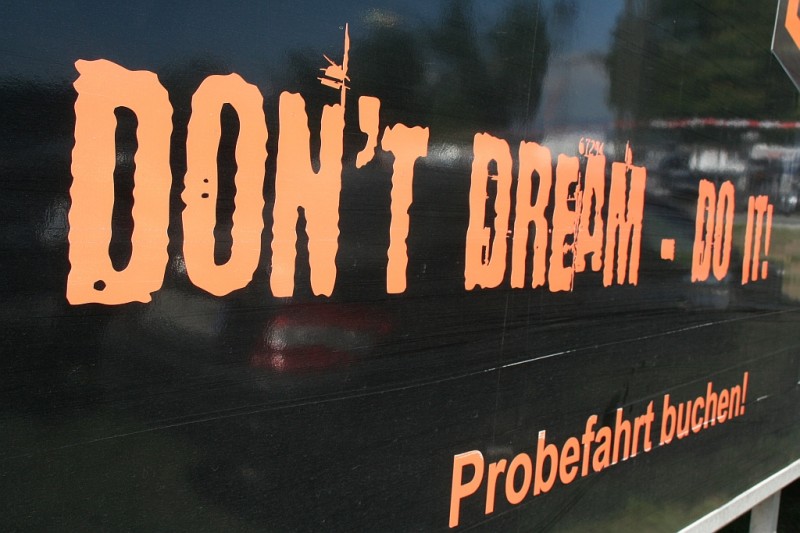 One Response to Road-runner & party-crasher: With the FREERIDE to Faaker See!