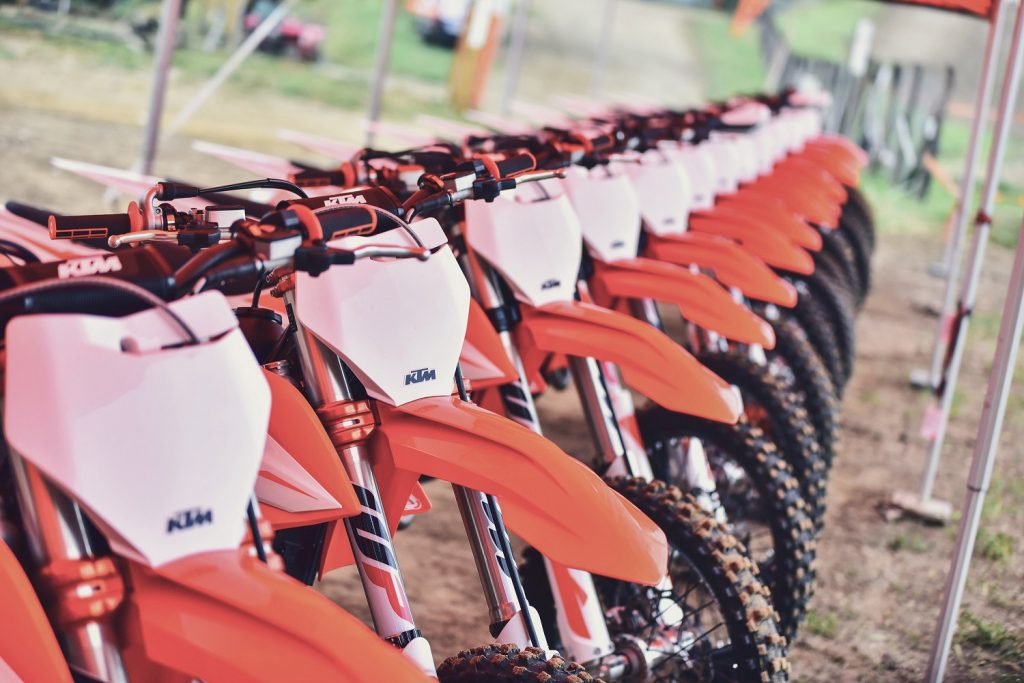 5 mins to talk the future of KTM motocross bikes

We put KTM Product Manager Offroad Joachim Sauer on the spot about where the SX range could head in the future. Electronics? Electric? Perfectionism?

Confusing. At the launch of their 2019 SX range the KTM engineers and project leaders spoke about how the newest motocross machines were close to “optimum” and the performance and design of the bikes represented something of a creative peak for the R&D department. At the same time as the 2019 machinery was being warmed up and taken to the track by journalists and testers for the first time, KTM Product Manager Offroad Joachim Sauer admitted that work was fully underway for the next generation! 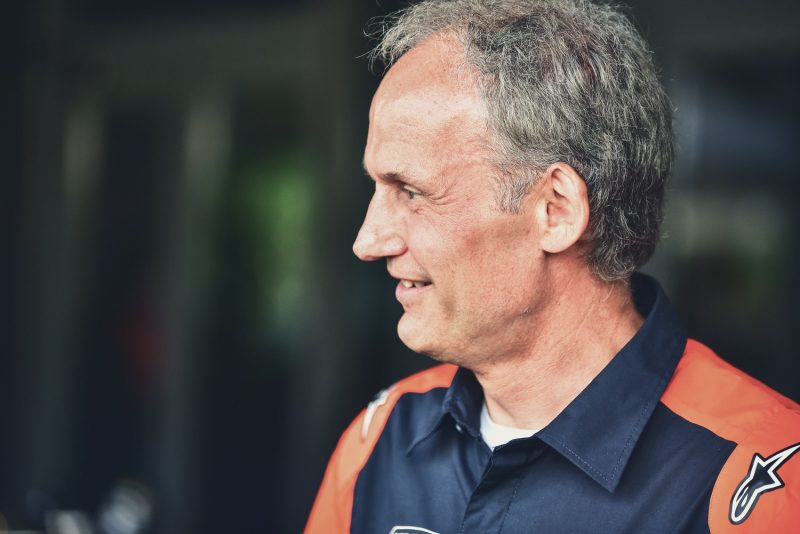 The reviews and innovations of the 2019 SXs have been predictably outstanding. Rather than asking Sauer to wax lyrical about the edges, trims and steps-forward that KTM have made we decided to grill him about where the range can really move next. The catalog already boasts a segment-leading power-to-weight ratio, and handling on the KTM 450 SX-F in particular has never been stronger.

In truth it must be a hard search for Sauer and his crew. How do you improve a selection of products that are already hitting operational heights? The portfolio might involve six bikes between 125-450cc and 2-stroke to 4-stroke so there is still scope for discovering and thought but KTM have been relentless in their search of gains with each model (a priority for the 2-strokes was even to reduce vibration further). We suggest the SXs are becoming like the latest iPhones: it is becoming trickier and trickier to find significant ways to raise the bar. Sauer raises an eyebrow but does not disagree. 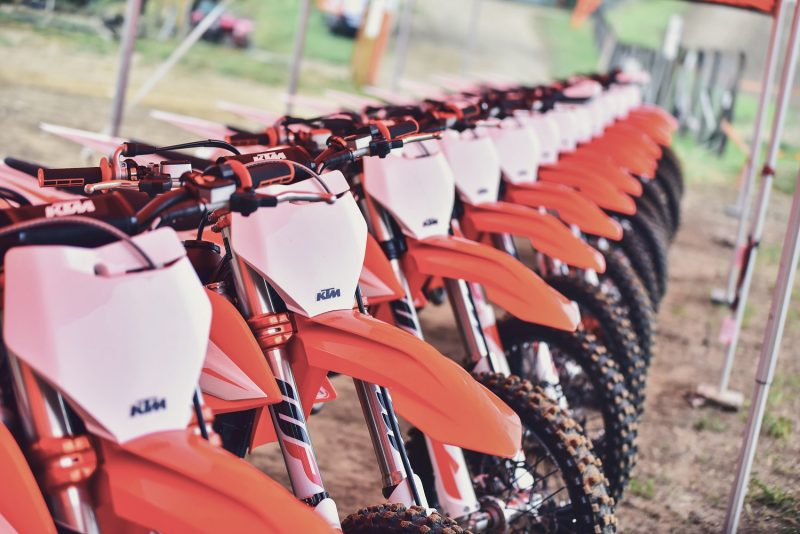 So, to get a deeper understanding of what the future of SX models could look like, we asked Sauer for some answers …

Jochi, it feels like it must be more difficult than ever to make progress with the SXs …
“This is exactly the problem. We work very closely with racing and the professional guys – we are READY TO RACE after all – and even if you ask the MXGP riders ‘what do we change next?’ they cannot really give you an answer. Instead you need to make a suggestion. If you go with a longer, shorter or lighter frame then it is hard to predict whether they will like it. I think today there is no real direction in which way we can go because I think we are really close to perfect.”

So, does the future means something more radical?
“We will stick to our concept. We won’t turn the cylinder around or something like that. We think our concept now is very good and I don’t see any radical changes in the near future. We are already working on the next generation and tests have been going on for a year. Such a project has to be finished far ahead of the launch. It is a lot of detail work to find out where we can go with the frame and inside the same concept. There are a lot of ideas coming in and we have a lot thanks to a close co-operation with the MotoGPTM department and their influence is coming into motocross. There is some space to improve, but today I don’t see much need to improve.”

As engineers is it difficult to slow down or stand still?
“Our guys never stand still and they always have ideas and things to try. There will be another generation of SX and it will be another step forward. We have enough time to do another intense development and we have a very experienced crew in combination with motorsport. You need to have a super-competitive bike for motorsport but it should also be rideable and usable for an amateur and to find this balance is always a challenge but we have experience with that.” 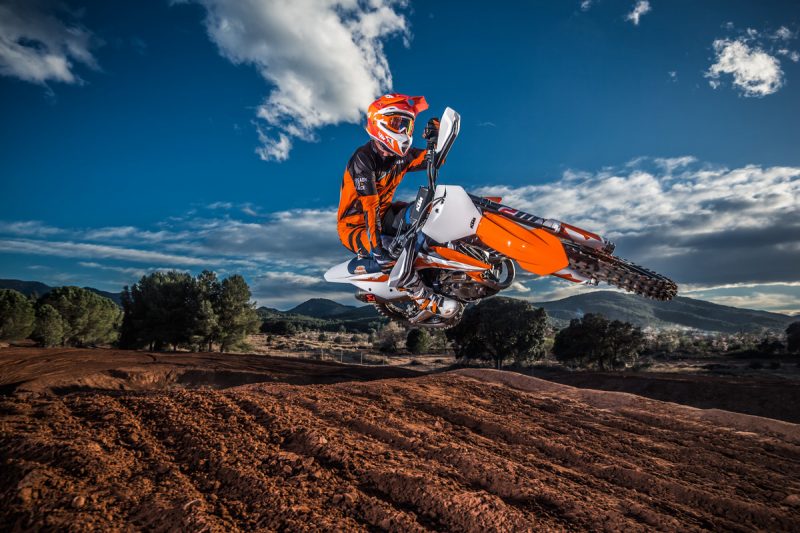 Does the future of motocross bikes involve more electronics?
“In this field there will be more and more … but right now the FIM doesn’t allow too much electronics in competition. We are working on the next evolution of the EMS system and in general there are thoughts about ride by wire so we don’t have a throttle cable any more … but the FIM doesn’t allow it yet. If all the companies convince the FIM this is the future then I’m sure we’ll see it eventually. Also, I think electronics with suspension could be something of the future. So far everything has kept quite traditional when it comes to motocross.”

What would be the benefits of ride by wire in motocross?
“You can control the power delivery much better. If you open to full throttle then the bike accelerates according to traction and so on. We use maps now but we are not as free as we would be with ride by wire. You’d be able to have real traction control for instance, but I don’t know if it is necessary for motocross but it could be an option or you could put a switch that avoids any slip. There are so many options. As KTM have a wide range of bikes in many fields and we are working on that stuff and if the guys believe there would be a benefit for motocross then we hope the rules might one day change to permit that.”

Is the technology and knowledge in MotoGPTM helping with this area?
“Yeah, absolutely. Not just in electronics but in data recording and then getting a result out of that recording. There is no point in having heaps of data if you cannot read and interpret them. There is a lot of feedback coming from MotoGPTM.” 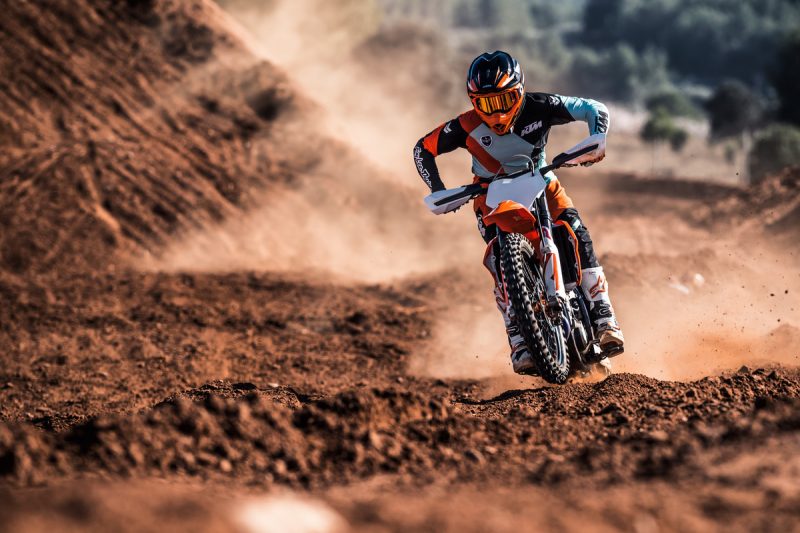 Overall does electronics swallow a lot of budget? Can it really be cost-effective with MX?
“I don’t see ride by wire coming in five years but I’m 100% sure that within ten years there will be no throttle cable any more. In ten years there might not be any noise either. It is something we have to face. The electric department will come more into the game for motocross in the mid-term future. So far offroad is not ready yet. As soon as the car industry really moves ahead then motorcycles will follow. There will be a certain delay, but it will happen.”