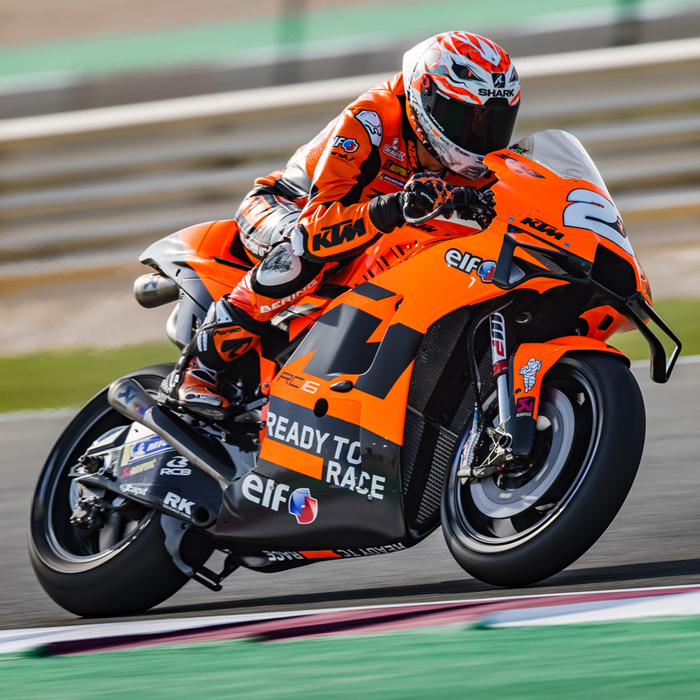 5 (MotoGP) THINGS YOU MIGHT NOT HAVE KNOWN ABOUT: TECH3 KTM FACTORY RACING

2021 is the third year of collaboration between KTM and the Tech3 racing team. On the eve of the new season here are five facts you might not have known about the new ‘orange blur’…

1. Tech3 KTM Factory Racing are one of the oldest teams in MotoGP™ and 2021 will mark the 20th year that the largely French crew moved from the peak of the old 250cc category (where they finished 1st and 2nd in 2000) to the premier class. Tech3 have always had diverse interests in Grand Prix racing and have been present in both Moto2™ and Moto3™ , while also currently fielding an effort in MotoE. After being one of the most prominent satellite squads in the paddock, Tech3 finally earns ‘factory’ status for 2021: both of the KTM RC16s in their care are works-spec machinery.

2. Tech3 took their name from the three creators of the team: Hervé Poncharal, Guy Coulon and Bernard Martignac. Today just Poncharal (Team Manager) and Coulon are integrated into the racing set-up that began in 1990. They had competed with three other brands before allying with KTM in 2019 with Miguel Oliveira and Hafizh Syahrin as riders. Despite running an eclectic array of riders, experience and nationalities since 2001, Tech3 only won a single Grand Prix and that was in Moto2 with Yuki Takahashi at Catalunya in 2010. Oliveira ended that dry patch – as well as giving the team their maiden success in the premier class – last summer at the Red Bull Ring. Fittingly for an effort formed and based around the number ‘3’ it was their 373rd GP in Austria.

3. Iker Lecuona starts his second season with Tech3 and in MotoGP, and at the age of 21 he is the youngest rider on the grid. The Valencian is one of 9 Spaniards in MotoGP (from a total of 22 riders) and will be eager to jump out of the group of seven racers still looking for their first podium finish in the class. Iker does have two trophies from three full seasons in Moto2. He is the fifth Spaniard to race for Tech3 on a full-time basis, following Ruben Xaus, Toni Elias, Carlos Checa and Pol Espargaro.

4. Like former teammate Andrea Dovizioso, Danilo Petrucci is one of few Italians to wear Tech3 colors. In fact, Marco Melandri was the sole other Italian racer for the squad in the premier class back in 2004. Danilo will be 31 years old in October, meaning he is not only the eldest of the KTM quartet but he has the most experience having been a factory rider for the last two seasons. 2021 will be Petrucci’s 10th in MotoGP and with two wins and 10 podiums he is already the most decorated among the ’21 line-up. ‘Petrux’ is one of only two riders in MotoGP to use a single digit number.

5. Tech3 will now run a corporate KTM color scheme; the first time ever for the manufacturer in Grand Prix. The squad have won numerous ‘awards’ by media publications and fans’ votes for the best-looking bikes on the track. But take a look for yourself…

6 Responses to 5 (MotoGP) THINGS YOU MIGHT NOT HAVE KNOWN ABOUT: TECH3 KTM FACTORY RACING