It only seems like yesterday that Red Bull KTM Factory Racing’s Josep Garcia was crowned Enduro2 World Champion. But with KTM turning their attentions to the newly formed World Enduro Super Series, the young Spaniard is busy preparing for an altogether new challenge in 2018.

Josep’s speed on two-wheels is unquestionable. With his whole family riding bikes, the 21-year-old jokes that ‘fuel is in my blood’. Growing up racing motocross, he even spent a season road-racing in the Red Bull MotoGP Rookies Cup before settling on enduro. Josep has won several Spanish championships before claiming his first world title in 2017. A new challenge now faces the fun-loving Spaniard, with the inaugural World Enduro Super Series kicking off with round one – Extreme XL Lagares – on May 11. A seven-race series, the WESS is made up of Hard Enduro, Classic Enduro, Cross-country and Beach Races. The KTM BLOG caught up with Josep to find out how he’s approaching his latest adventure.

We’re only a couple of weeks away from the first round of the World Enduro Super Series now, how are you feeling going into Extreme XL Lagares?
“I am feeling really good, I have been doing a lot of training for the WESS, especially on the KTM 300 EXC TPI, which I am really enjoying. I’m not sure how the race will go, but I’m ready to fight!”

With so many different types of events, the WESS is going to be very different to the EnduroGP championship, how have you altered your training to prepare for the series?
“Over the winter I have been concentrating on the extreme riding. I know my pace on the Classic Enduros will be fine but improving my speed on the more technical terrain has been my priority up to now. As the season goes on, the whole team will look at the calendar and prepare specifically for the next round as there are so many different styles of event – even the Hard Enduros are unique.

I’ll keep riding the KTM 250 EXC-F 4-stroke throughout the year too as I will also be riding the Spanish Enduro Championship. I want to keep a good feeling on the bike.” 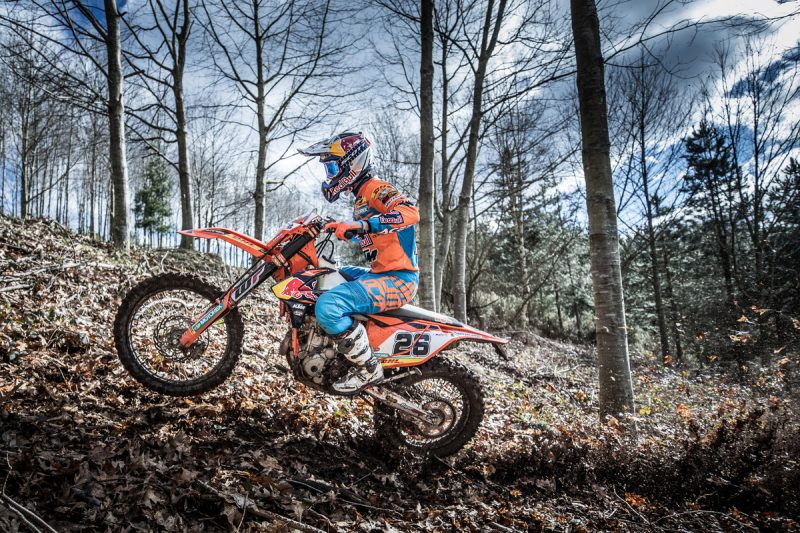 You entered the Bassella Race 1 Xtreme back in February and came fifth, just a few minutes from the win and beating some of the Hard Enduro regulars in the process. How did you find the event and did it help to prepare you for the WESS season ahead?
“Bassella was the first race I did on the KTM 300 EXC TPI  and it was really good training for the Hard Enduros in the WESS. We did the race using a GPS as well and I enjoyed that a lot, especially as it was good practice for Red Bull Romaniacs at the end of July.

I started really well in the race and even passed Alfredo, then as we were coming onto the faster section I hit a rock and broke my rear brake lever. After that I didn’t want to push too hard and risk crashing so I eased off a bit. I was so happy with the result though and it shows my training is working.“

So, the KTM 300 EXC TPI 2-stroke for the Hard Enduros, the KTM 250 EXC-F 4-stroke for the Classic Enduros, what about the Red Bull Knock Out Beach Race at the end of the year, do you fancy having a go on a KTM 450 SX-F?
“The team and I haven’t really discussed that yet, so I am not sure whether to go for the KTM 350 SX-F or KTM 450 SX-F. One of the most important things in the sand is rider fitness, the start is also important – you have to get away at the front. I am not too heavy so maybe the KTM 350 SX-F will be enough, we will have to do some testing nearer the event.” 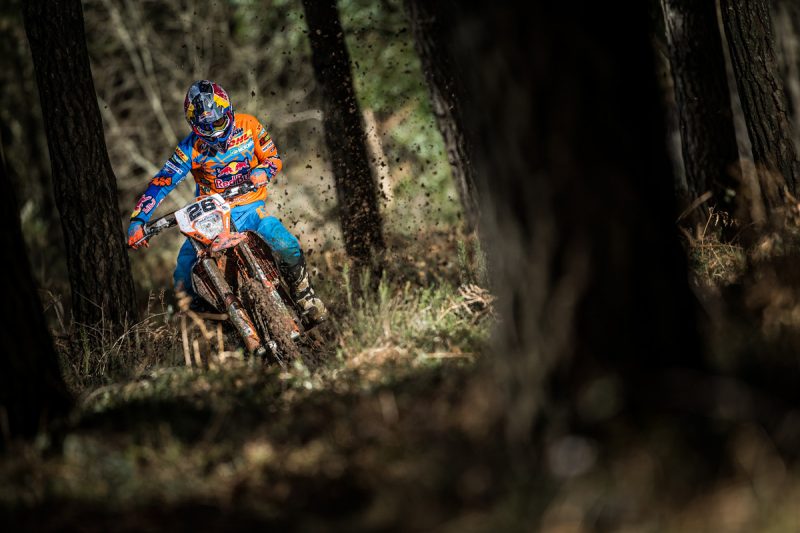 Your speed and motocross skills could come in very handy there.
“Yes, I like motocross tests, but Red Bull Knock Out is something different. It is all held in deep sand and it makes things very tough. I think Nathan Watson will do very well there and I will certainly need to train before the race to get used to it. We don’t have that much deep sand in Catalonia where I live so I think I will go to test in France to train in the sand.”

The KTM Enduro Factory Racing Team is now five-strong. You know Nathan from your time in EnduroGP, how well do you get along with the others in the group?
“I think we have a really good team, Nathan is great but also Taddy, Jonny and Cody are all really nice people – we have a lot of fun when we train together. Already we have built up a good relationship within the group and I think we’ll enjoy the season working and travelling together.” Have you been able to learn anything from the other members of the team, they all have strengths in different areas?
“Yeah for sure. When I go training with the extreme riders I always take a lot of care to see how they approach different obstacles. I have learnt so much already but there are still areas where I can improve. Even between Taddy, Jonny and Cody, they all have different techniques. Taddy really attacks things, Cody is very tall so his style is different. Jonny is a mixture of the two, he has some really good pace in the fast stuff but is also very good at the slower technical riding.”

As Enduro2 World Champion you know your speed is good on the Classic Enduros but which events are you actually looking forward to the most, perhaps something you haven’t tried before?
“I am looking forward to the extreme races, initially because I want to see where my level is compared to the Hard Enduro experts. I can’t wait to go to Erzberg, not just because of the race but because of the whole event – there are so many fans there and it looks like a really good event. Of course, I am still looking forward to Le Trefle because I like riding the grass test and I hope it will be one of my strongest events.” 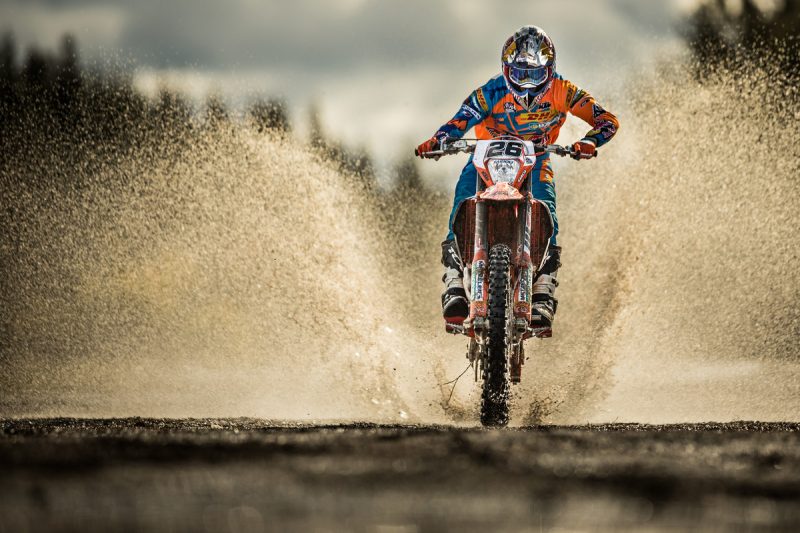 What about the Gotland Grand National, a cross-country race that normally ends up being extremely muddy, are you looking forward to giving that one a go?
“Oh yeah! Gotland will be very interesting, not just for the muddy sections but for the 1000s of people who race there – it will certainly be an amazing experience. Again, we’ll have to do some specialist training before that event.”

Finally, with the points system in the WESS rewarding consistency throughout the series, will you approach the championship differently to EnduroGP for example? A DNF at the WESS could mean the end to your campaign.
“I have always said that the guy who wins the WESS will be the guy who finishes all the races. He may not even win any of the events but yes, it is important to perform well. Maybe even fourth, fifth or sixth will be enough as long as you take points in every race. Hopefully with some top results in the races where I am strong and some good finishes in the others, I will be in with a shot at the title.” 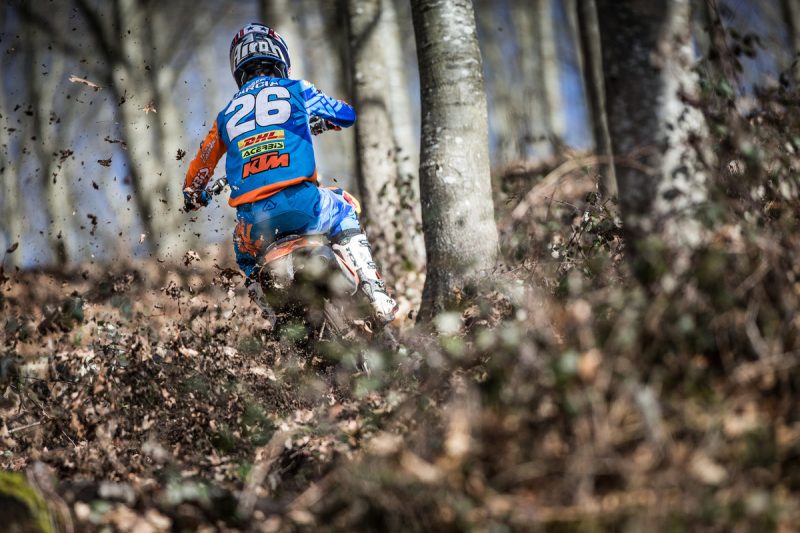 The World Enduro Super Series begins with the Extreme XL Lagares in Portugal from May 11 to 13.