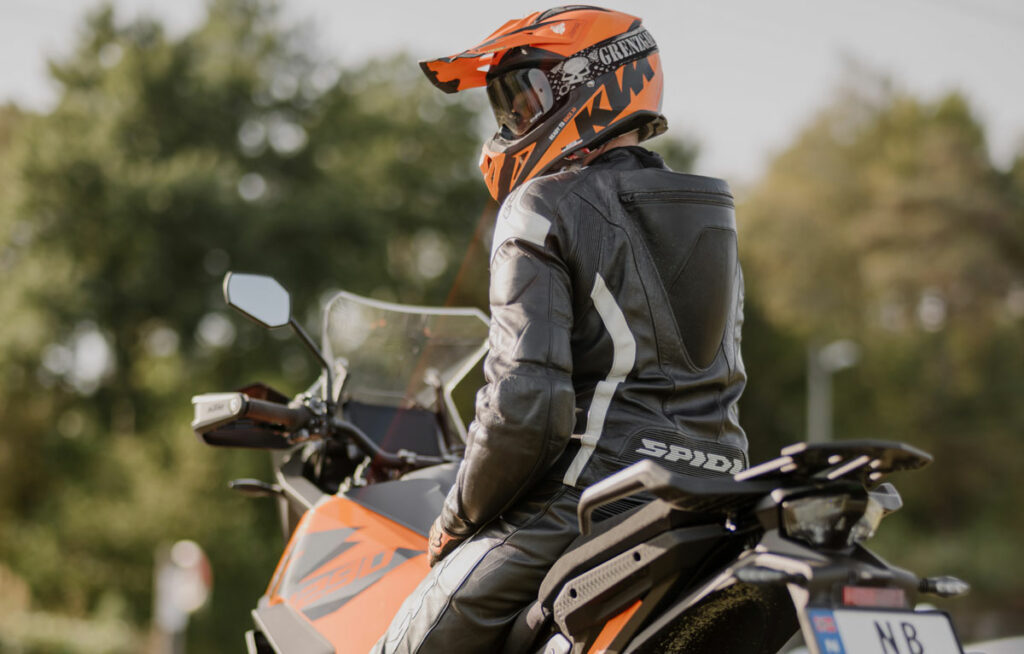 ARE YOU READY FOR THE WORLD ADVENTURE WEEK 2022?

Back for 2022, THE WORLD ADVENTURE WEEK will take place on July 4 – 10. The event that saw more than 2,000 participants complete 1.5 million kilometers in every corner of the world, is back bigger and stronger for 2022.

From the Hokkaido mountain passes in Japan to the Carretera Austral in Chile, in its inaugural 2021 edition THE WORLD ADVENTURE WEEK united the global biker community in a unique way. No matter what bike they rode, participants from 74 different countries grabbed the chance to #GoAdventure.

Recording every km of their rides within the RISER app while taking part in multiple daily challenges, those pure adventurers took part in 735 group rides, rode a mixed total of 25,000 hours and – most importantly –created cool riding experiences. In preparation for the 2022 event that is set to take place on July 4 – 10, we’re glad to share some of the cool stories that marked the first edition last year.

Chile’s Raúl de la Jara truly went above and beyond in his 2021 outing. With the event’s main challenge being a minimum of 1,000 km in seven days, Raúl’s true spirit of adventure saw him complete a total of 5,014 km.

“The first edition of THE WORLD ADVENTURE WEEK was an opportunity to get back on my bike after the COVID pandemic” confirms Raúl. “When I learned the event would be global, I set the goal to put Chile on the biking map. Seeing that more and more participants would sign up gave the motivation to ride across the country on my 1190 ADVENTURE R, despite the winter conditions and rain at that time of the year.”

“The plan for day one was to ride more than 2,000 km in less than 24 hours connecting my city Puerto Varas with the capital Santiago de Chile. Unfortunately, I chose the wrong helmet, so I only managed a little more than 1,500 km. After hours riding in the cold, my ears got swollen and I had to stop. During the week, one of the highlights was riding in the Osorno Volcano during a snowstorm. That was something I’ll never forget.”

“It was quite rewarding to see that I achieved the biggest number of kilometers. There was some strong competition by riders from around the world and for me it was very exciting to see that I topped the leaderboard. I’m now glad I took the whole week off from work and made it happen.”

Referring to the upcoming edition, Raúl says: “I’m super excited for 2022. I have some ideas already and I’m planning to do something epic. I’m sure my 1190 ADVENTURE R will be ready for the challenge and I’ve been planning my work holidays accordingly to make it happen.”

On the opposite side of the planet in South Africa, Mike Prinsloo had to ride up a mountain three times to become THE WORLD ADVENTURE WEEK – Day 4 winner and walk away with a brand new KTM TERRA ADVENTURE jacket.

“It was difficult for me to take part last year, as we were in a COVID lockdown at that moment,” tells Mike. “We could not leave our local province and that immediately made the challenges harder. However, taking part in the challenge gave me a sense of freedom to escape those troubled times. The situation now has improved a lot and that makes Adventure riding a lot easier. You’ve got to make the most out of every moment, as you never know what might lie around the corner.”

“The challenge for Day 4 was to accumulate 1290 meters of elevation. As we were not allowed to ride outside our province, I had to plan carefully so ended up riding up my local mountain three times. Achieving that goal and completing the challenge was special and even more special was when I got the email from KTM that I was the winner for that day. Despite traveling restrictions, the event gave me the chance to explore my region even better. There were places I’d never been before and I’m happy I got to meet a bit more of this place I call home. Also, on Day 6 we had to ride 390 km (-+5 km) and I ended up riding an extra 6,4 km so I missed that challenge. It was a bummer but at least I got to go out on my bike also on that day and explore. I’m really looking forward to taking part in the 2022 edition of the event.”

Nick Shane – A week dedicated to doing what I love

With three Americans inside the Top 10 of the leaderboards, representation from that part of the world was strong. Highest ranking American Nick Shane completed no less than 4,176 km during THE WORLD ADVENTURE WEEK 2021.

“To me, THE WORLD ADVENTURE WEEK means a dedicated week to doing what I love; Adventure motorcycling,” says Nick. “This also includes photography, hiking, trying restaurants along the way and experiencing everything the road has to offer. It motivates me to get out and ride more because I like the challenge of it and it’s also something you have to prepare for, which means more riding leading up to it.”

“Amongst many highlights from last year, what stands out is riding through the Badlands of South Dakota, dodging wild buffalo in Theodore Roosevelt National Park, and making a pilgrimage to Sturgis, South Dakota a must for bikers of all kinds. Overall, it’s been a great week on the bike, and I will very likely do another event in the future. The thrill and excitement of that week is like no other. Being mainly a solo rider it’s fun to interact with other riders within the challenge around the world.”

Emerging victorious from more than 2,000 adventurers in 2021, Glenn Vassnes completed THE WORLD ADVENTURE WEEK on a 14-year-old KTM 690 SM PRESTIGE that he borrowed from a close friend.

“When I first heard about the challenge, it sounded fun to virtually ride alongside other KTM fans,” confirms Glenn. “I learned about the event pretty early and was one of the first ones to sign up. We were talking about the event with my friends, and I had to borrow a bike from one of them. When I also heard the big prize would be a brand new KTM 1290 SUPER ADVENTURE S, I jokingly told them I was going to win it.”

“My work schedule that week was crazy, and I ended up having less than three days available to complete the key challenges and the 1,000 km. I did most of the challenges with friends and we had some cool moments… from making plans together, selecting routes and making sure we had a fighting chance to win the daily challenges. The feeling of accomplishment when I got all the needed challenges completed was massive.”

“Then a couple of weeks later, I got a call from an Austrian number and I couldn’t believe my eyes. It was the people from KTM, and they told me I won the bike! It really took me some time to understand the scale of it. I very much want to ride the event again. This time, I hope to have the full week off from work so I can also be up for the overall km leaderboard challenge. I’m planning to do it on the KTM 1290 SUPER ADVENTURE S I won last year.”

Stay tuned for more updates on the upcoming THE WORLD ADVENTURE WEEK 2022.

13 Responses to ARE YOU READY FOR THE WORLD ADVENTURE WEEK 2022?