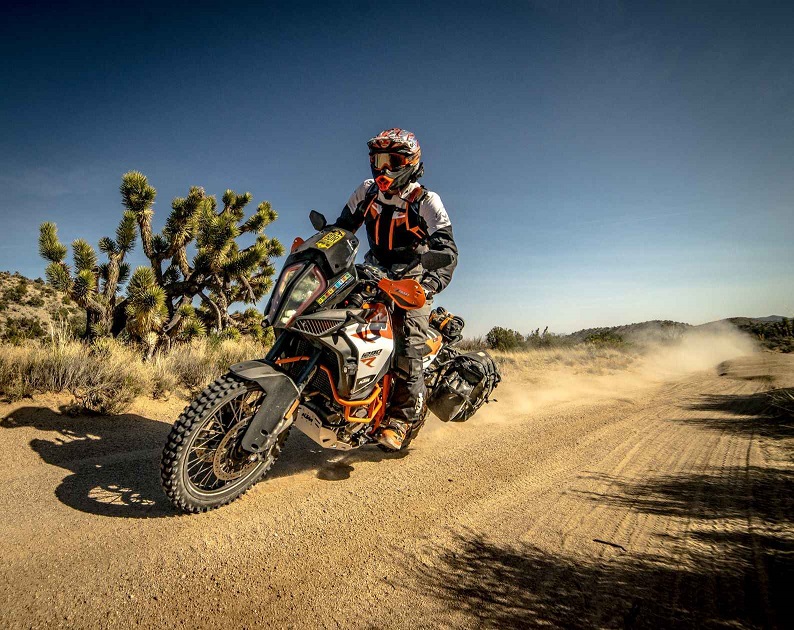 Adventure riders are always looking for new challenges, new frontiers. For some years the focus has been on heading east, riding the old Silk Route to venture into the Far East or across the vast Eurasian continent to the wilds of Siberia. But after nearly a decade of development, the Backcountry Discovery Routes in the USA are elevating the ‘New World’ to the status of THE adventure motorcycling destination. And with a new initiative to make access to these routes easier than ever for European riders there’s never been a better time to discover the magnificent US backcountry.

While the US is one the world’s most developed countries, its immense size (9.9 million sq.km) has meant its highly urbanized population has left vast regions as virtual wilderness, albeit with a network of tracks – many made by pioneers, gold miners and the like – perfect for adventure motorcycling. Since 2010, Backcountry Discovery Routes®, a non-profit organization created by a group of adventure motorcycling enthusiasts (many with industry connections), has been scouting and plotting adventure routes across the US. The first was Washington, the latest – the ninth – Southern California, and there are two more in development, with many more to follow.

Each route comprises approximately a week’s ride, typically 800 – 2,000 km – ideal for the adventure rider with a career, family and limited holiday time – much of it off-road and always through that state’s most spectacular scenery. The routes are a free resource, each comes as a freely downloadable GPS track, but the BDR organization also support each route with plenty of online information, with recommendations on sights to see, places to eat and stay, as well as general advice and a series of stunning custom-made paper maps – all of which make planning a BDR ride very much easier. 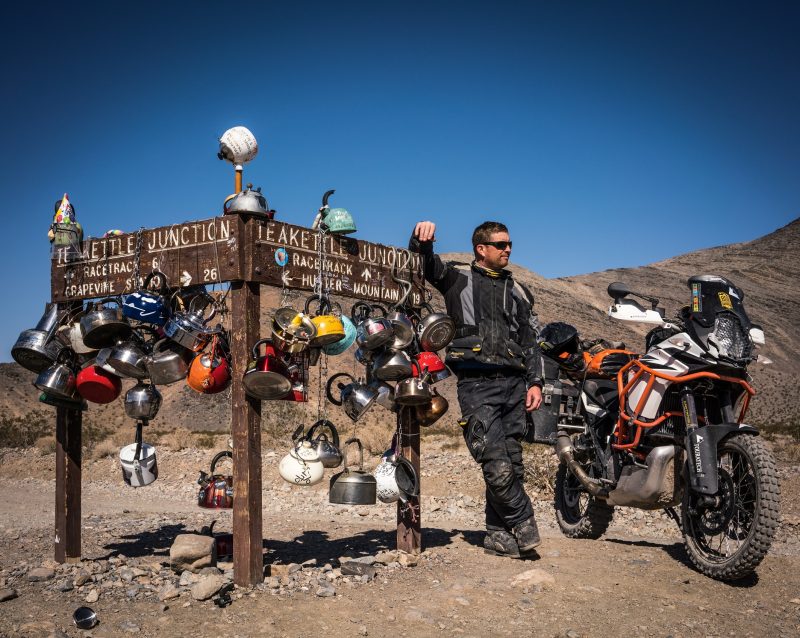 KTM R&D Street Test Coordinator Quinn Cody is a long-time supporter of BDR: “I’ve been involved with the BDRs since 2014 when Paul Guillien (BDR’s co-founder) invited me to a fundraiser and I learned all about it. I became passionate about it, principally because it makes adventure riding accessible to everyone.”

The organization is now adding to this resource a European BDR portal that will offer all the key BDR information in five languages (French, German, Spanish, Italian and English). European riders will naturally have specific concerns, from bike hire to insurance, guiding, group arrangements etc. and these will all be answered through this new portal.

Paul Guillien, co-founder BDR: “With nine existing routes, the BDR experience has become a staple of ADV riding in the US. In recent years, the BDR organization has seen an increasing number of riders coming from Europe, Asia and South America to enjoy the expansive riding areas in America. In support of this trend, the BDR organization has created a new program to make it easier for people to fly to the US and ride a Backcountry Discovery Route.” 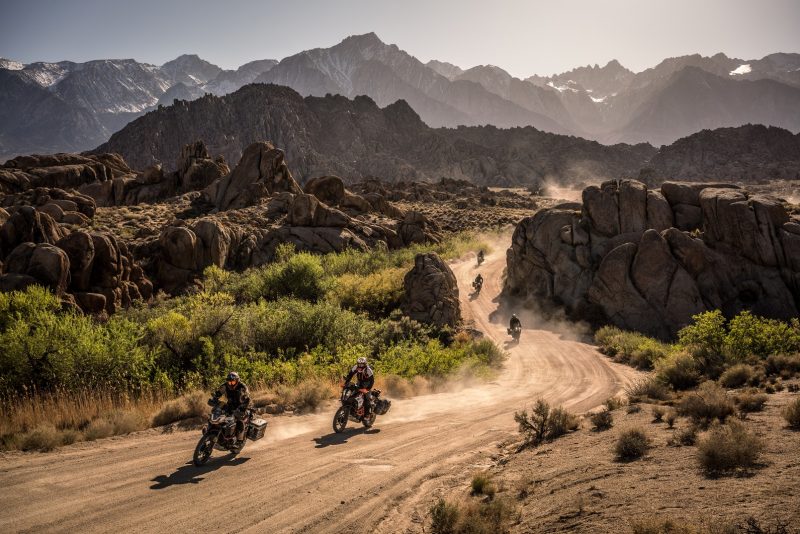 “I’ve raced all over Southern California yet when I rode the new BDR route there I experienced the locations and the deserts in a completely different way,” adds Quinn Cody. “Riding through it on a motorcycle with your camping equipment, you simply spend more time in the environment, you stop earlier to set up camp, cook your dinner, in the morning you’re making coffee, breakfast and all the time you’re in the environment – the desert – not a motel room. And you’ll see the different colors of the day, feel the change in the temperatures, you could call it immersive.”

KTM North America has been a long-time supporter of the BDR project. These routes are about responsible motorcycle travel, on sustainable routes, and as well as offering joy to riders they are bringing economic relief to less-advantaged rural communities, many of whom have been left behind by the technological and economic race of the last century.

KTM North America Marketing Manager Tom Moen says: “At KTM we are all about riding our motorcycles and supporting BDR for all they do to keep trails and remote roads open for motorcycling. We are thrilled to assist them where we can and encourage riders to get out and experience motorcycling in the backcountry. The BDR organization works hard to create new routes and provide GPS tracks and trip planning resources that we can all use.” 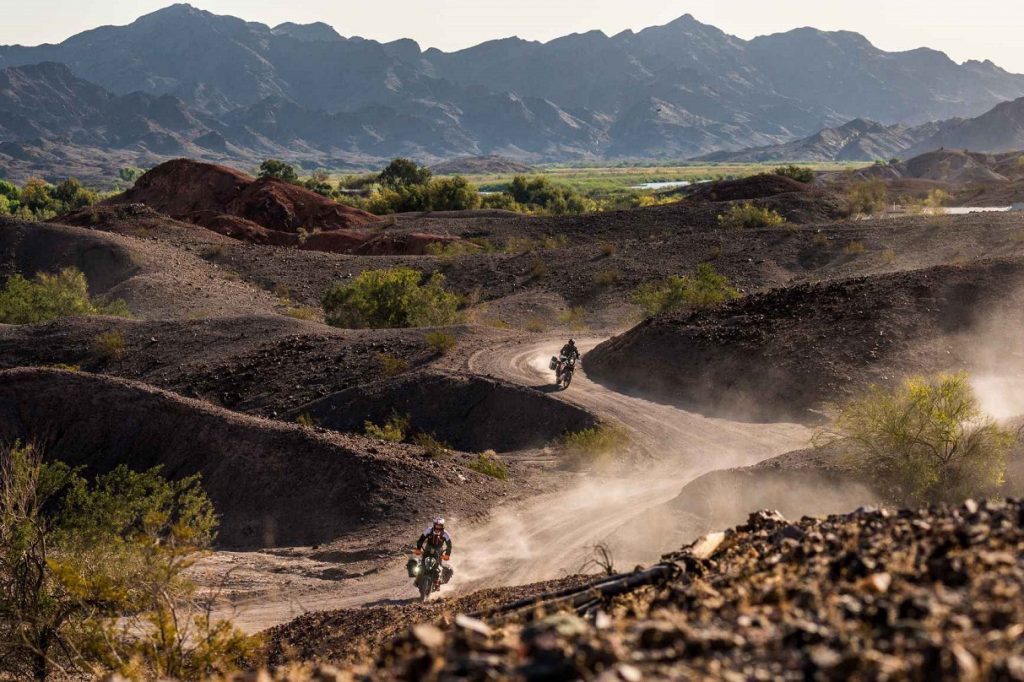 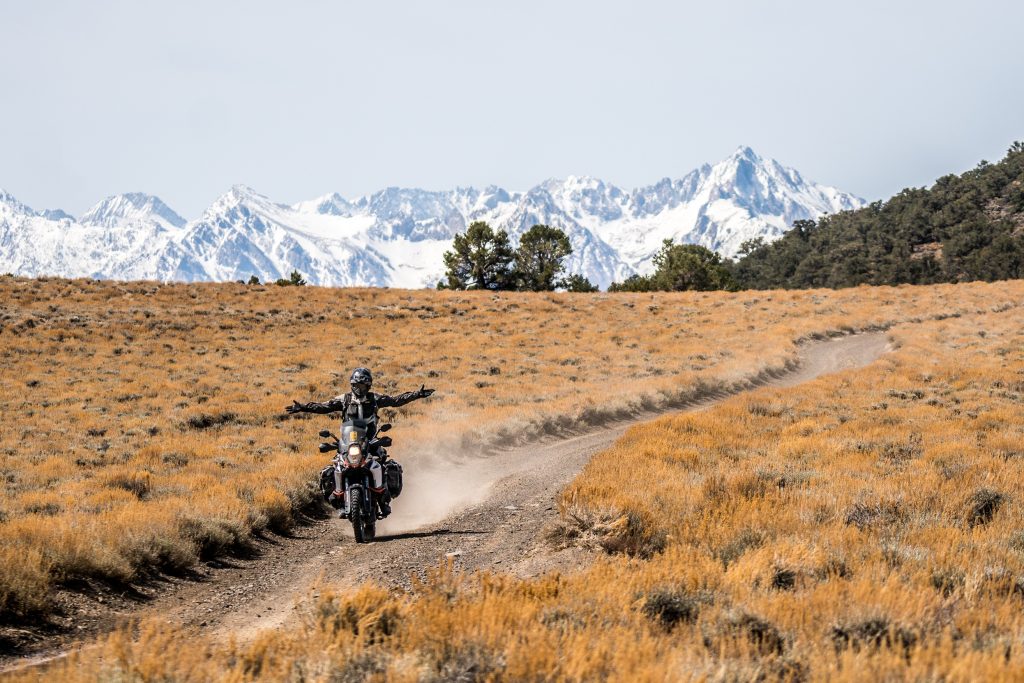 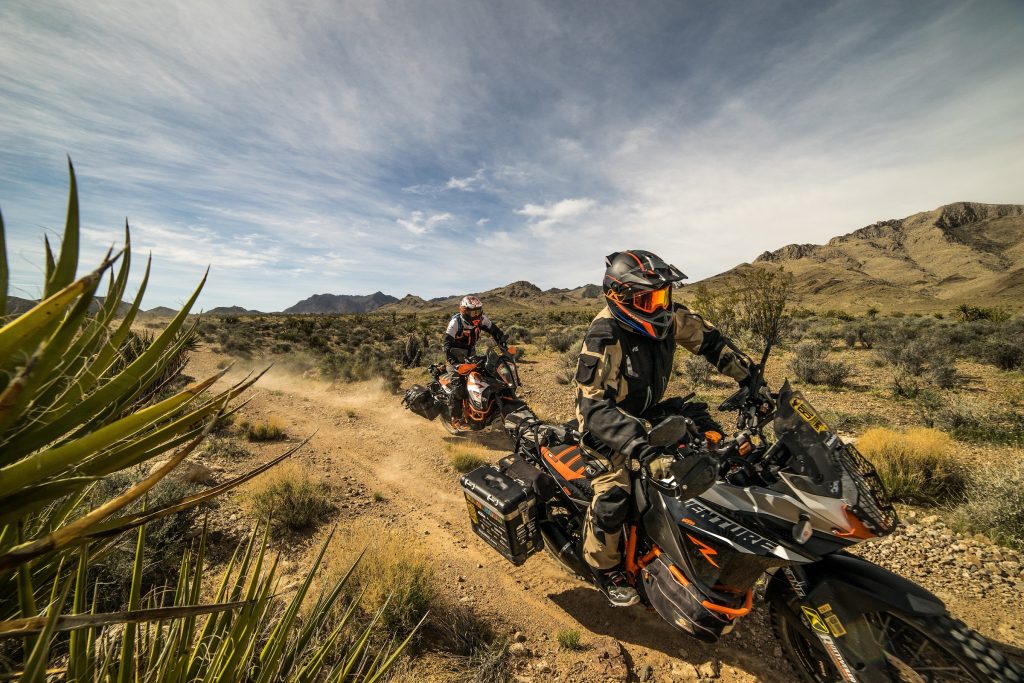