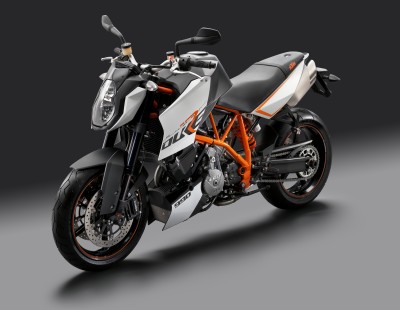 There is something thrilling and very ‘last minute’ about Superbike racing at the moment. After the exciting climax to the WSB season last weekend the German national scene also had an ‘edge of your seat moment’ at the series finale as youngster Stefan Helldobler held off ex-champion Dirk Schnieders for victory …

There are many brand-specific championships or cups but the KTM SUPER DUKE Battle has been one of the most popular for several years now. The race series was previously held under the direction of KTM Germany. As this was no longer possible in 2012, a handful of enthusiasts organised the contest – remarkably – by themselves. 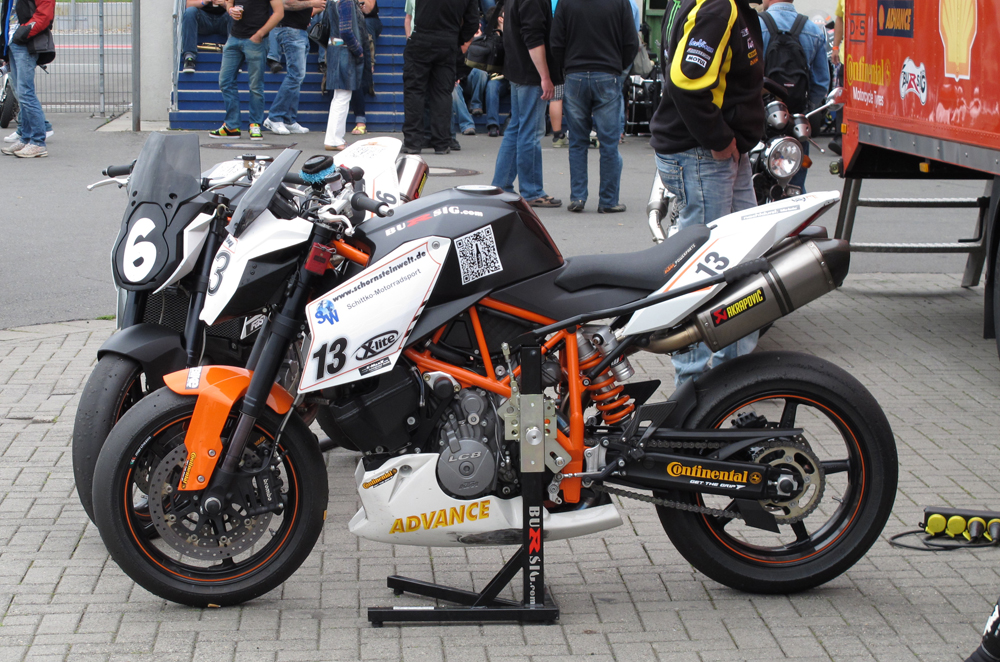 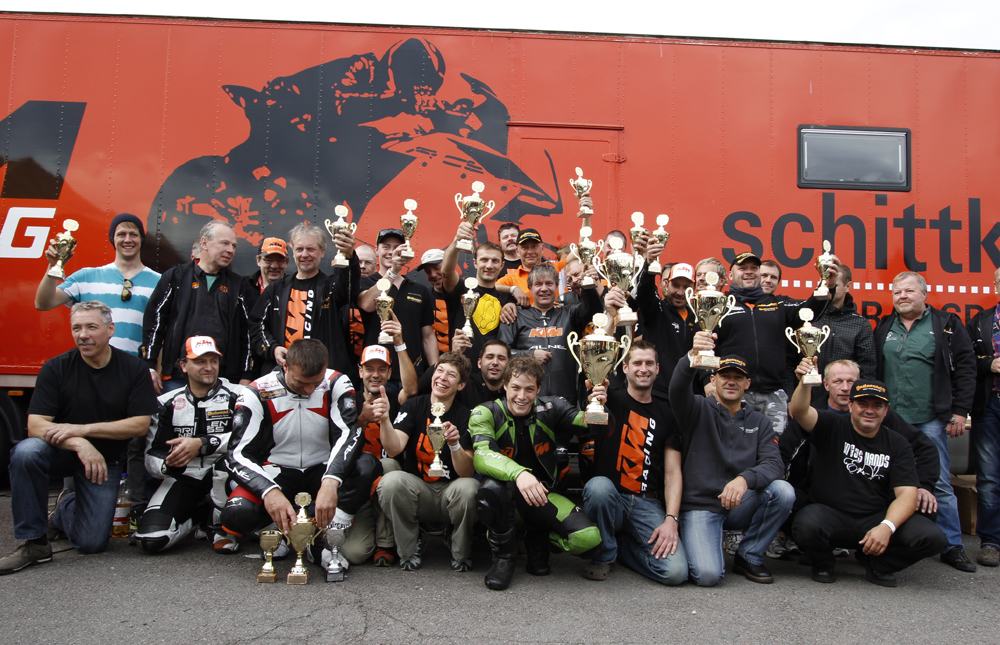 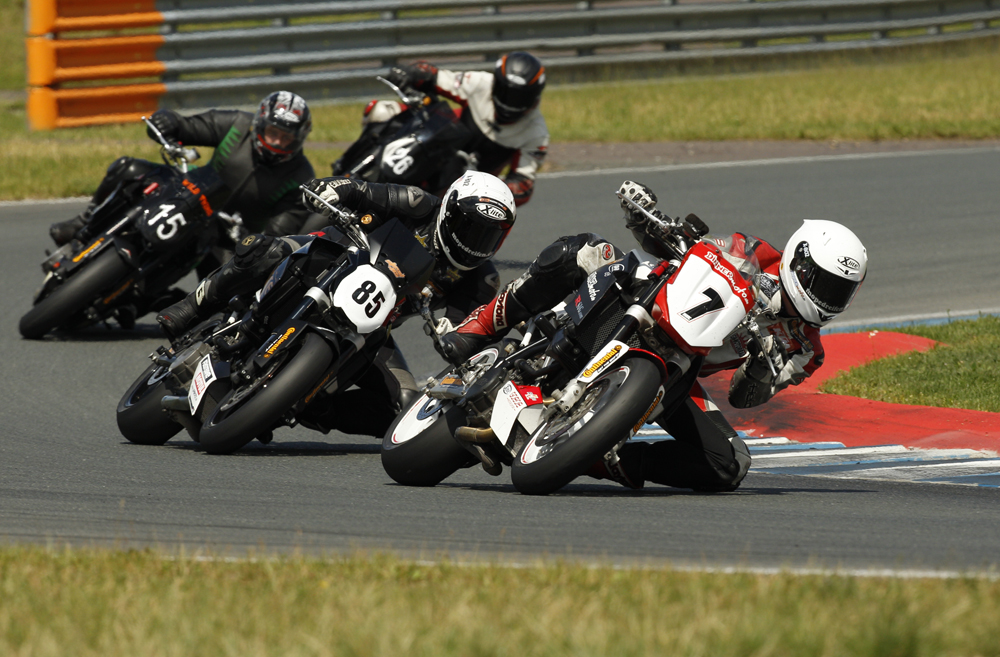 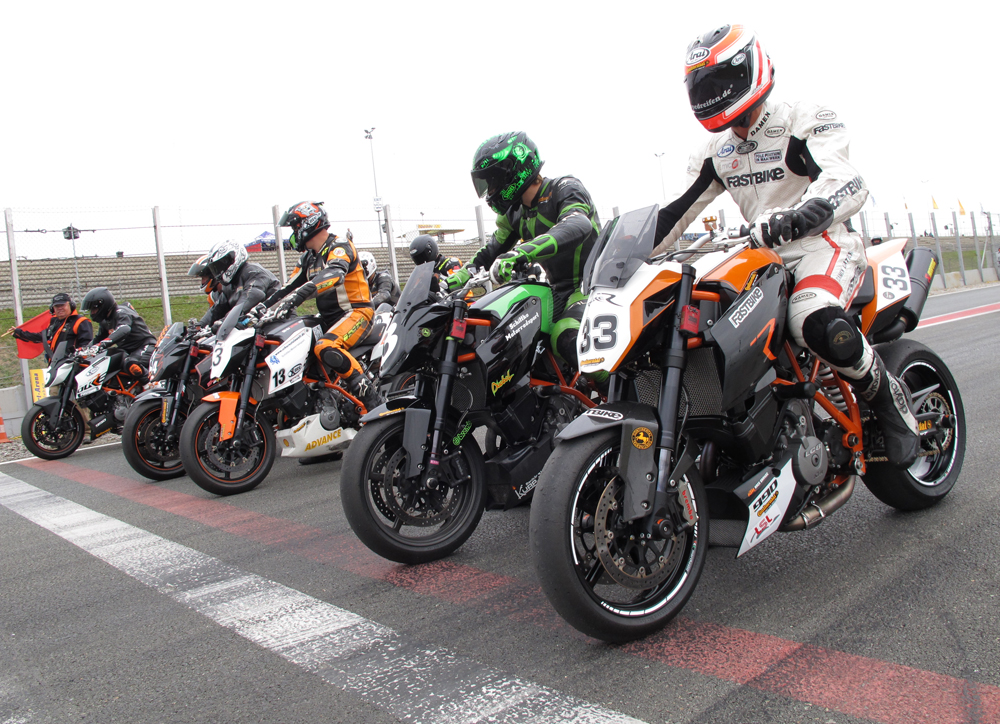 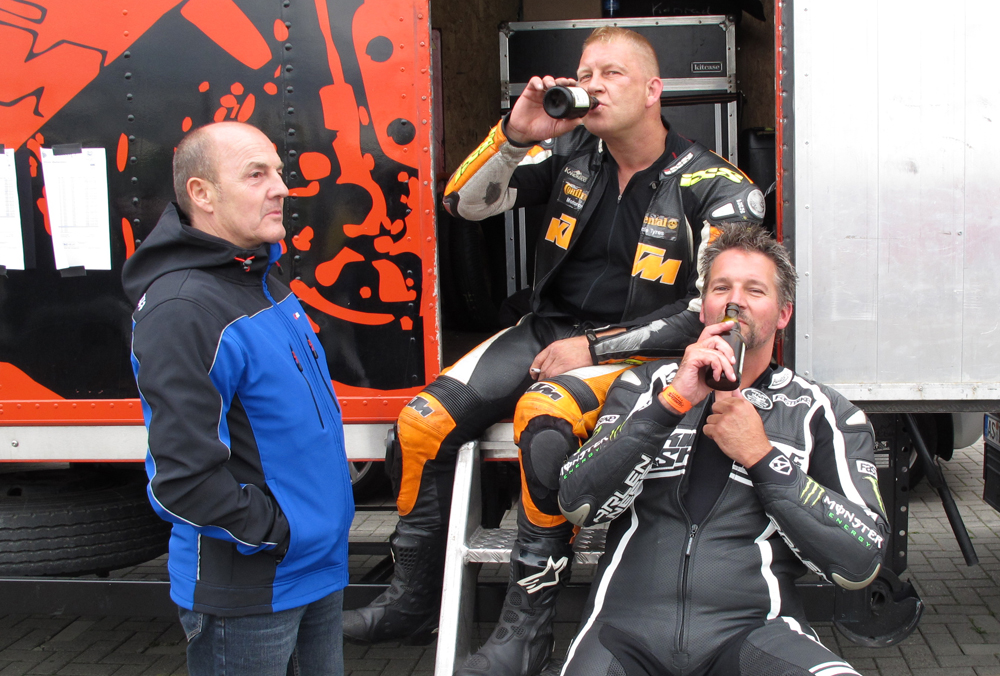 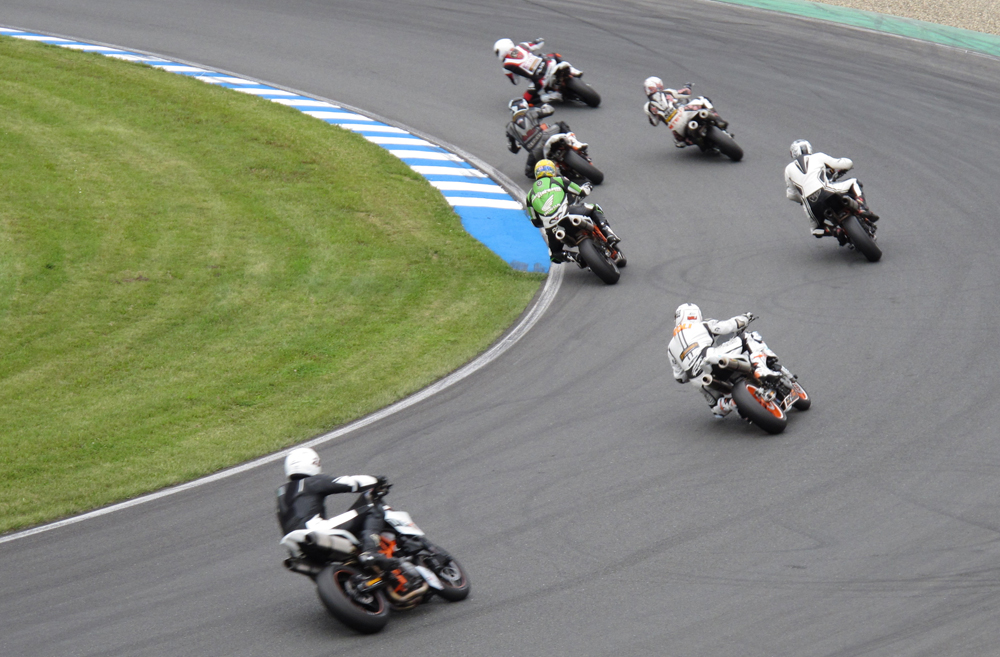 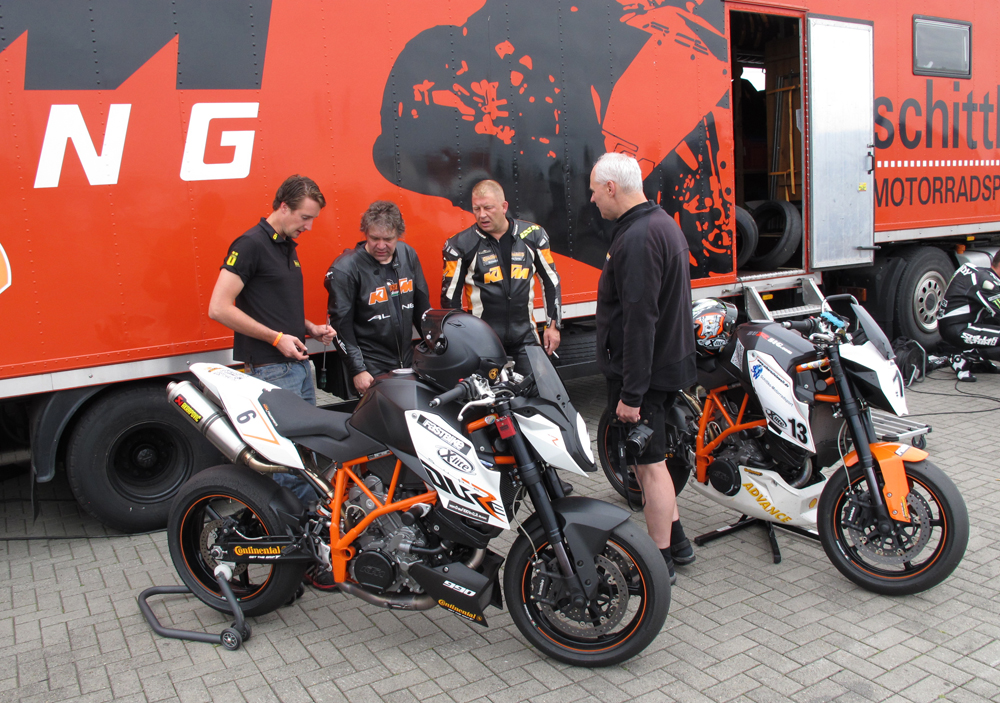 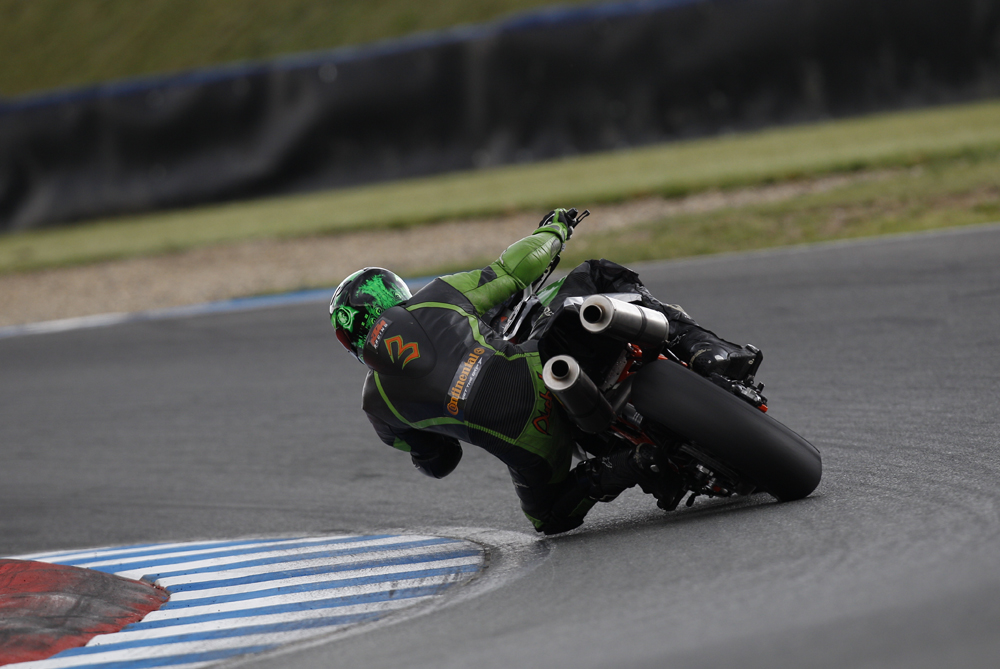 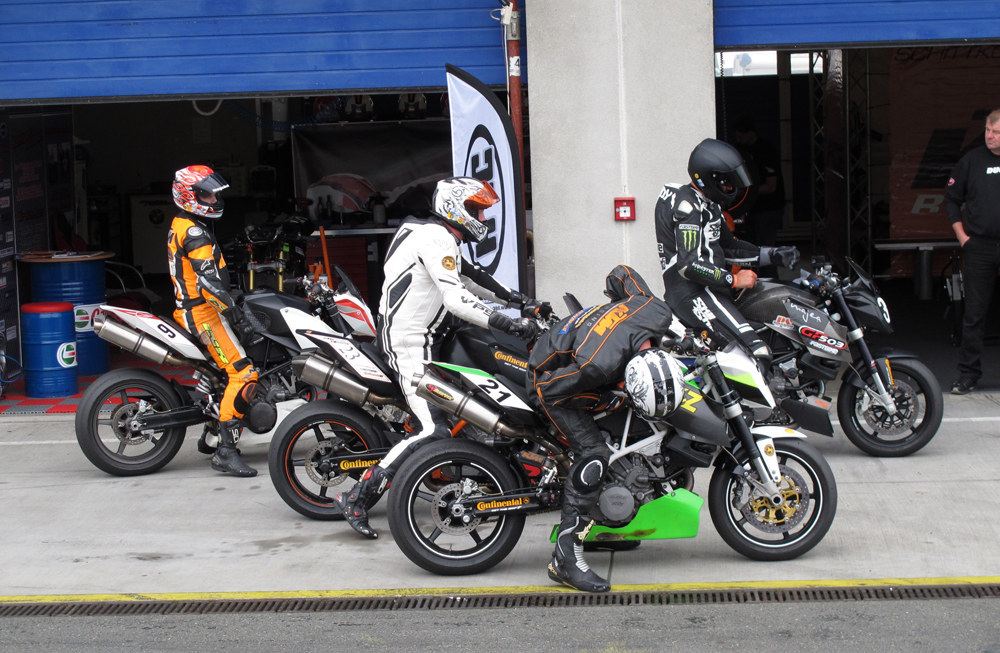 This time, the championship went by the name of ‘Continental SUPER DUKE Battle 2012 powered by mopedreifen.de’. Konrad Schittko, a sports-mad KTM Dealer from Unna, travelled from race-to-race with his truck and trailer, providing the necessary technical support. Mike Fiedeler, who like Schittko was an active cup competitor himself, took up the organisational reins.

A total of seven rounds with two races each were staged, providing plenty of fun on and off the track for the 35 starters. The great camaraderie, buzzing atmosphere and fair cooperation between all those involved was exemplary and was one of the reasons for its success.

On the track, the season developed into a battle royale. Past master Dirk Schnieders, already a three-time SUPER DUKE champion, notched up 5 victories in the first 6 outings before his winning streak came to an end at the hands of young talent Stefan Helldobler, who became increasingly dominant, also stringing together 5 wins in succession.

The title was not decided until the final race. Schnieders won Heat 1, but then had to retire from Heat 2 with a technical fault; a bolt came loose from the cylinder head cover, resulting in massive oil loss. So Helldobler, who had turned up with an 18.5-point lead, managed to ease his way to the crown with two third places.

The likeable rider from Dinslaken, nickname “Dübel” (rawlplug), collected a total of 273.5 points on his way to the number one plate. Runner-up Schnieders followed with 248. 3rd overall went to Hendrik Ladiges (234 points), who took the final place on the podium after an impressive 9 top-three finishes.

Battle will commence again next season as well on 990cc KTM Superdukes (with and without Rs). Don’t hang around for too long if you want to be a part of the scene for 2013. The number of people registering (at www.conti-battle.de) is exceeding all expectations again and the number of places left is shrinking constantly.