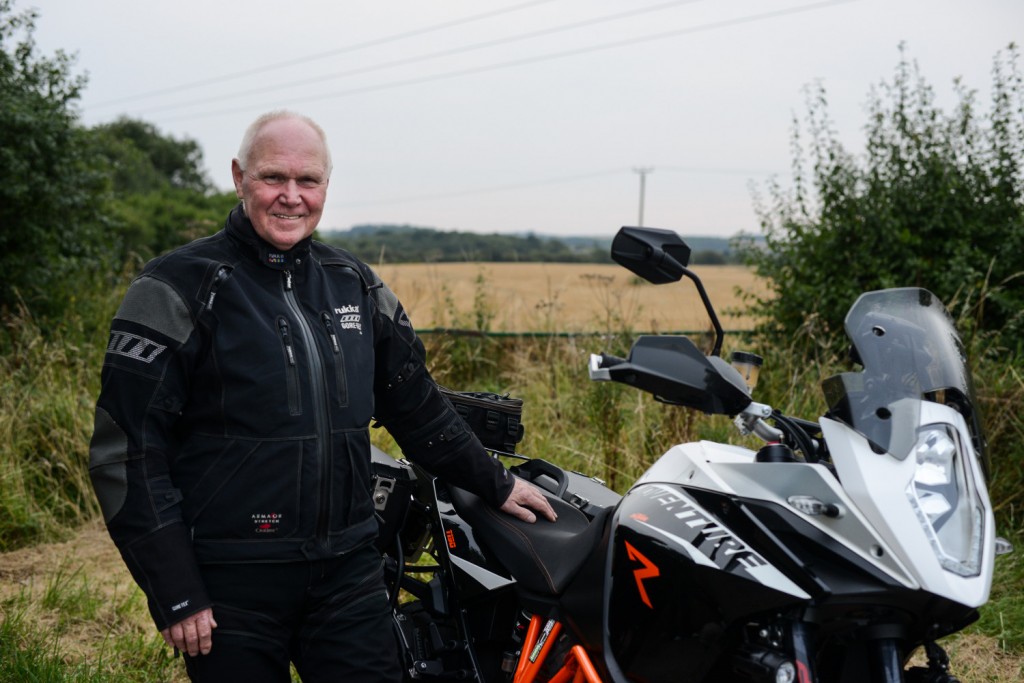 Every year we at the KTM BLOG hear amazing stories about fantastic people going on exciting adventures with their KTM motorcycles that are taken far and wide. One of those is Bob Wilson, a 69 year old KTM fan from Newcastle, UK who found his love for adventure riding since he retired from work in the gas industry. He’s got the bug, and there really is no stopping this man now! 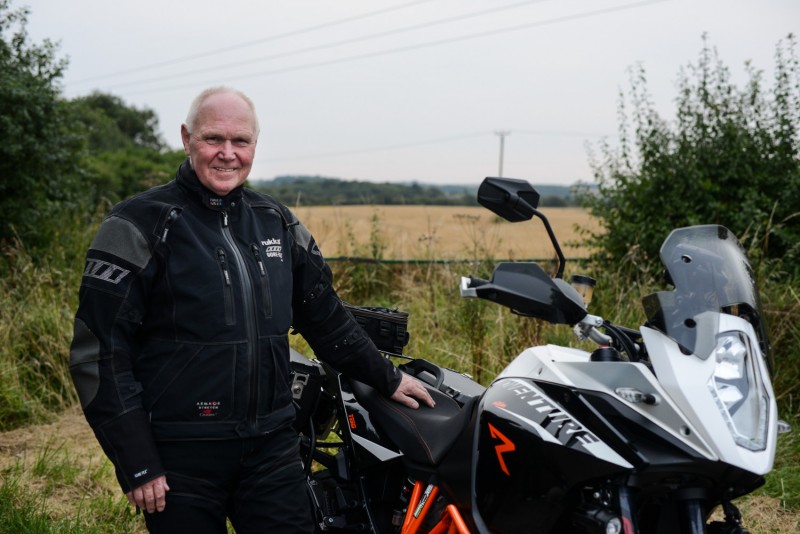 Bob started riding aged 16, and has had a bike of some sort throughout the last 40 years, as he thoroughly enjoys riding a motorcycle, no matter what the weather. For him the realization of wanting to go on adventures came on a trip to France, when he made a difficult climb to a village that was linked to another place by a dirt road, which wasn’t accessible on his touring machine.

“After a couple of bikes I knew I wanted something more capable, and that’s when I started to look at a KTM 990 ADVENTURE 10 years ago. I ended up having three of those, and I decided that when I retired I would be more ambitious and do a trip to South America. I shipped my KTM there and rode from Buenos Aires to Ushuaia, then to Alaska and Prudhoe Bay, then back home via New York. That bike did 80,000 km in 18 months and as I was meticulous with servicing, the only thing it needed was a set of fork seals that probably would have been okay with a clean. I was amazed by the performance; I used seven sets of tires, a few sets of brake pads, but only one chain set, and I became a huge KTM fan.” 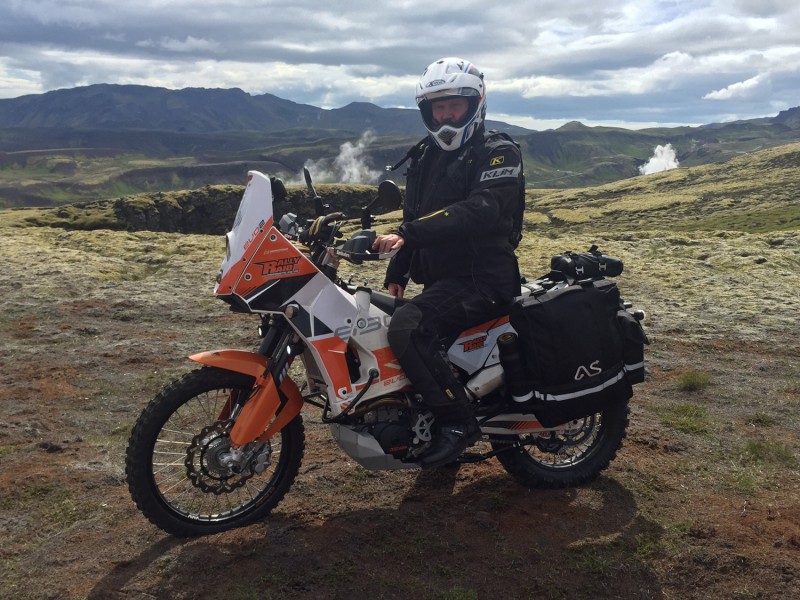 Bob’s first big adventure trip was to South America, where he got a real taste for offroad riding, including the experience of the extreme floods in the Andes in Argentina – it hadn’t rained there for 25 years, but flash storms when Bob arrived in 2011 were an intense lesson on how to follow lorries across rivers, and his journey went right up to the salt roads of Alaska. It was an epic journey by any biker’s standards.

After a number of different expeditions, the British biker most recently went to Iceland for 14 days, where he continued his learning on major river crossings, which can be quite dizzying with the current, the view into the water and the width of the rivers. It was certainly daunting and his experiences are not for the faint hearted. 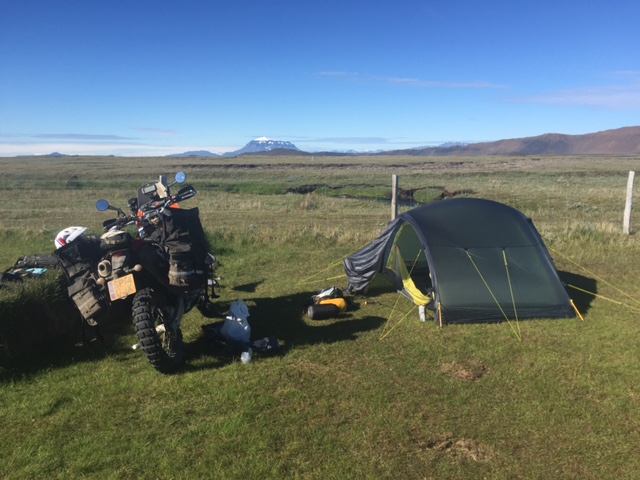 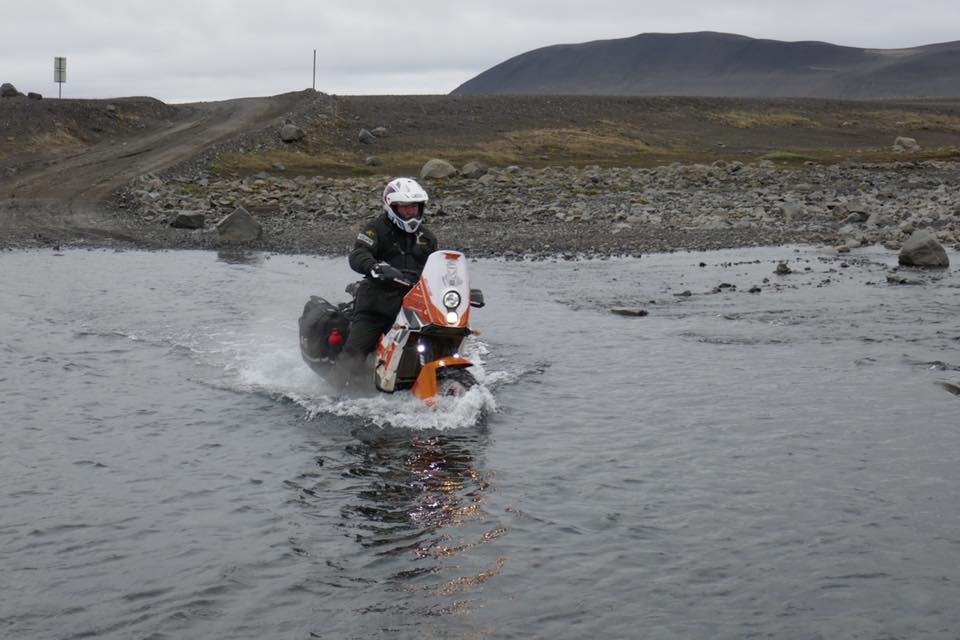 “That trip across South America up-to Alaska was amazing. I went from as far south in South America you can go, to as far north in Canada you can go and the Alaska Highway was amazing. I was also determined to get to the Prudhoe Bay, which has a story relating to home and the company I work for has a big presence there. I live three miles from where that bay was named after due to Baron Prudhoe from the UK. You have to go up one of the ice road truckers’ roads, the Dalton Highway. You go from Fairbanks, up to a place called Coldfoot and then there’s 250 miles to go to Prudhoe Bay, but there’s absolutely nothing there.”

“I arrived at Fairbanks, the start of the journey, and I was quite tired. The weather was good and rain was forecast, so I knew we needed to crack on. It was a salt road, which was difficult to ride over two up with a heavy bike. We stopped at the Yukon crossing. A guy arrived in the night; he had ridden from Dawson, rode to Fairbanks, road to Prudhoe Bay and back again. Roughly 2,000 km! He pulled up to sleep and saw a bear so decided it wasn’t the best place to rest, that’s the kind of terrain it was, just like you see on television. You have to remember on these roads it is the lorries’ roads, and I learned that the hard way. He was faster than me downhill and I was faster than him uphill, so the trucks don’t mess around!” 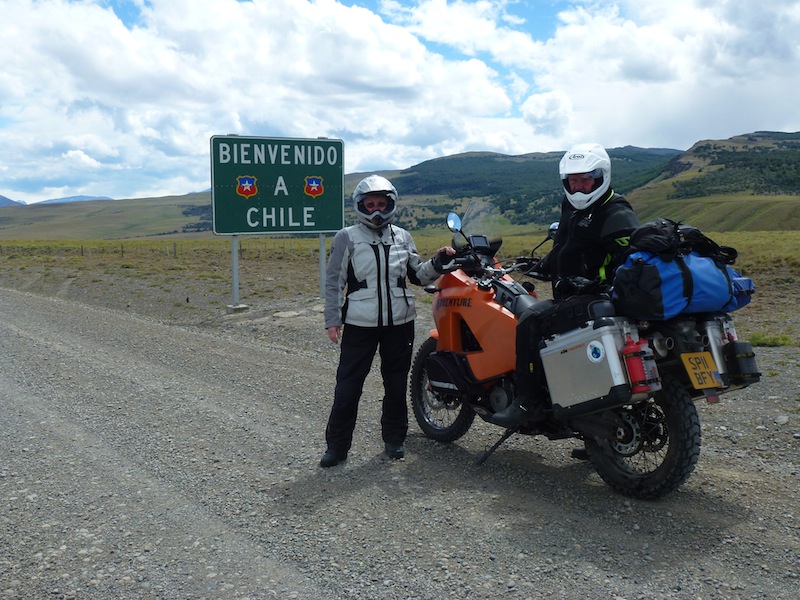 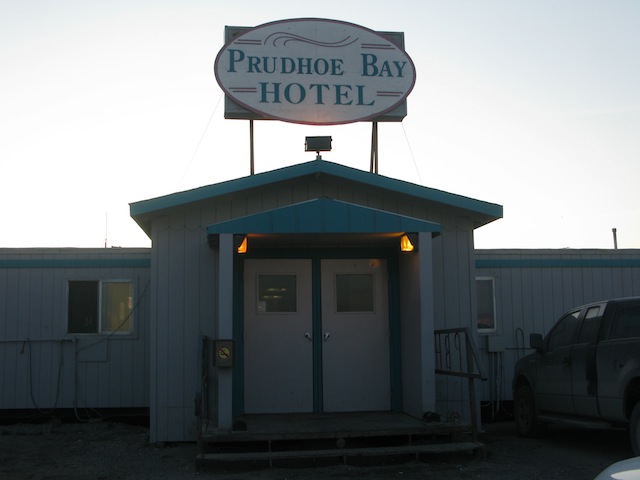 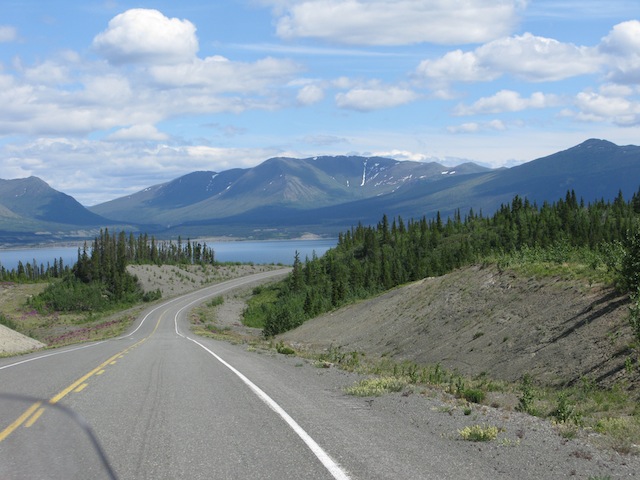 Bob has slept in tents, slept under the stars, in cabins and ridden some of the gnarliest terrain imaginable. He says the spirit of the people and the biking community is very special, and his stories are unbelievable.

“Crazy weather wise I’ve seen huge dust devils in Morocco, a huge sandstorm there too, which was just a wall of sand advancing in the sky, the emptiness of the Atacama Desert, the crystal cold water of the pacific and the clear sky with stars at night, and the thunderstorms in the Andes were savage,” continued Bob. 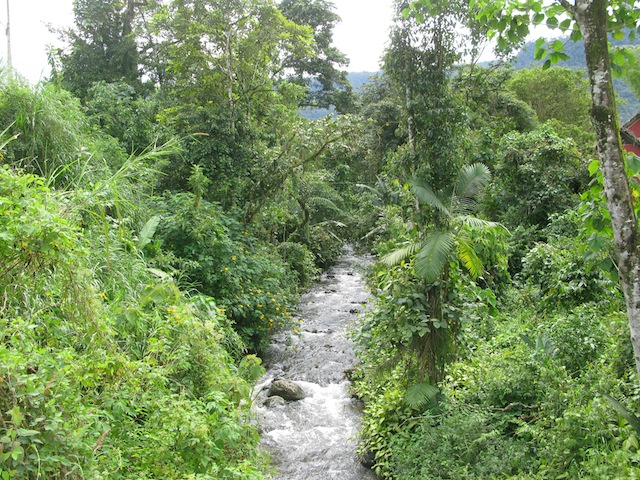 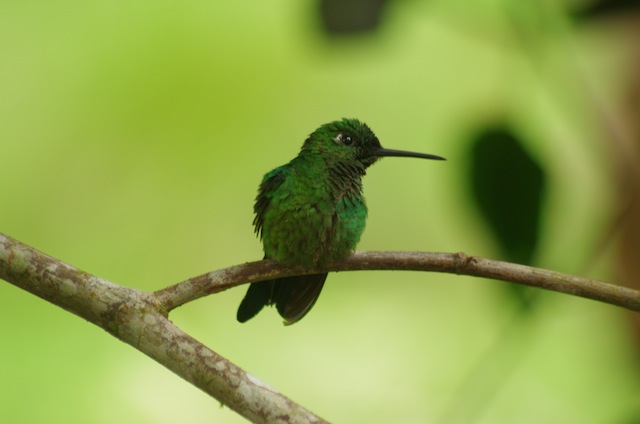 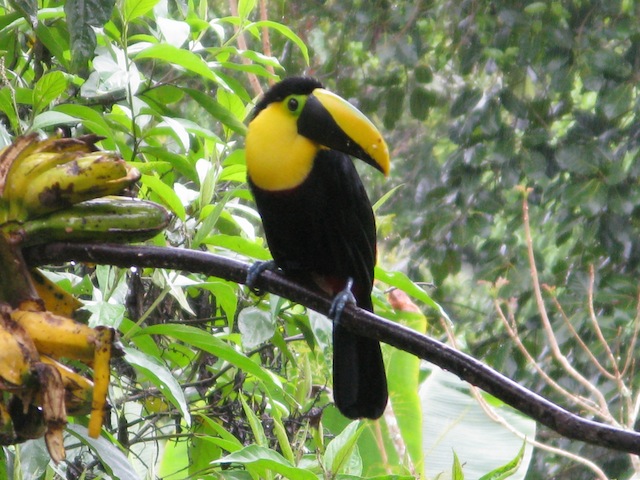 With his experiences, we decided to check with Bob his top tips for touring!

Petrol, petrol, petrol: “In Argentina quite often you’d get to a fuel station and there would be no petrol. So the locals would be camped up overnight until the tanker came, as they couldn’t go any further. I had safari tanks on my 990 carrying 45 liters of fuel, but I’ve some funny stories about chasing around and following tankers to get fuel that’s for sure. The fuel there also dissolves the rubber seals, so I now carry spares of these. In the past I’ve had to make my own seals when I’ve filled up to ensure we don’t lose any. Also, take a funnel with a filter in it; you need this! On my 1190 ADVENTURE R I have an extra tank for more fuel, so I can carry 32 liters, which will roughly do me 330 miles. My 690 comes standard with 14 liters, so I got three extra fuel tanks, and this gives me 28 liters of fuel, which is also well over 300 miles, and it still looks nice.”

Don’t plan your journey too much: “You never know what’s going to happen, and it makes the adventure much more fun. Although you do need to roughly know where the fuel stations are, see point number 1!”

Keep your weight down: “I sent 20 kg of luggage back on my first trip to Argentina, which cost me £1100 (EUR1300)! I was trying to carry too many things. I now have a tent that weighs 1.8 kg, titanium cookware, and I’ve even got titanium spanners to keep it as light as possible. I’m getting older and I need to still be able to pick the bike up if I drop it.”

If you’ve got a passenger get an intercom: “My wife is another pair of eyes, as in some of these countries the driving is different from here. For example in South America the bikers, which are mostly on 125cc machines, ride in the gutter, and this isn’t possible on a big bike, so the car drivers don’t expect to see a biker on the road.”

GPS: “Is vital! It also plays music through the intercom, which helps on long, boring trips. I plot the route day by day. Although I have to say it’s not always efficient; I’ve ended up in the middle of the desert at night with a puncture and vultures circling above! We’d also managed to get the bike stuck on its side with the back wheel out. Two hours later we were back riding, but we had a lot of interest from the local wildlife. We continued down the route we were following on the GPS, which told us the next turn off was 60 miles away – turns out it wanted us to do a U-turn! It was character building for my wife and I. In fact it’s also worth mentioning we’ve been through the desert in the pitch black where she’s been off the bike with a torch picking the route, and we’ve done river crossings and really difficult riding together. Hard at the time, but very satisfying.”

Bob’s next trip is to New Zealand, where he’s planning to spend some months riding around the whole of the country. He also is planning to go to Bolivia, Peru, Ecuador, Columbia, Mongolia … “My grandmother always threatened to send me to outer Mongolia as a child, so I’ve got to go!”