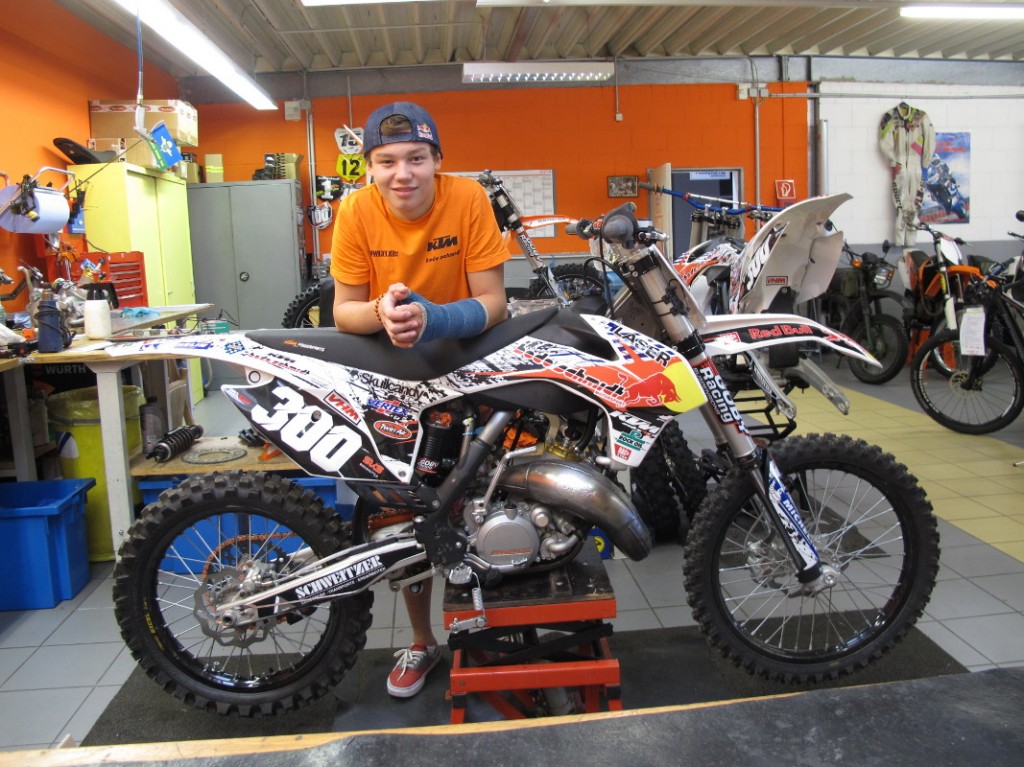 Being a racer means to be in pursuit of one´s goals and dreams, even if it sometimes requires to break down barriers and difficulties. Bradley Cox´s aim is the MX2 class of the MX World Championship. To come a bit closer to his dream, the 16 year old moved from South Africa to Germany. The MX talent now lives in the small Saarland town Schmelz and is competing for the KTM dealer and former racer Bodo Schmidt, who is running an offroad team for many years. 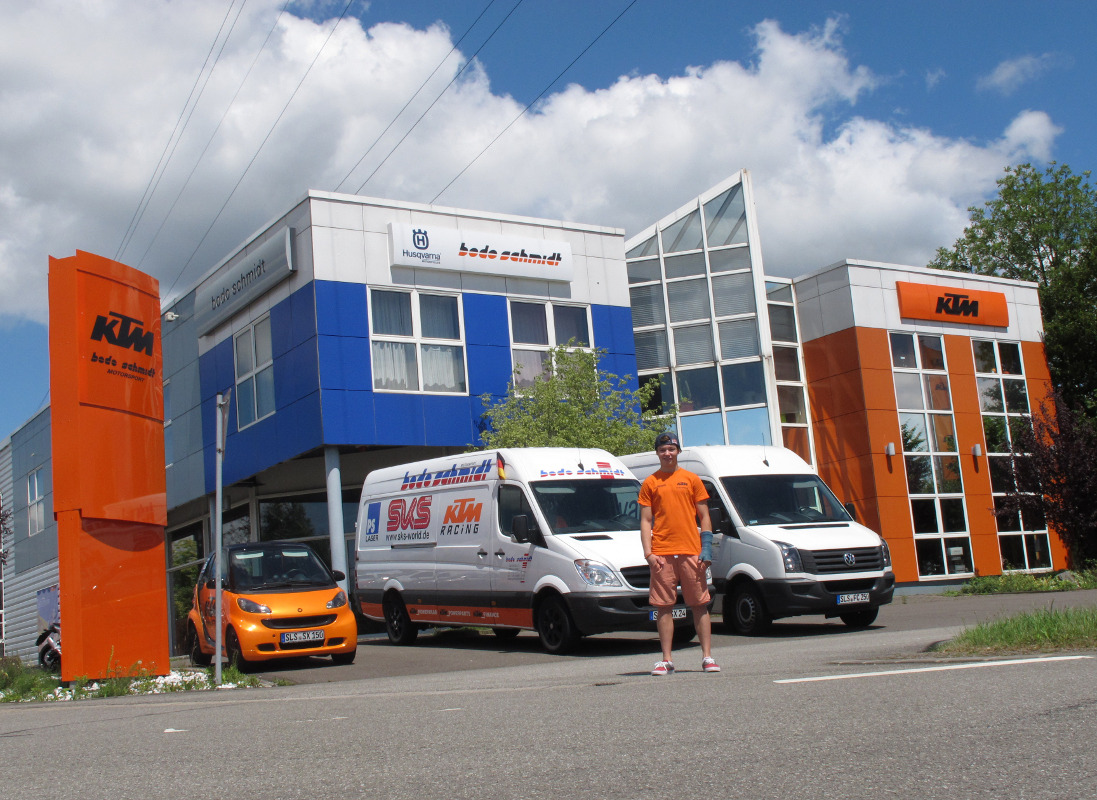 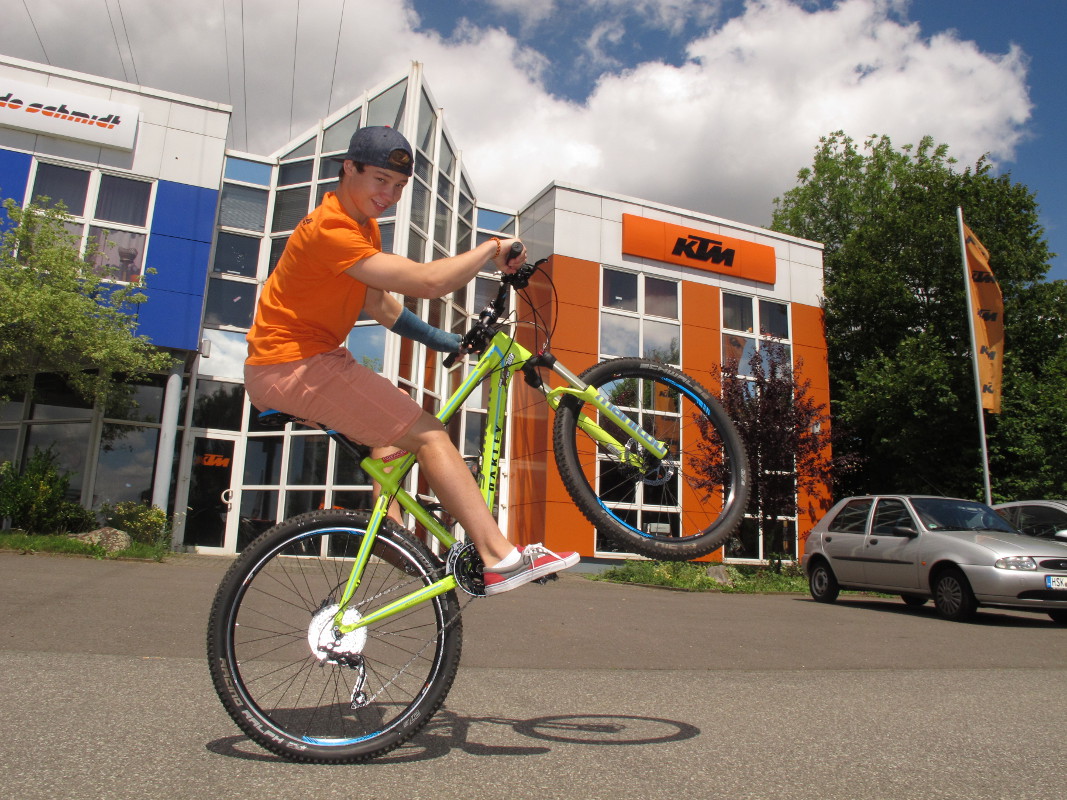 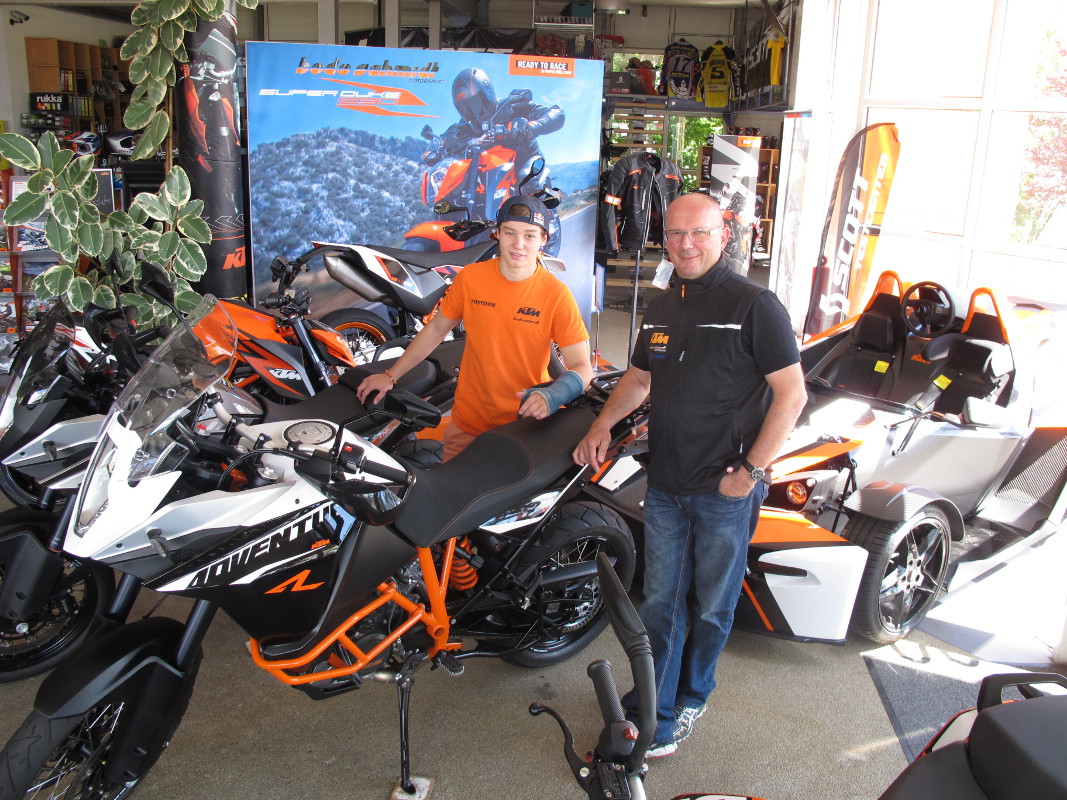 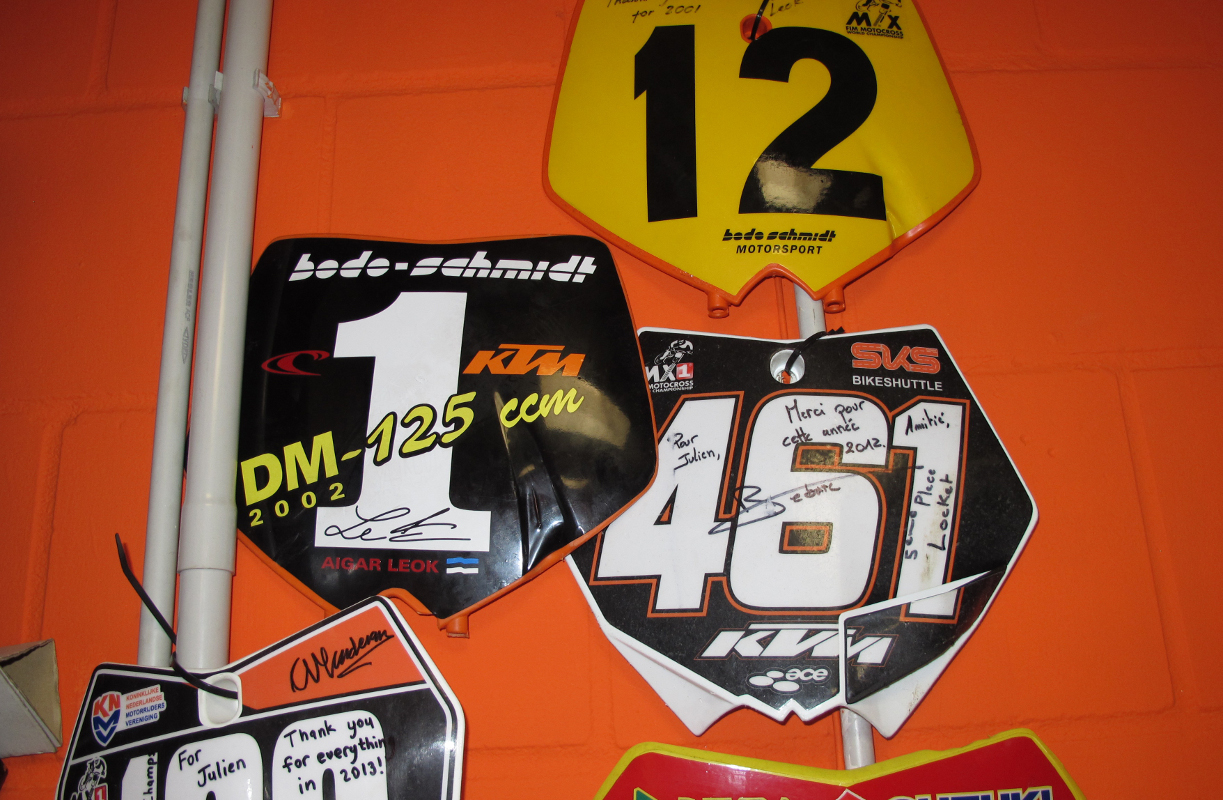 The fair-haired Bradley was effectively growing up in an offroad dust cloud: He is the son of Alfie Cox, who went down in history as the first winner of the Erzbergrodeo 20 years ago. The Cox family lives in South Africa in Cato Ridge, a place between Pietermaritzburg and Durban. In this sparse-peopled area which offers a whole bunch of offroad tracks for motocross and enduro, Cox Senior manages a KTM motorcycle business.

“Already from an early age, I was riding bikes on our ranch and soon after I started to compete in MX races,” says Bradley. “Overall I could win five junior titles, the first one at the age of seven. In 2011, I had my first race in Europe. In those days, Bert von Zitzewitz (KTM dealer in Northern Germany) supported me and helped me out with a bike.” Bradley achieved remarkable successes and podium finishes in several races in the following two years.

The current season Bradley is approaching with the Bodo Schmidt team: “We opted for this one because Calvin Vlaanderen, another South African is already racing in this team and Lauren, the girlfriend of mechanic Julian Horn, is also from South Africa. She supports and helps us to iron out daily life problems. This way it is a bit easier to feel at home.”

With a KTM 125 SX Bradley is competing in the ADAC MX Youngster Cup as well as in selected UEM 125 and world championship events. Temporarily, Bradley is condemned to inactivity as his left hand is in plaster. “I had already been injured at the scaphoid bone some time ago. Actually I thought, I had already overcome this, but at the race in Valkenswaard, after a jump I landed anything but smoothly and the hand felt numb, but the doc couldn´t detect an injury. The race after next in France, after a double jump the bone broke to pieces.” 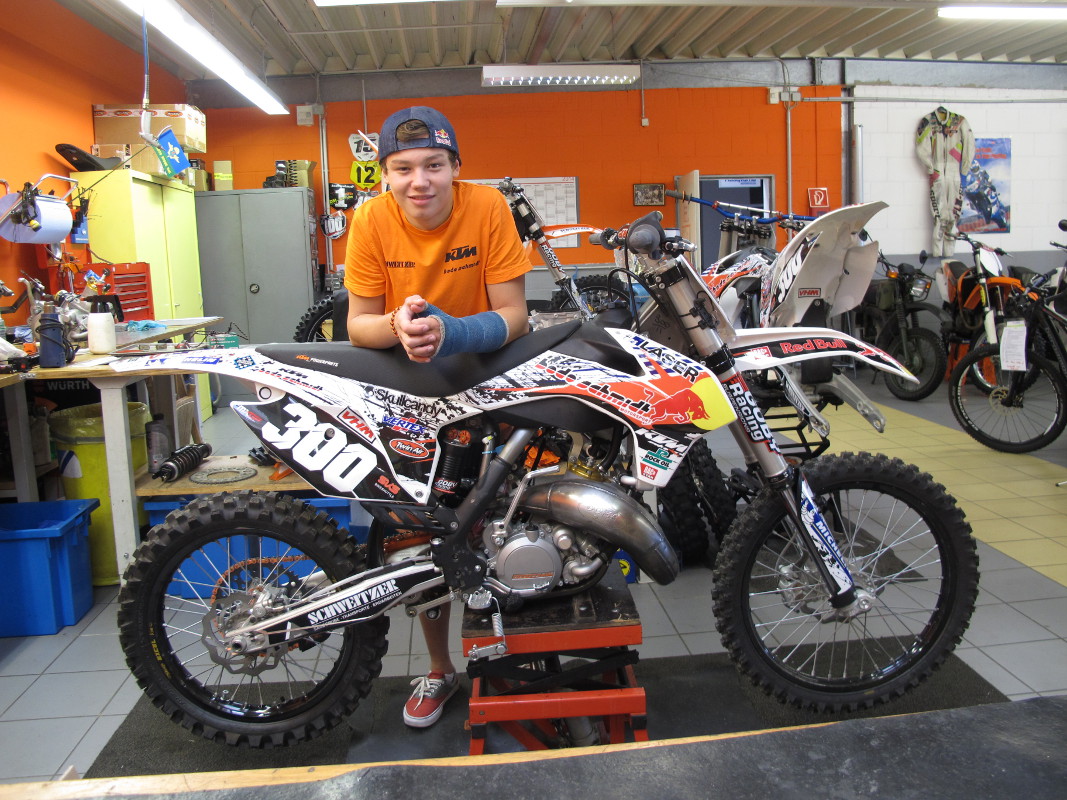 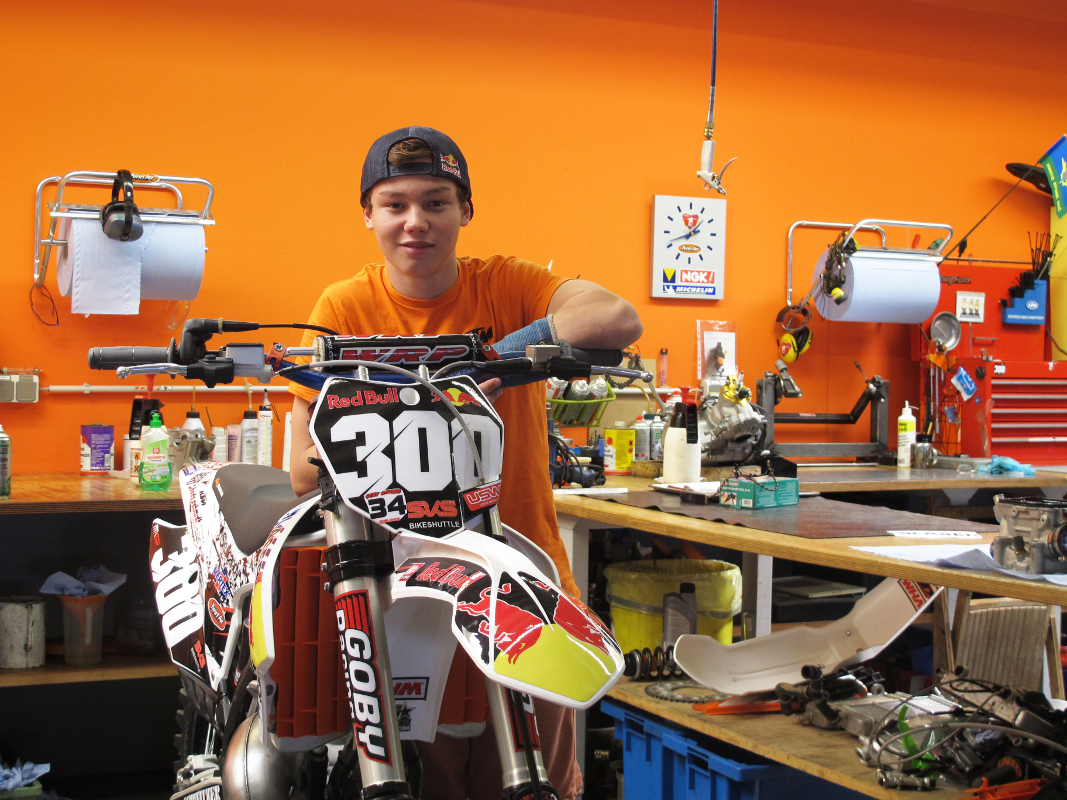 Now, Cox must be patient to give the hand enough time to heal. Since the bone is still growing, an operation isn´t taken into consideration at his age. However, he is diligently making plans: “After recovering fully from the injury, I want to compete in the last races of the Youngster Cup and of the Junior Championship. Afterwards I´ll participate in various Enduro events. First at the Sea to Sky Hard Enduro, at the Six Days in Argentina and then I´ll go back home for the Roof of Africa race in December.“

In Schmelz Bradley is sharing a room above the KTM shop with teammate Calvin, who is also gearing to a life as a professional motocross racer. Even when girlfriend Britt is around, they are taking care of themselves, including cooking. Short distances dominate the daily routine: next to the kitchen is located the workshop for crossbikes and the fitness training is conducted at the gym only a few yards down the street. From time to time, riding trainings are held on race tracks in France and Luxembourg. Every couple of weeks, the junior racers visit the Everts Camp in Belgium and occasionally have the chance to see greats like Jeffrey Herlings, Tony Cairoli, Alexander Tonkov or Tyla Rattray.

What do you like about your sport? “I simply love motocross. I won a title in every class I was racing in South Africa. Europe is the next big challenge and maybe some day I´ll be in the US … who knows? Meanwhile I´m part of the Red Bull funding squad and I´d really like to continue with this programme. I´m not afraid of challenges and at least I want to try, even if I´m failing. To be honest, I´m not a real fan of team sport. I´m more into racing because I have to take the responsibility and I do not depend on anybody.”

School and everything related to it is managed via the internet. At the end of the year, when Bradley returns home to South Africa, he has still four more months of school and the final exam. “I´m quite happy to be in Germany, but the language is the most difficult especially when you only know a few words. In the Netherlands and Belgium it´s easier, because in South Africa we learn Dutch as second foreign language.” 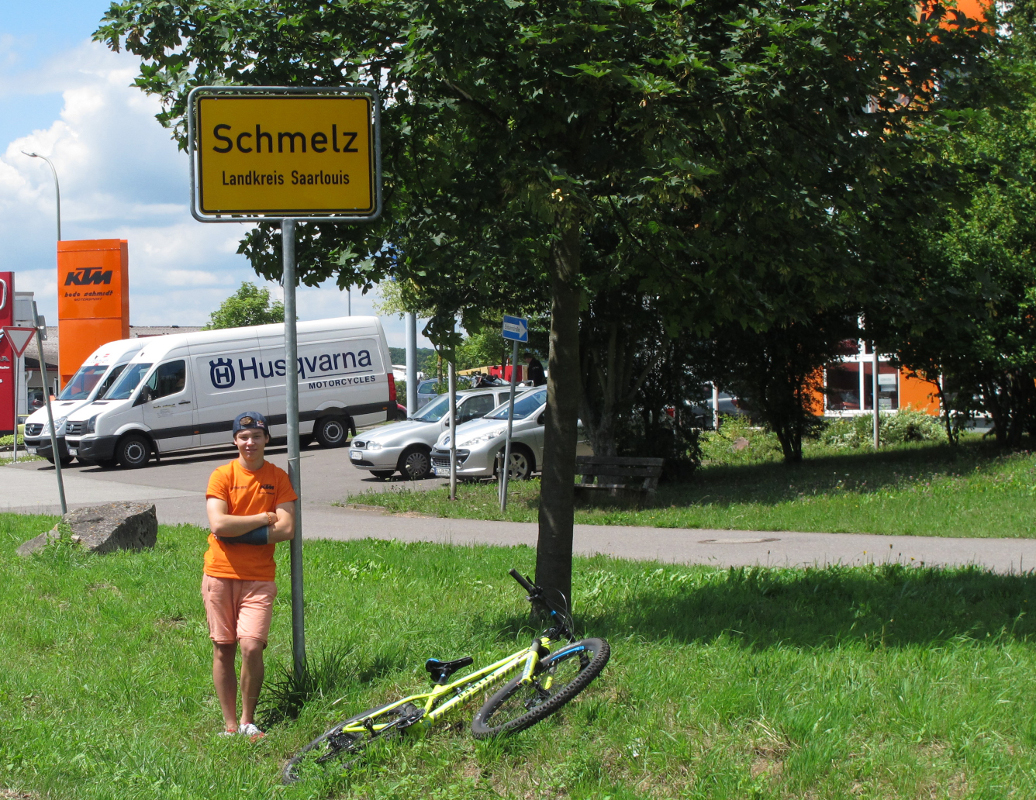 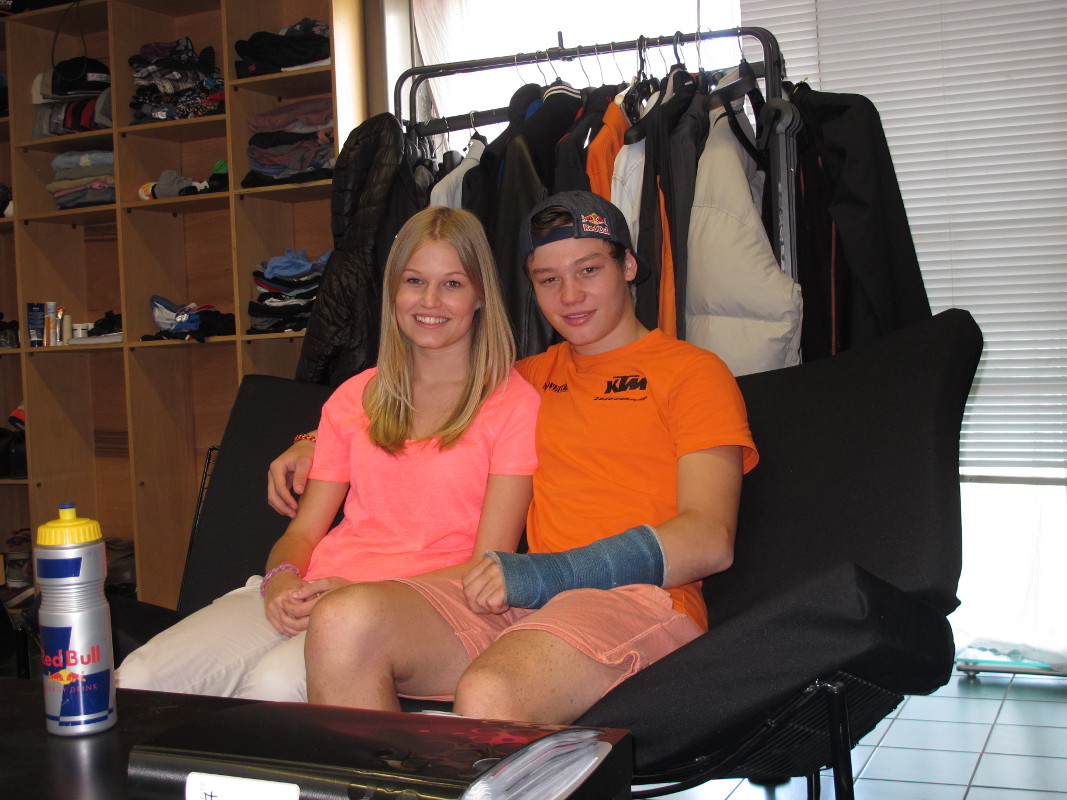 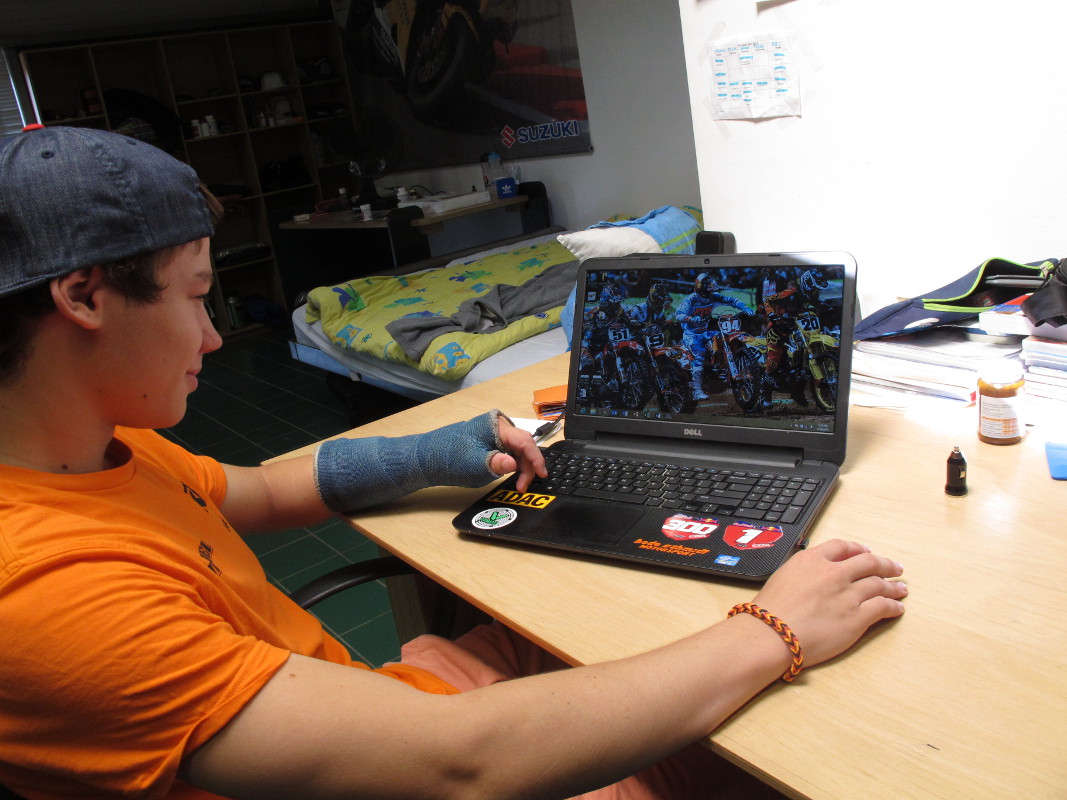 Bradley is open to other professions apart from being a successful motocross racer, but so far they are just ideas. “I like to speak, being in a funny atmosphere and make people laugh. I´m not good at maths and numbers, but I´m a creative person full of ideas. Maybe I can work in the marketing sector or one day enter into dad´s motorcycle business.”

In the ADAC Youngsters Cup he competes with a 125cc two-stroke against 250cc four-stroke bikes. “At first glance it seems like a minor disadvantage, but this way I have to exert and improve myself even more and this is very positive. Moreover, it is really cool when you are performing well against competitors on bigger bikes. When I´m healthy again, I´ll try to finish the season as positive as possible. Next year, I want to be in best possible shape. Finishing within the top 5 or top 10 should then be the objective. In 2015, I´d like to race the European Championship and the Junior World Championship as well as the Dutch Championship.” 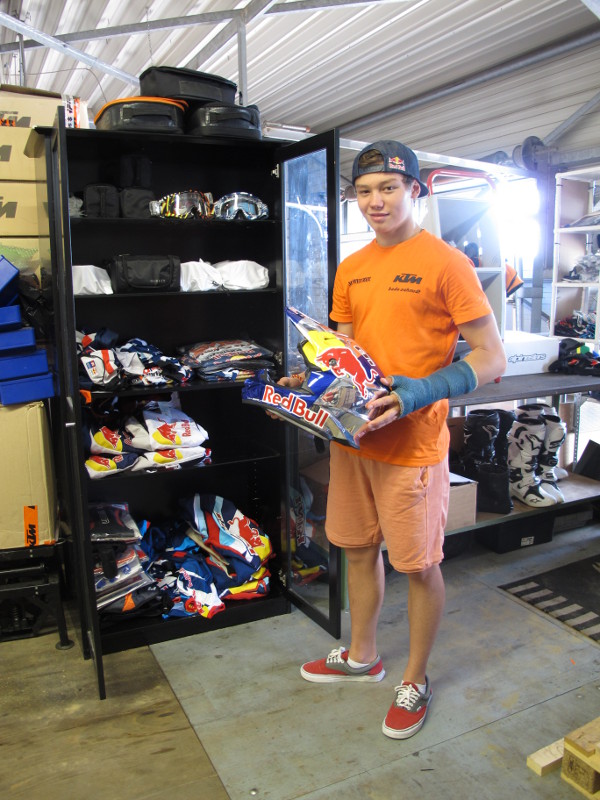