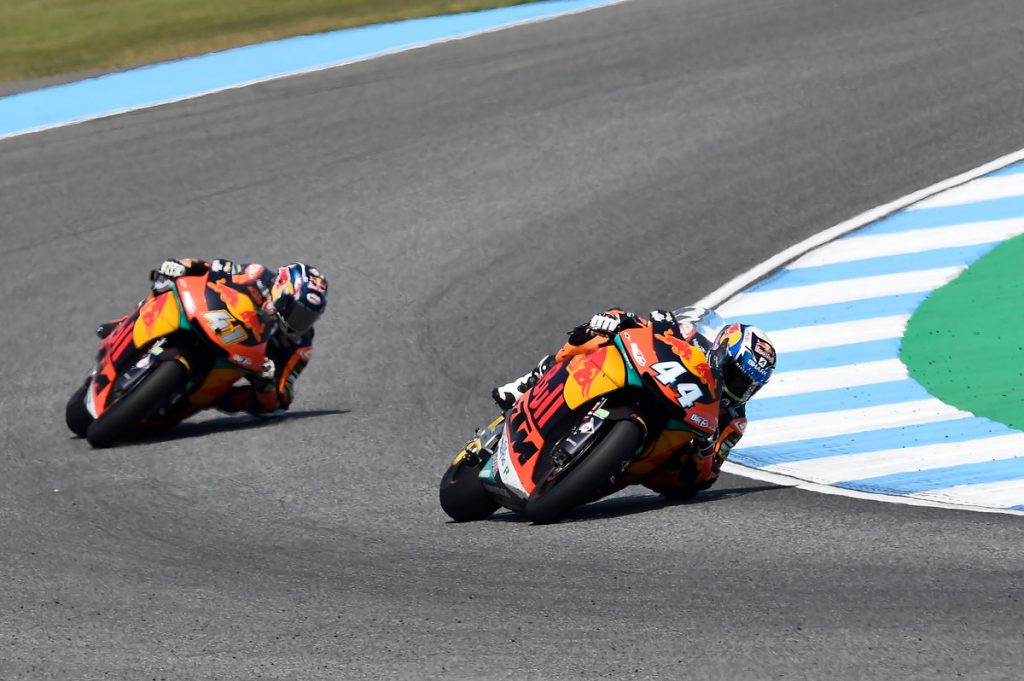 MotoGPTM faces a significant change for 2019 when the Moto2 class gets a brand-new engine supplier. The technical swap around means some busy times for Aki Ajo and an important part of his ‘development’ program for KTM’s racing structure. We asked him about it … 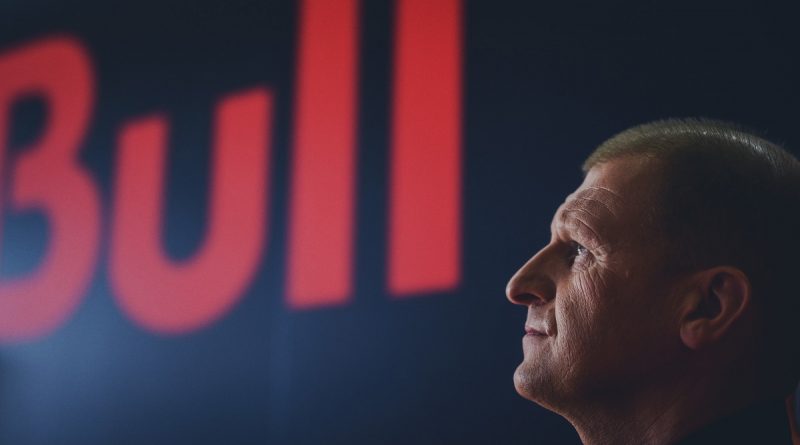 The sound and sight of Moto2 will become something new for 2019. MotoGPTM shape-shifts with Honda being replaced by Triumph and their triple cylinder as the sole engine supplier to the intermediate class; where Red Bull KTM Ajo are currently the only team to have both of their riders on the top step of the podium in 2018. MotoGPTM will also buzz to the addition of the Moto-E series next year but it is the work, changes and evolution of Moto2 that is generating more fascination.

Aki Ajo has long been part of the Grand Prix paddock to observe and embrace such changes. Since overseeing the first Moto3 title victory for KTM in 2012, Ajo not only witnessed the explosion of 4-stroke technology in the MotoGPTM divisions but has extended his influence to Moto2 and into Red Bull MotoGP Rookies and the CEV series. He is a key part of the ‘orange ladder’ that KTM have built in the last five years to provide a path through the ranks for promising racing talent.

When the Finn is not talent-spotting or providing guidance – as he is doing with the feted Öncü twins presently – then he is chiseling Moto2. This has meant the careful blend of WP chassis performance to maximize grip and extend tire life and also bring any further counsel to the likes of Johann Zarco, Miguel Oliveira or Brad Binder for their Grand Prix education. 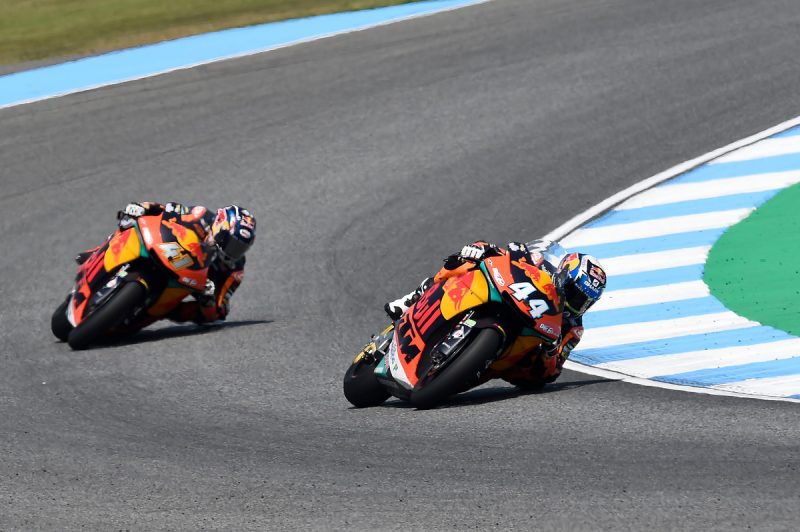 Ajo and his team have already been busy with 2019 tests. The new Moto2 engine has completed considerable mileage and durability runs and was officially ‘handed over’ to MotoGPTM at the Grand Prix of Aragon. At the same circuit – Motorland (where Binder took his current Moto2 machine to victory) – the squad again ran the new bike through its paces.

“I think it has been nine years with the same engine in Moto2 and I think the change it will make people more enthusiastic,” Ajo says “and with anything new you have the chance to learn more compared to always using the same spec. We’ve been busy this summer already. The KTM test team has been working with the engine for some days and our riders will also be busy with this year’s bike and next year’s.”

For WP and the KTM Group Racing division there are obvious new parameters when it comes to the engine’s dimensions and character within the steel-tubed frame, and how the whole package will alter and have an effect on the WP suspension package and Dunlop tires. 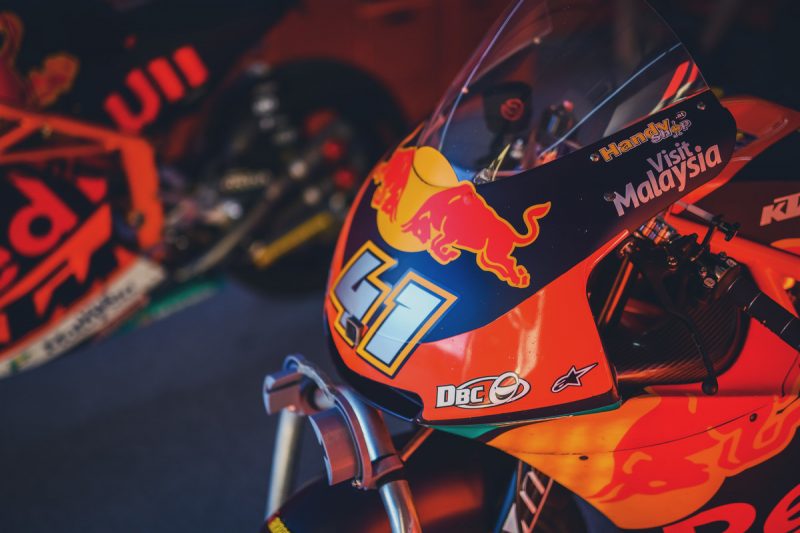 While Ajo is buoyed by the work ahead and the question marks that will arise he also doesn’t believe that Moto2 will be turned on its head.

“A motorcycle is a motorcycle and I think many people are speculating now which riders will fit well with this new engine concept,” he opines. “I think if a rider is good, works well and has a good team then it doesn’t matter what motorcycle it is. I don’t think the engine is a big problem, it just makes the work more interesting.”

“When we switched from 125s to Moto3 everyone said to me ‘it will all change …’ but for me not much did,” he reveals. “The only thing was losing that nice noise and smell of the 2-strokes but many other interesting things came with the new category and the 4-strokes. Maybe the riders needed to change their style a little bit but the basics stayed the same: racing is racing and you need to find the right ‘things’ and focus on them.” 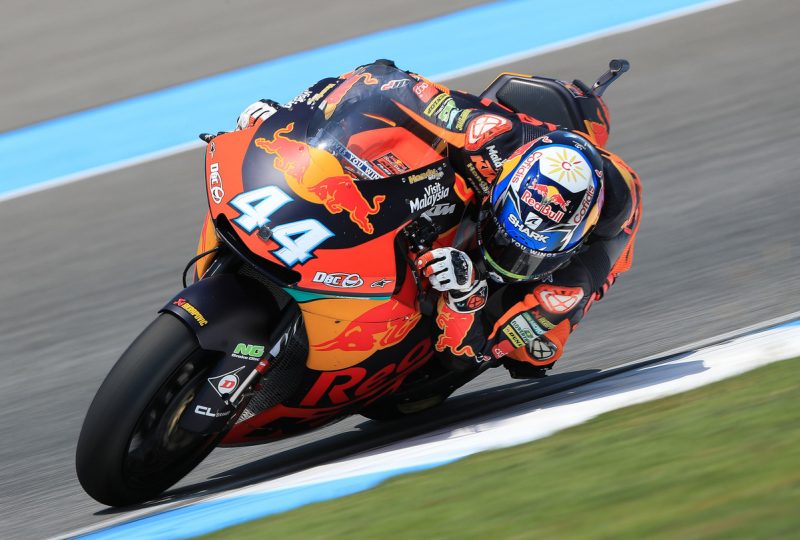 Over the last couple of seasons Moto2 has arguably turned into MotoGPTM’s toughest competition. The stock engine and slight differences between the five main chassis manufacturers means the gap between a clutch of immensely fast and capable riders comes down to fractions of a second. Gains on a technical level are minuscule.

“It will be interesting to see if it is still so close,” says Ajo who acknowledges that an important winter of laps and more ‘discovery’ of the Moto2 package lie ahead. “I think there is the chance to make a few more steps. Sometimes I feel that Moto2 is even too close. Riders and teams learn a lot through close competition but I also see some good riders a little bit in the shadows if all the things are not perfect. You can be 0.8 of second behind the top guy and way-down in 20th position but you might still be a really fast rider. It will be curious to see … but I don’t think it will be as close at the start of 2019; there could be some bigger steps between the teams.”

On a more specific note, Ajo will lose current championship contender Oliveira to MotoGPTM (the first KTM athlete to move up through from Moto3 GP winning success to Moto2 acclaim and into the ‘big boys’) but will retain Binder for a third season. The South African – who lost most of his first term to a troublesome broken arm injury – will be joined by Moto3 series leader and flyer Jorge Martin. Ajo will keep some continuity with Binder and will also have to harness the potential of the lively Spaniard. “I think it’s key with a new bike that both of the riders are not rookies … but in any case it is also important that Brad has some experience and feedback with the engine already and in November those first tests for the whole team will be vital.”

November and the quiet and vacant Spanish circuits beckon: time for Ajo’s experience to count and for his loyal crew to again move with the rolling sands of racing. 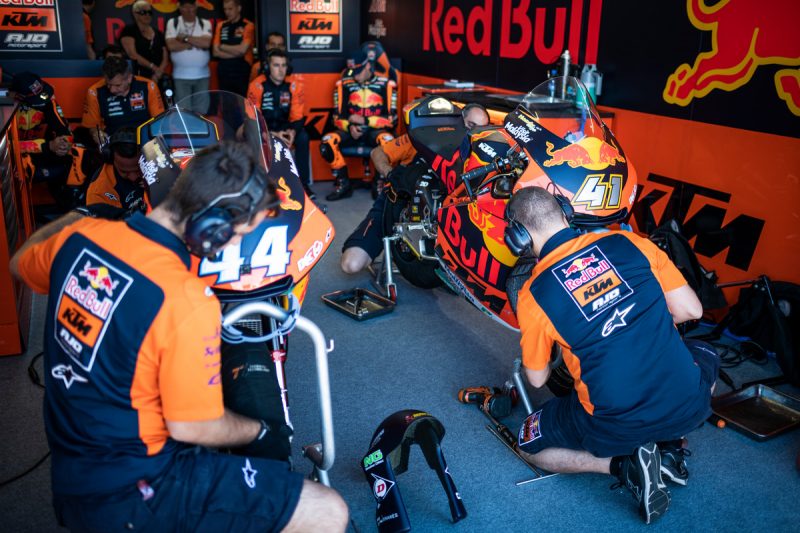 127 Responses to Building the next era: Ajo talks Moto2 steps