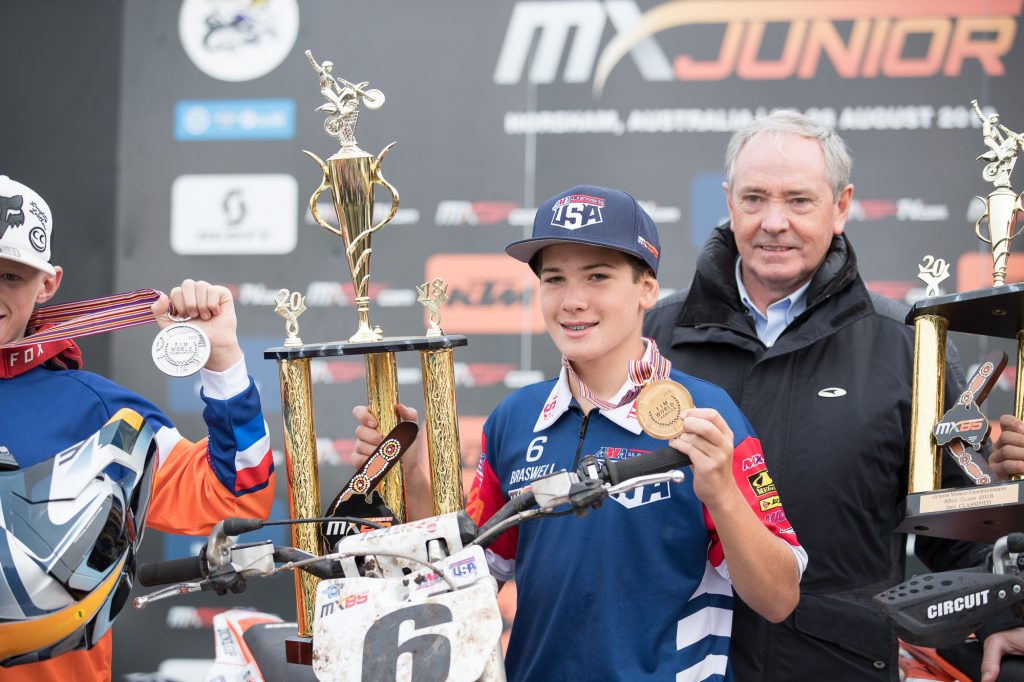 Caden Braswell: A bright spark for the future

Caden Braswell is the 2018 FIM 85cc Junior Motocross World Champion. A 14-year-old with a bright future, Braswell hails from Shalimar in Florida, USA and is an emerging talent that has progressed through the ranks since he began racing at the age of six.

Following in the footsteps of his father, who also raced, Braswell started riding at five years old and began racing a year later. He went on to the compete in the Mini Os, and then at the famed Loretta Lynn´s – the proving ground for many young American motocross racers, and Braswell qualified at his first attempt. 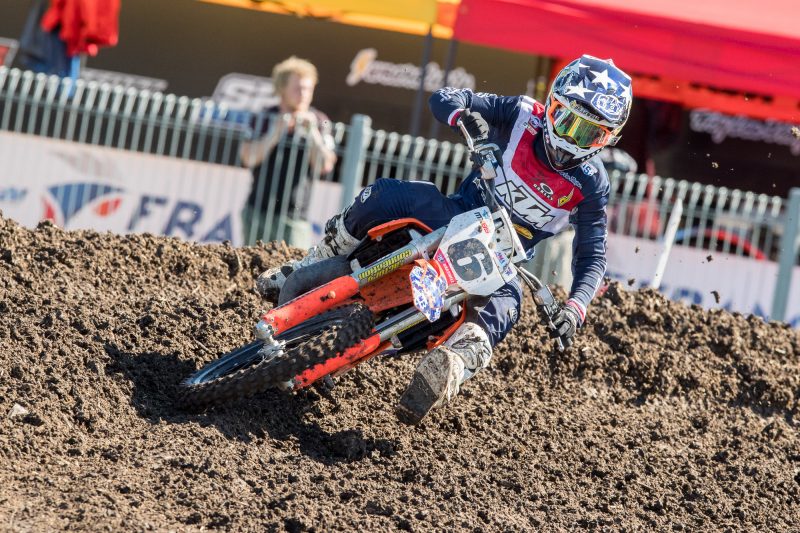 Fast forward to 2018 and Braswell was selected to compete for Team USA at the FIM Junior Motocross World Championship, which was held in Horsham, Australia. Braswell scored third and first aboard his KTM 85 SX and with it the youngster took the overall honors to be crowned the FIM 85cc Junior Motocross World Champion. Belgian racer Liam Everts won the opening moto in convincing style aboard his KTM 85 SX, while unfortunately crashing out of moto two, and the overall podium was made up of KTM racers with Dutch rider Kay de Wolf in second position and fellow countryman Kay Karssemakers in third. KTM riders Marek Vitezslav and Logan Best won a moto each in the FIM 65cc Junior Motocross World Cup, making it a weekend where KTM racers shone around the hardpack Horsham track.

“It was awesome,” said Braswell when talking about the experience of racing in Australia. “I had a blast and I really got to know the other teammates and their families. It was unlike anything I’ve ever done. Such a cool experience. The team spirit was high and it felt great to represent Team USA,” continued the junior.

“In the first moto I grabbed the holeshot and I was out front, but then my knee brace locked up so I fell back until I was able to fix the issue. I charged back up to third, which was okay.”

“For the second moto I got a horrible start. Mike (who went with Braswell to the event) said I was about 25th or so around the first turn. I’m not sure, but I felt like I was last (laughs).”

“I knew I had to go, so I put my head down and just started pushing. When I saw the chequered flag, I wasn’t sure if I had won. I pulled off the track and everyone came running over yelling that I won! It was incredible. Nothing could beat that feeling.” 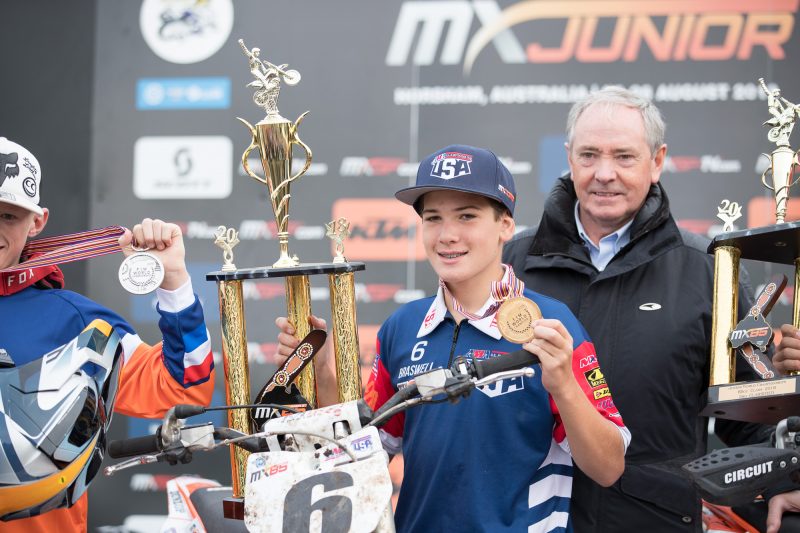 Braswell was in Australia without his parents, but was supported by Mike Burkeen who was there at the event with the young gun. The Junior World Championships are held over one weekend in a similar format to a MXGP World Championship round, and the outcome is determined by two motos. It’s an intense, but useful experience for young riders to compete against the very best in the world in their category, and while also performing as a part of a team representing their country. Team USA finished in fourth position.

Talking about his bike, Braswell said: “READY TO RACE is what I think of my KTM. KTM provided me with a bike in Australia that we ran stock. I put my suspension on the bike and raced it. It was super-fast – I pulled a start and won a world title right out of the box. So yea, READY TO RACE is a great way to describe my KTM.” 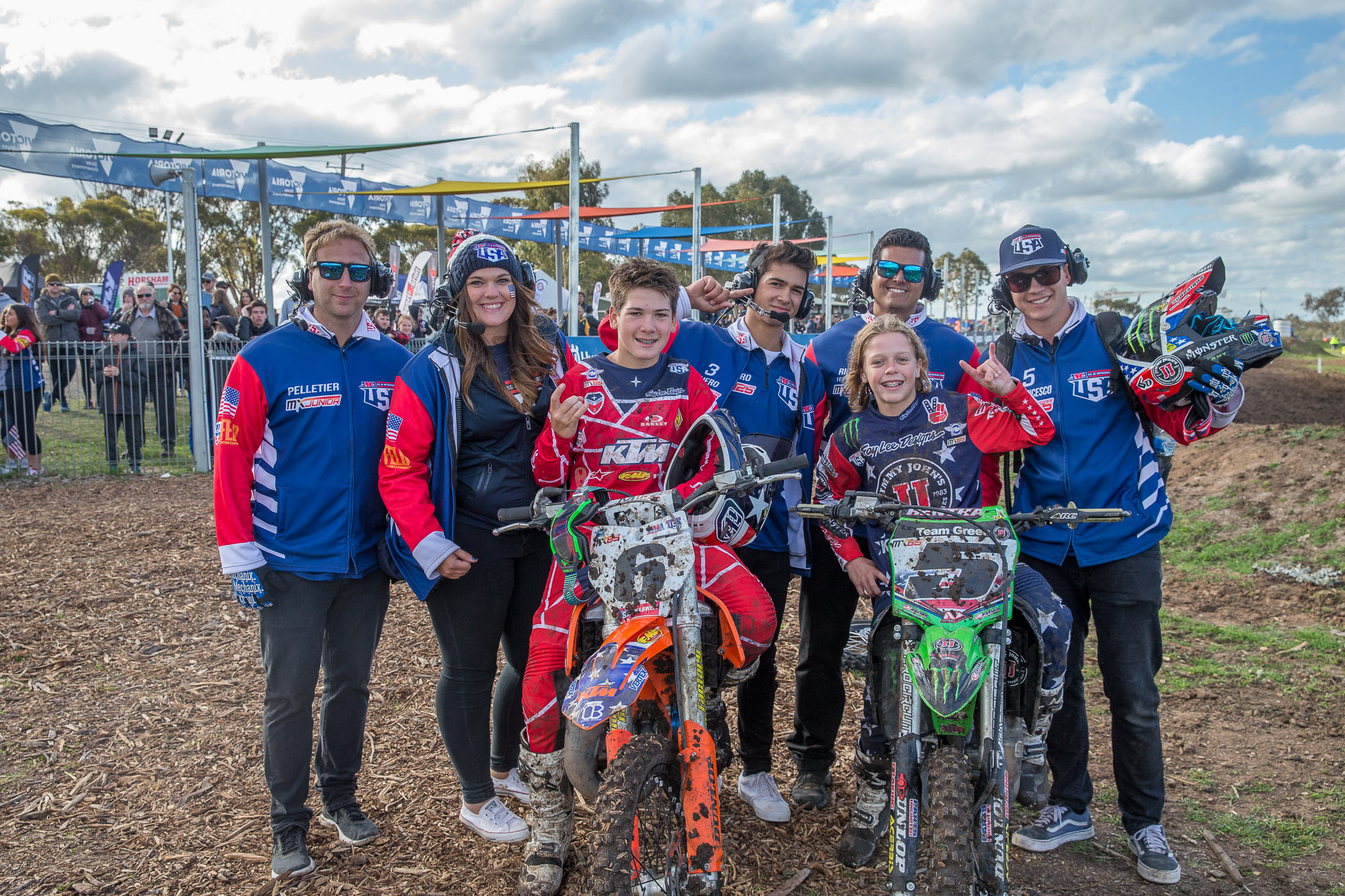 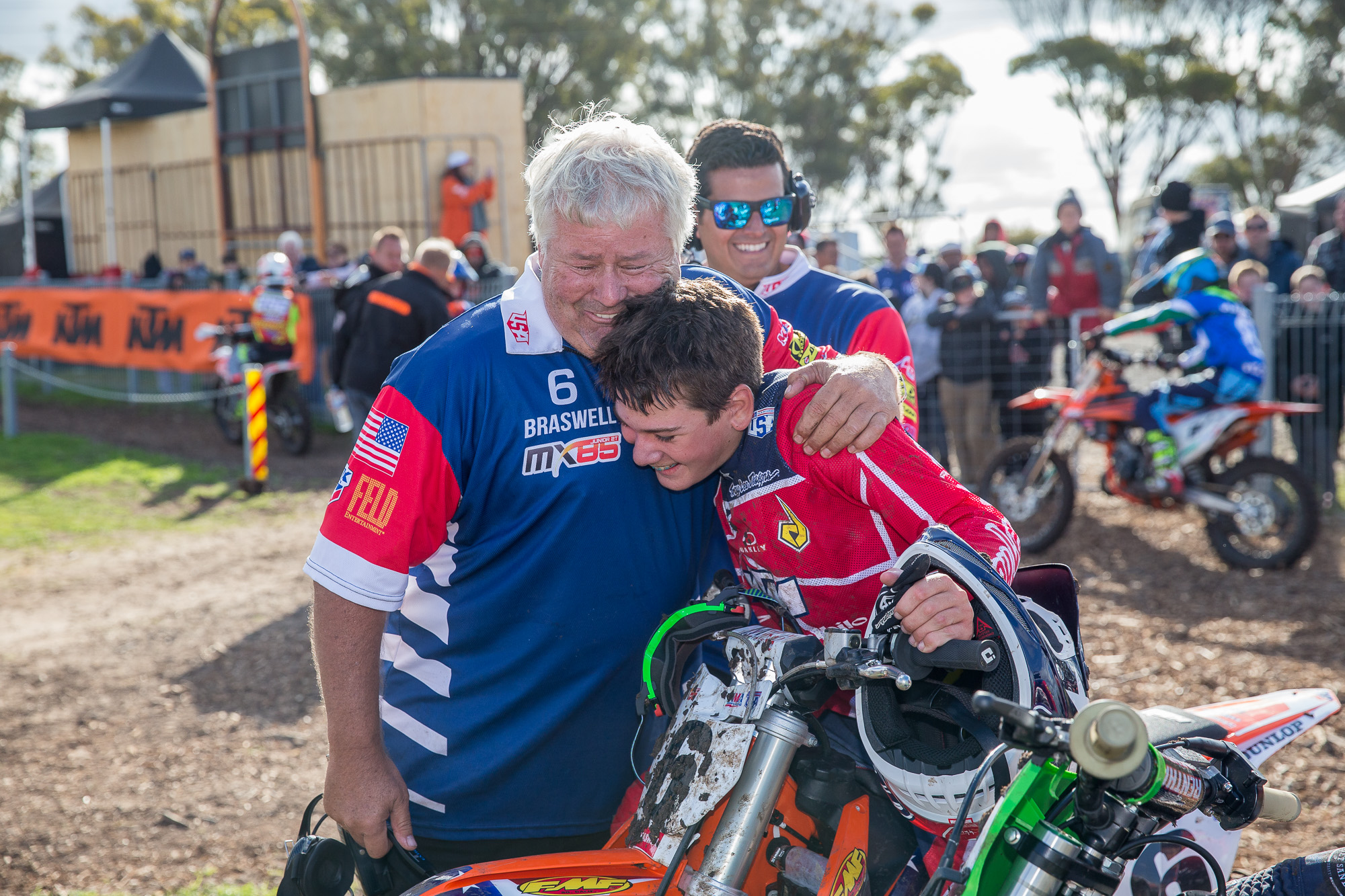 Braswell has big dreams for the future, hoping to replicate his home hero Ryan Dungey, who he says was always fast, smooth, consistent and smart. In Braswell’s words he’d love to “make his mark on the sport and break records”. A lover of hills, breaking bumps and ruts, like those found at his favorite track – Millcreek in the USA – Braswell has certainly made the first major step on his ladder of success.

“I’d like to thank my parents for always supporting me. Sean Michael Gerrits, as he really helped us this year. Mike Burkeen for taking me to Australia since my parents couldn’t be there. Ricky and Mike from the AMA for giving me the opportunity. KTM for providing me a great bike to race while in Australia. OB for the awesome graphics. TLD for keeping me looking good. Alpinestars for killer boots and Oakley for great goggles. FMF for helping make my KTM even faster. Dunlop tires for keeping my bike hooked up with great tires. Factory Connection Suspension for making sure my bike handled flawlessly. Mika Metals for sprockets and bars and great support Nihilo Concepts, Lynks Racing and Team USA. I’d also like to thank the other riders and their parents for the support while we were there. It really was a team effort. One for all and all for one Team USA,” concluded Braswell. 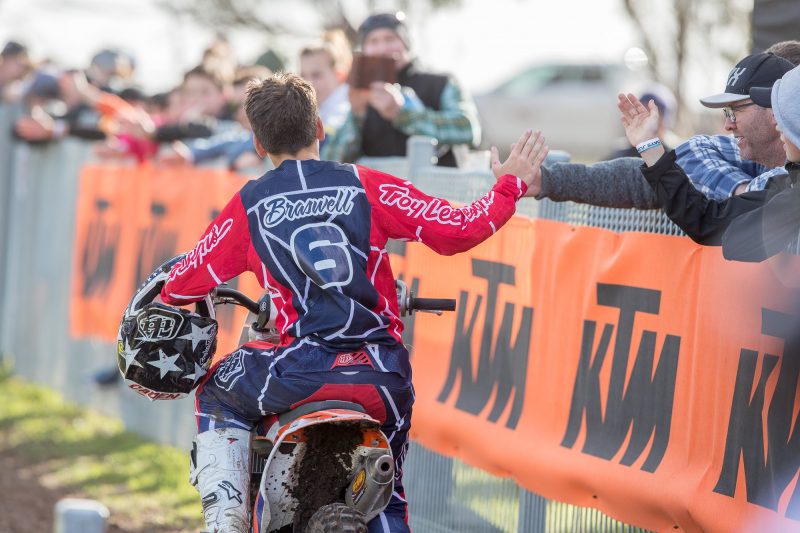 45 Responses to Caden Braswell: A bright spark for the future