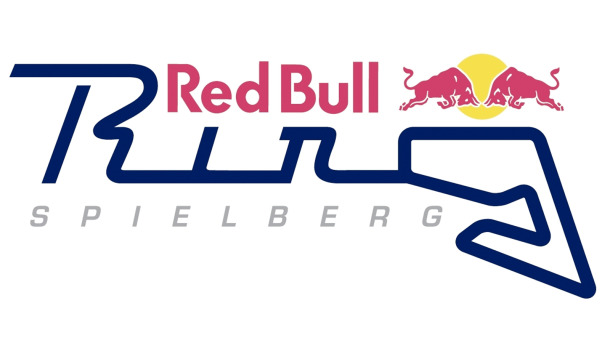 Cans of beer at the Red Bull Ring

What does it take to make two normal, racing enthusiasts happy? Answer: A free Sunday, a six-hour race at the beautiful Red Bull Ring and two standard KTM RC8s. Thomas ‘Kutti’ Kuttruf tells us about how he hit the track with his buddy Olli aka ‘Rocket’.

It is almost a tradition. At least once a year mystical powers get me out to the race track. A place where the blame for everything in my life rests: my job, the place I live, several scars; even my wife I would not have met without a track day. But those are other stories…

Anybody who knows about the racetrack ‘virus’ understands what I am talking about. Normally I travel quite far to Germany for my kicks; to the Nürburgring, because that is where the Dortmund Motorsport Club, (DMC) organise their annual racing series which is almost tailor-made for a guy and opportunist racer like me. They normally involve a manageable set of rules, lots of riding time and an entry list of up to 80 teams.

A few months ago a surprising announcement reached us: the DMC will come to Austria and stage a six-hour race at the Red Bull Ring nearby Spielberg. It was a gift on a plate; we had to be right in there. Along for the ride was friend and trusted wingman Olli as well as the stock RC8 R. For our level a standard version was sufficient as we figured a fully set-up semi-professional racing machine made as much sense as a taking a Lear jet for a daily commute to the bakery. Minimum effort for maximum enjoyment sounds more like our basic principle.

The Red Bull Ring was set. For Olli, far away in my old German home of Wuppertal, this meant come and get down here! So we rolled into Styria. On board two standard RC8 R, one for each rider (with the pit stops of DMC endurance races the bike is changed as well as the racer). Mirror off, license plate off, start number on, done. Ready to Race.

For this kind of endurance premiere in Austria only a dozen teams have shown up which is not great for the organisers but good for our overview of the course. Our start number is ‘197’ and we form-up as the ‘KTM Junior Team’. After a short practice session ‘Rocket’ conjures a low 1.38 time on the stopwatch and thus we have fourth place on the grid. Of course wily old long-distance foxes know that this is of secondary importance, but who wants to set-off already behind?

Before the action got serious, a volunteer joined us. Colleague Peter Ziegler from KTM marketing, a track day aficionado who was riding around the day before, spontaneously appoints himself as our crew chief. An appointment that turns out to be extremely helpful because to start into a six hour race without a pit crew – and not wanting to finish dead last – somehow does not seem to be the best idea.

Originally pro-wrencher Carl Giles (from the Moto3 factory racing department) was up for helping us out but unfortunately ‘Carlos’ had brutally drilled himself into the woods on his mountain bike and must observe events from a 90 ° enforced angle for a while. So get well soon Carl, and solid thanks Peter!

We started at 12.00 clock. In good form the Rocket dashes away super-quick and flies up in 2nd place after the first lap. As expected, it is not possible to keep up with the formidable Akra-Ohlins-2D & Co armed top riders and after half the distance we are running fourth but we’re still are under threat from a Fireblade/ZX10R-team in fifth position. They constantly lose time with their pit-stops and rider changes so the pressure is there but is not too crushing.

With capable slicks our KTM twins are a blast. If you have a jockey figure like Olli and get the apex right, you can accelerate down the long straight like a storm and we face-up to mighty 1000cc fours with our totally standard Mattighofen Missile. A huge advantage also at the Red Bull Ring is the braking ability of the RC8 R. Even after dozens and dozens of hard moves in the super-hard braking zones around the Spielberg arena the system keeps working with precise accuracy. There is only one cost from the hellish deceleration: over the race distance each bike gobbles a set of brake pads.

After six long and exhilarating hours the organisers wave the chequered flag. We finally finished fourth after a trouble-free ride and 210 laps. We are not as ‘done’ as the brake pads but we’re close and are glad to reach the pit garage. In true and basic DMC-style, the event at stylish Red Bull Ring finishes around an improvised rostrum with everybody having a beer in hand. A pretty simplistic but satisfying way to end a perfect racing day which has brought us everything we had hoped for – great fun, a tiny trophy and solid muscle ache.

106 Responses to Cans of beer at the Red Bull Ring