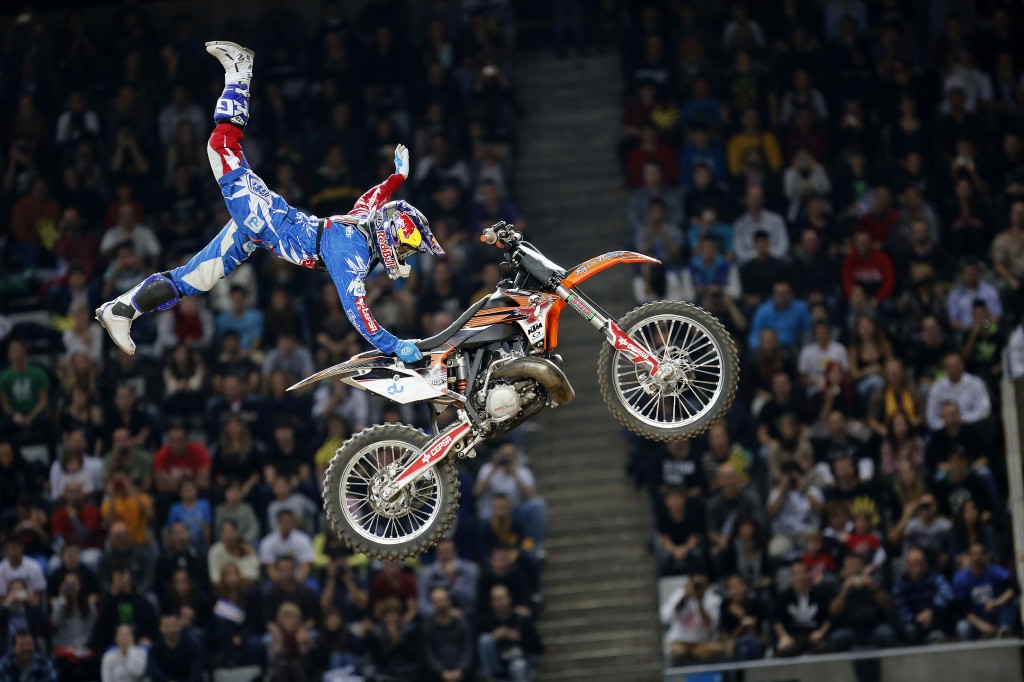 Daredevil Dany: How to Freestyle with Spain’s best…

25 year old Dany Torres knows how to fly. Literally. As one of the main stars in the booming world of Freestyle motocross entertainment the Spaniard wows stadium crowds around the world while seeing them the wrong way up. We grabbed five minutes with Torres at the Barcelona Freestyle masters where his blend of theatrical, spectacular and scary stunts helped the former X Fighters Tour Champ to the runner-up spot on his SX 250. Here he talks about his tricks, some freestyle tips and set-up on the SX…

The 2012 season has come to a close. How do you feel about it?
DT: Pretty good! I started the season with an injury that stopped me riding the bike for three months and in the end I was able to finish third in the Red Bull X-Fighters Tour. As the year went on I started feeling better on the bike and with my body and I reached the end of the season in good shape.

With the FIM World Championship, X-Fighter and X-Games which series holds the most importance for you?
DT: The most important championship for me is the Red Bull X-Fighters because it is a six round series and this means you recover in case you have made some mistakes. The X-Games are also important, but as it is a one-round event you can lose it all with the smallest error.

OK, can you give a few tips to any of the wannabe freestylers out there?
DT: One of the basic things in becoming a good Freestyle rider is having a solid base in Motocross because Freestyle comes from that sport and if you have practiced a lot of MX then it helps you in terms of having more control of the bike. Not being afraid is also very important, as well as being very decisive. These two qualities help you progress and try new tricks, firstly in the foam pit and then on the ground.

What is the process of a trick?
DT: When we try to make a variation on the Backflip – like the rotation or a 360 – or we want to practice a new trick, first of all we try it in the foam pit. We spend many hours in the foam pit practicing the new tricks and once we feel confident then we do it on the ground. 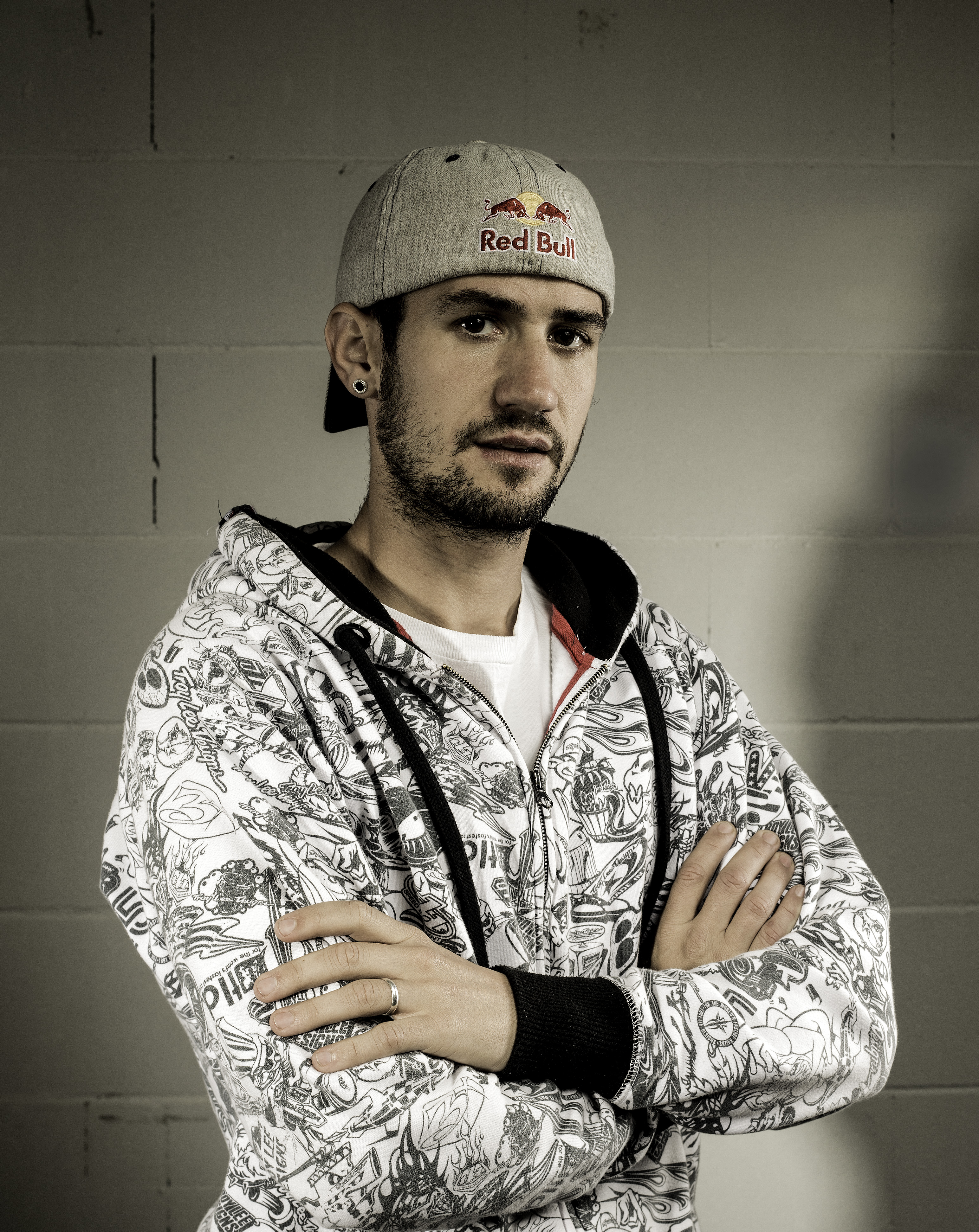 Is Freestyle reaching a point where it cannot develop any more? That new tricks are becoming harder to find?
DT: I was thinking the same a few years years ago but every day you realize that the bikes keep on developing and they come out with new parts which let you practice different tricks. At a point in my career I even thought that freestyle had a limit but at the moment it seems that there is still more we can achieve and try.

So what’s your favourite crowd-pleaser?
DT: What I like the most are the Backflip combinations, specially the Backflip Japan air. Honestly, I have fun with all of them.

Is your KTM set-up in a vastly different way to the normal model?
DT: My KTM is a motocross bike with some suspension adjustment, as we need harder settings. This is the most important thing because the engine is really good by itself. We also place some extra parts, like the handlebar guides, which let us execute the tricks in a better way.

How do you feel about the four-strokes?
DT: Honestly, I feel very comfortable with the 250 two-stroke but I think that I will change to the 350 because at some tracks there are some really big jumps that I found more difficult with the 250. I will keep on using the 250 stroker during the 2013 season but my training will be done with the four-strokes. I want to continue to get used to it as I think there might be some more possibilities with this bike.

What about the differences between the two engines for jumping?
DT: The four-stroke is a little bit heavier and the engine-braking is more noticeable However, the most important thing is just the quantity of hours on the bike and getting used to making tricks with it.

What are the new goals for Dany Torres?
DT: Above all, being back fighting for the Red Bull X-Fighters and try to change the colour of the medal that I have achieved this year. 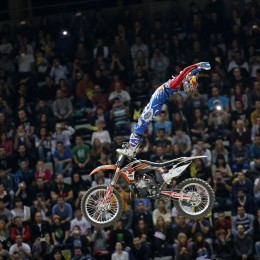 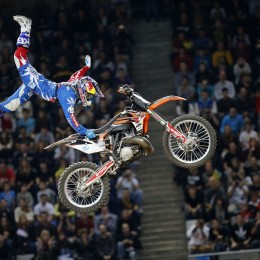 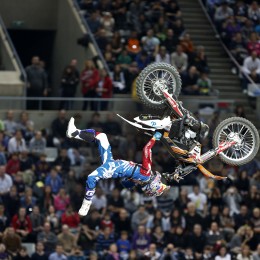 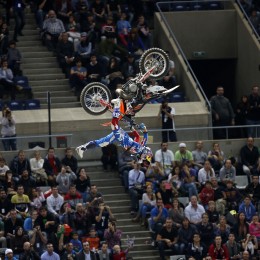 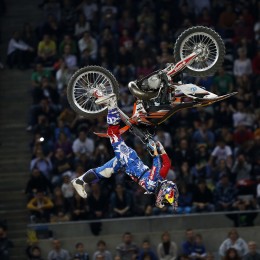 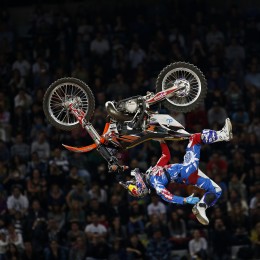 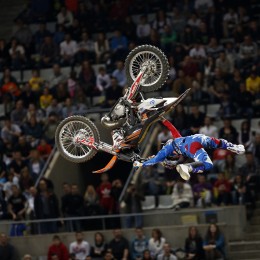 One Response to Daredevil Dany: How to Freestyle with Spain’s best…