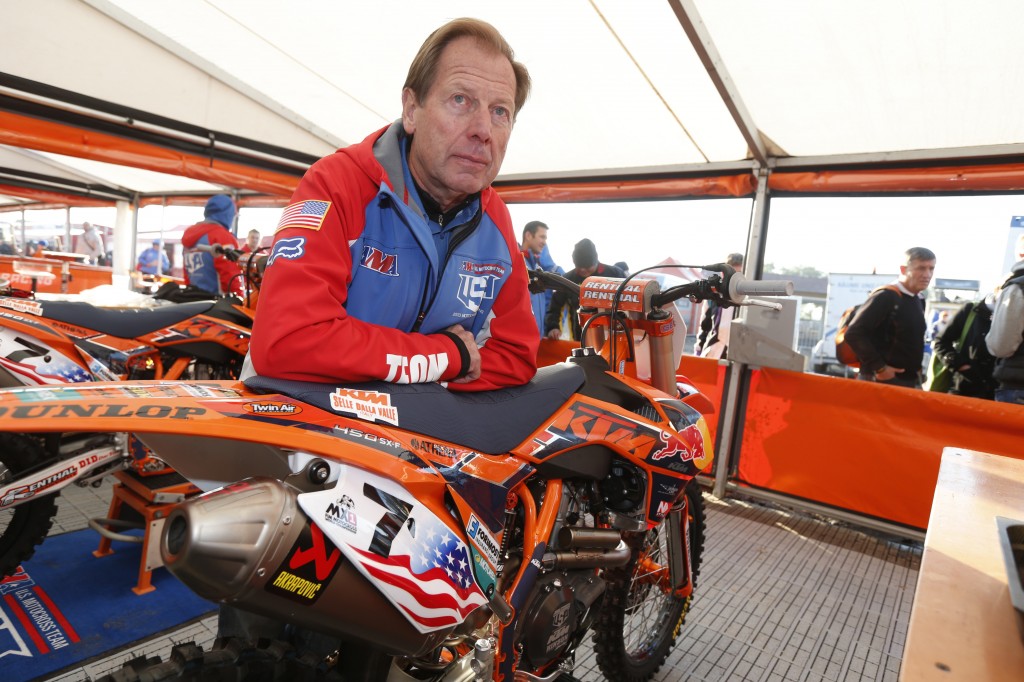 We grabbed ‘The Man’ at Teutschenthal for the 67th Motocross of Nations last week for some words about the 2013 AMA season he has just overseen with his Red Bull KTM team. His views on catching Ryan Villopoto and whether – who recently turned 69 – the first still burns in the sport that he has ruled on so many levels… We are at the end of the 2013 campaign after another long season. What is your feeling about the results this year?
As a team I think we did quite well. We have three riders with the possibility of five championships; three in Supercross and two in Motocross. Out of those five everybody ended up on the podium. We got one championship, two second places and two third places. Overall I’m really happy but I’m a bit disappointed that we lost the Lites Championship outdoors because Ken [Roczen] was in a controlling position for three quarters of the series and then he had that crash in Millville and after that it went downhill. He still had the speed but he struggled in the second motos. In Salt Lake City he had a fifteen second lead with three laps to go but Eli [Tomac] caught and passed him. Anyway, it was a good season and we are already working hard for next year.

Ryan Dungey won the 450MX title so memorably in 2012 but you must be happy with the evolution of Ken Roczen and Marvin Musquin in their title fights for 250SX…
Roczen ended up beating Eli for the West Coast Supercross title and Marvin came really close to winning the East Coast. He took four races and didn’t do so well in the first one; that’s where he lost the championship basically. In the final round he was just a bike length away at the flag and we missed it by one point. In the Supercross class Villopoto was really strong this year. ‘Our’ Ryan tried but Villopoto and the Kawasaki guys were a bit better than us. 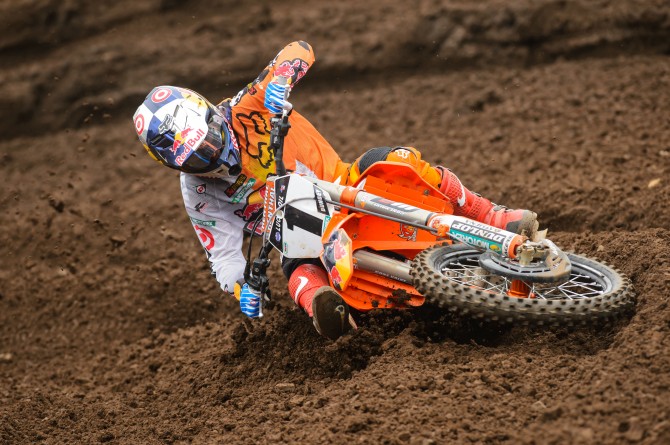 How do you feel about the evolution of the bikes? The 450SX-F was brand new last year and you had some experiments with the WP air suspension and other new things…
I think I have to blame Villopoto for that! He was very strong and his team was really good. We needed to go to another level. We had an issue with the rear air shock. Ryan really liked the feel of it but there was a worry over the reliability of the seals when we did the tests at that stage. So we went back to the conventional springs. It was a bit of a bummer. Actually Ryan won the Supercross that day when we had a problem! I think our bike was better than competition in quite a few places but there were also one or two areas where we were behind. Overall I think our bike was capable of victory and Ryan won races both indoors and outdoors. Our 250 guys also won both indoors and out. The bikes were not perfect but good enough to do the job.

So for 2014 you must have already pinpointed what needs to be stronger…?
Yeah, we are focusing on suspension and we will be better there. I’m sure. The competition will always be working on their weak points also. In racing things tend to look ‘greener on the other side of the fence’ but everybody has their problems and struggles.

Are you happy with set-up and way things are working now a couple of years down the line?
I’m really happy with the response from Austria. They work hard and they take input. I know that in Europe KTM have dominated now for several years but in the U.S. that was never the case. Now we are part of the main group and one of the main three teams. We want to get better and it would be nice to be as strong as we are here [Europe] but in a way it is more difficult in the U.S. because you have two championships in the same year. It is tricky to do much testing or make improvements when you are racing every week.

Maybe people don’t appreciate the demands on the team with races that number up to 32 weekends of the year…
I have pushed my people as much as humanly possible. A lot of the guys work seven days a week, ten-twelve hours a day. At some point you need to give the crew a break and hopefully after the Monster Cup we can take a few days off and recharge to get ready for next year. 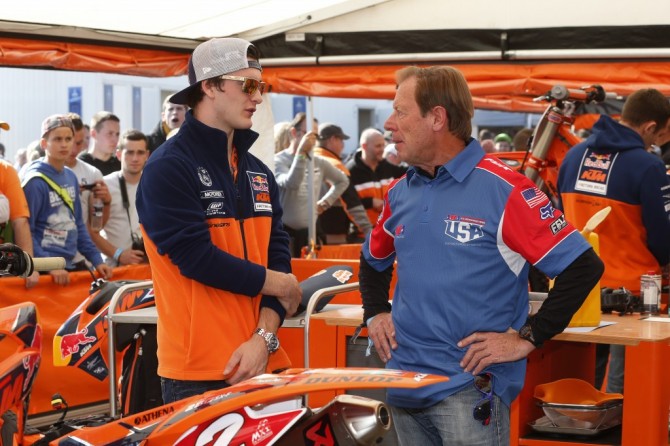 Is the ‘fire’ still there for you? Especially after taking that landmark 450MX title last year for KTM…
I get a lot of satisfaction when I see that I can make a difference on something and get the level a little bit better or help a rider to reach his potential sooner; it is a really good feeling for me and I really enjoy what I do. I’m going to keep going for a while.