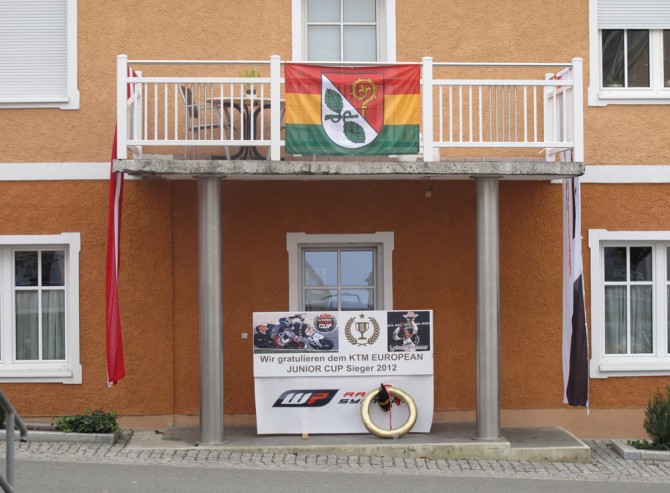 When Lukas Wimmer arrived home after the closing stages of the European Junior Cup (EJC) at Magny Cours, a nice surprise was waiting for him. Fifty close friends were waiting for him at his festively decorated home in Pischelsdorf (just a few kilometres from KTM’s base in Mattighofen) with a large photo, flags and laurels and victory reception to toast his EJC title long into the night. 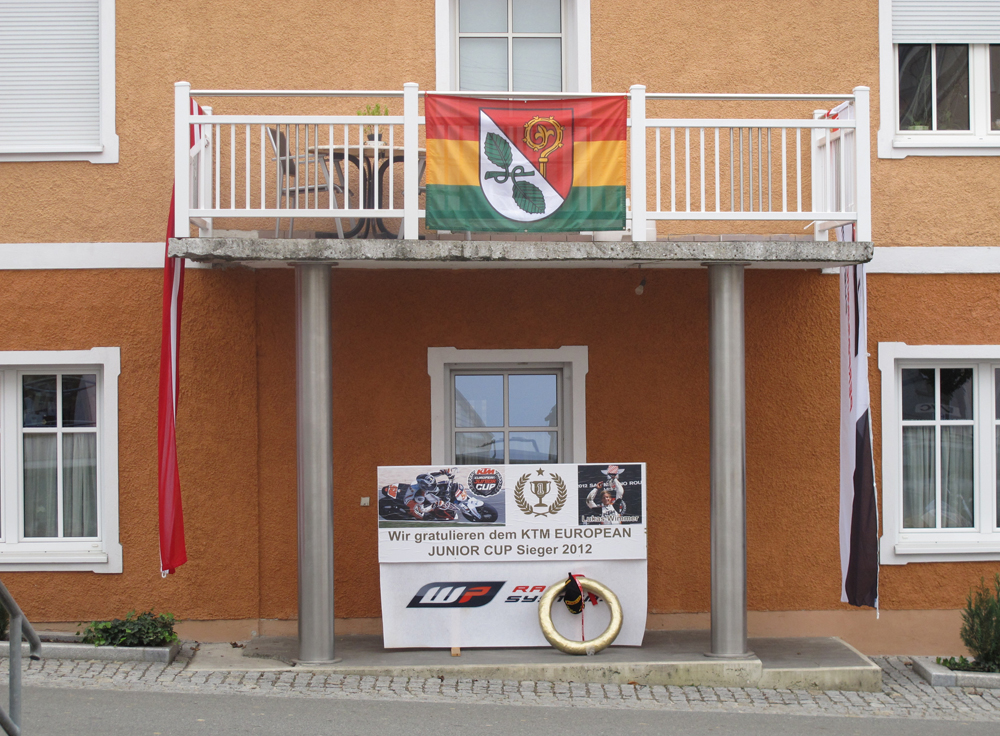 After three wins in the first six EJC rounds the 18-year-old Austrian had travelled to France as series leader. He finally wrapped up the crown in style with another triumph on Saturday and a third place on Sunday (when a second race was carried out as a replacement for the postponed Monza outing).

“In the first race in Magny Cours, everything went well, I won by 2.3 seconds,” Wimmer remembers. “It was much more complicated in the second race because it had started to rain. I crashed in the lead on a wet spot but the Spaniard Gaston Garcia, the only competitor for the title also went down right behind me. We then both picked up our bikes and continued and fought back again. At the end I was third, Garcia fourth.”

With his triumph in the KTM single-make championship, the 18-year old has now won three titles in the last five years: Minibike, Junior Cup and the EJC…but everything worked out smoothly for the latter. At the EJC opener at Assen he fell when he touched the artificial grass beside the road that was still wet from earlier rain. At Silverstone he slipped away in the fight for the lead and then pushed without a footrest and rear brake back into the top ten, before he was black-flagged and disqualified from the race due to the lack of a motorspoiler (that serves as an oil pan)!

The campaign went better in other races: victory at Misano and Brno and then everything went smoothly at the Nürburgring where Wimmer overtook rival Garcia after a couple of laps and seemingly disappeared at the front.

To describe Lukas Wimmer as natural talent is not an exaggeration. “The urge is just there,” he answers when asked why he races motorcycles. “If I’m sitting on a bike, I just have to go full throttle. Winning is just a bonus. All the surroundings and the atmosphere in motorsport I also like very much.”

Previously, Lukas rode pocket bikes and also did some motocross before he started racing regularly at the German ADAC Minibike in 2008. After finishing seventh overall in his first year, he won the Mini Bike title the following season. In 2010 he continued in the ADAC Junior Cup and won it. 2011 saw an attempt at the International German Championship (IDM); he raced a two-stroke 125 Seel for the well known Freudenberg Team and finished 12th overall.

The switch from a two-stroke racer to the 690 Cup-ready Duke also went well because of the additional KTM electronic settings (seven set-up choices instead of the three on the street bike). “The engine braking could be reduced and we had chosen a rather peaky engine characteristic. All this helped me to feel good on the bike right from the beginning. Riding a naked racer with the wide bars in the wind turned out to be a bit strange at first but in the end it was no problem.”

Ash-blond Wimmer is still in school, he studies at a HTL (Higher Technical Institute). He intends to finish his course during the summer of 2013 after which he aims to study microbiology…or if the opportunity arises to a career in sport.

Wimmer, who was also a successful ski racer and likes football and playing tennis (“competition is always good”) is basically supported by his uncle Karl-Michael, his family and his grandfather. “For me, the KTM EJC Cup was the best choice. I had a lot of fun and I have achieved my target, so I can step up to the next level.” For next season a decision has already been made. Wimmer will compete for the ‘Trackdays Team’ in the Superstock 600 series within the World Superbike Championship. We wish him every success. 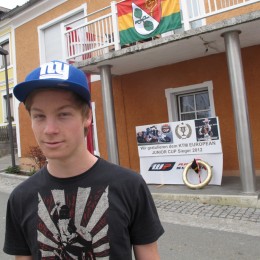 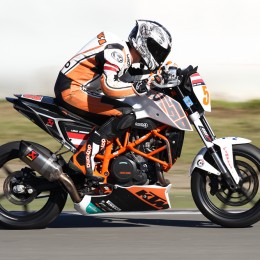 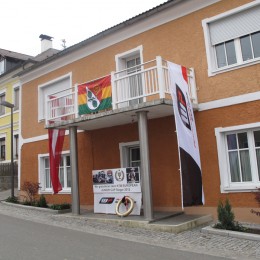 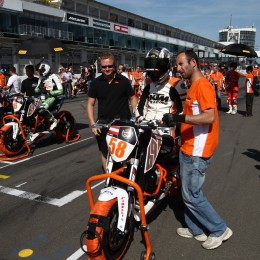 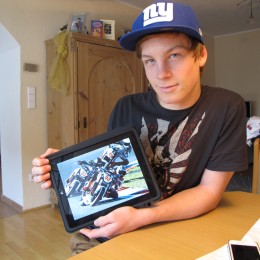 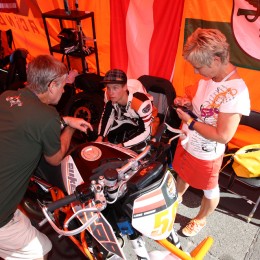 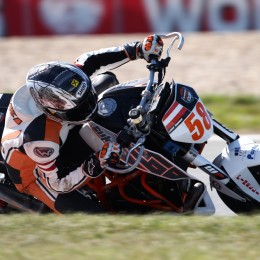 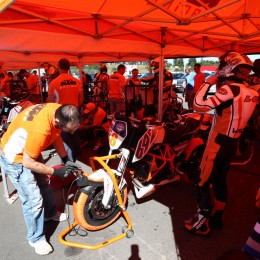 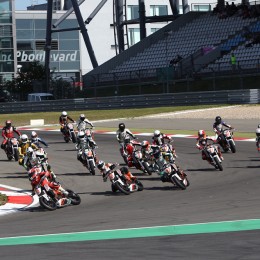 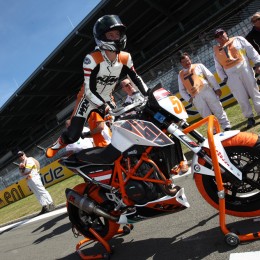 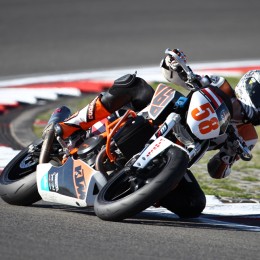 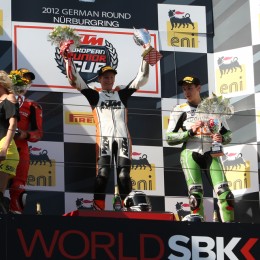 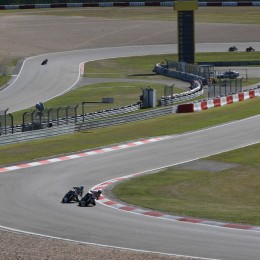