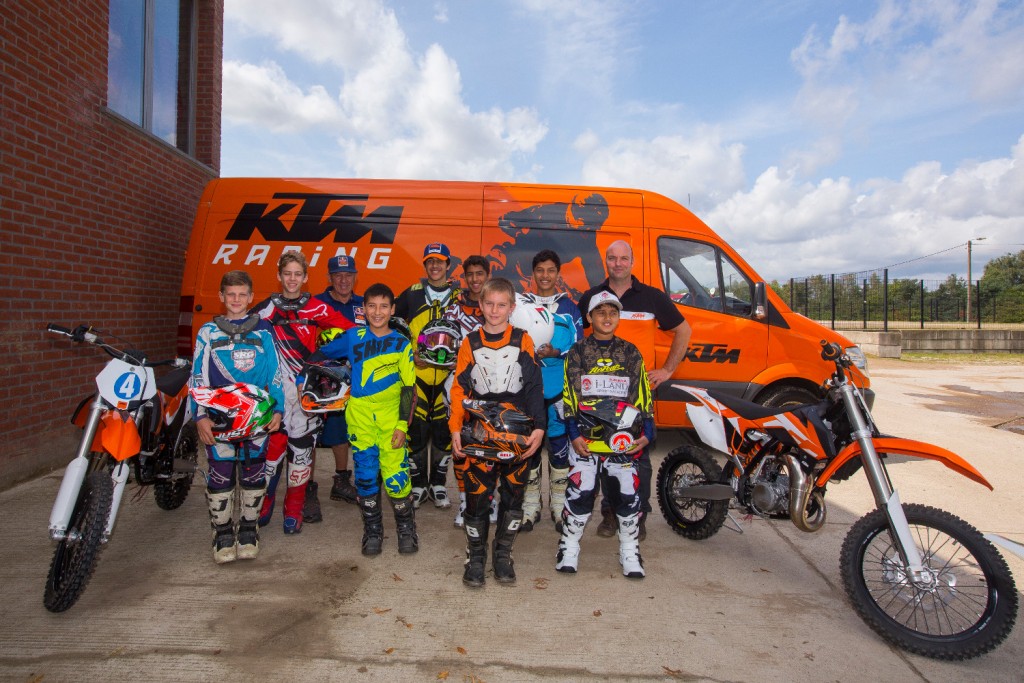 Developing the next generation in the Middle East

KTM’s recent training camp for riders from the Middle East and Africa with Harry Everts has been a resounding success.

KTM is well known for its commitment to young talents, and over the years the brand has developed many youngsters into world champions. In the USA there’s the KJSC program, which sees young riders on KTM 50 SXS machines ride around Supercross tracks and their integral junior race program, while in Europe the likes of Jeffrey Herlings and Jorge Prado have been or are going through KTM’s junior support program and have gone on to win championships.

As part of the commitment to young talents, and offering support to growing markets where KTM would like to see more riders in the future, the recent training camp with Harry Everts and KTM UAE was organized for riders from the Middle East and Africa. The riders travelled to Europe for the week-long camp with former world champion Harry Everts, and were given brand new KTM 85 SX machines to ride. 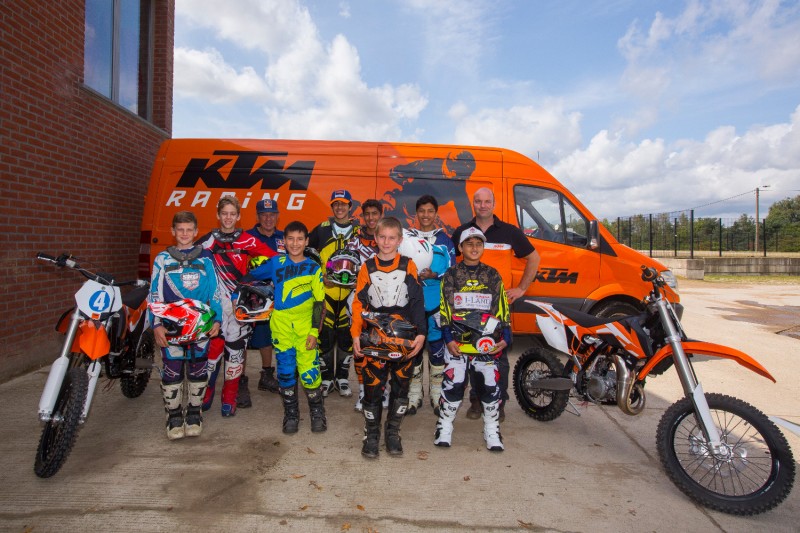 Unfortunately for the riders it was wet for the week, and they were literally thrown in at the deep end by being faced with the likes of the notorious Lommel track in super-tough conditions. After beginning the week with crashes every corner, all the riders made significant progress despite not having any comparable tracks in their home countries and it’s really created a lot of local excitement that they were given this opportunity.

“Everything went well and this training camp was particularly special. I have never worked with boys from India, Kuwait or Dubai before in my 21 years of training and I thoroughly enjoyed the experience; everyone was very friendly and it was great to see the enthusiasm and progress made. They really enjoyed riding the KTM 85 SX bikes that had been prepared for them, although the mechanic had a lot of work due to the conditions of the tracks, so we have to say a big thanks to him, as it was not easy,” said Harry.

“Unfortunately the tracks were wet throughout the stay, and so it was tough because the riders had never seen anything like it before – Lommel in the dry would have been a special experience for them, yet they had to also deal with the fact it was very, very wet and some of the tracks were closed. After six days we saw the riders making a massive improvement; from crashing every corner in the beginning, to being able to ride the track very well and they all went home very happy. It was a pretty tough schedule with three days riding before the rest day, so I know it was quite intense and tiring, but they did a good job”, continued the former world champion. 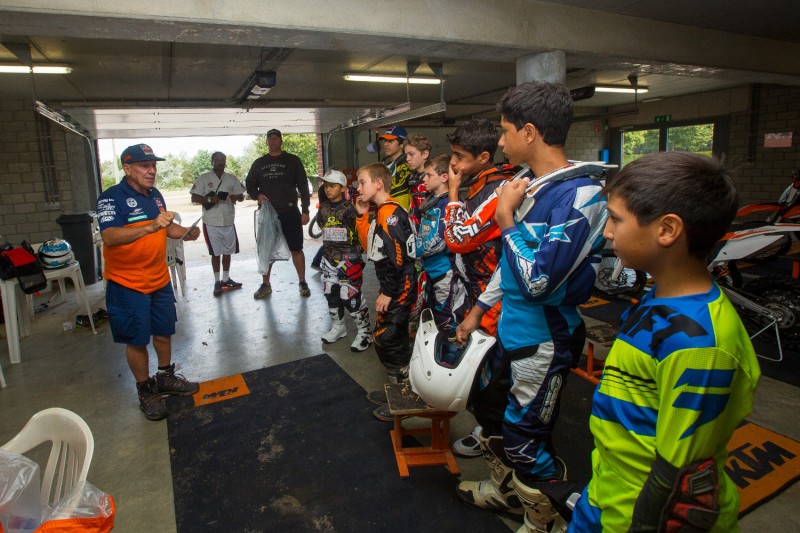 With an intense schedule that saw the riders tackle some seriously tough tracks under the watchful eye of Harry, who also delivered a theory talk on the rest day and ensured the riders had the best possibility of seeing the life of riders in Europe, it was a challenging yet fruitful week for the juniors.

“I expect that some of the names we will see in the future racing at a good standard, although this was a good foundation also for riders in countries where there is not so much competition or opportunities for youngsters. They also had the opportunity to visit the MXGP in Assen to see how the real heroes do it, which was a great way to finish the week,” concluded Harry.

One of the riders was Nicholas Kefford, an Australian youngster living in Dubai who races for the junior KTM UAE team. 14-year-old Kefford has recently had his first taste of the ultra-competitive British Youth Nationals Championship, but despite having perhaps a little more advantage of seeing different tracks over the other riders, the training was a hugely beneficial experience to the youngster. “I have had a great summer and I competed in the BYN (British Youth National) over two days. I was very happy with my result, as it was the first BYN and the guys were really fast. I look forward to next year with my coach Justin, and I’d also like to thank the Shipton family for their help. To top things off this year I have had the privilege of being coached by Harry Everts from KTM. He is a fantastic man with an amazing amount of experience. Thank you to KTM UAE, especially Michael Winter my Team Manager for this great opportunity. I would never have the chance to meet Harry let alone be coached by him, and it was a really great experience.”

Youngster Bandar Al Bahar from Kuwait also enjoyed the school, saying that this kind of track was ultra-tough so to have a coach like Harry in place really helped to make it easier to ride Lommel. “I would like to thank you K&S_Kuwait KTM ME for giving me this opportunity to improve my riding technique and to experience different terrain such as riding in the mud and also riding in one of the roughest tracks in Europe. It was great to be under supervision of Harry Everts and I will cherish and hold his advice deeply in my heart.”

Abdulatif Al Khanna, who is also from Kuwait, was another junior on the camp that expressed his thanks and how much fun the week was. “Thank you for the opportunity to meet the legend Harry Everts; it was a great week, learning new things that we never knew before, also learning the deep sands. At first, it was a struggle to ride, but at the last day we get used to the sand. The bike is awesome, and the mechanic is great, as the bike is always ready for the next day. Thank you so much.” 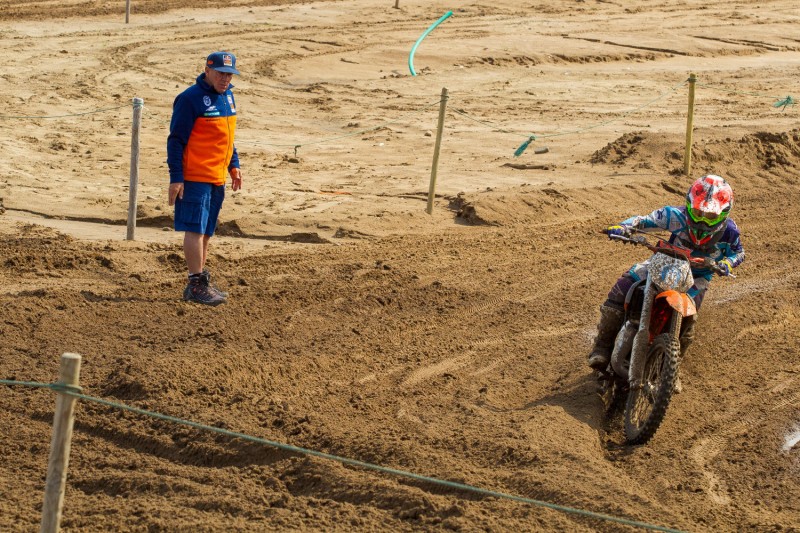 Pit Beirer, KTM Motorsports Director explained that the company has always been proud of its involvement with youth racing and developing young talent, so the opportunity to work with juniors from markets such as the Middle East and Africa by bringing them to Europe to train on some typical tracks seen in the world championship, with new KTM 85 SX machinery, is something very special.

“In these countries Motocross is a growing sport, especially with prestigious events such as the Qatar MXGP now being hosted there, and by creating this kind of initiative we can increase the rider level, give them a real insight to a variety of terrains they’ve probably never seen before, make them safer riders, and encourage more people to try the sport we are so passionate about. I’ve heard the riders on the camp made a lot of progress, despite being thrown in at the deep end to ride tracks such as Lommel in the wet, but in the long term I expect we will see more riders from these areas emerge in the professional ranks and we hope to nurture that while increasing the local interest in the sport by demonstrating our commitment to helping riders in those regions.”

In the long run KTM expects to see more and more professional riders from the Middle East, but in the short term these riders have enjoyed an exhausting week with one of the world’s best junior trainers at some of the most well-recognized tracks in the world. KTM will continue to do its best to help these important regions entice new riders into taking up the sport, and offer opportunities to learn from the world’s best. 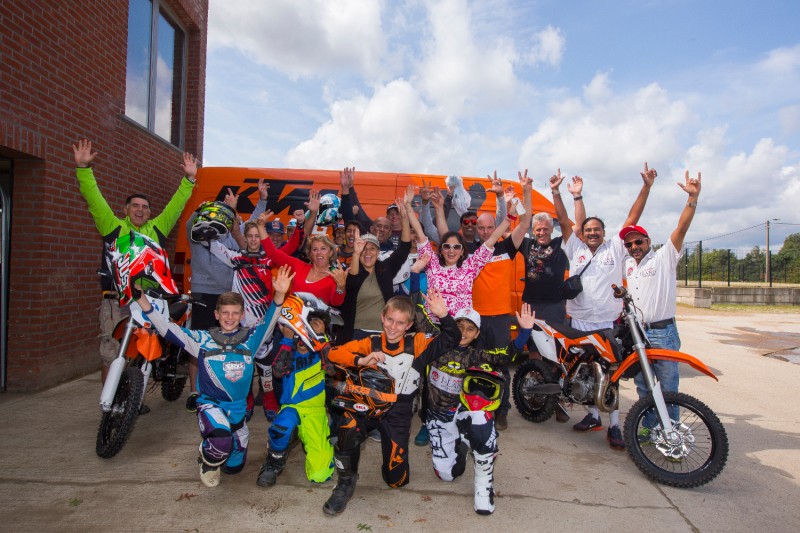 87 Responses to Developing the next generation in the Middle East