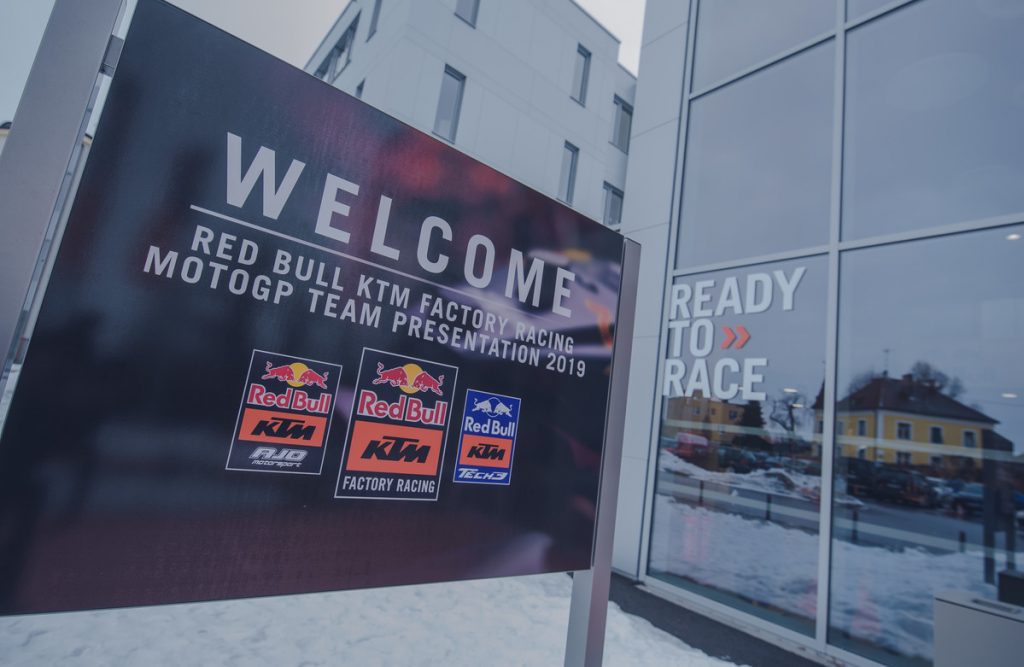 Nine riders and motorcycles filled the new City Hall building in Mattighofen. The 2019 presentation not only showcased the fresh faces and colors that will adorn KTM’s fastest ever collection of race machinery but also the stunning breadth of the factory’s effort in MotoGPTM. 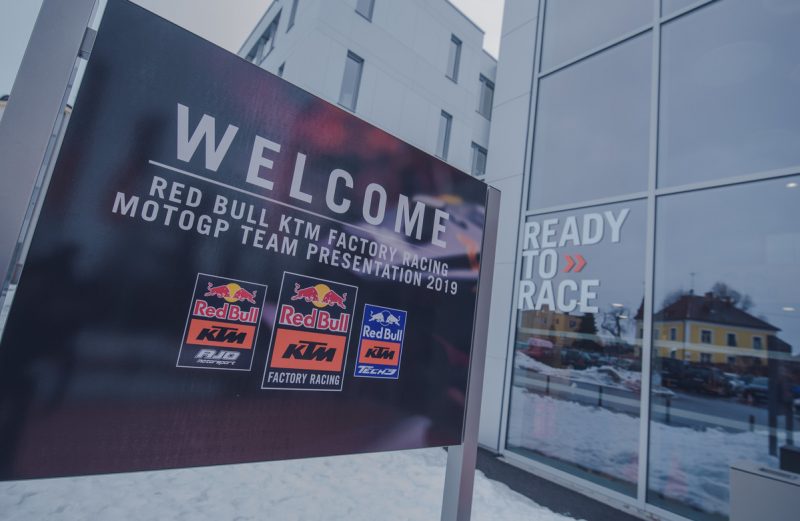 KTM AG CEO Stefan Pierer may have said “in this racing world we are still beginners” in reference to only the third year of ‘orange presence’ in the MotoGPTM category (seven in total in Grand Prix after claiming the inaugural year of Moto3 in 2012) but the company now has a longer spread than any other motorcycle brand in the FIM World Championship. A rider can take his first steps in the Red Bull MotoGP Rookies Cup with a KTM RC 250 GP (the feeder series established in 2007 and racing at seven of the MotoGPTM events in 2019) and progress through Moto3, Moto2 and up to one of four bikes in the flagship class.

It was this ‘visual map’ to world championship acclaim (minus the Rookies machine) that was so stark on a stage that also contained five world titles, more than sixty Grand Prix wins and over one-hundred-and-fifty podiums. There were three teams and three different types of motorcycle and French, Spanish, Portuguese, Malaysian, Italian, South African, German and Turkish talent watched over by management figures and experienced experts like Aki Ajo, Pit Beirer, Mike Leitner and Hervé Poncharal.

The orange, black, blue and stunning chrome decaling decorated bikes of 250cc, 765cc and 1000cc and the overall line-up reads:

“It’s a very special moment for me and another milestone; seeing this structure in place,” said Beirer, dressed in the same collarless jacket-and-suit combo worn by all of KTM’s largest road racing collective ever created. “We have been building it since 2012 and it is all in place now.” 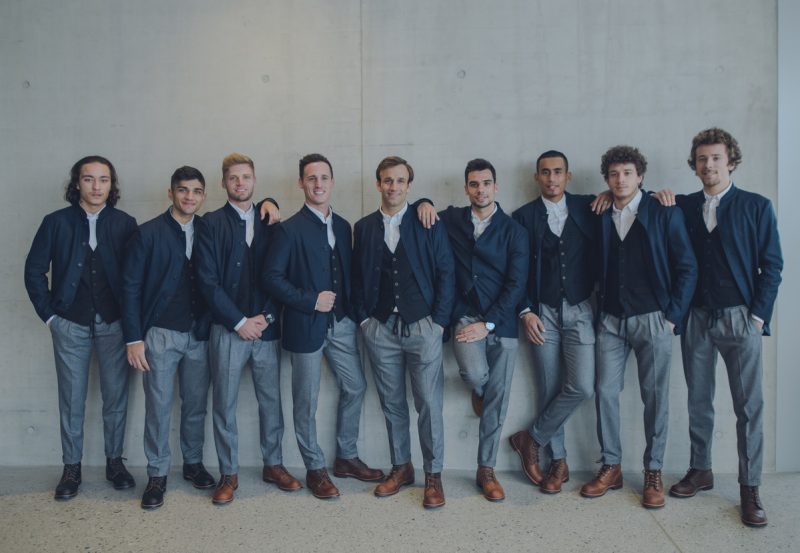 The German likened the ladder through the MotoGPTM levels to the similar philosophy applied to Junior, European and then World Championship racing in offroad, principally motocross and MXGP where the factory have seen teenage ‘promise’ like Marvin Musquin, Ken Roczen, Jeffrey Herlings, Jordi Tixier, Pauls Jonass and Jorge Prado mature into FIM title winners.

KTM have long been a major player on the dirt and now the rush is on to reach similar gains across the asphalt. “This is a five-year program and by the end we want to see podiums and for the upcoming racing season I’d like to see single digit results; that’s realistic because we are still collecting data and we miss all the experience of our competitors,” said Stefan Pierer with typical defiance and no shortage of ambition. “For 2019 – in gambler’s speak – it’s ‘all in’.”

MotoGPTM has the second of two official pre-season tests from the February 23-25 at Losail in Qatar with the season starting at the same venue on March 10.

60 Responses to Floating the Armada: 2019 KTM MotoGP™ lineup gets ready for the sea