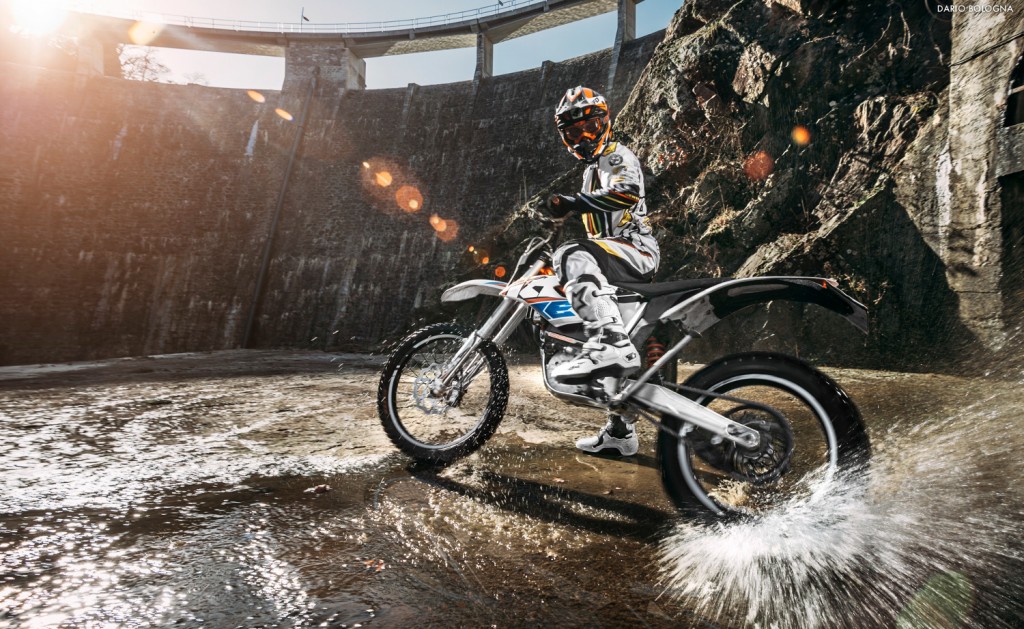 Vanni Oddera is a spiritual guy with many interests and talents. As a motorcycle athlete he’s probably best known as a Freestyle motocrosser, but Vanni is also involved with motorcycle projects for disabled children, owns a pub, and is very in touch with the simple things in life. We gave him a FREERIDE E to try out and talked to him about his story, his projects and how much he enjoyed riding KTM’s first electrically powered offroad bike. 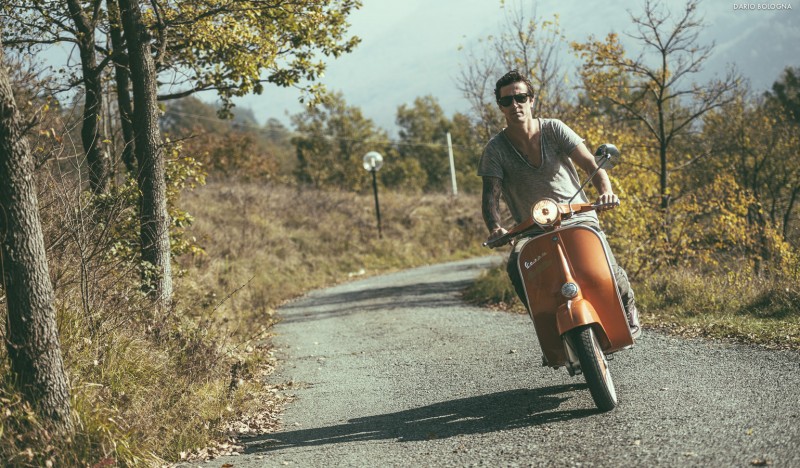 Vanni always wanted a bike as a child, but was encouraged by his mother to do anything but riding a motorcycle. At the age of 21 Vanni, who was raised in a small village between Genoa and Savona in Italy, bought his first bike and has since carved a career in the high-adrenalin world of FMX.

“My story is very strange, because as a child I loved the bike, but my parents have never bought one. My mother had said ‘Vanni in this house you will never get a motorcycle.’ For years I have practiced many sports: fishing, athletics, orienteering, mountain biking, archery, etc. then finally at the age of 21 I bought my first bike and thought wow this is life.”

The Italian is well known for his incredible bike designs to accompany a high-class reputation as an FMX athlete, which has become his first love. Vanni actually has a degree in graphic design and revolutionizes his bike every year with a special message. In 2015 Vanni’s KTM FMX bike is dedicated to nature and animals, as the psychology of the colors allow the viewer to see a change in color during a backflip. Travelling globally Vanni does demos on his FMX bike, especially as he prefers this freedom to take his sport to the people, rather than the competition side of freestyle motocross. 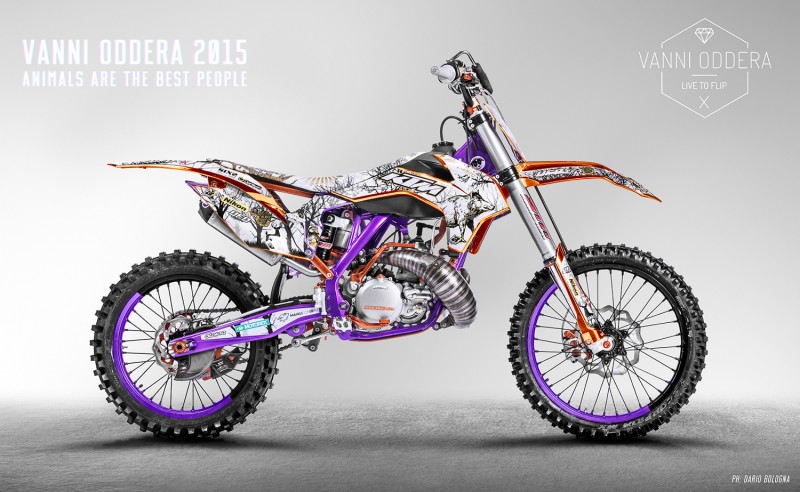 Looking a little deeper though, Vanni is not really the kind of stereotypical guy you’d expect to be riding FMX. A peaceful man who lives in an old stone house in the middle of a forest, just a few miles from the sea, which includes a training park, Vanni loves nothing more than the tranquility of his home. He renovated the 200-year-old house by himself, and had dreamt up the design for years with special features like a tree house he can sleep in so he can be close to nature every so often.

“It took me four years to renovate this old house of 200 years, my friends gave me a hand, but all that is in it I did it with my hands. The house was designed by me, right from my mind, a mind of a child. I also have a wonderful tree house, equipped with every comfort where I go to sleep every so often to stay in closer contact with nature.” 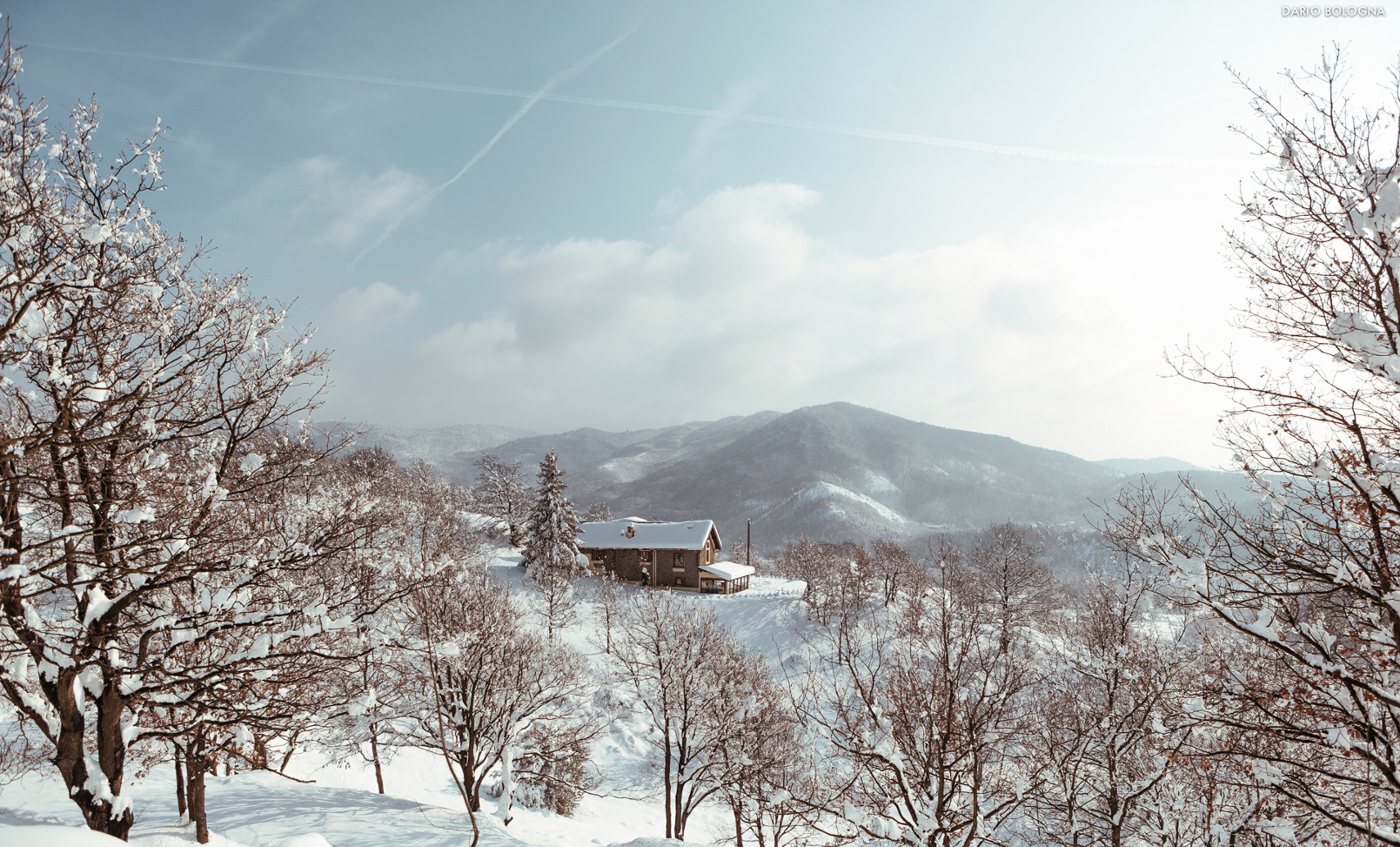 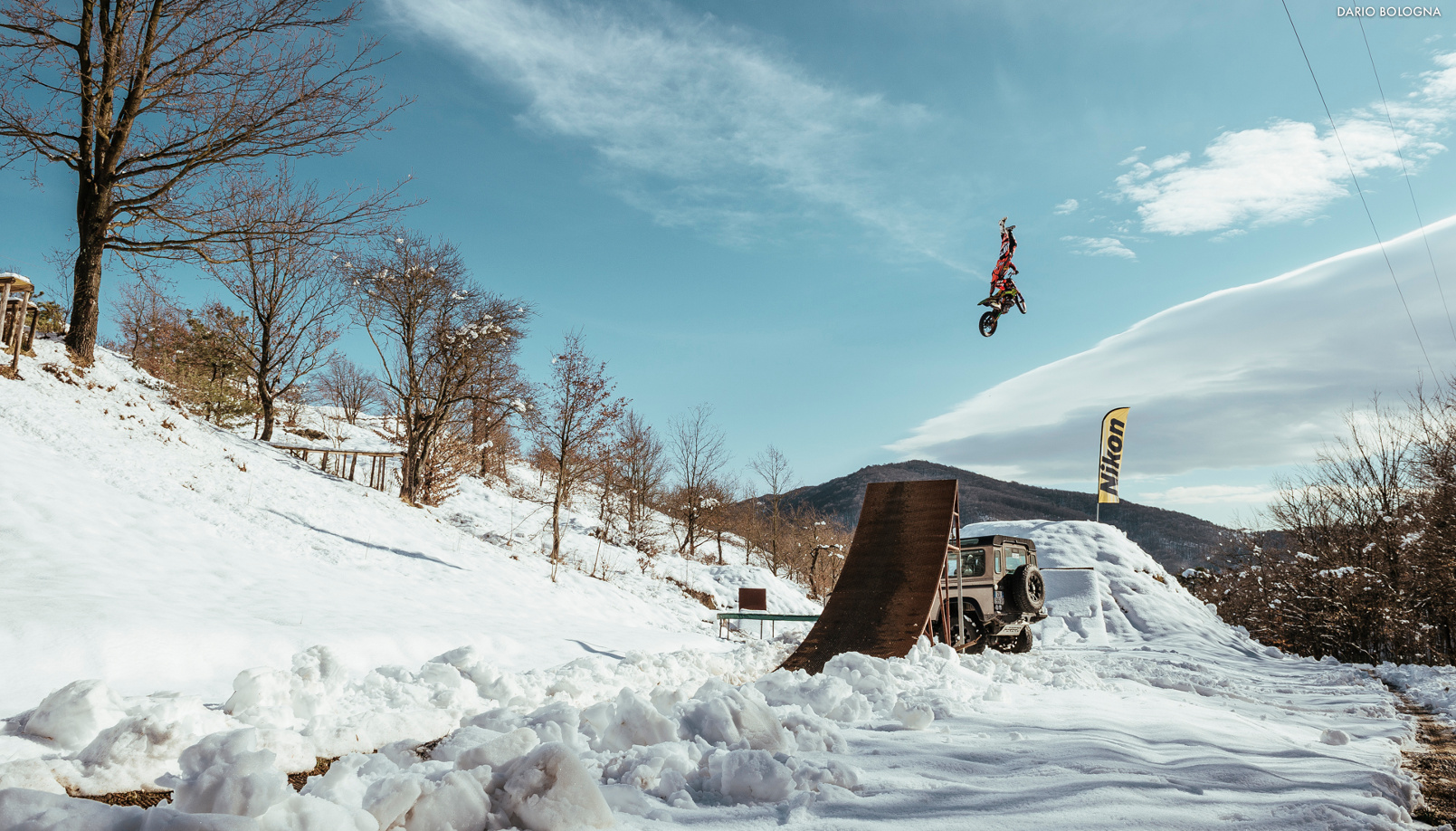 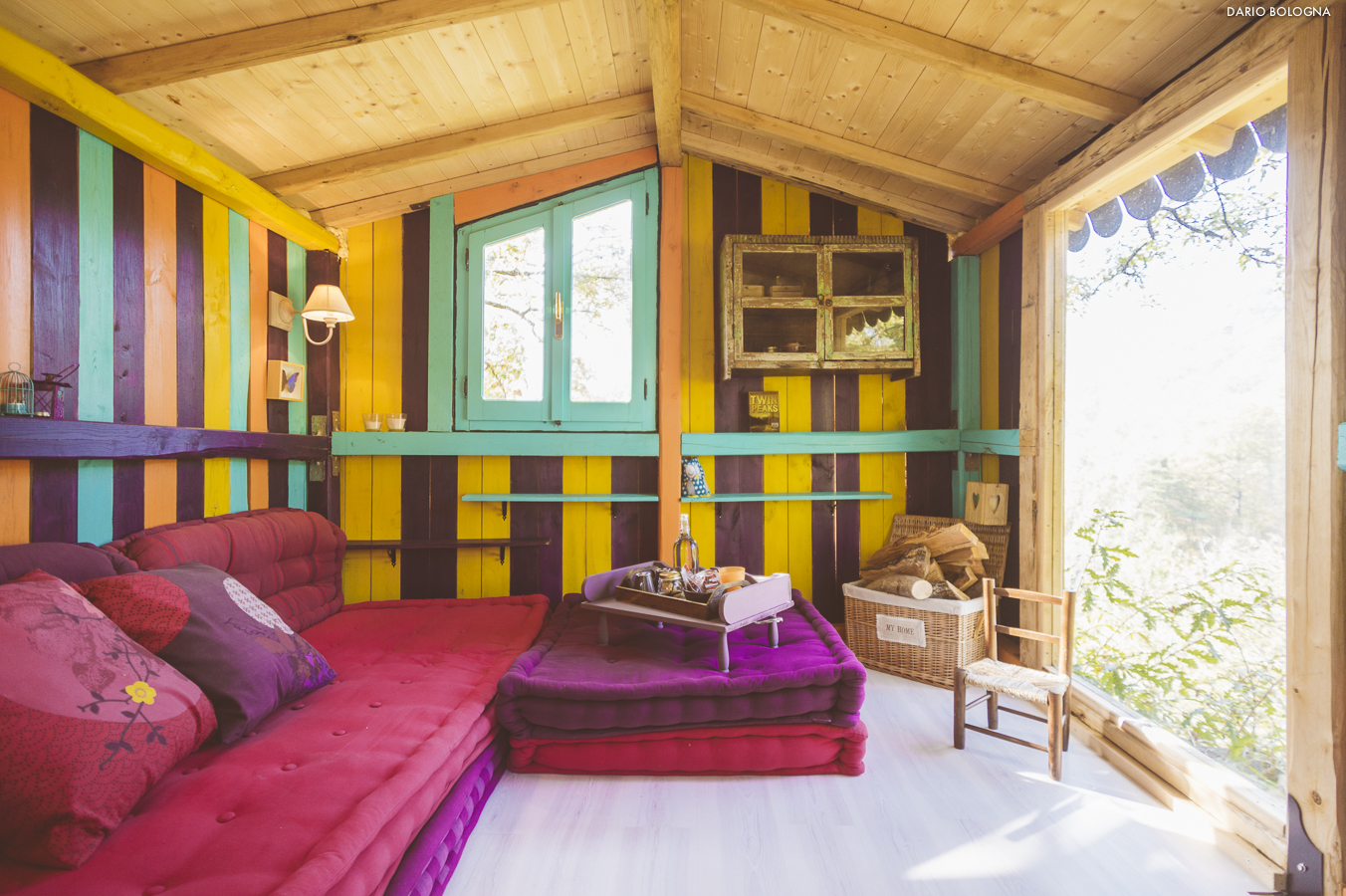 Not only that the entrepreneurial FMX star owns a pub, and of course this seems a little strange in Italy, although there’s a special social story behind why Vanni began this project.

“15 years ago I went to live for three months in Ireland. When I got home I decided with my brother Luke to open a pub in the woods; a true meeting place for all the kids where you can enjoy good music, you can drink well and where you breathe motorcycles! It’s a magical place, where all objects are old with a history. A timeless place, a place to get lost and forget the problems of everyday life. I will also soon build a terrace on a local beach with my girlfriend called “pigs with wings”, which overlooks the sea and where people can drink and listen to jazz music.” 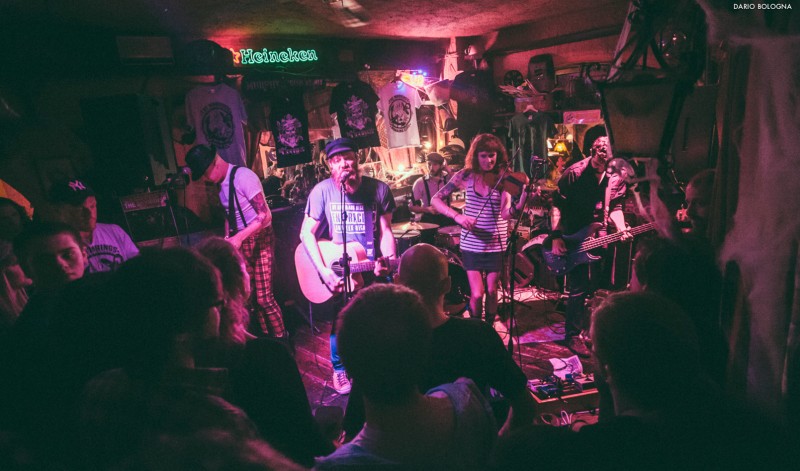 It also needs to be mentioned Vanni’s wonderful Mototerapia project. While many doubted it, Vanni always believed he could give something back to the community and opportunities as humans for everyone to feel the fun of a motorcycle – and with this he came up with Mototerapia – an initiative in which he takes disabled children for a ride on his FMX bike. While many thought the children would be afraid of the motorcycle and it should be inaccessible for them, Vanni went on with the idea. In three years it’s grown from nine initial children at an event in Italy, to 160 children turning up in coach loads, to a worldwide initiative.

“I remember the first time like it was yesterday: I was almost convinced that my idea was really absurd, I was agitated, but to remove the helmet and see those nine guy’s spurt with joy, let them get on the bike, I felt their arms clasped strong, their laughter in my ears, their eyes full of enthusiasm, and it dispelled any doubt. The Mototerapia went on and on! I arrive a day earlier to my events, because the day before the event is dedicated to them. I shared strong emotions with disabilities throughout Italy. I exported this project to Russia and at EICMA. There was no longer just the nine boys like in the beginning, well 160 disabled friends arrived with their coaches from throughout northern Italy to see their superheroes fly in heaven, to jump in the saddle with them and explore the area of the full gas Motolive. Their most common phrases? “I’m not afraid … I feel free … I can fly … I did the loop together” – and this is the best thing for me because there is no greater joy than to give emotions to others. Thank you for this great joy!” 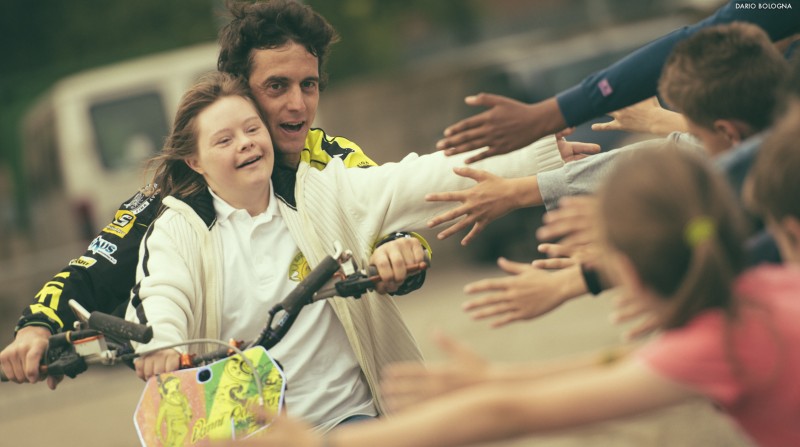 With his love for nature and high-adrenalin FMX, it seemed obvious to give Vanni the opportunity to try out the FREERIDE E, which represents freedom and of course a greener future for our environment. In just a few goes it was completely clear that he really loved it.

“It was fun. A unique machine for those who do not want something professional, a fun bike, the disbursement of the electric motor is simple to use and the three mappings make it a versatile bike. The mapping level three, the most powerful, is not too dissimilar to a 250 2-stroke. This bike is the bomb. I’m pretty sure you can do all tricks on it!”

When asked about backflipping, Vanni definitely felt it was ‘possible’.

“I really like the FREERIDE E because it made me discover all the sounds that are created just from a motorcycle moving; the wheel that slips on the earth, rocks moving under the wheels, the water that goes under the wheels, the sound of wind on the helmet and all this without bothering the nature. In one word: freedom.” 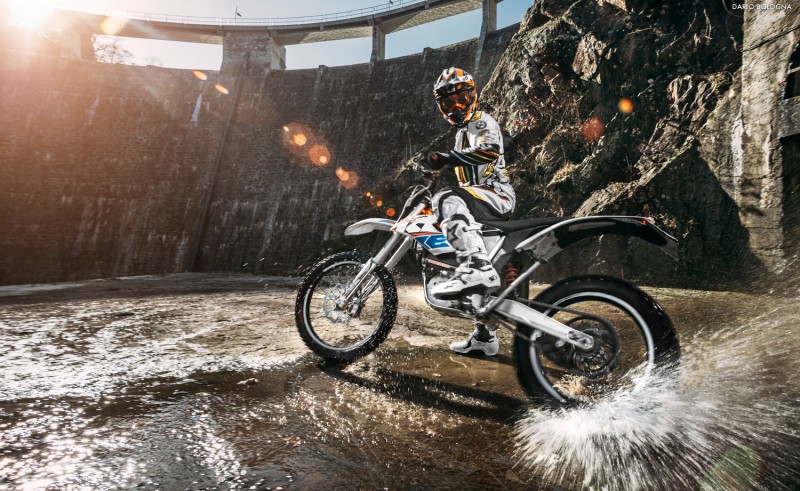 Vanni took the bike out in some varied terrain to get a true feeling of the bike and thoroughly enjoyed it. The pictures in Italy show some real beautiful places, and the FREERIDE E in its element.

“I wanted to ride the FREERIDE E in Liguria, a land of great diversity, which in a few kilometers you’re on the snow, you’re at the beach, you’re in the woods and you’re in the city. I wanted to try it for a day in the snow, because I had heard that with the cold the batteries lose power, but I noticed that it is not true, the batteries have performed very well. Then I wanted to go for great tours in the woods to try its excellent autonomy.”

Vanni believes the bike is important to the future, and also let his friends try it out.

“All the people who have tried it have remained speechless! All of them said they did not expect a motorcycle like this to feel so complete. With this bike you feel free, you feel part of nature, you feel like an animal.”

They say a picture speaks a thousand words. We think these ones of Vanni and the FREERIDE E definitely do! 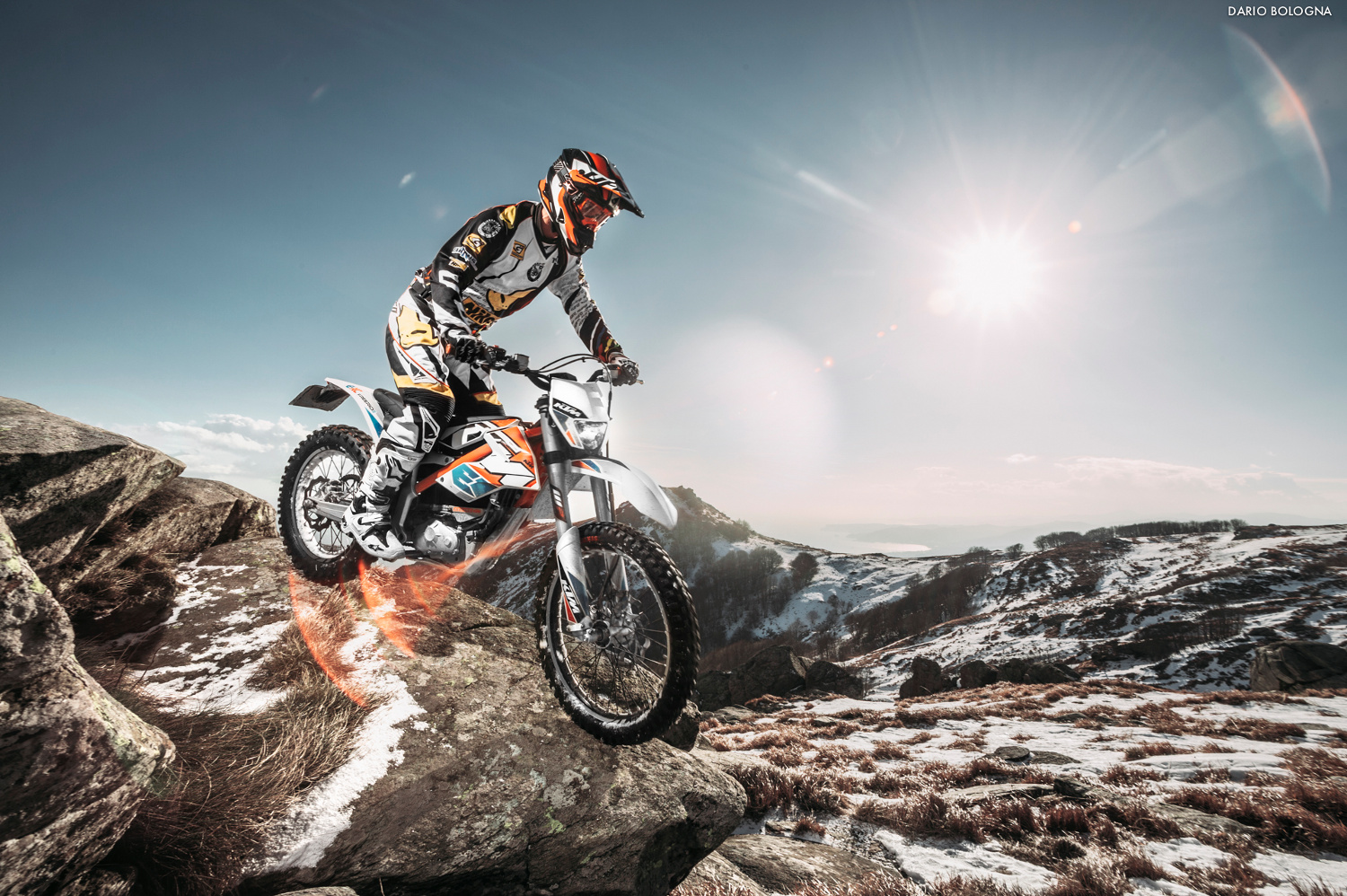 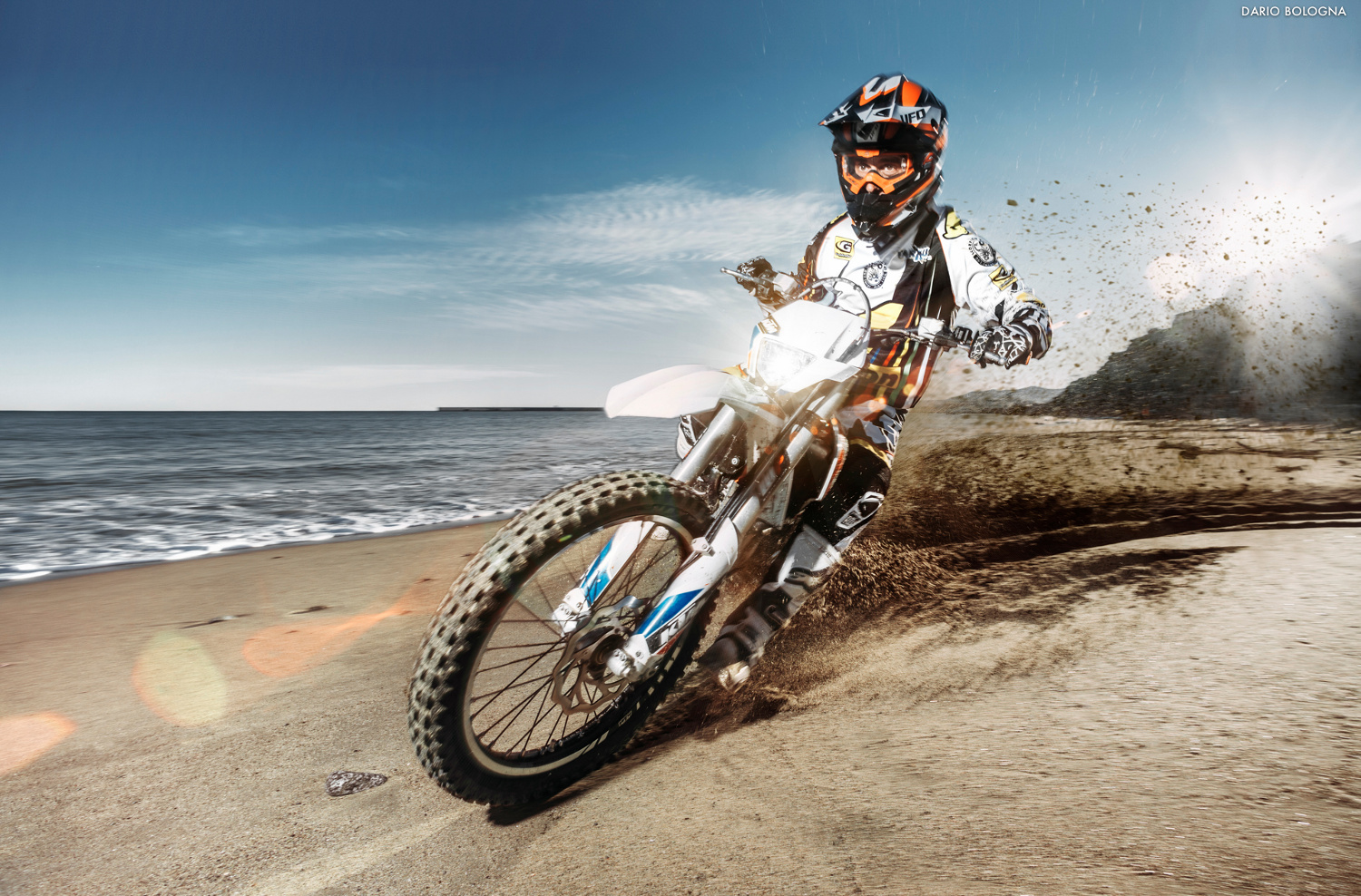 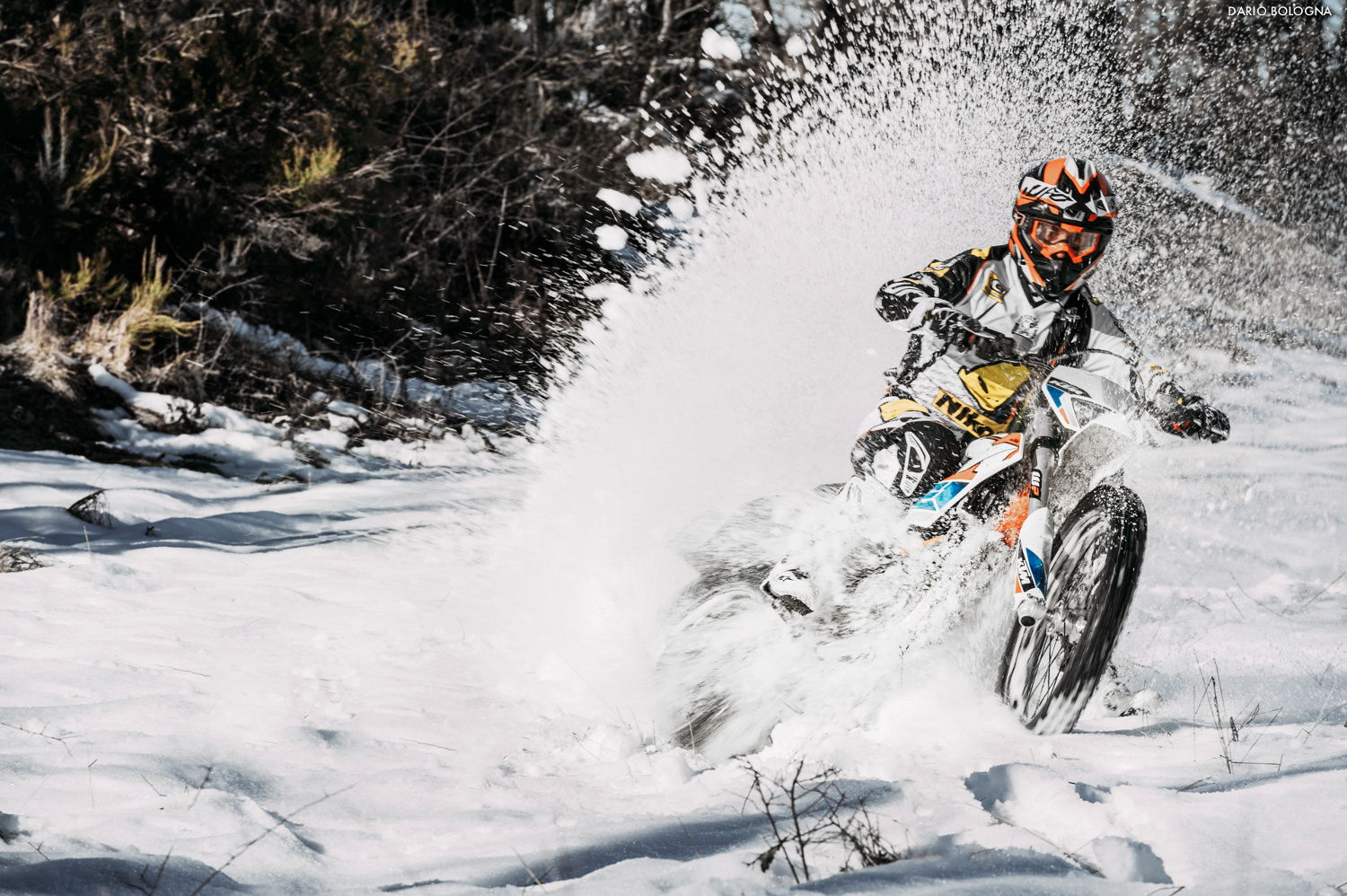 To find out more about Vanni’s tremendous story visit his website.