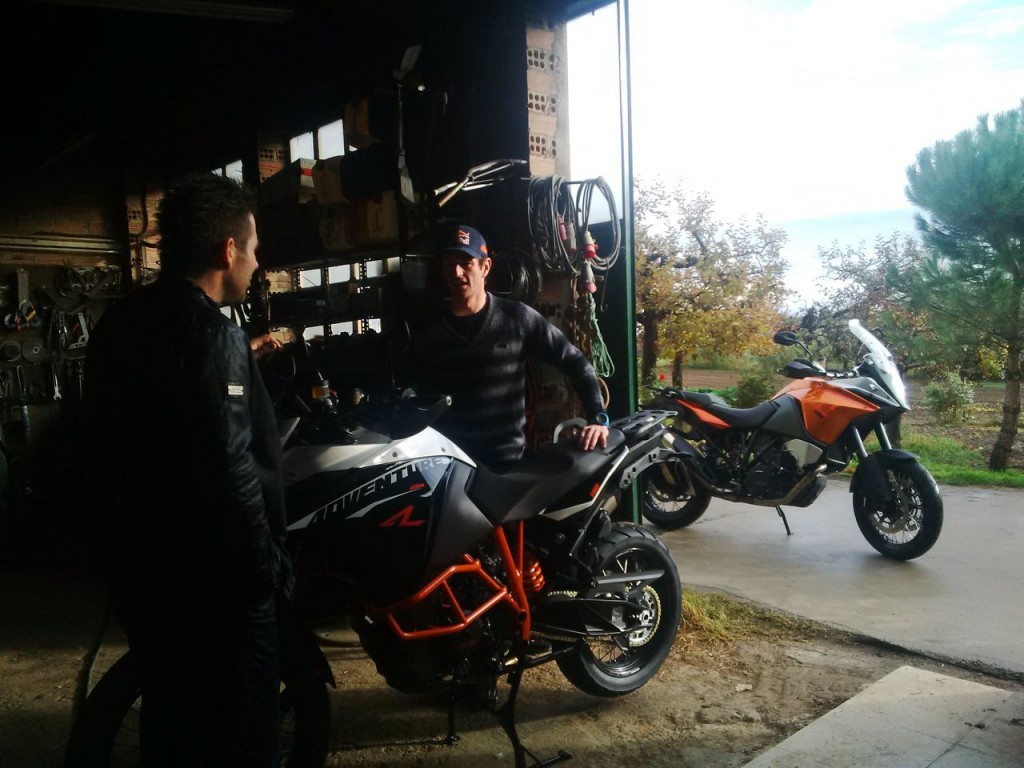 Four different ADVENTURE motorcycles “Made in Austria” meet four high-calibre sporting champions and motorbike enthusiasts. With the threat of enormous riding fun, sun and tapas, four superstars accepted our invitation to roll out the year in dignified manner with the stars of the ADVENTURE scene. In the first part of an extraordinary report, we follow rally world champion Marc Coma and high-flier Hannes Arch. 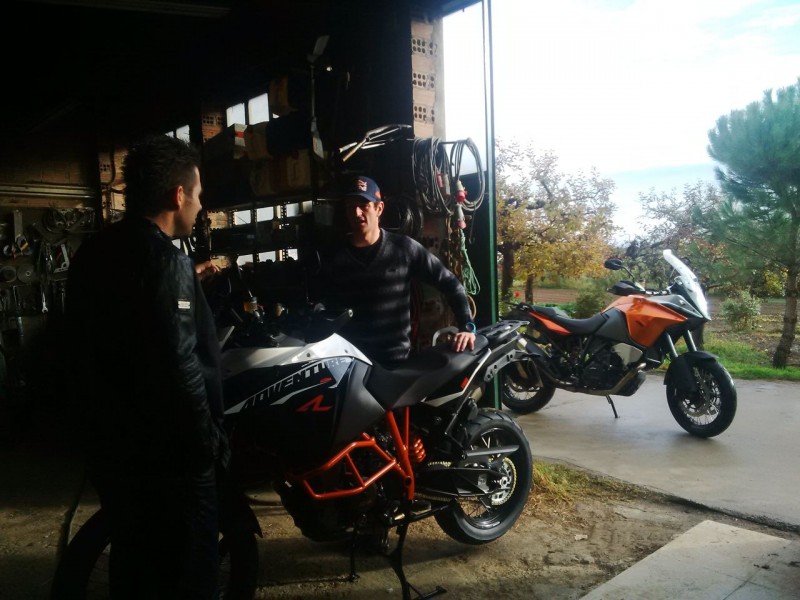 Spain, Barcelona – it is difficult to think of a better starting point for a befitting trip with sports-oriented travel enduros. Particularly since motorcycle batteries are being disconnected and snow shovels prepared in many other parts of Europe. All around the metropolis, ideal conditions are still to be found for revving it up on two wheels, even at the end of November. Air Race champion Hannes Arch was of the same opinion. On the spur of the moment, the Salzburg-based sports and flying ace packed his helmet, flew to “Barca” and spent a short night in a hotel before swinging highly motivated onto the 1190 ADVENTURE. Destination: Avia. An idyllic village on the way to Andorra and home to KTM factory rider Marc Coma.

Although the newly crowned 2014 rally champ is currently making intensive preparations for “his” race – the first stage of 2015 Dakar Rally starts on 4 January – it doesn’t take much asking to tempt him away to show the Austrian high-flyer the ideal line. Neither does Hannes let himself get worked up on the road heading north, when the promise of sun turns out to be a deception and the rain comes pouring down. Mr Arch couldn’t care less, keeping the throttle open and showing no signs of regret during the brief “cafe cortado” stop. When you grow up in the mountains, you don’t let a few raindrops throw you off course. 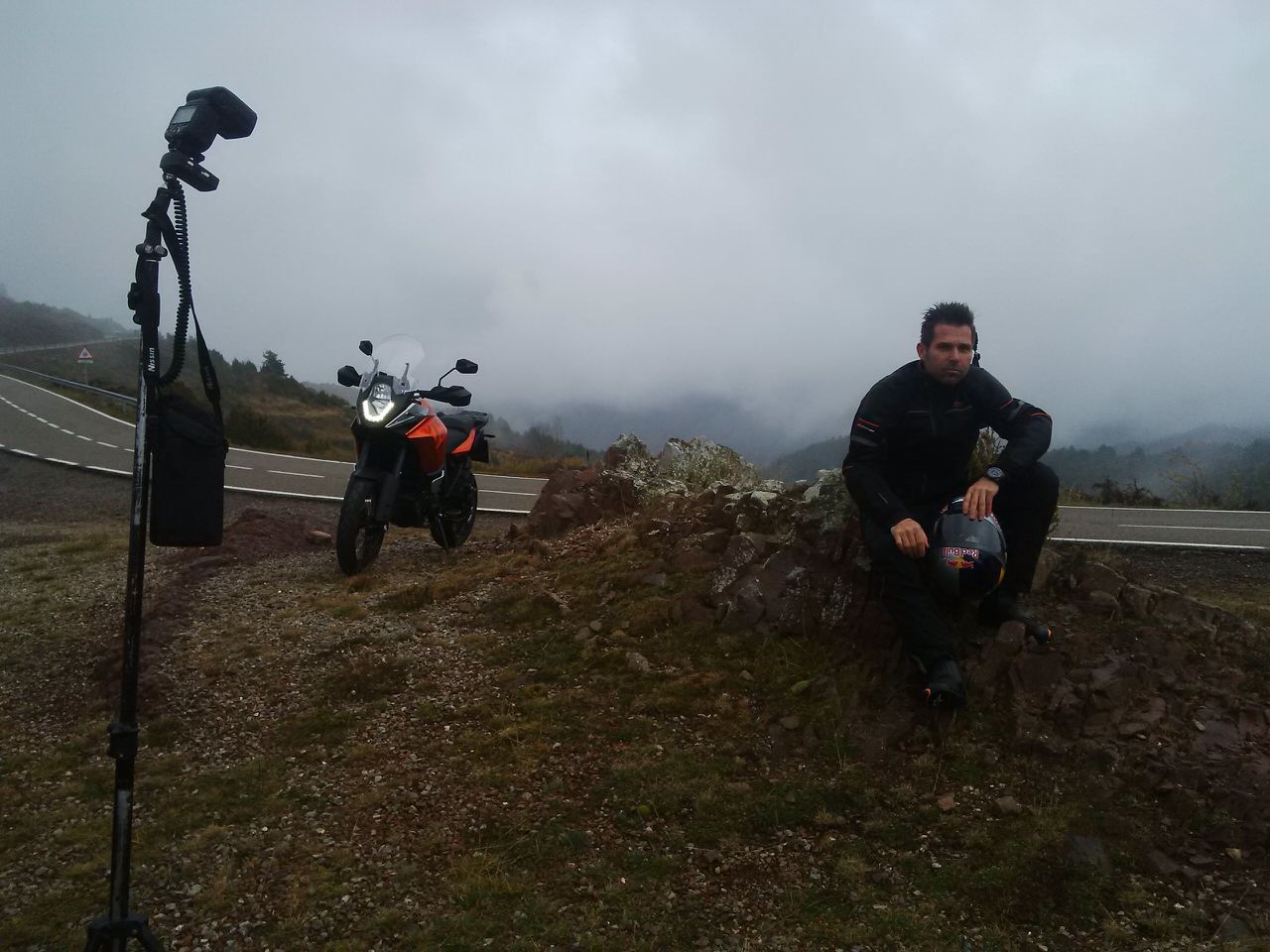 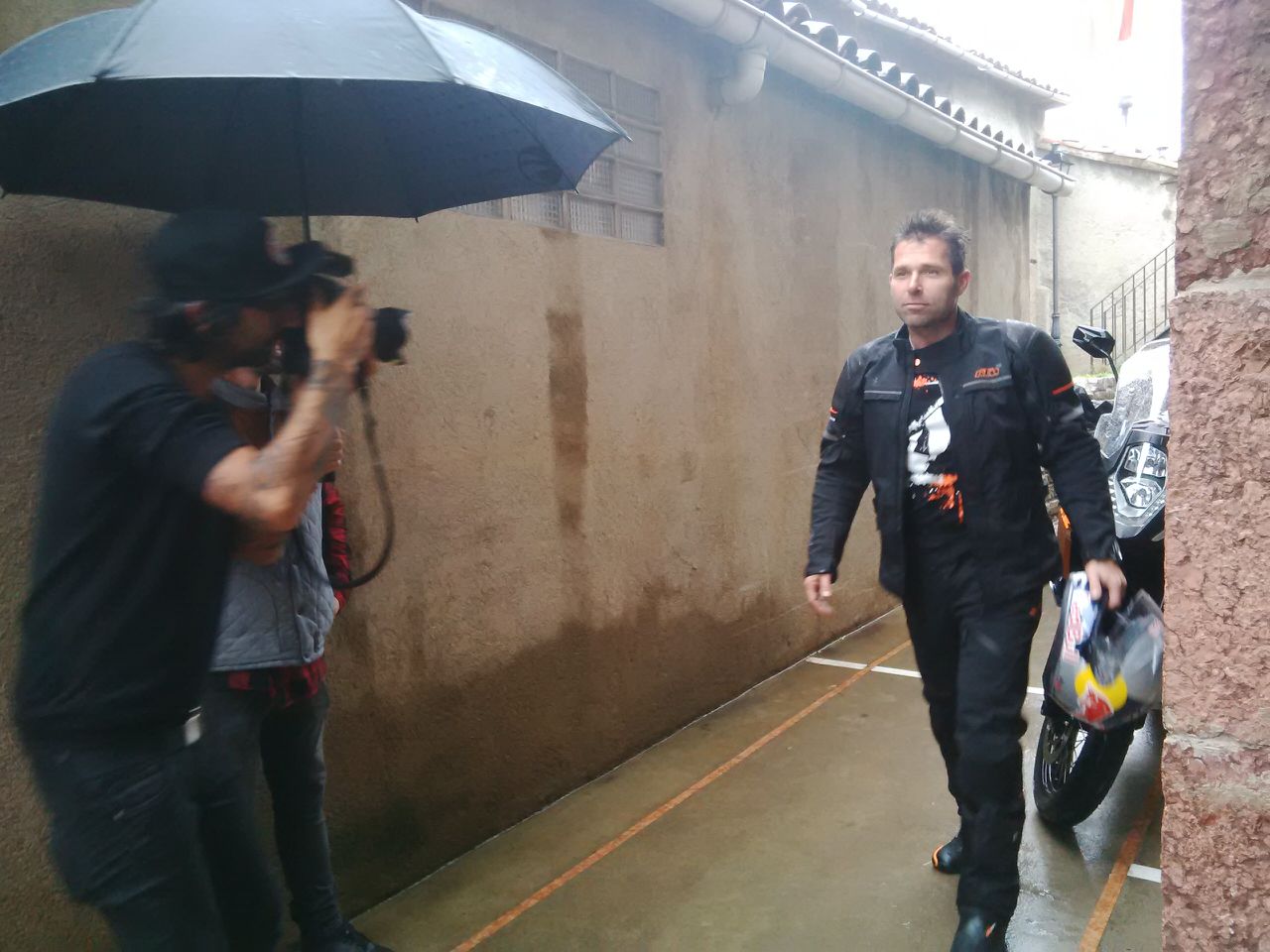 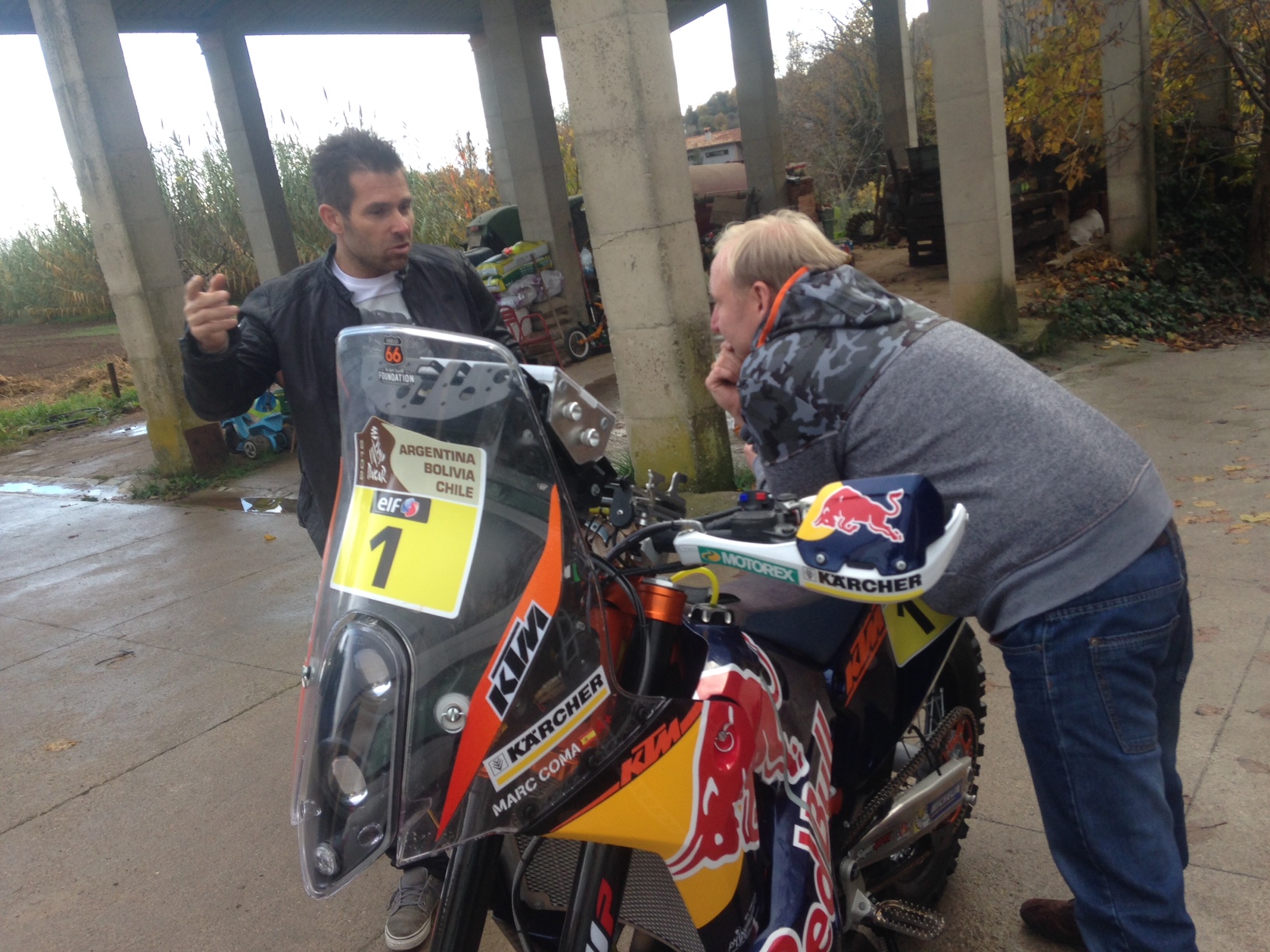 Upon arrival at the Coma hacienda, the dark clouds disappear. Clear for take-off – now the permanently grinning rally world champion enters the fray actively as well. After a few demo manoeuvres with the 1190 ADVENTURE R on partly deserted offroad tracks, the champions disappear on the narrow, winding, tarmac roads. The transporter, filled with an incredible amount of photographic equipment and a no less motivated picture crew, dances merrily along behind. 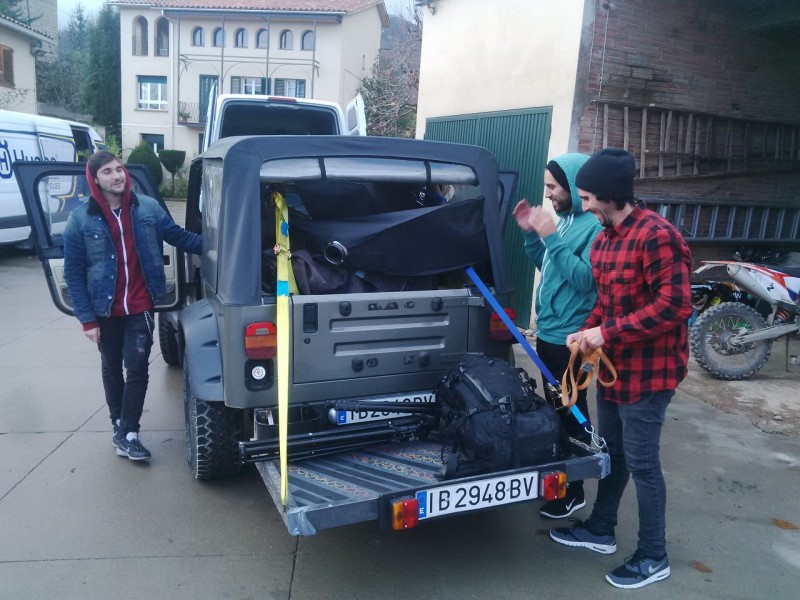 We’ve no need to worry about the two ADVENTURE riders, Arch and Coma, who are both blessed with inconceivable piloting abilities, or about the daring photo team either – everyone knows exactly what to do. While the engines on the two big twins are cooling down in the evening, Coma sweats away in his home gym again, Arch downs the previously announced tapas, and the photographer Sebas Romero scurries over his computer keyboard to study the results of the shooting. 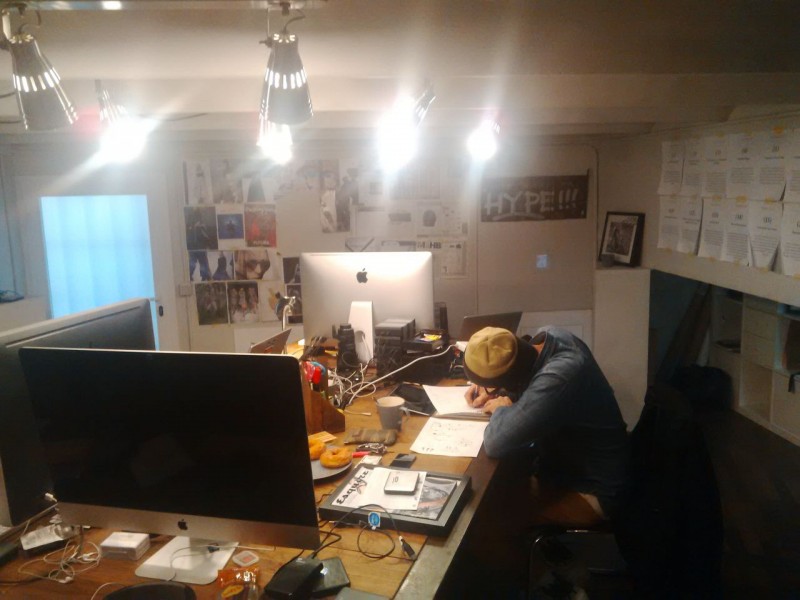 Everyone is aware that we were witness to a brilliant and high-spirited meeting of equally passionate and professional athletes. And that was only the beginning. The KTM BLOG will shortly report what happens when two other grand masters of their trade take to the handlebars of the 1290 SUPER ADVENTURE and the 1050 ADVENTURE. 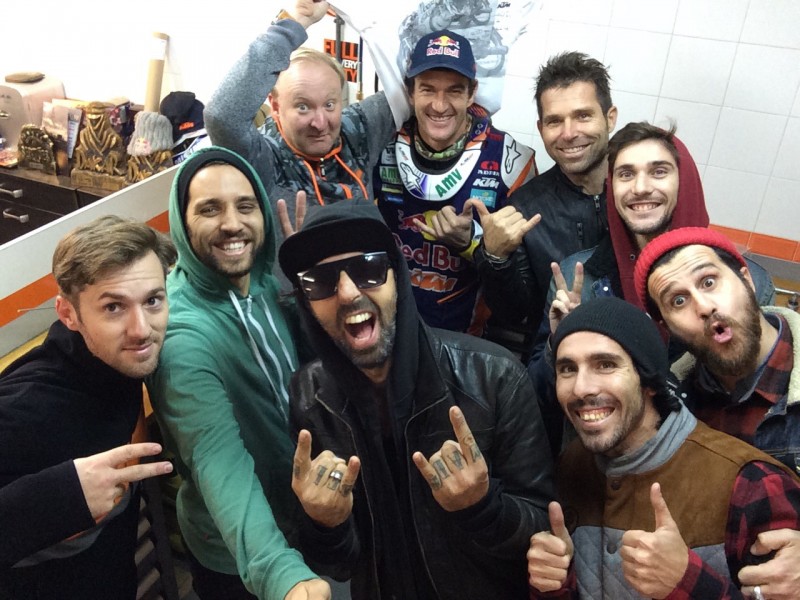