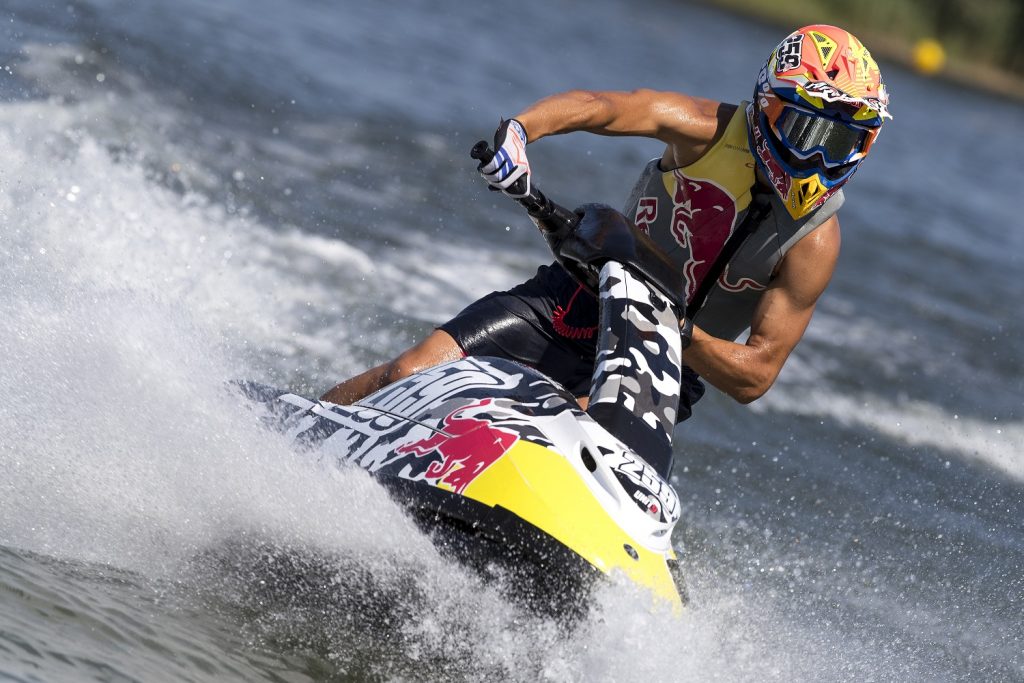 From wheels to waves: MXGP stars on the water!

Red Bull KTM’s Glenn Coldenhoff talks about his buzz for jet-skiing and how the fun watery escape actually has some similarities to his MXGP ‘day job’. It’s fitting that the 27-year-old Dutchman (and many other riders actually) is a fan of the ‘water bike’ because it was an American motocrosser, Clayton Jacobson, that first came up with the design for the ‘jet-ski’ in the 1960s and his eventual agreement with Kawasaki popularized the water craft and led to the emergence of a whole scene.

Jet-ski has its roots in dirt bike racing and while the ripples and waves of a lake in Belgium is quite a step from the hard-pack of an MXGP circuit, Coldenhoff feels there are elements in parallel to what he does on his KTM 450 SX-F, especially when it comes to sand funnily enough.

“Yeah because it’s all about balance,” he says. “I use a stand-up ski; which is much more enjoyable than a sit-down. To make fast corners is not easy because the rear end wants to come up and it feels like you want to make a short turn, which you don’t want to do! It’s hard on the body so it’s good training. If I have a day off then I still want to jet-ski because you get a workout. It’s hard on the back but the legs also. You are making small movements all the time.”

“I think jet-skiing helps for riding,” he adds. “If you have a GP somewhere like the sand at Lommel then you are moving a lot on the bike all the time as well. If there are a lot of jet-skis on the lake then it can get rough with the waves. It is a little similar to the sand: the ski is moving and you are almost in a similar position with the body. Cornering is way different on the water of course; you have a handlebar but you almost have to lean off the ski to get a nice turn. You are more like a passenger of a sidecar. I’m practicing quite a lot.” 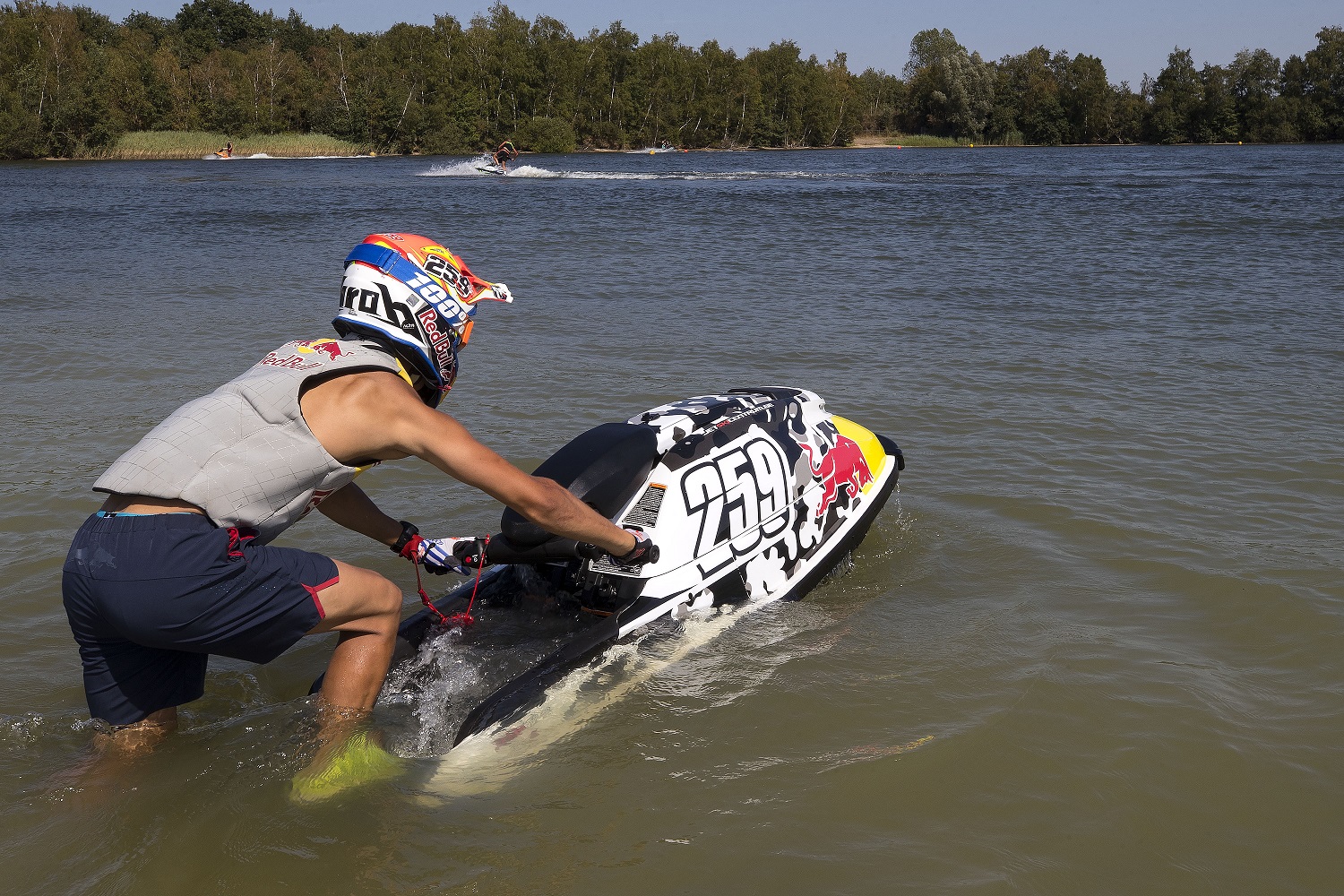 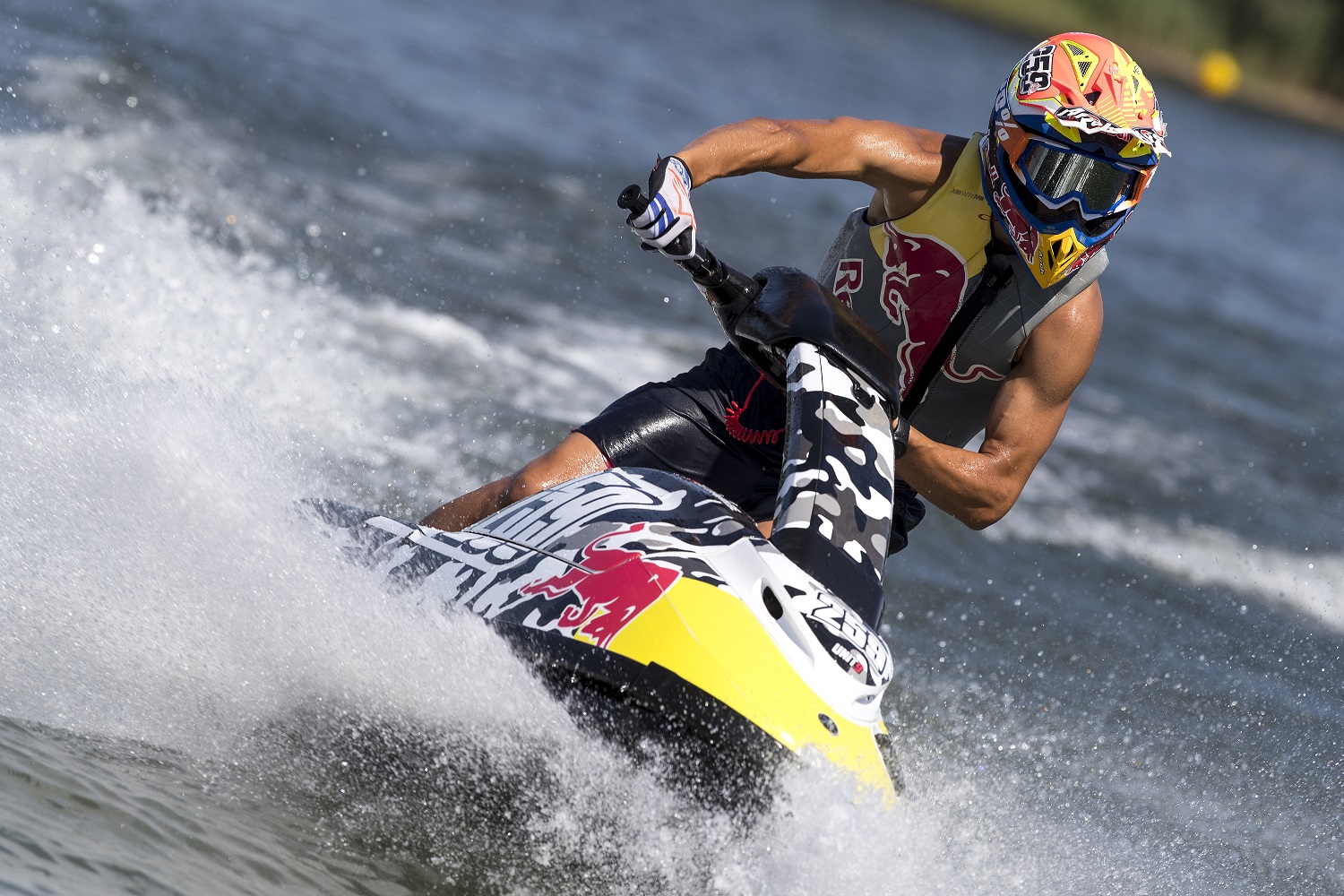 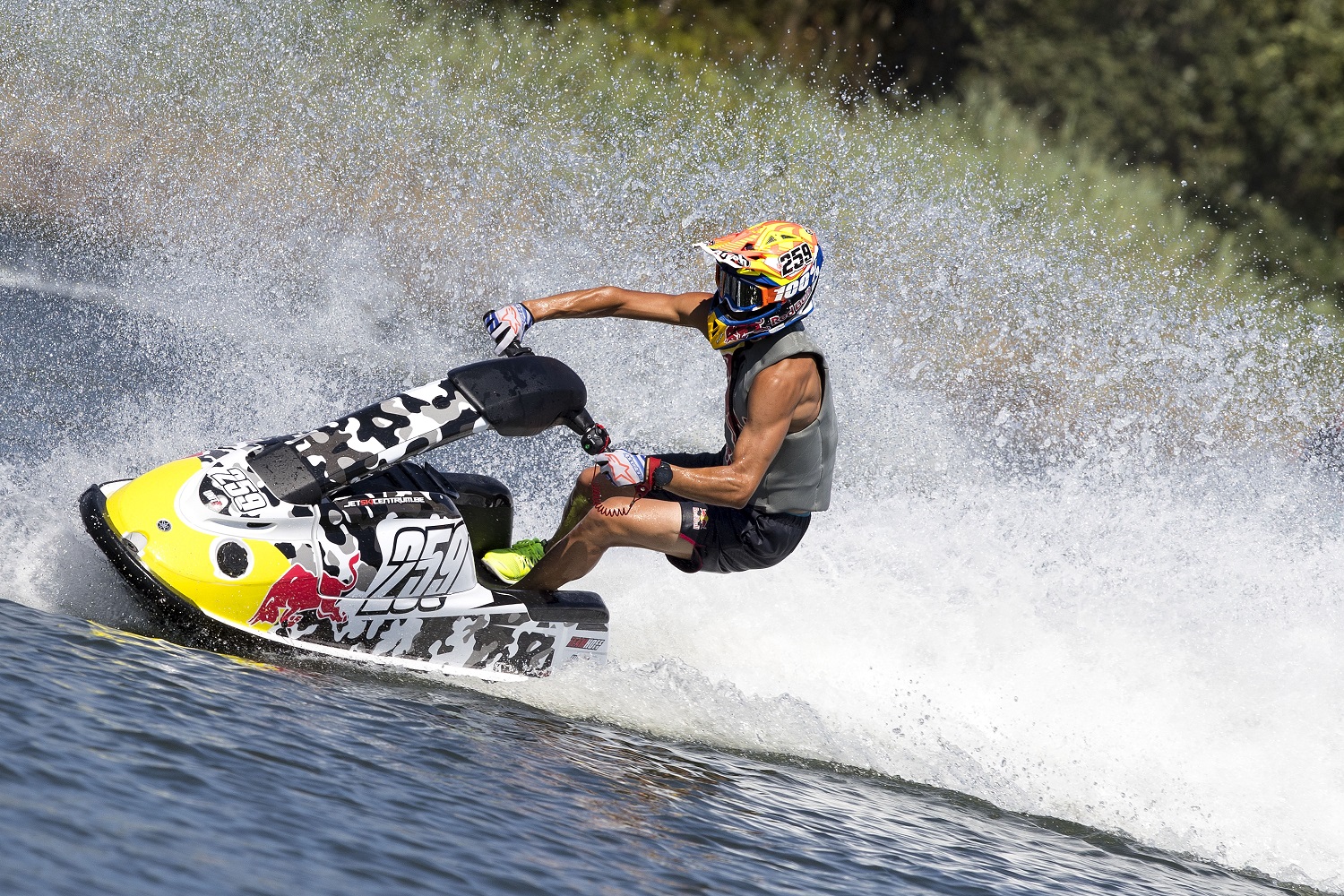 Coldenhoff is negotiating his third year as a Red Bull KTM rider and is hunting his first podium finish in 2018 in a season that has seen his two teammates set a new level of performance in the premier class. It has been an incredibly demanding MXGP championship where Jeffrey Herlings and Tony Cairoli have set the pace from the opening round in Argentina. Coldenhoff has had his most consistent term on the KTM 450 SX-F to date and is closing towards the top six of the standings. His fascination with the water is a recent trend and began with a fancy towards a certain Red Bull garment.

“It started with a friend of mine who had a jet-ski. I think it was two years ago and I really enjoyed it, especially in the summer days when it is hot,” he recalls. “Since coming back to Red Bull we have an athlete App and I was ordering caps and clothes and always trying for a wetsuit, but it never came. I was talking with my friend and he said “the day that it arrives we’ll go and buy a jet-ski.” That finally happened last summer and about four weeks later we had the jet-ski but the weather was starting to turn. I would say we’ve done a lot more hours on it this year already.”

“Jet-skiing is still a little bit ‘racing’ and we have a track on the water we can follow,” ‘The Hoff’ adds. “It’s still quite difficult for me and I’m crashing a lot but I can play a little bit with the jumps and dives.” 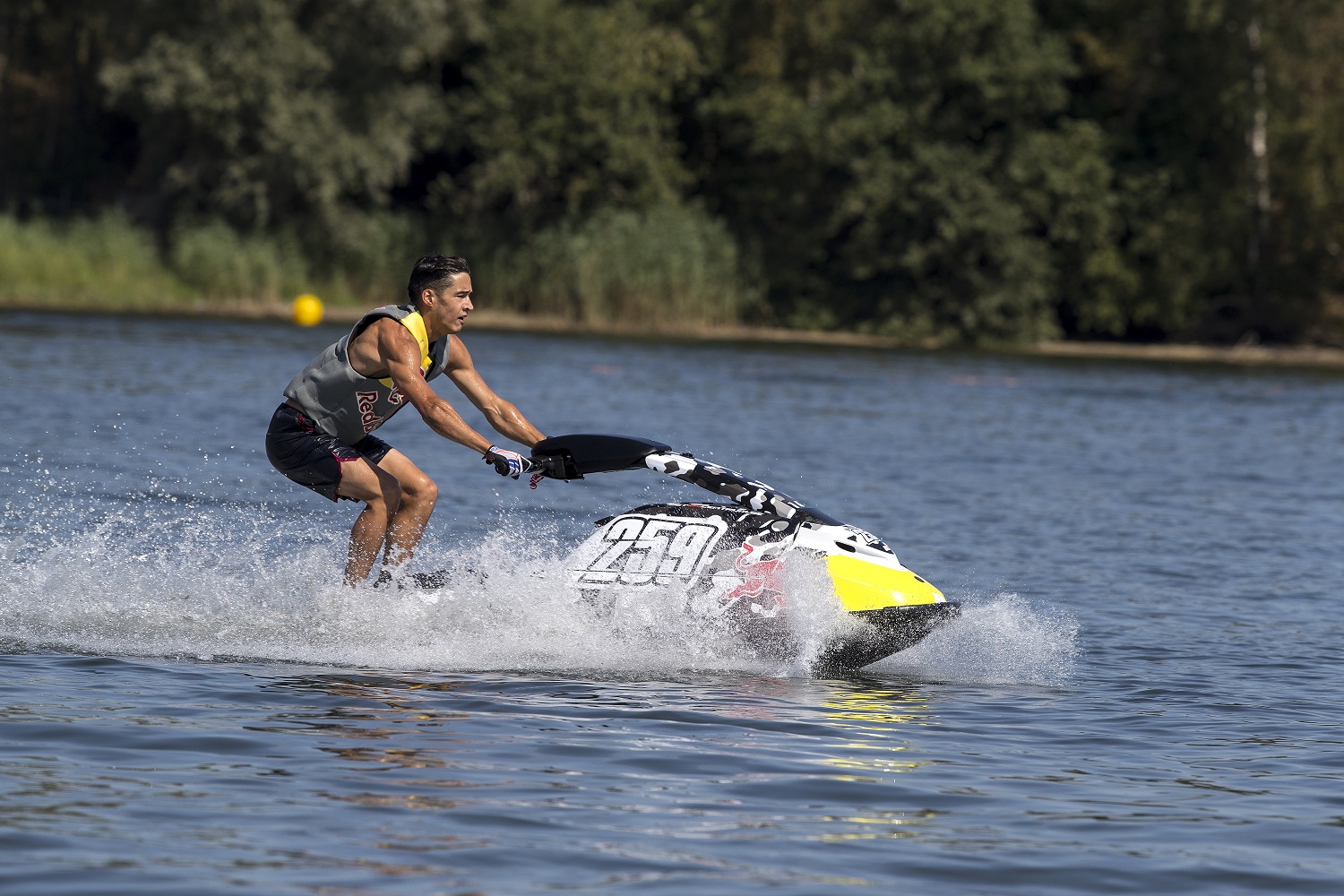 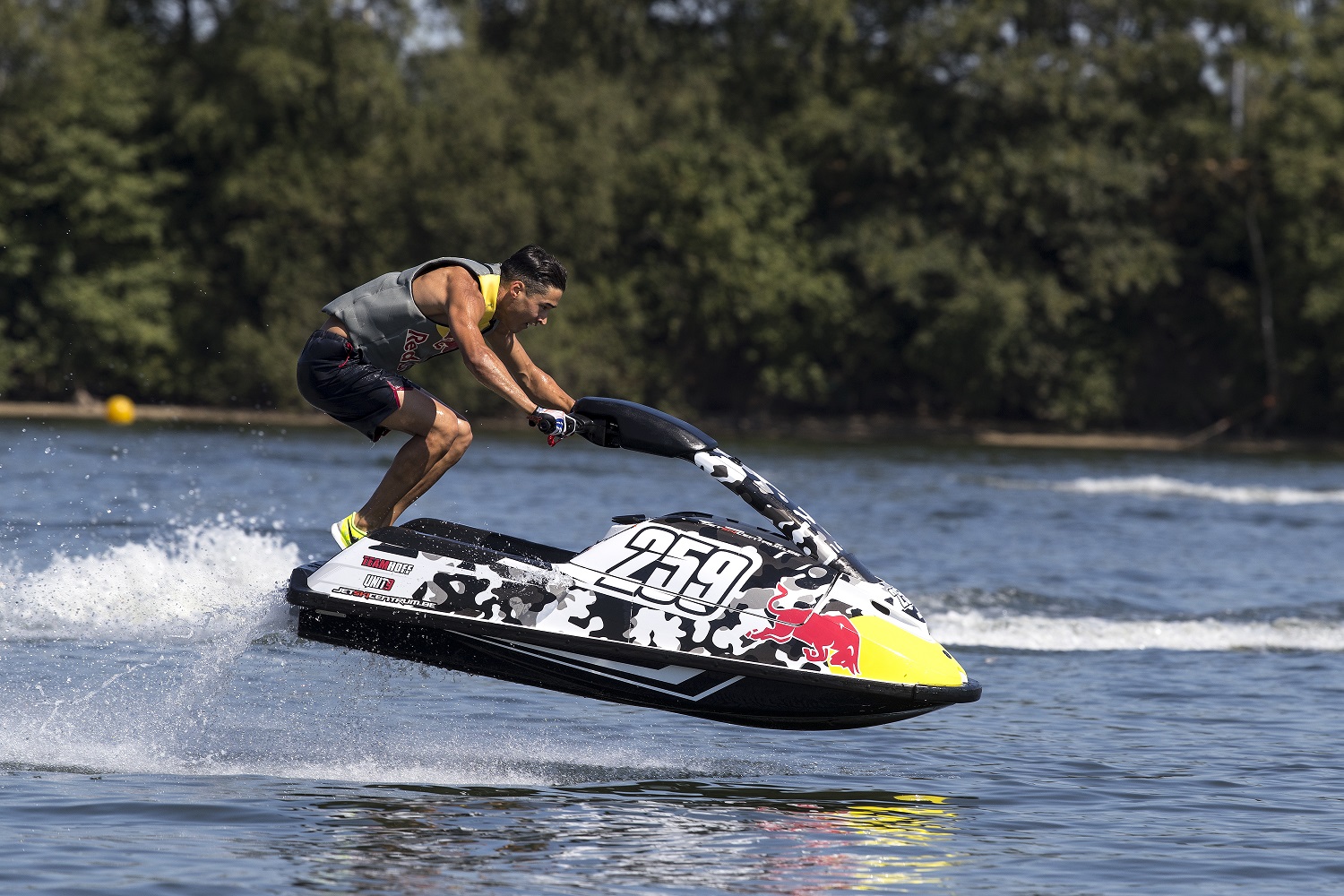 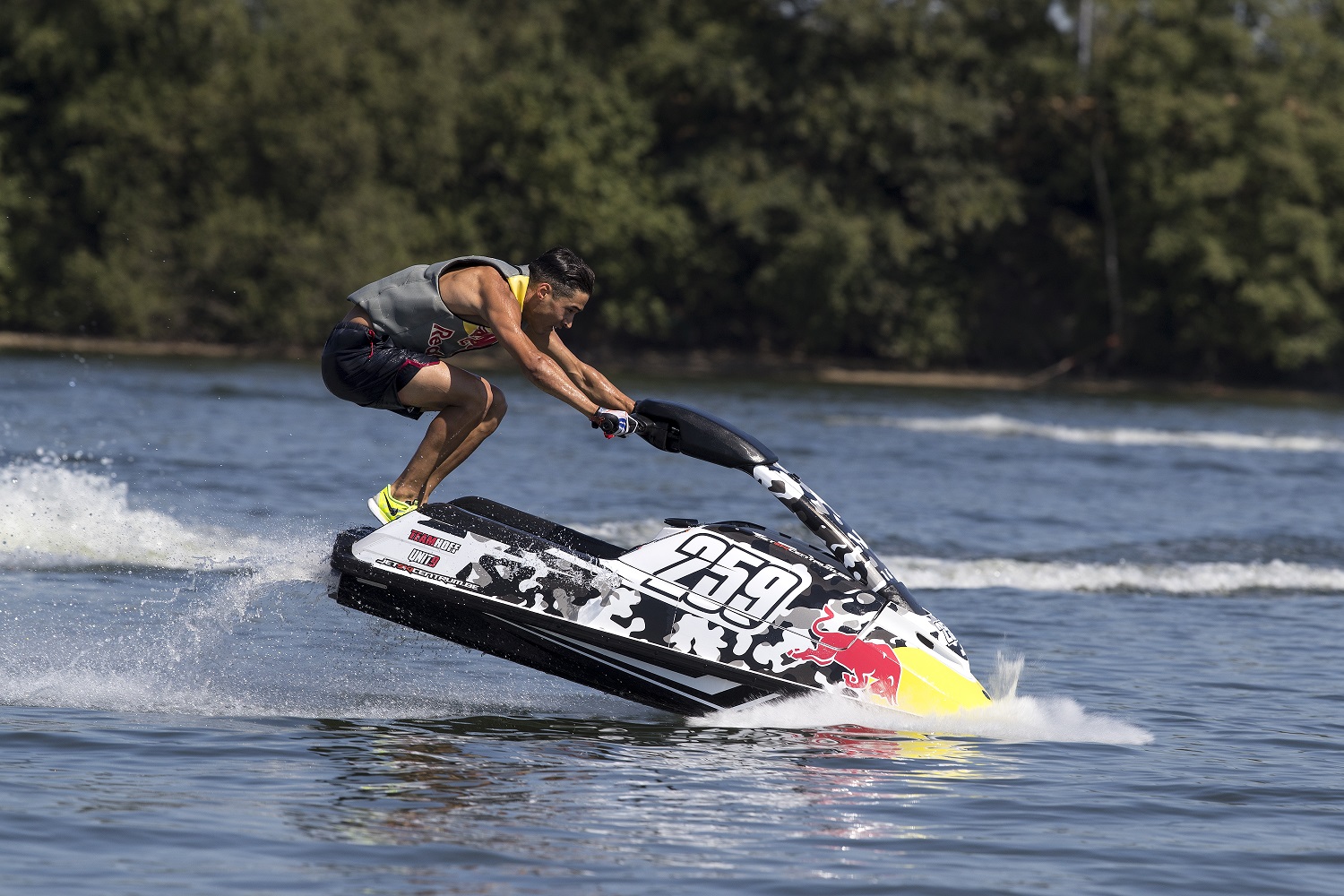 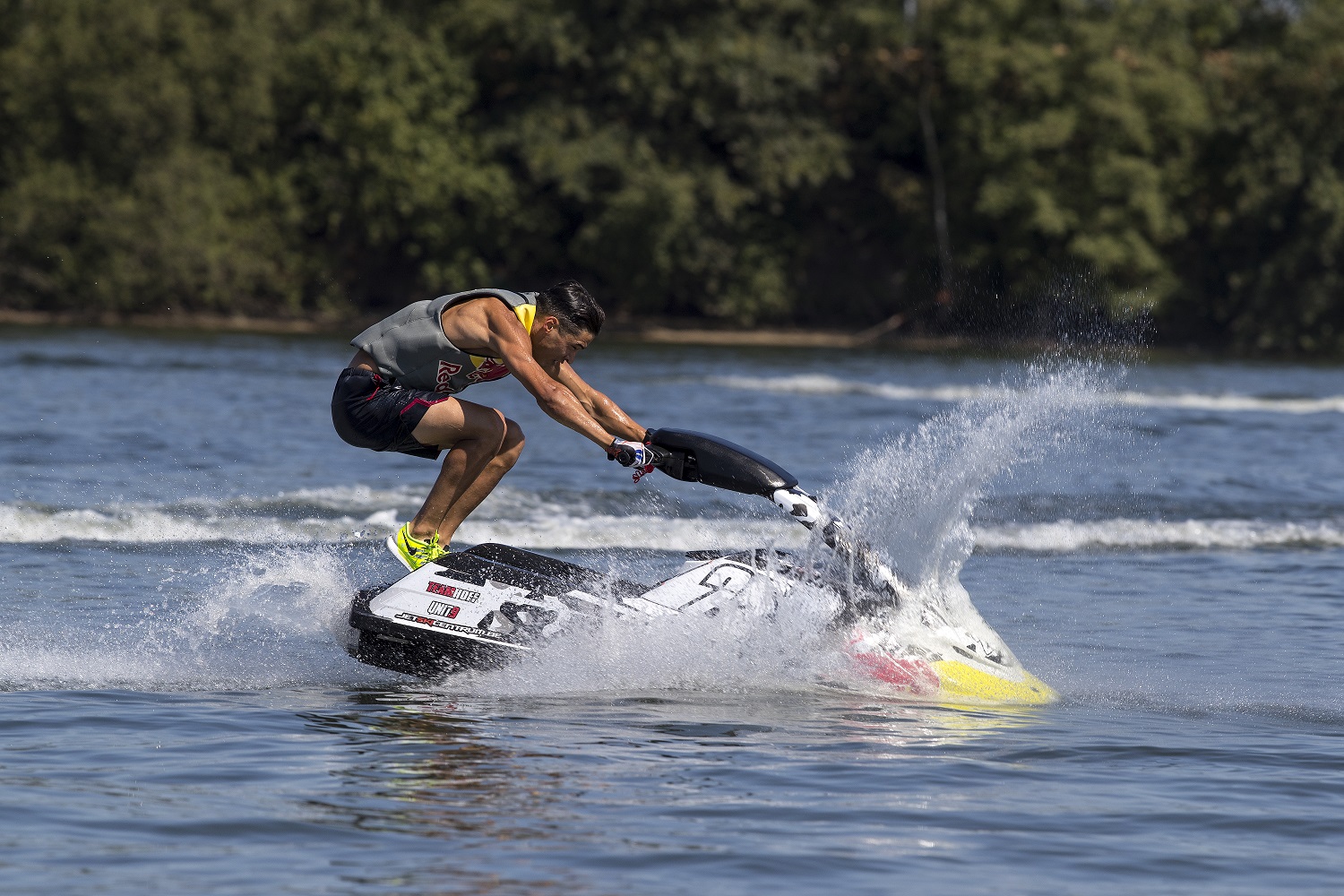 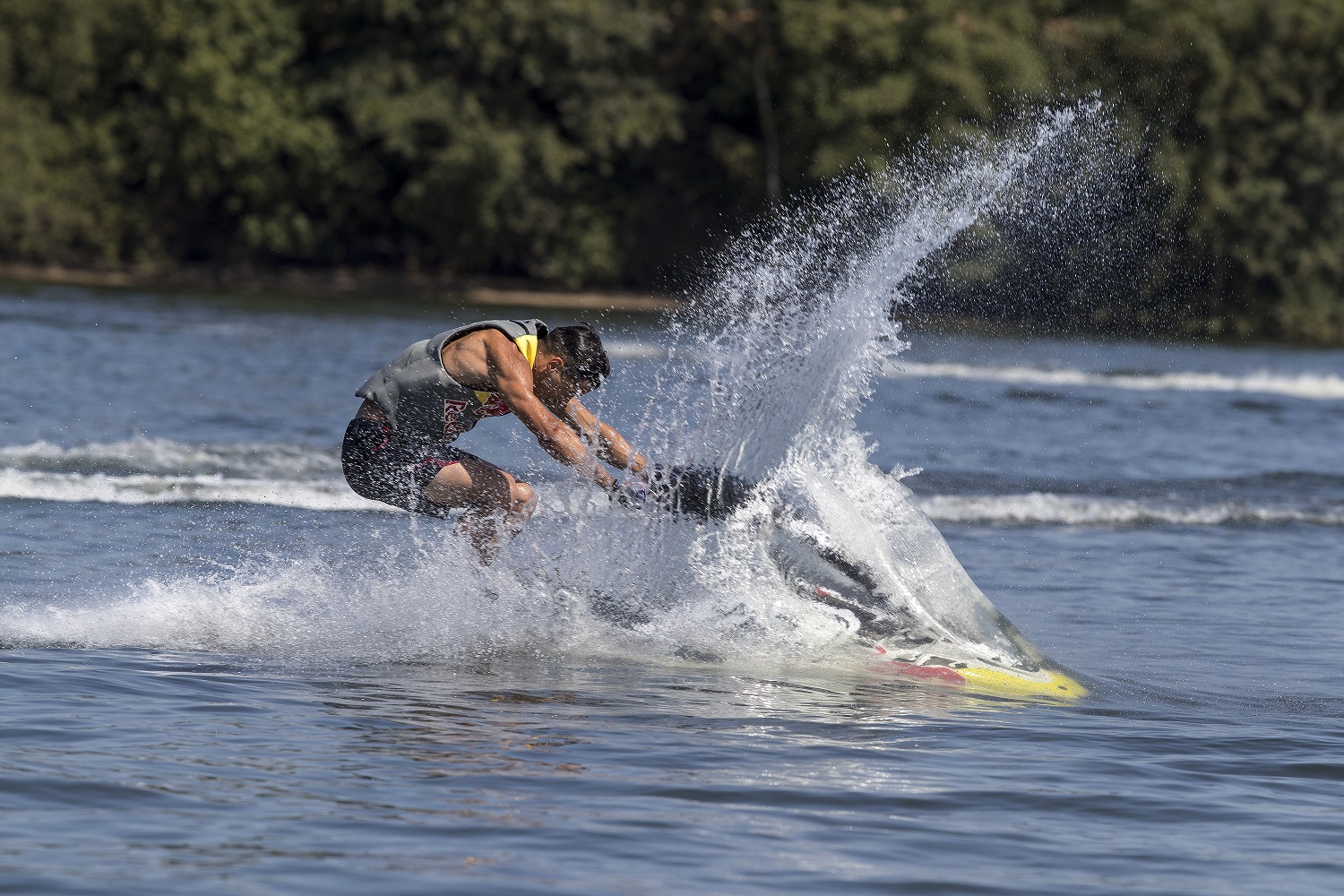 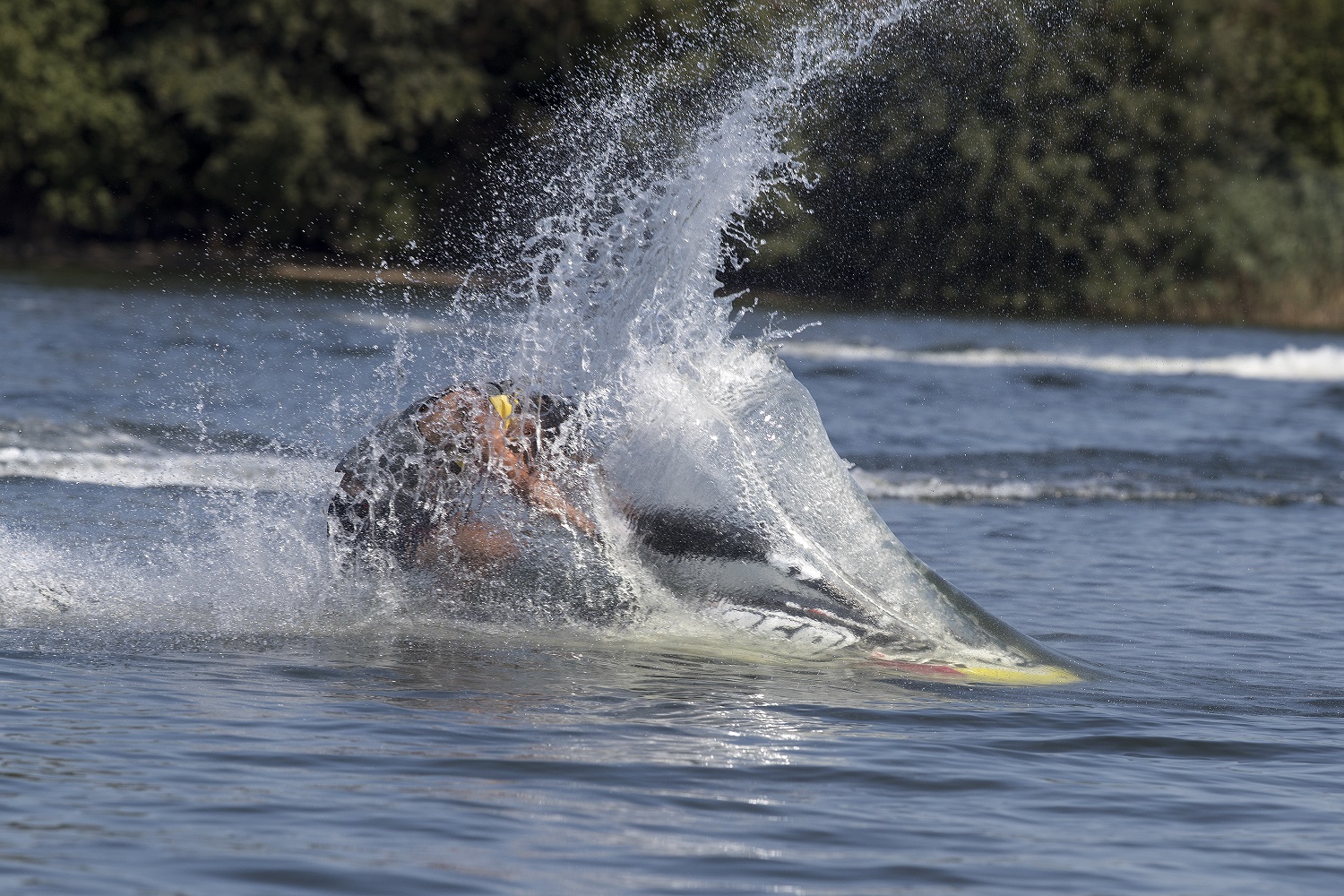 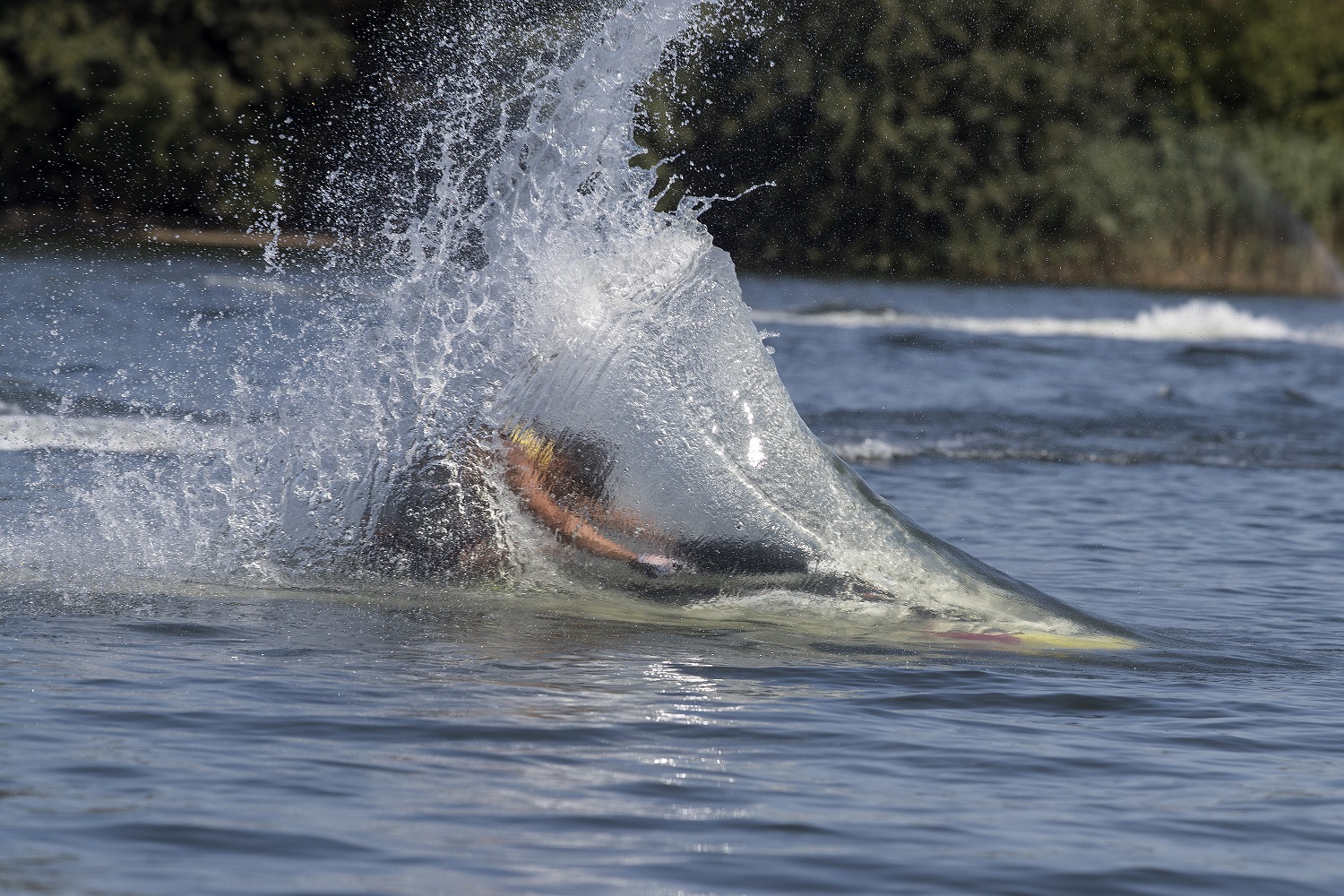 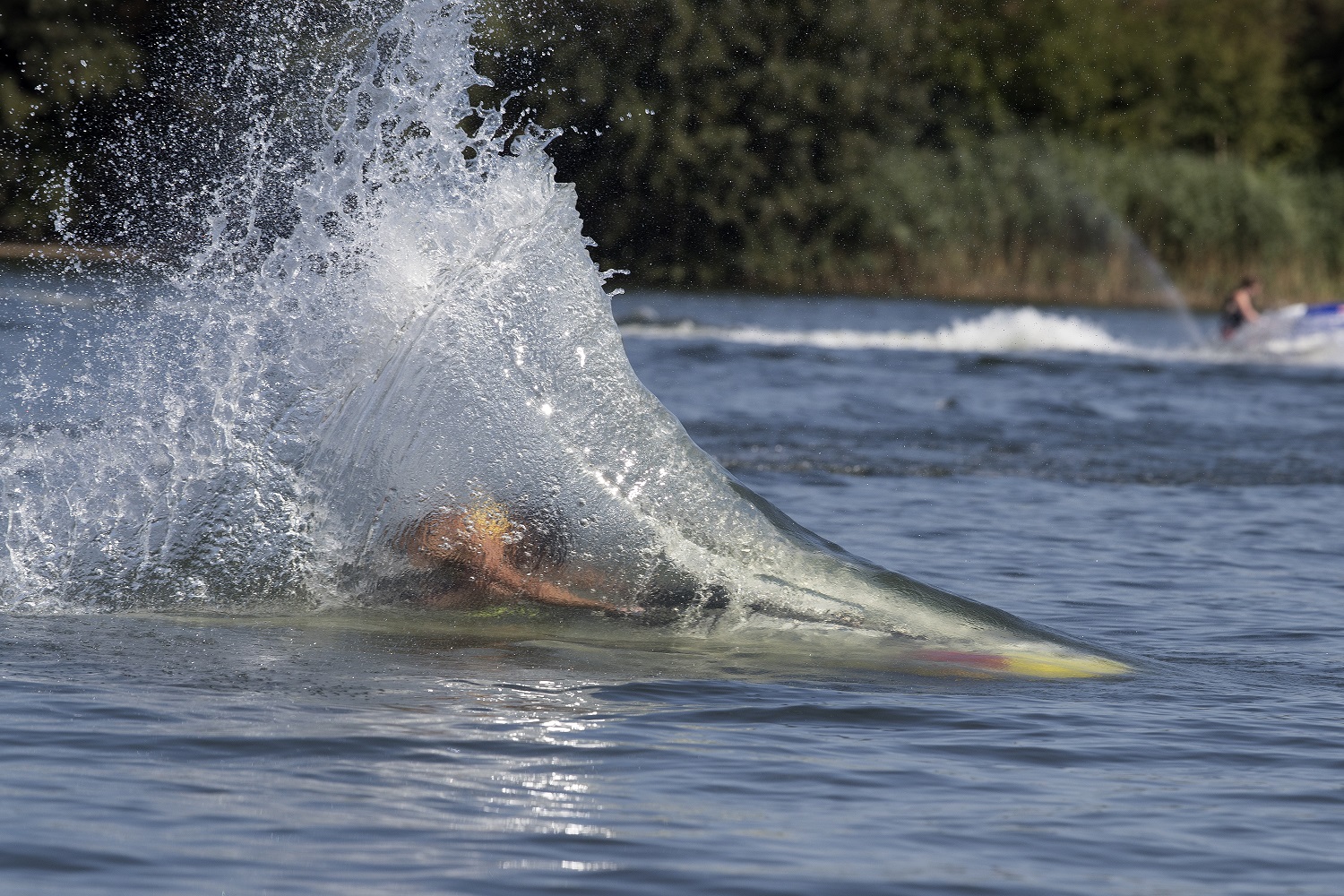 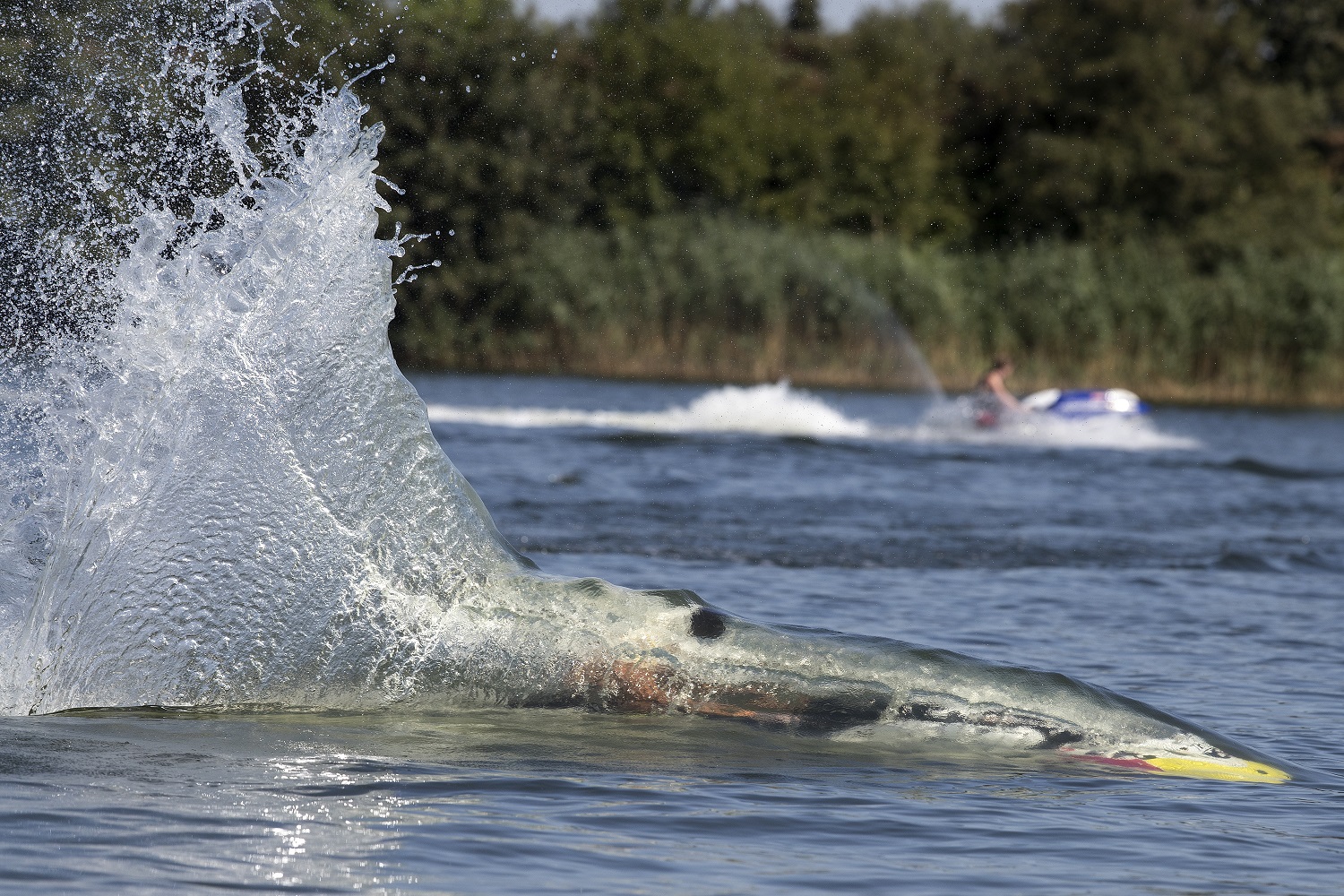 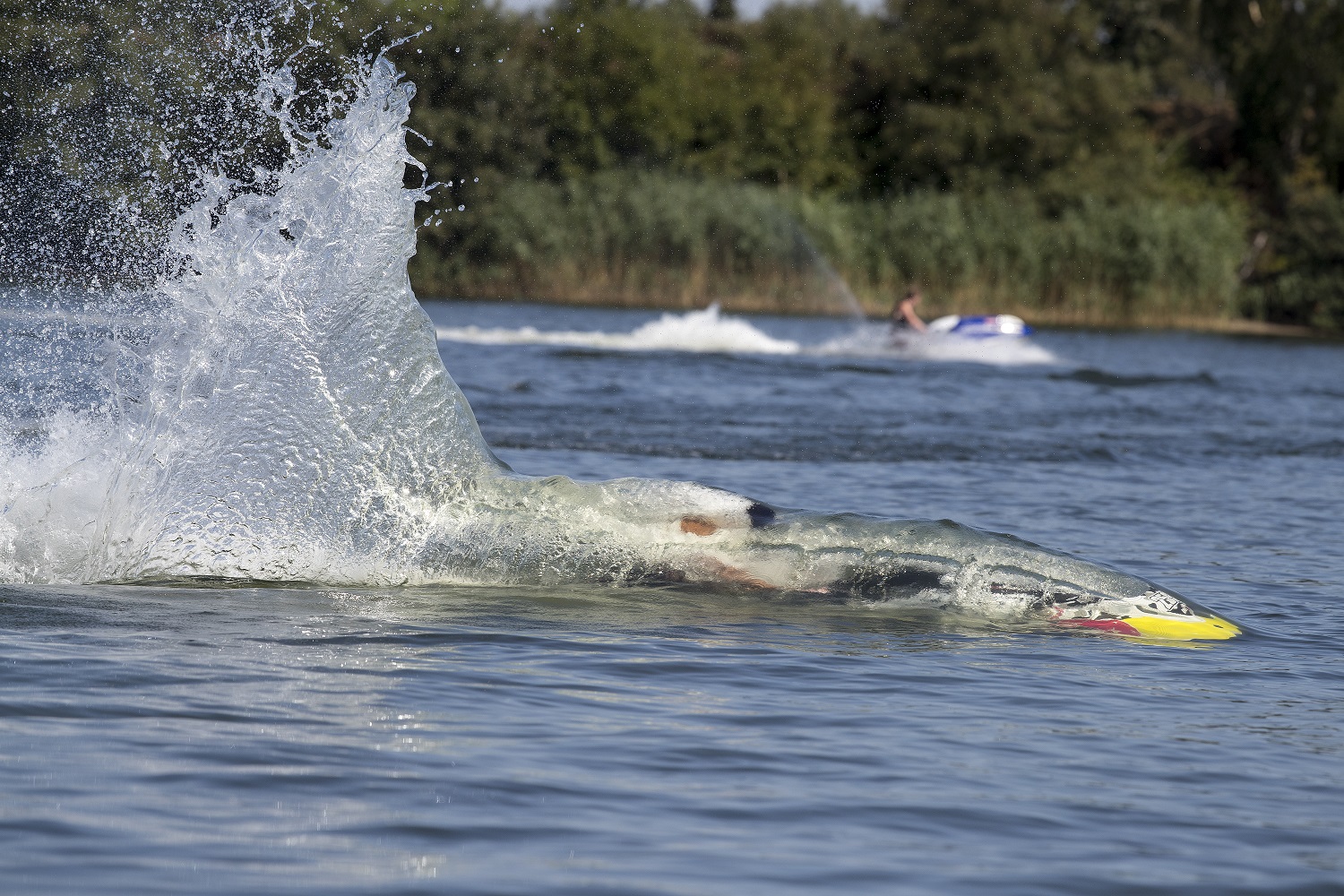 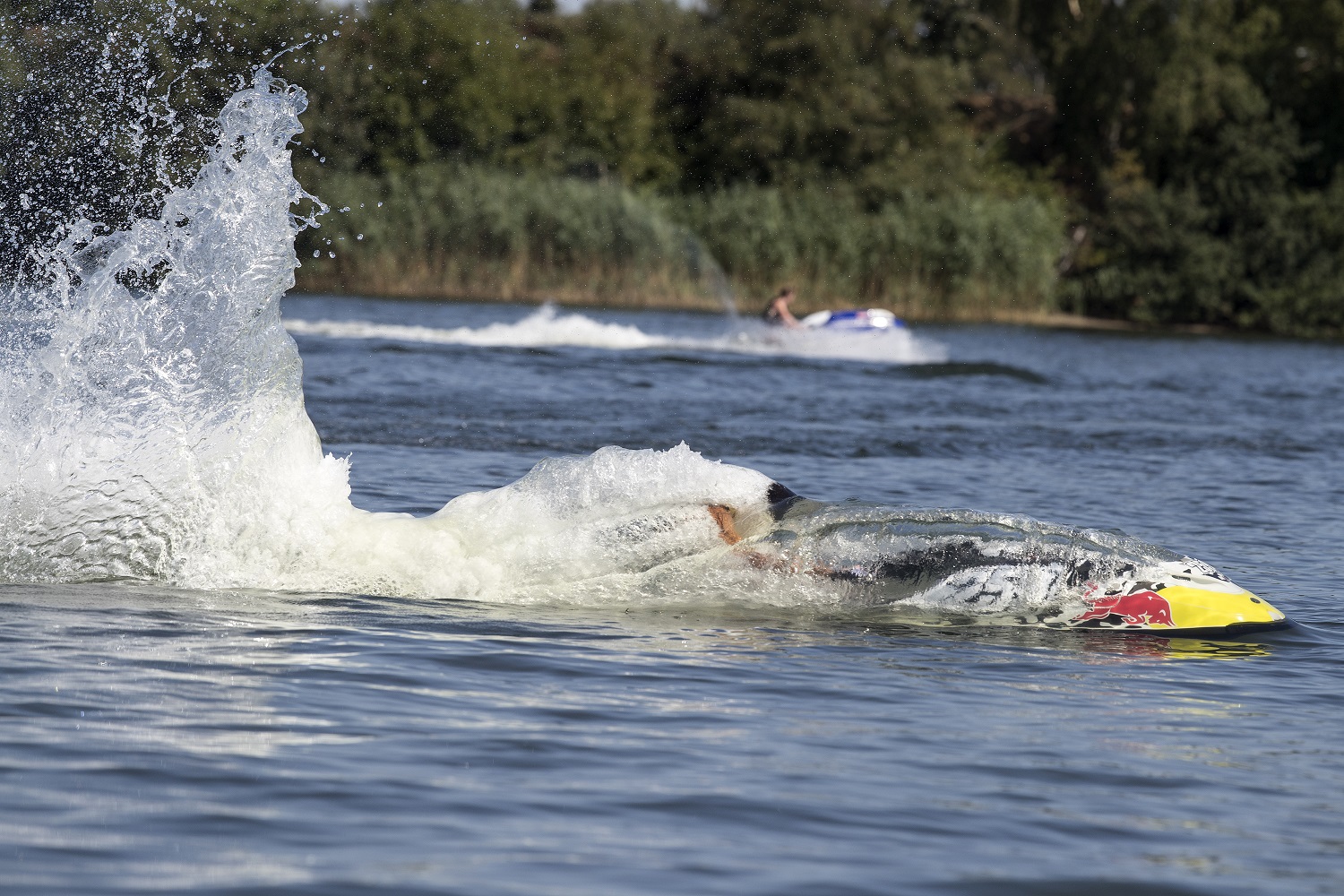 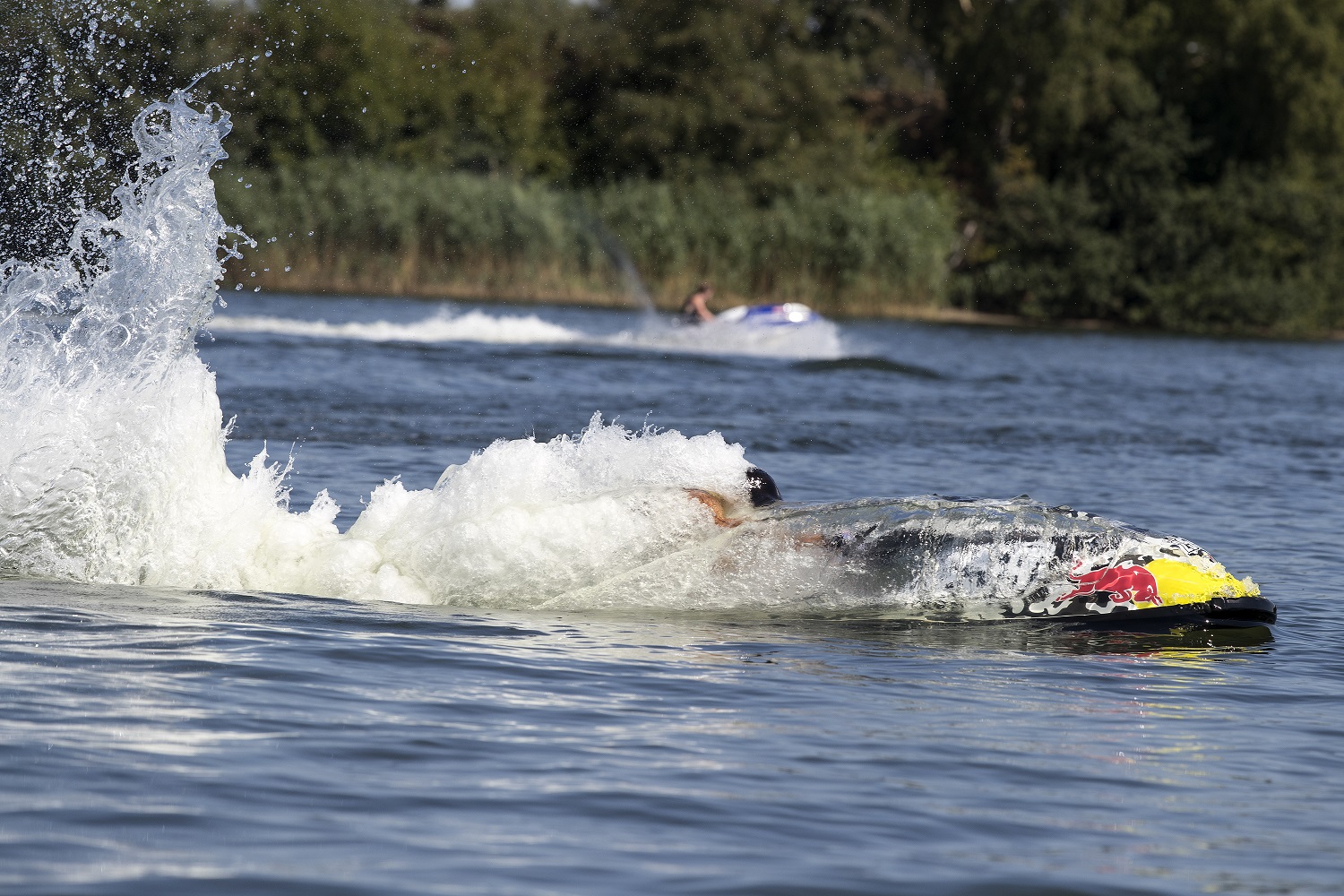 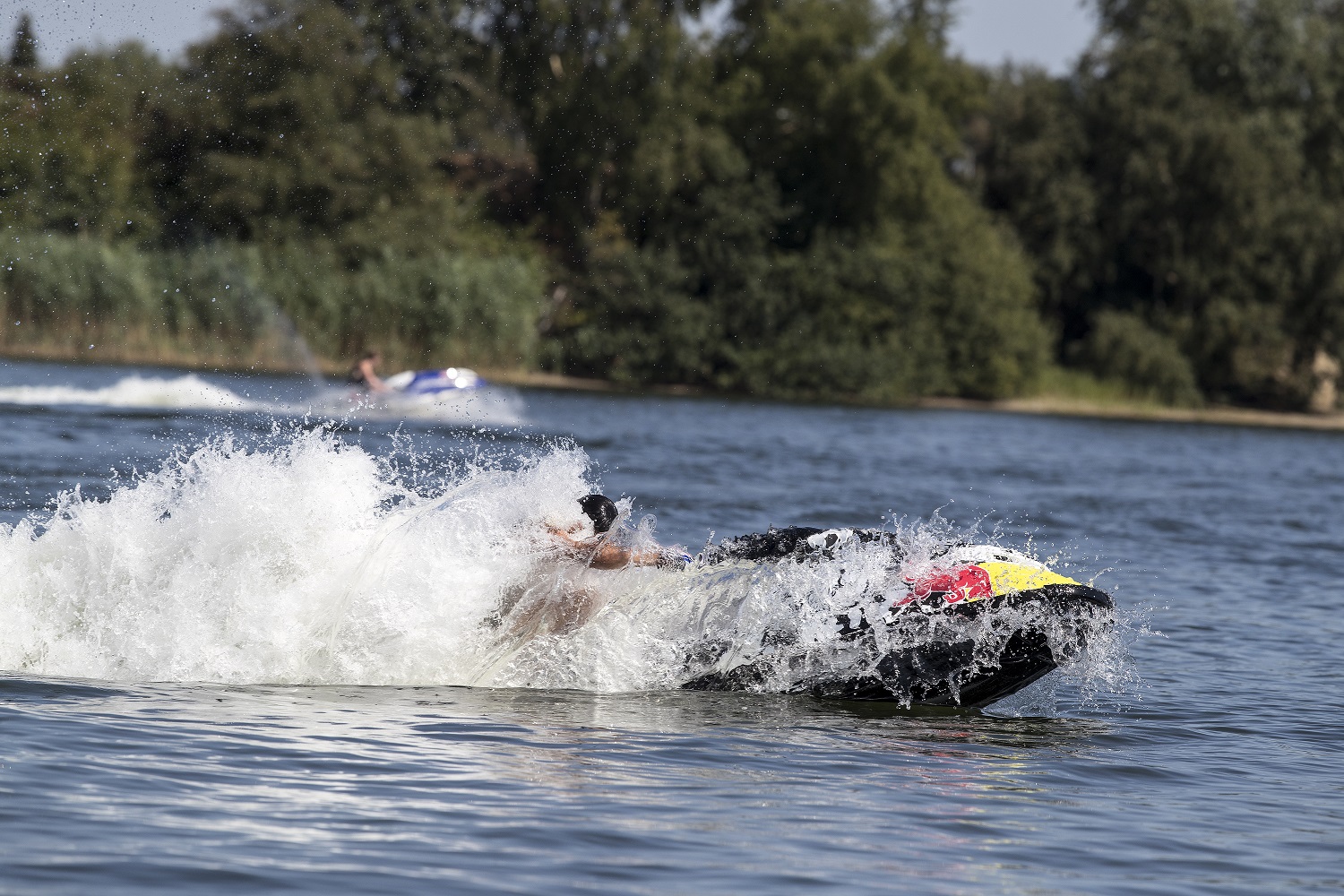 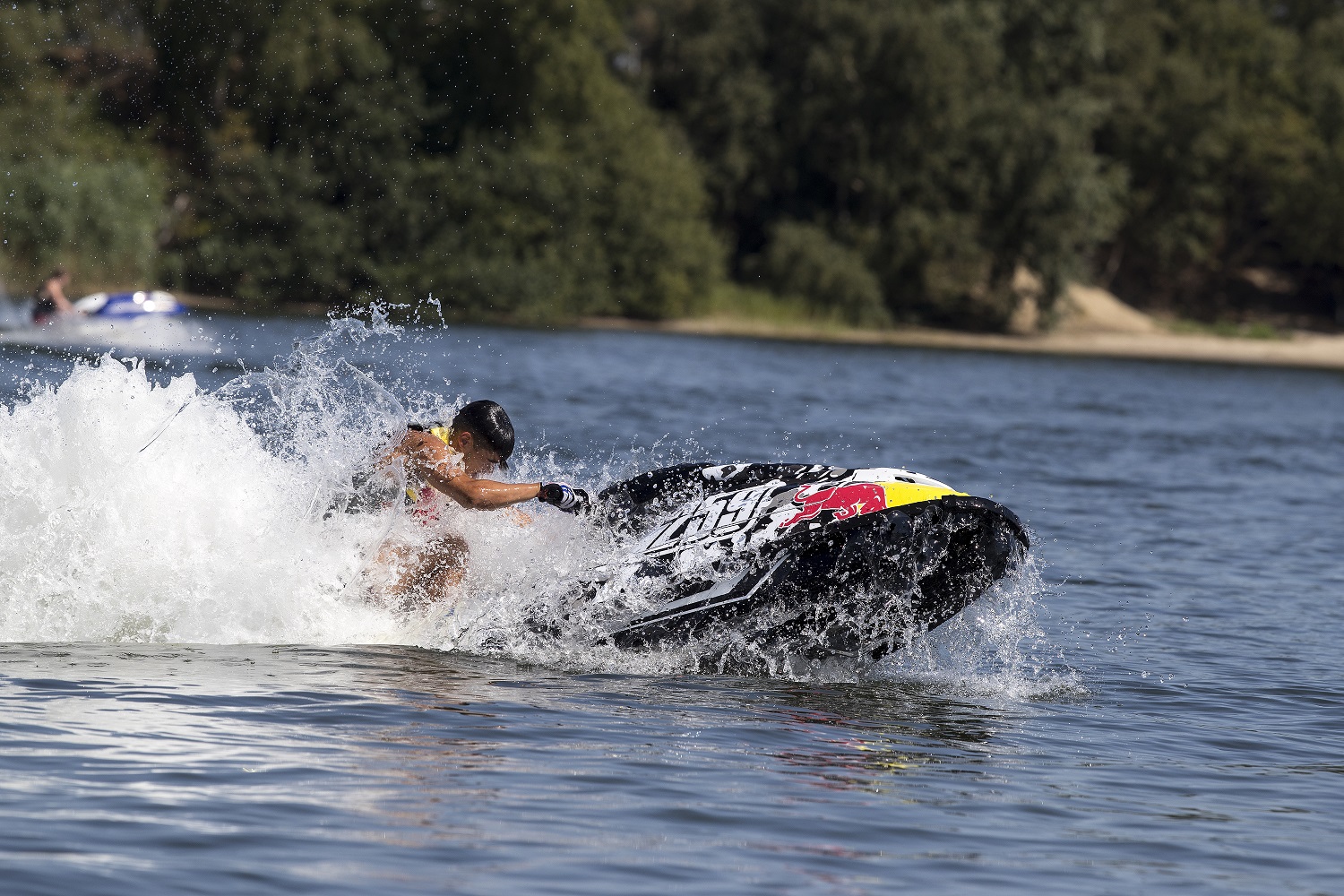 Coldenhoff has to deal with the horsepower of the factory KTM 450 SX-F and the speed of MXGP across the rough terrain and surfaces of twenty tracks in the series is almost scary when seen up close: there is little doubt it is one of the most demanding and risky motorsports. And also one of the most spectacular. How does he find the power and thrill of jet-skiing in comparison? “It’s not that strong in terms of power,” he opines. “If you go full throttle, straight and without a helmet then it feels fast. With the helmet then you don’t have the water in your face and it’s a different sensation. When I’m playing I don’t use the helmet all the time but when I want to make some fast laps then I’ll wear it with some goggles. I feel safer that way.”

In a sport riddled with injury (an MXGP racer can count himself extremely lucky if he survives the season without a visit to the doctor) Coldenhoff smiles when we mention the hardness of the water in contrast to the dirt. “Not hard at all! The worst thing is if you crash and part of you hits the ski but most of the time when you lose control then you go one way and the ski goes the other! Even if you bounce on the water the wetsuit helps in terms that it doesn’t hurt. It’s a lot of fun.” 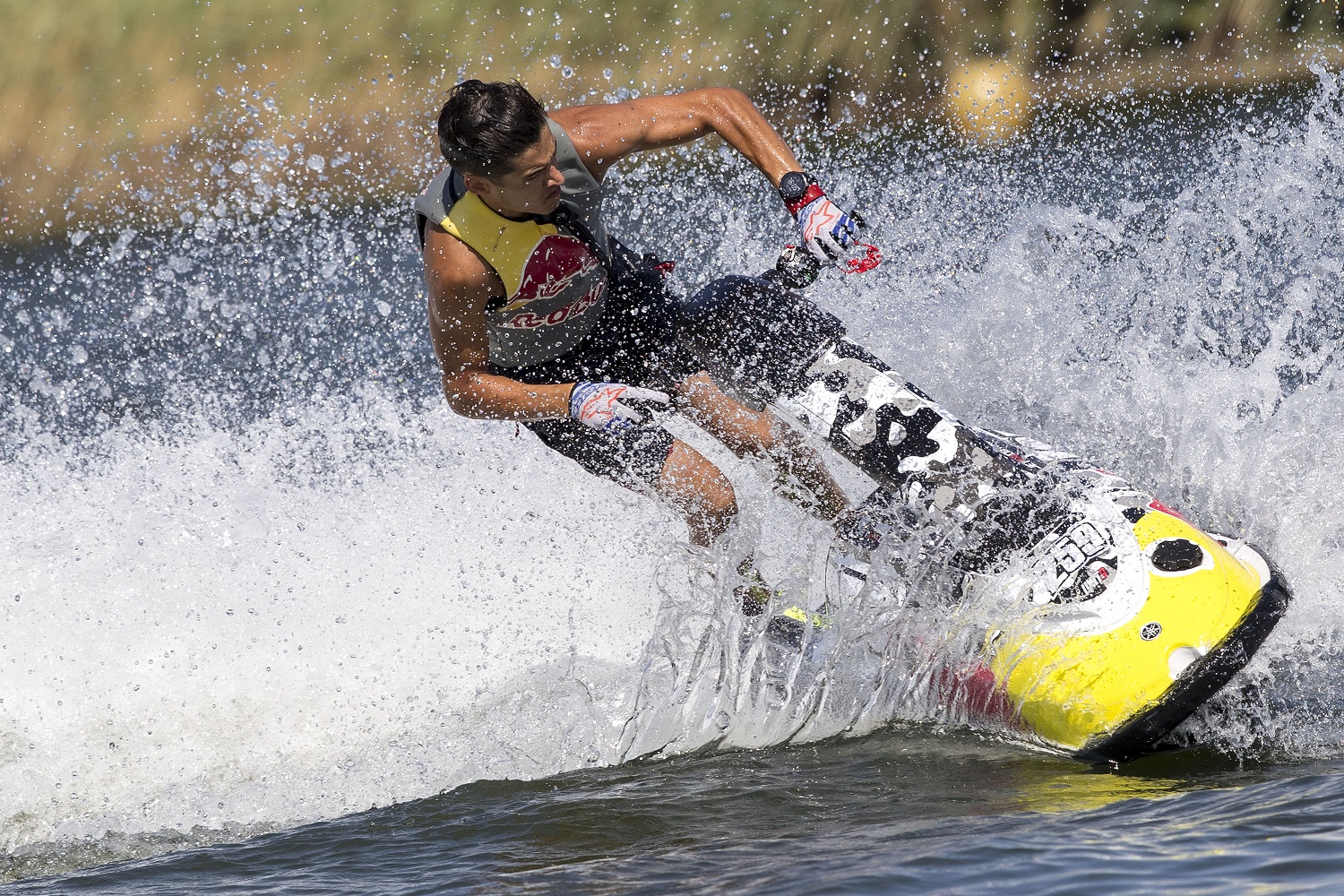 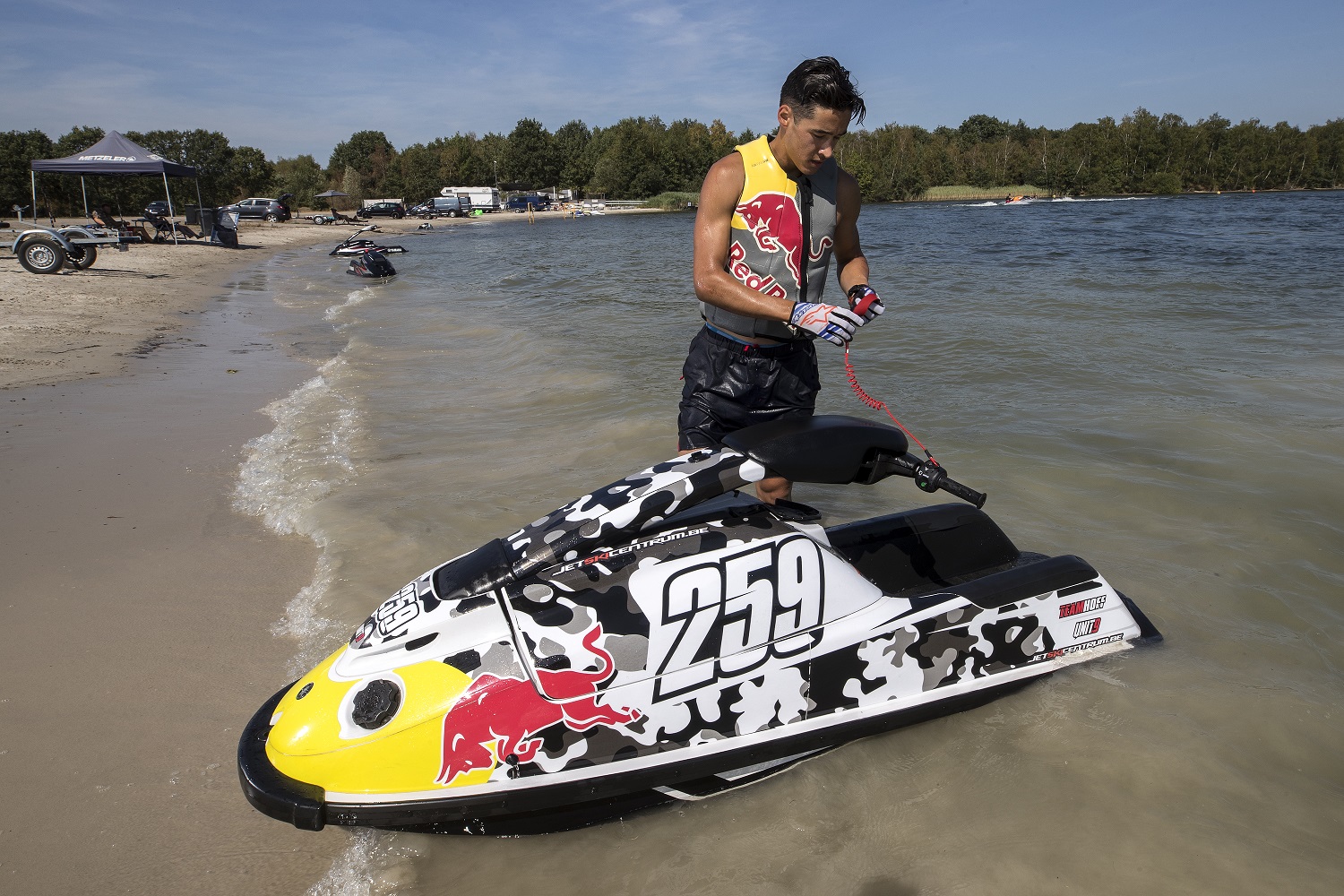 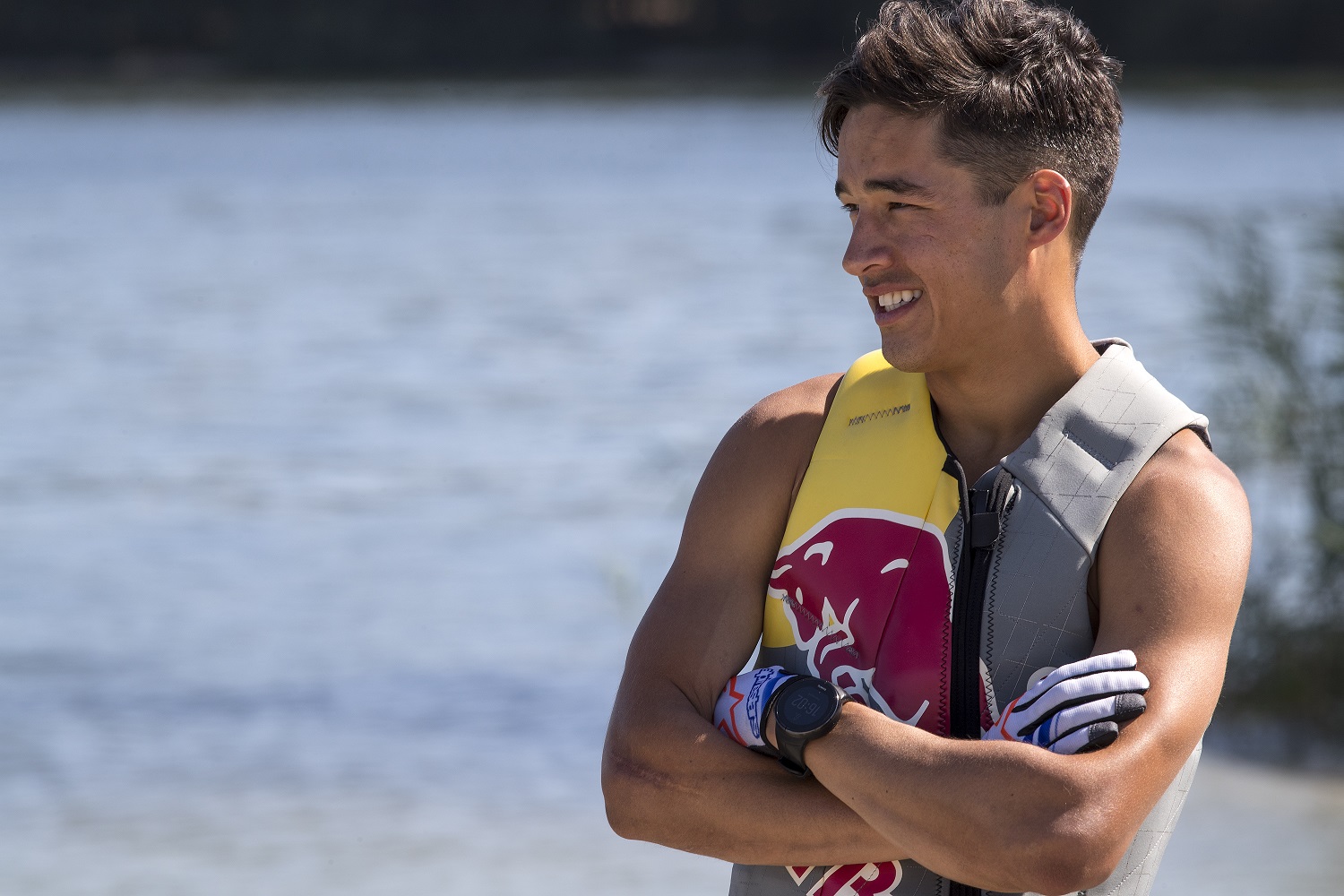 27 Responses to From wheels to waves: MXGP stars on the water!