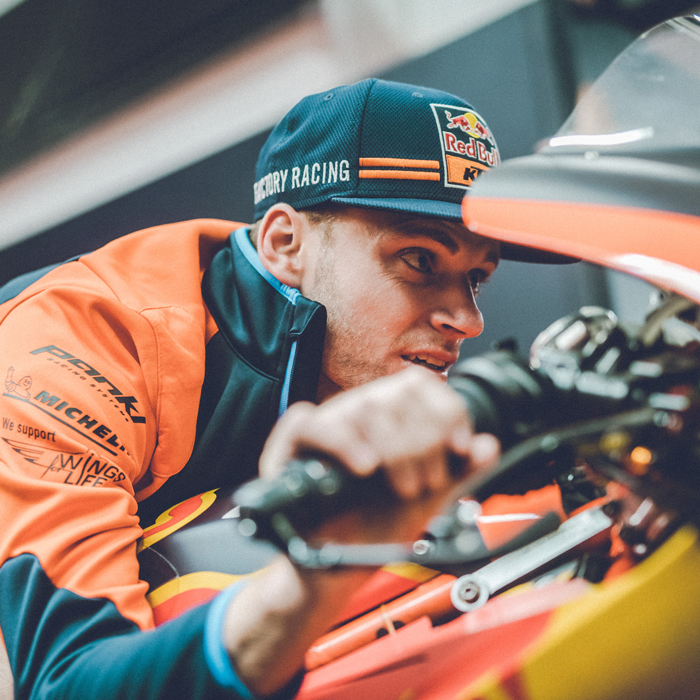 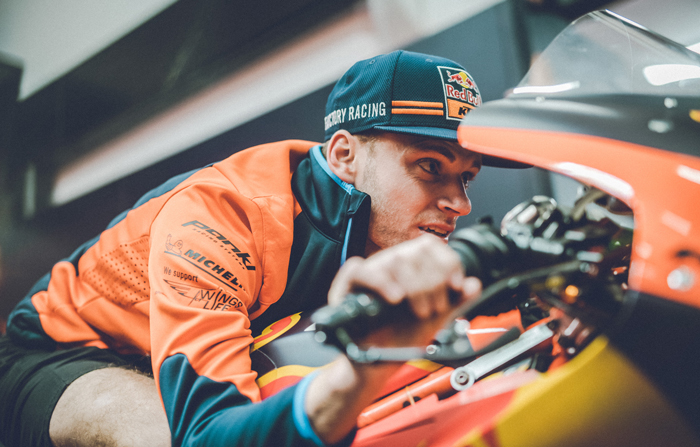 Red Bull KTM MotoGP™ teams will field two rookies in 2020: Brad Binder and Iker Lecuona with the combined age of 43 years. Binder comes into the factory squad with a Moto3™ world championship and fifteen Grand Prix victories in two categories to his name including five wins in Moto2™ last year.

The South African has earned his MotoGP™ shot thanks to his results, attitude and attacking riding style; something that paddock insiders seem to think will suit him well on the RC16 and a motorcycle that Pol Espargaró aggressively throttled to 100 world championship points in 2019. 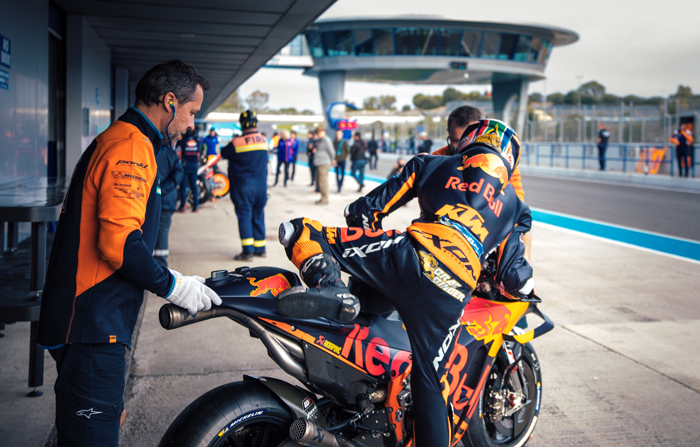 Binder first threw his leg over the KTM Grand Prix bike at the summer test in the Czech Republic. The laps he made at the Brno circuit were like a preview for what he might have in store for 2020. At the Valencia and Jerez MotoGP™ tests in November the new #33 was able to deepen his appreciation for the 350kmph missile.

Already an eight season ‘veteran’ of FIM world championship competition, Binder, who works between bases in Dubai and Spain, identified three areas in which he’s been focussing on to face the increase of speed, power and the best racers in the world. 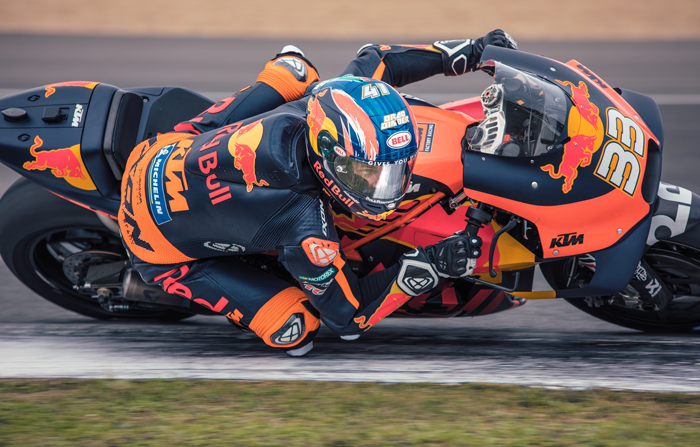 “I had my first taste of MotoGP™ at Brno last summer and I realized straight away that it is a lot harder on the forearms and also your heart rate goes a bit harder than in Moto2™. I think generally it is something that will be a lot more physical but also something you get used to.”

“I’d like to try and pick up a bit more muscle, and a bit more power for the new season can only help. Body weight is obviously an important factor in Moto3™ and Moto2™ but I can honestly say that I struggle to gain weight. I think it has a lot to do with the amount of cardio I do but also how much I eat. Normally my heaviest point comes when I start riding in February: I want to start the season like that because when races go on I start to lose it.” 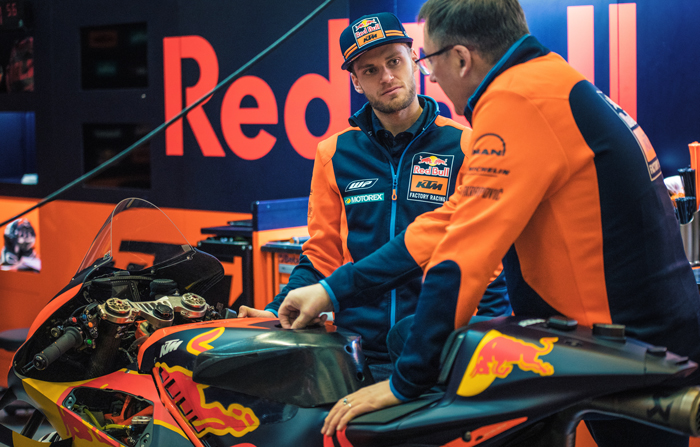 “I don’t worry about training that much because it is something I take very seriously, and I do it very hard. I love cycling. I don’t do some of the insane mileage like the other riders, but I enjoy getting out on the bicycle and will mix it up between road and the enduro bicycle. You can do downhill loops and still peddle back to the top. I’m doing just as much if not more than anyone else and I know physically I’m very lucky because I’ve always felt just as strong at the end of the races, more than my competitors from what I see on the track. For sure this year will be a different story! There you are with the elite guys I suppose.”

I’ve worked with a few different trainers and lately I’ve been using the same guy that trained other MotoGP riders and have learned a good few pointers. I want to learn as much as I can from everybody and make a program that suits me. I’m sure there is room to improve. I’ve spoken to Pit [Beirer, KTM Motorsport Director] about working with Aldon Baker [famed South African Supercross/motocross trainer] and I think we’ll get around to it at some point. I did go to the Red Bull diagnostic training center recently with the other guys [riders] and that was an eye-opener. It is impressive how they can tailor special plans to the smallest detail.” 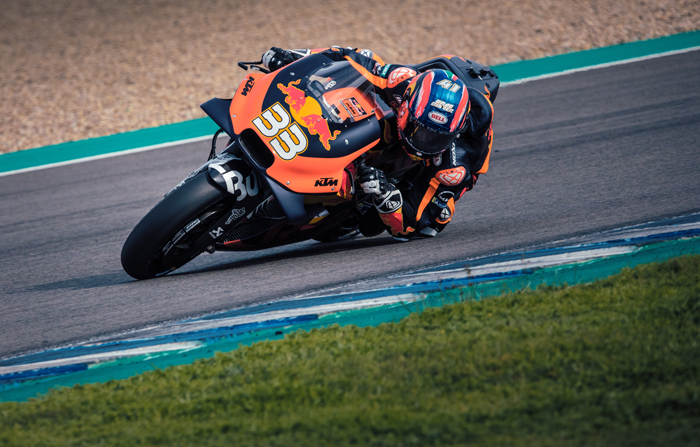 A CHANGE OF TECHNIQUE

“I just need to ride the thing a bit more!”

“Brno was very much a ‘get your feet wet’ situation. I have a lot to learn but I don’t want to think about it too much. I always believe that if you over-think things or have expectations that end up not existing then it’s only negative. Better to try and then work out what you need to do and to change.” 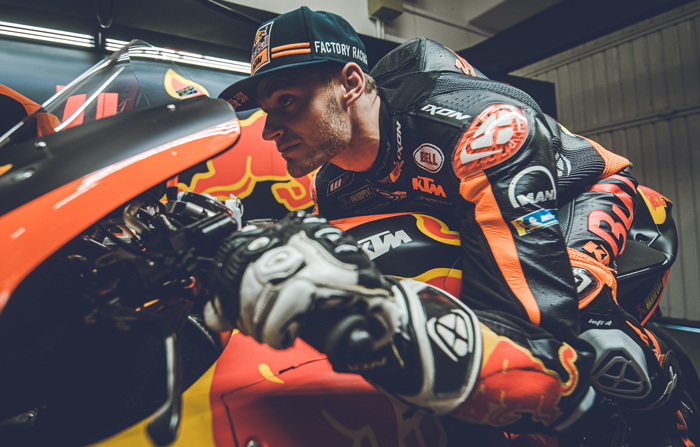 “MotoGP™ will mean keeping an open mind. Taking it one day at a time. You can almost try and ‘jump-start’ situations but then you can also go a bit mad. In 2019 I made big improvements and my riding was much better. Moto2™ was hard at the beginning and that was mainly because of my arm; it was buggered for six months basically. Once it started to feel normal again then I started to find my way.”

“I’m sure electronics will be a big factor and getting my head around all that stuff. Learning to find set-up and how to save the tire; that’s not something you have to worry about too much in Moto2™. It is all-guns-blazing from lap one until the end. We had more electronic options in Moto2™ last year but, to be honest, I don’t know too much about them: I turned them off!” 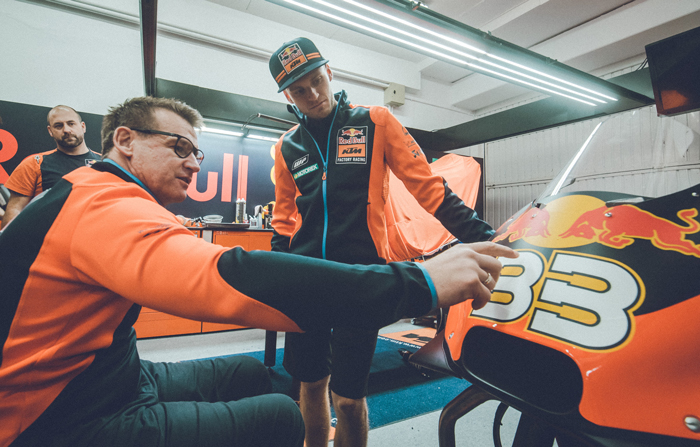 MINDFUL OF THE MINDSET

“First of all, I don’t want to repeat what I did in the past: trying to make everything happen at once. That’s how I ended up hurting myself, by pushing for too much too soon. We are working through everything in testing and I need to take advantage of it.”

“I know I’ll be starting nearer the back of the grid, especially compared to what I achieved in Moto2™, but that’s definitely not where I am going to end up. I believe that if you work at something hard enough then there is every chance you will improve and that is how I have been throughout my career. I’ve never started by being the fastest guy in the beginning…but I got there in the end.”

“I wouldn’t say I’m a patient guy – by any means – but I do believe that you have to aim at progression. If you are just looking at results then it can send you mad, but if you just try and tick off little things every single day then you’ll end up getting there. In a way it is quite simple: ride the bike and tell them what I think and I guess the team does the rest. For sure it will be a hundred times more technical…but I just want to try and keep it simple to do my job.” 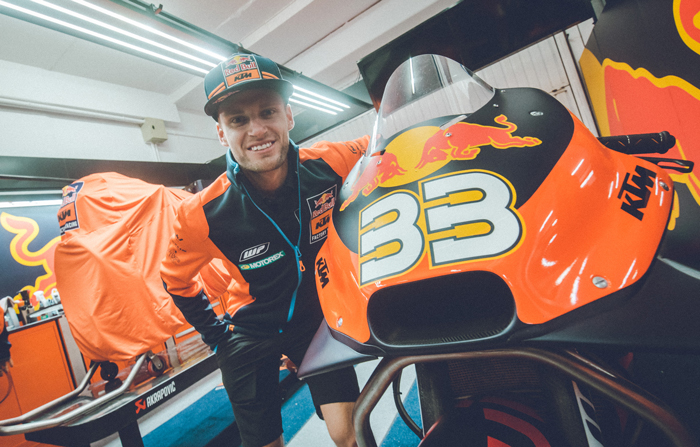 “I’m excited about being on track with those riders we all know about. I think it will be awesome. I remember shouting at the TV for Rossi when I was a little kid, way before I knew what MotoGP™ was just because my Dad cheering him on…so to line-up against legends of the sport will be an incredible feeling.”

“I’m quite an easy-going guy so I don’t think the extra duties of being a factory rider will bother me too much. I know there will be extra attention and back home is pretty insane. When I travel back to South Africa I always have a solid week of media work every day but it has to be done suppose!”

14 Responses to HOW DO YOU GET READY FOR A MOTOGP™ BIKE?