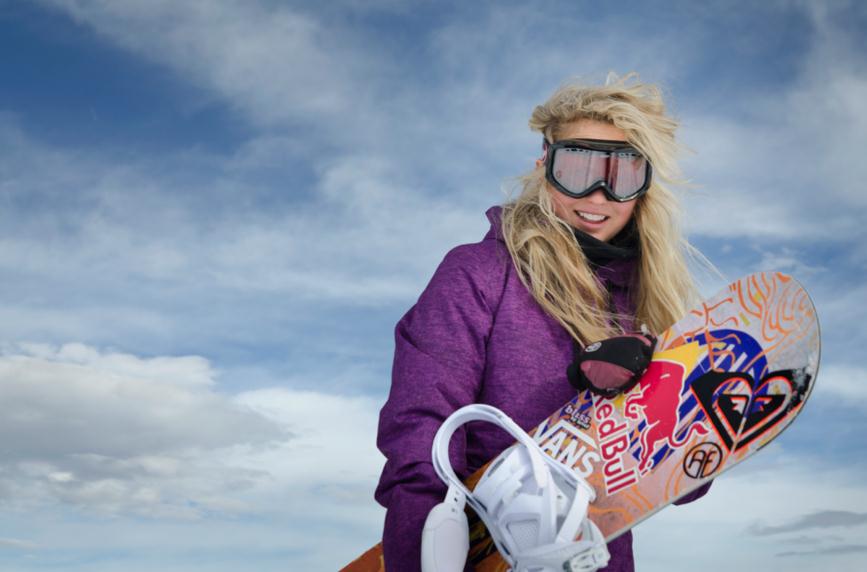 Before the Sochi Winter Olympics kicked off last month, Team GB’s Aimee Fuller took the first steps in getting her motorcycle licence by completing the Compulsory Basic Training (CBT) on a KTM 125 DUKE in England.

Aimee rides Slopestyle Snowboard; already a firmly established discipline at events like the X Games but only made its debut at this year’s Winter Olympics.

Slopestyle takes place on terrain parks filled with jump and obstacles, requiring athletes to pull off as many different tricks as possible. The gravity-defying sport proved to be a popular spectacle for those tuning into the Russian-based games this year.

Aimee’s signature move is a double backflip that is simply insane. She didn’t quite land it at the Olympics in the Semi-Finals, but she certainly made her mark on the sport and with the public. 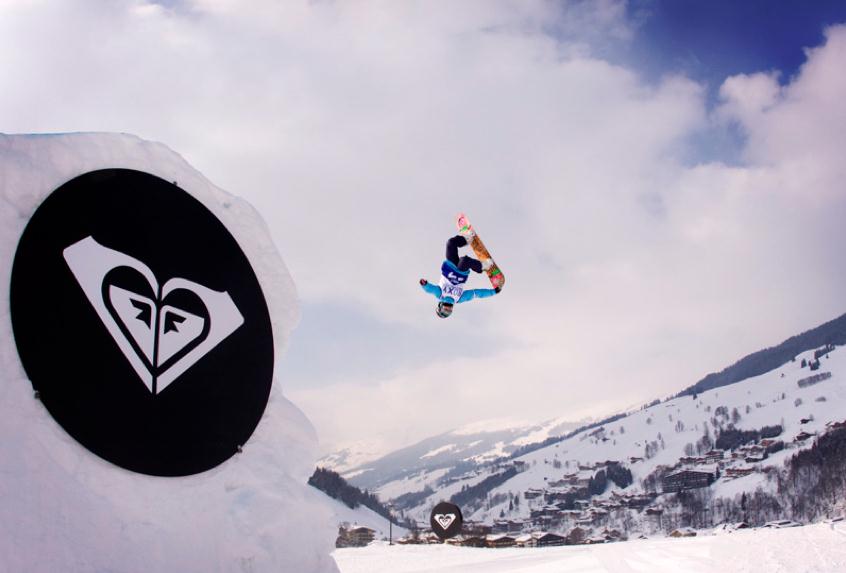 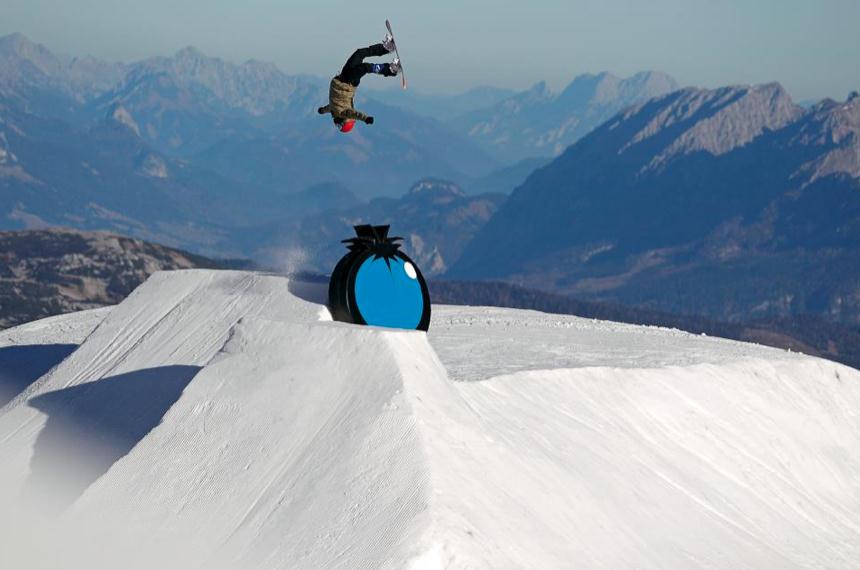 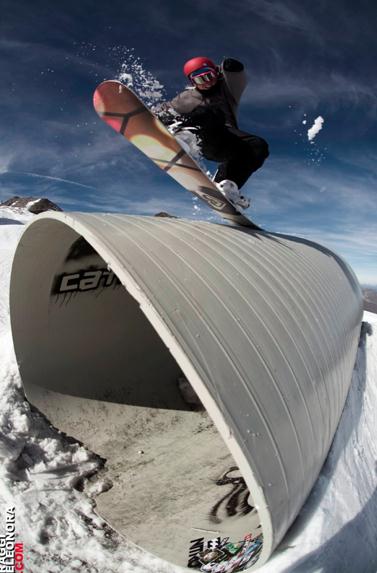 Anyway, before all that snow business began Aimee was dialled into motocross from the age of six and raced a KTM 50 SX! With bikes (and adrenalin) firmly in her blood, a now grown-up Fuller, 22, decided she needed to get back on two wheels. 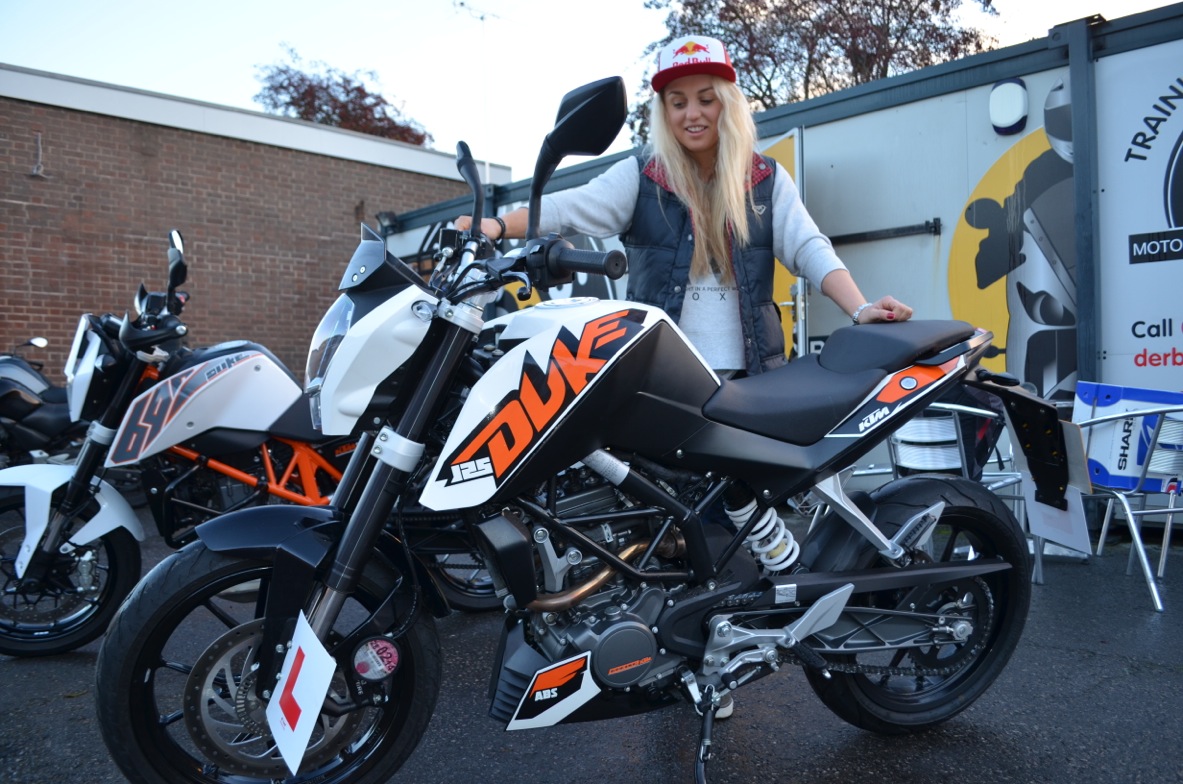 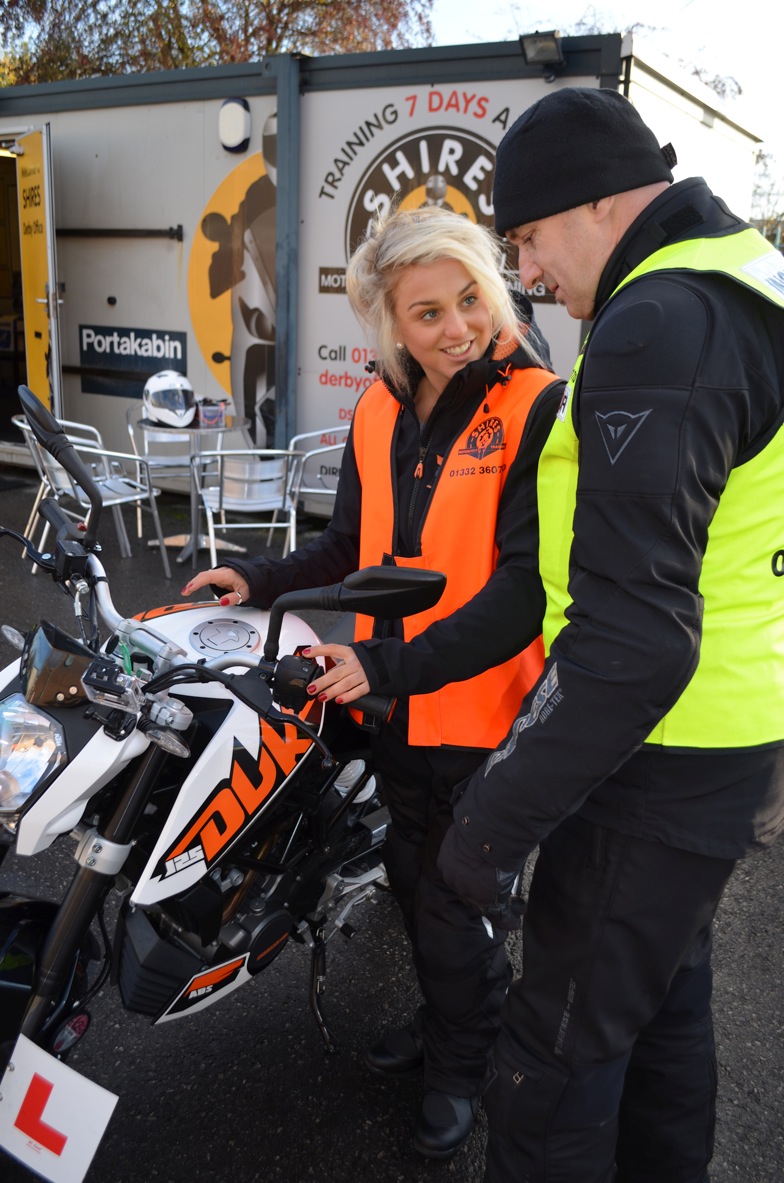 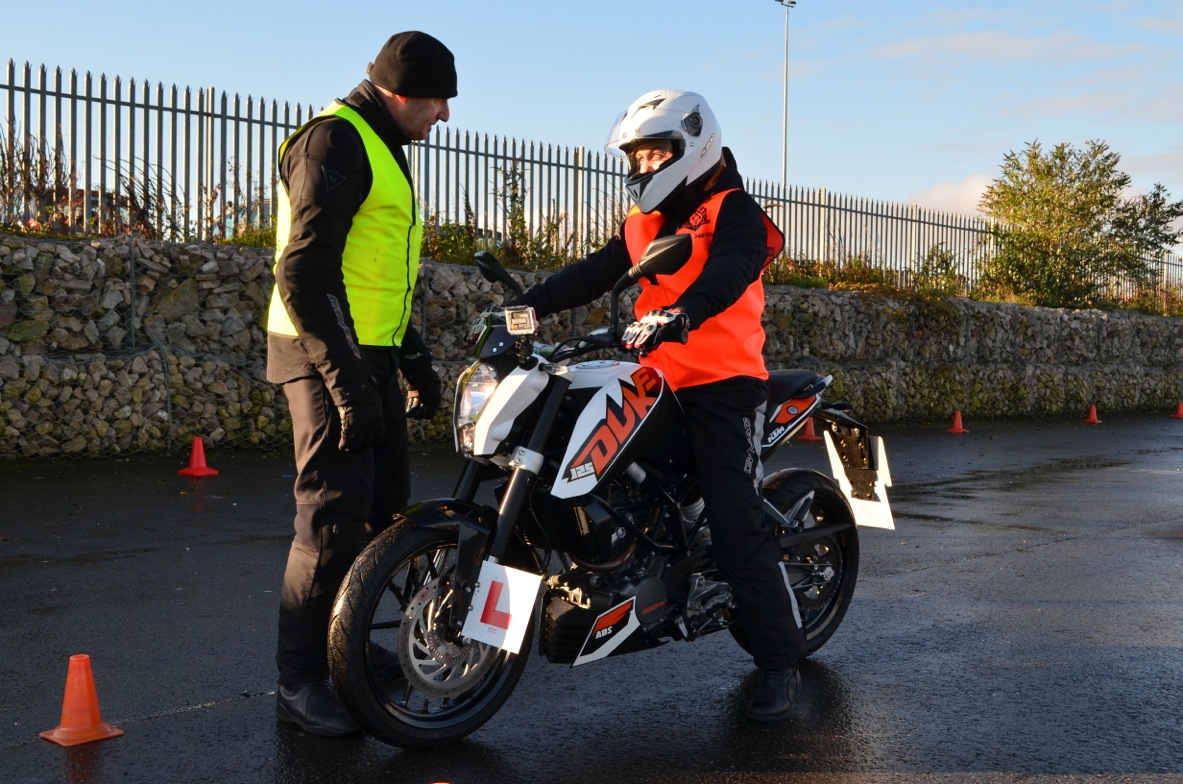 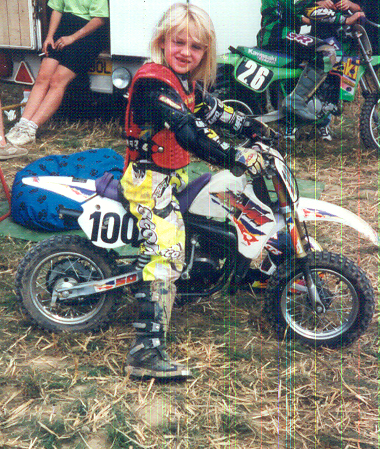 Fuller said: “I’ve always wanted to get a road bike, but I’ve been so busy travelling and competing all over the world to find the time to do it. Fortunately, I was able to do my CBT with Shires in England on a 125 Duke. I’ve sold my car now and with the games finished in Sochi I’m going to complete my full test and get a KTM 390 DUKE. Bikes will be a buzz for me when I’m away from the slopes and I’m planning a big tour through Norway in the summer taking in snowboarding, surfing and bikes – as long as I pass my test!”