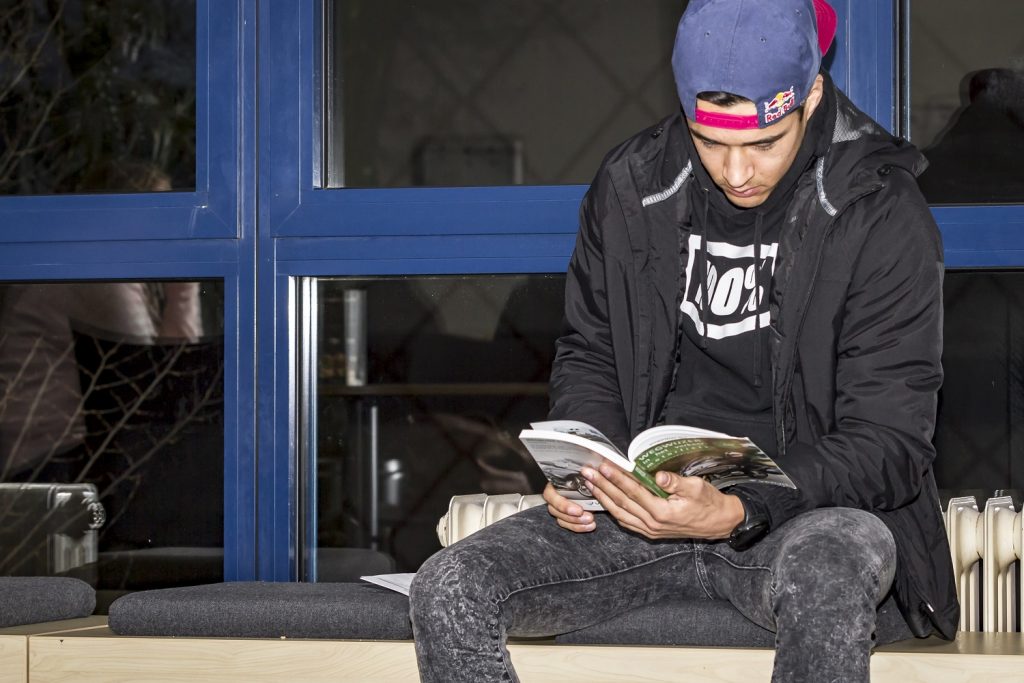 Glenn Coldenhoff: First goal for 2018 – Getting his bike license

He’s on the bike almost every single day, though he hasn’t got a road bike license. Mind you, for the races on motocross tracks MXGP rider Glenn Coldenhoff doesn’t need one either. Still, he’s keen to get himself that license nonetheless. During the preparations for the 2018 season he’s set himself the goal of passing his bike test.

As one of the top riders in the KTM Factory Racing Team, Glenn Coldenhoff frequently visits the most daring motocross tracks in the world, fighting to claim as many world championship points as he can along the way. All of those rides without a license, simply because he doesn’t need that piece of plastic to do so. The 27-year-old Dutchman wanted to get himself that license regardlessly. “I do quite a bit of enduro every once in a while and for that you do require a license. That’s why I started taking bike lessons,” the MXGP-rider explains.

Coldenhoff went and found himself a riding school nearby that specializes in motorcycle lessons. “And they had to be flexible enough for me to take the classes in between season preparations. Planning the lessons and tests took a bit of an effort,” he concludes. 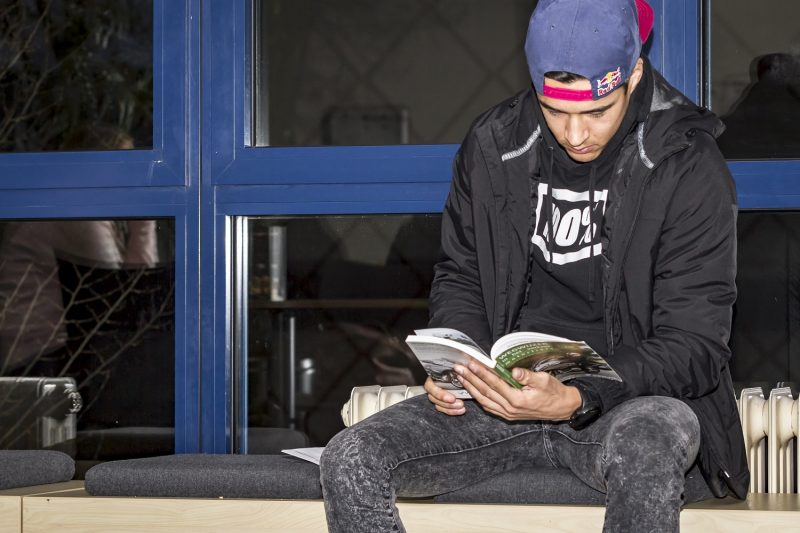 The Dutch motocross rider, riding for the Red Bull KTM Factory Racing Team, starts the conquest for the license with a bike control test (known in the Netherlands as the AVB test). Since he already has his driver’s license, he was greenlit to start with the practical part of his riding lessons right away. If you don’t have a car license, you have to pass the theoretical exam first before you’re allowed on the bike. “It was the absolute first time getting on a street bike; all I’m used to is MX and enduro bikes. That definitely took a bit of getting used to, since it does really feel a bit odd at first. I did get a hang of it quite quickly, which meant I made pretty rapid progress after that.”

Riding instructor and owner of Rijschool Roy, Roy Amendt, concurs; Glenn really is something else. “Practice was hardly required to get him ready for his first bike control test.” Just two hours into his lessons, he was ready to check the first box on the road to getting his license. A box checked with ease, which meant his theoretical exam was up next. “It had been awhile since I had to study for anything. Being abroad pretty much all winter, meant it wasn’t easy putting the hours into studying. The week before I took my theory test I was in Italy and strapped for time. That alone made me nervous for the actual test, much more than my bike control test.” 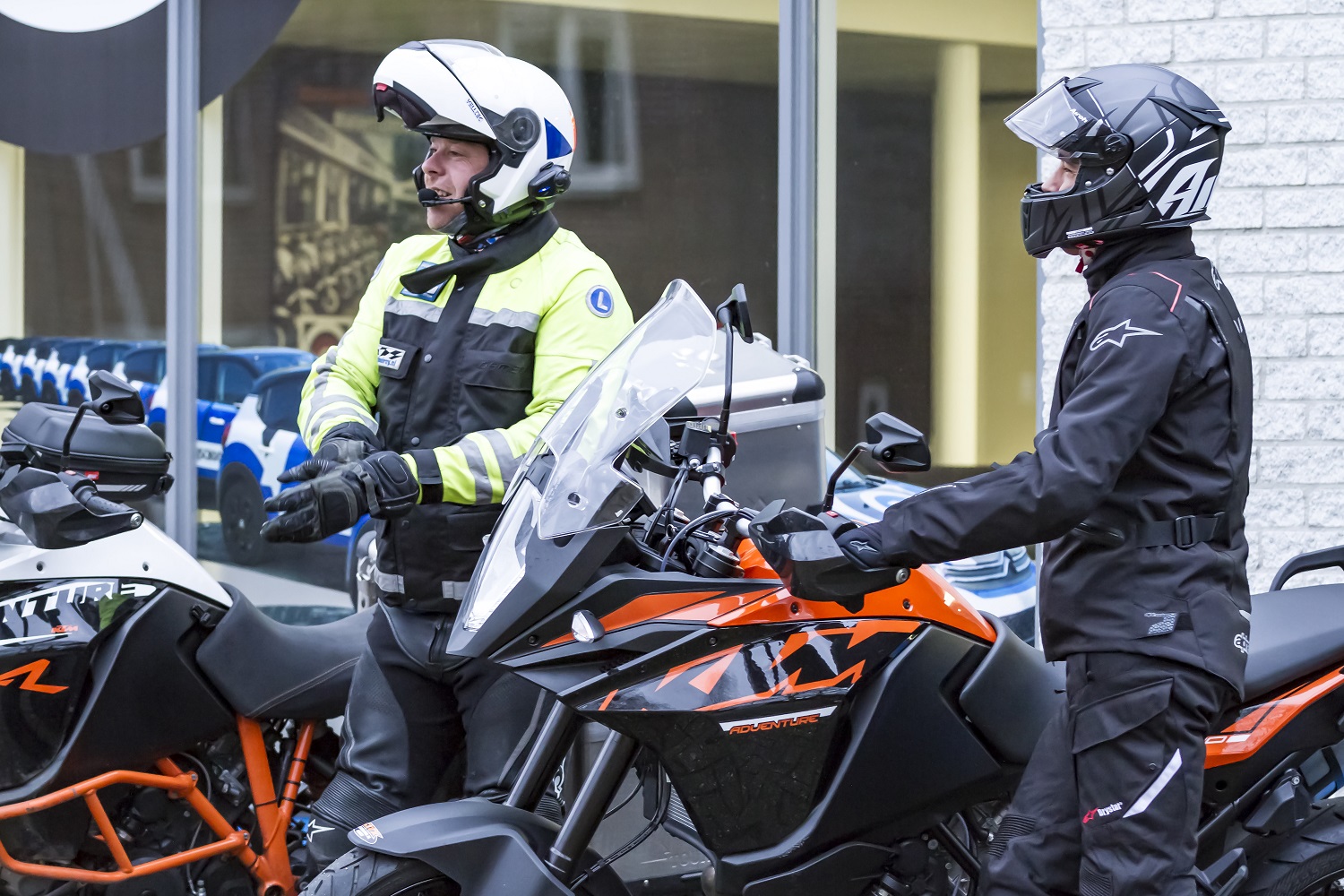 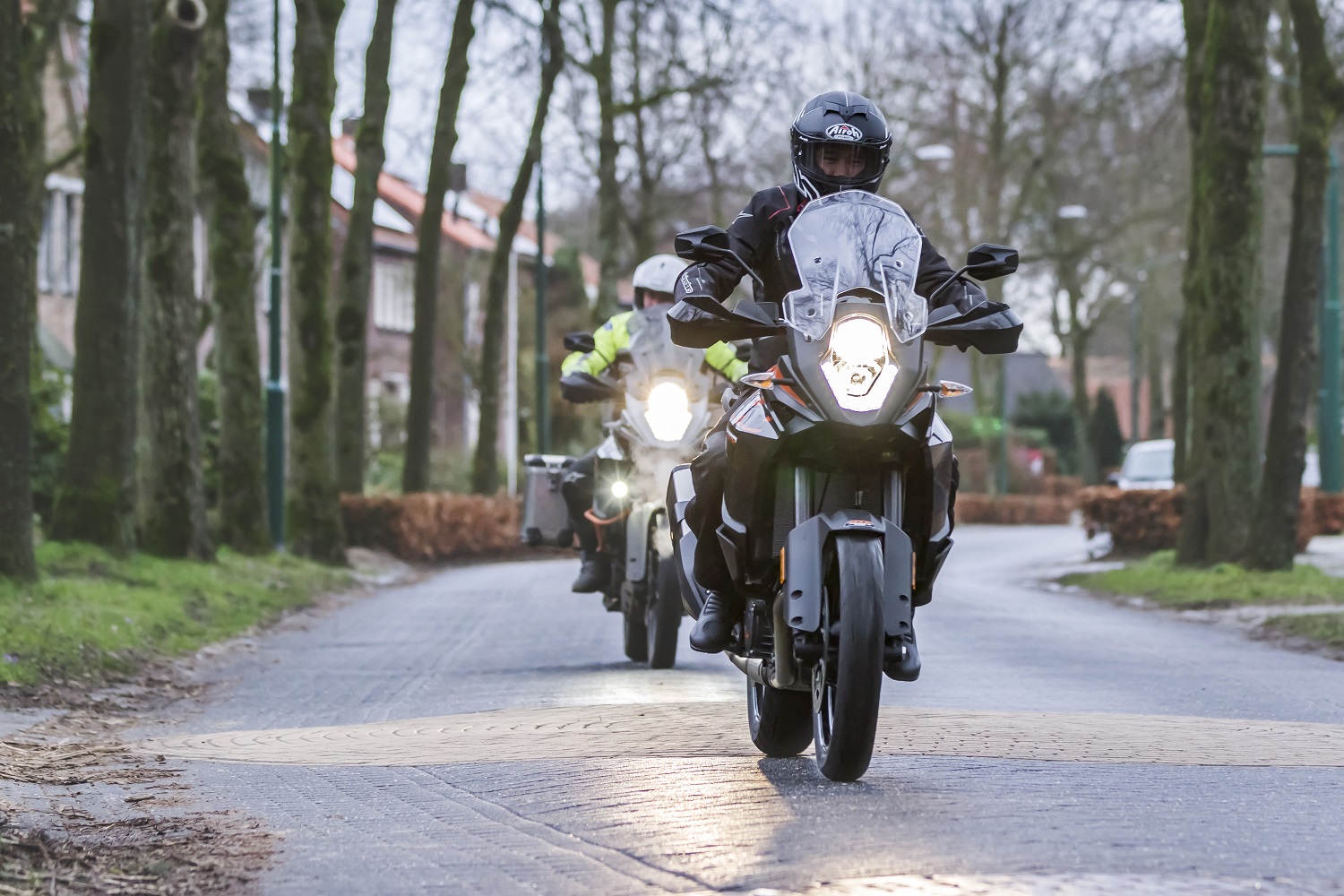 One early Tuesday in December, Coldenhoff checks in for his test at the CBR (Central Bureau Rijvaardigheidsbewijzen; the governmental department in charge of every single type of vehicle license in the Netherlands) in the city of Eindhoven. The testing method has changed a bit over the last few years. Since 2015 every single candidate has their own little cubicle, but they’re still in a big room together, whereas in the past there’d be big screens and everyone was side by side. Irene Heldens, spokesperson at the CBR: “In the past candidates would be sitting in this big classroom getting the same questions. That had a few big drawbacks, for instance because you could only take a bike test in that room, unlike the new system where someone getting their bike test could be sitting next to someone getting a tractor driving license.” Riding instructor Roy Amendt also quite likes the new system. “We’re one of the few riding schools in the area that actually instructs year round. Before, students had to wait a long time before they could take their theoretical test, as they’d plan a lot less bike exams during the winter. The demand was simply too low, because a lot of instructors wouldn’t teach during that time of year. Now anyone willing to take their theoretical bike test can be squeezed in between people getting their theoretical test for instance a car license. Works like a charm.” 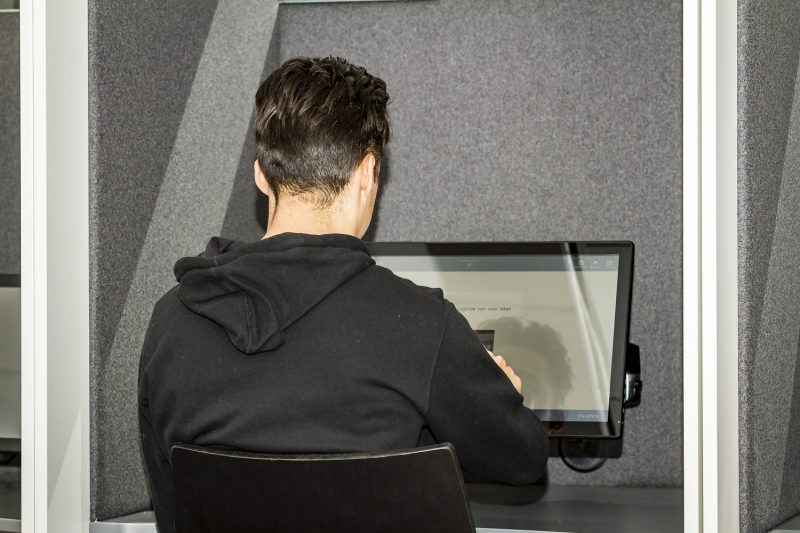 Not the same
Half an hour later Glenn Coldenhoff comes back out of the classroom with a faint smile. “Cutting it close,” he says. “I answered six of them wrong; the exact number you’re allowed to fail on. But it’s in the bag at first attempt fortunately.” For a moment it looked like the motocross racer from North-Brabant (the southern Dutch province that produces most of the current top riders from the Netherlands) had to open yet another book over the winter. “I was looking to get my boating license as well, but I decided not to for now. It’s even more difficult and I just wouldn’t know where I’d find the time.”

With the second box checked Coldenhoff is all but ready to take to the streets; only his AVD (the actual road test) remains. He has an appointment set at the end of January to conclude the Dutch trinity of getting your bike license. You’d expect a professional like him to focus most of his time practicing on the street bike, but then you’d be wrong. The Dutchman has been training abroad for most of the month, getting ready to come out swinging this season. “We’re getting on at the moment. I’m free of injuries now, so that’s a really good start!” Since his season preparations are of a higher priority than getting his road license, he hardly has time left to practice for it. Luckily, he’s got a bit bike skill at hand, but getting out in traffic is a whole different story. Even though he’s been making his way through Europe in a car for a while already, the KTM rider found it hard doing so on a bike. A single day before his test instructor Hendrik Britting gave the Dutchman some valuable tips. The first hour of riding didn’t go to his liking. “I know how to ride a bike and I’ve been driving cars for quite some time, too. So I didn’t think much of it, but even with those experiences in mind, I struggled a bit,” Coldenhoff says. “It’s knowing where to look, and braking with four fingers even. Normally I’d have plenty of stopping power using just two fingers, but they’re pretty strict on using all four. Oh, and using the mirrors; that completely different from what I’m used to in a car.” Thanks to Britting’s professional counseling ‘The Hoff’ starts feeling more and more at ease on the public roads on the KTM 1090 ADVENTURE. “This is a good bike, by the way. I have no frame of reference whatsoever, but I really do like it.” 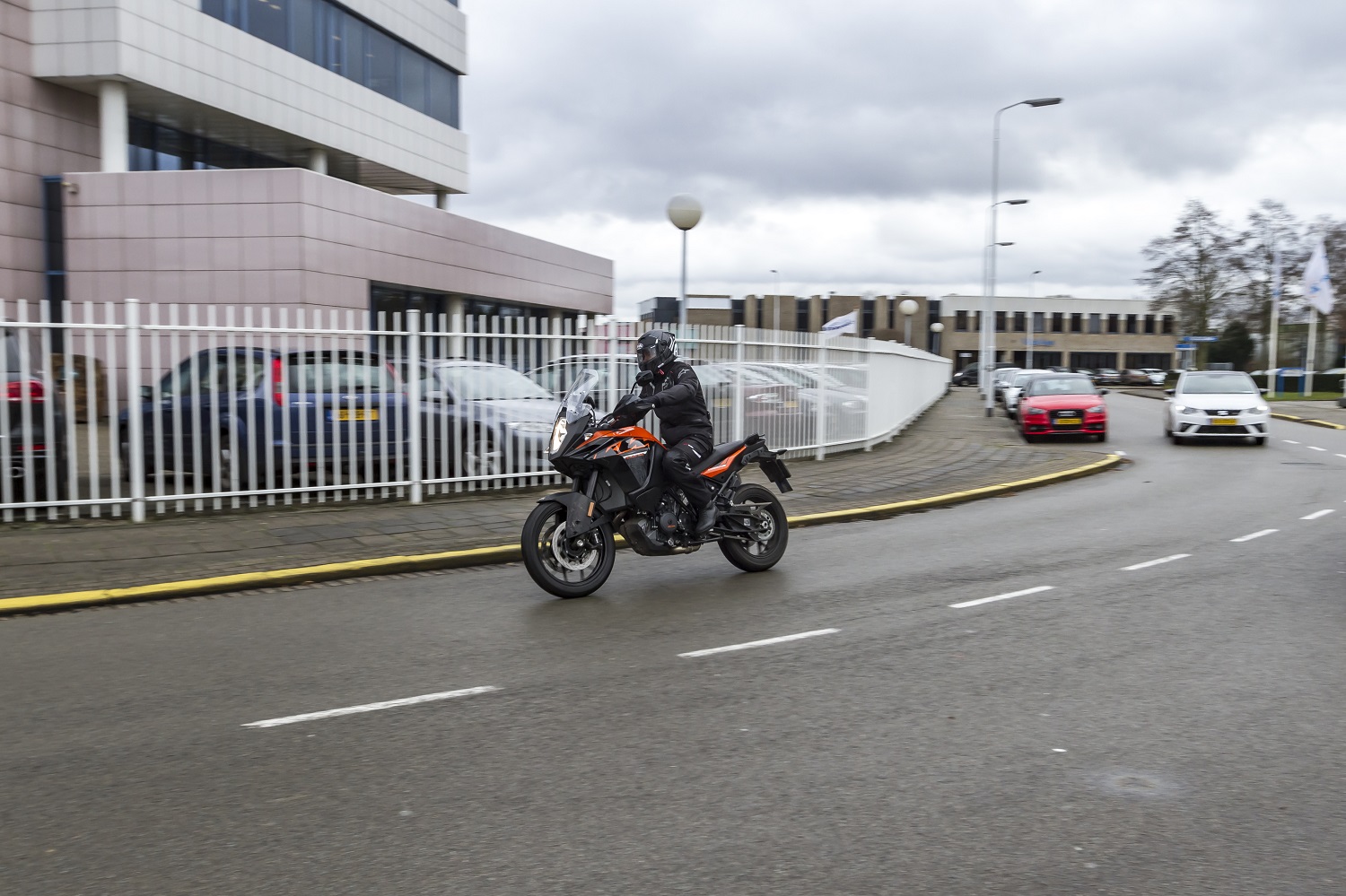 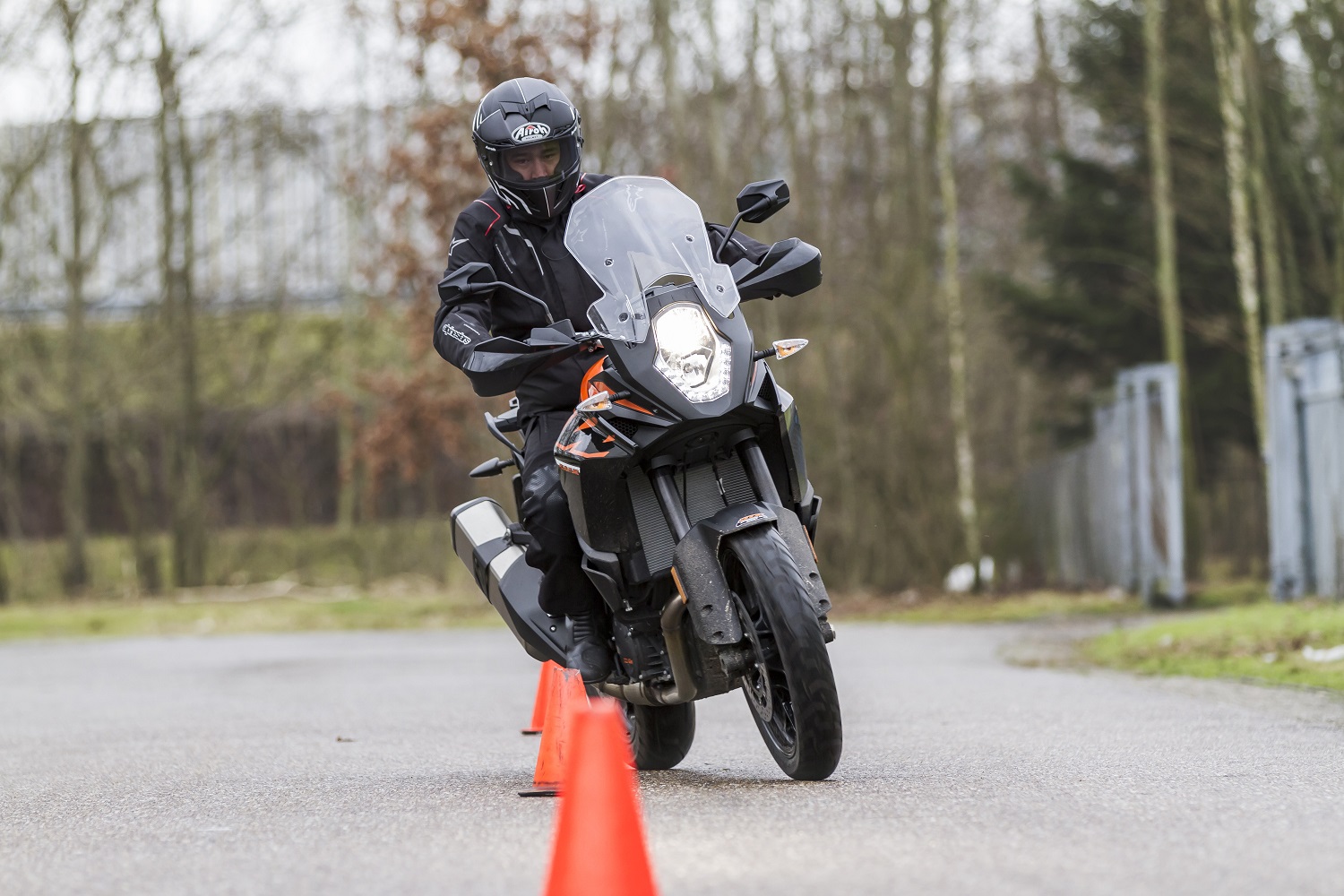 Small details
After just two hours of riding class Coldenhoff dismounts the KTM to head to Germany for another training session on his trusted KTM 450 SX-F. “You can really tell he’s got the feeling for riding a bike; there’s hardly anything we can teach him there,” instructor Britting remarks. “But public roads, there’s no use in comparing it to an MX track. Glenn found it hard to work around in the beginning but after that he picked up on it pretty quickly. So I reckon he’ll do just fine at his final bike test. Tomorrow we’ll go through a few small details and then I think it should be a walk in the park.” 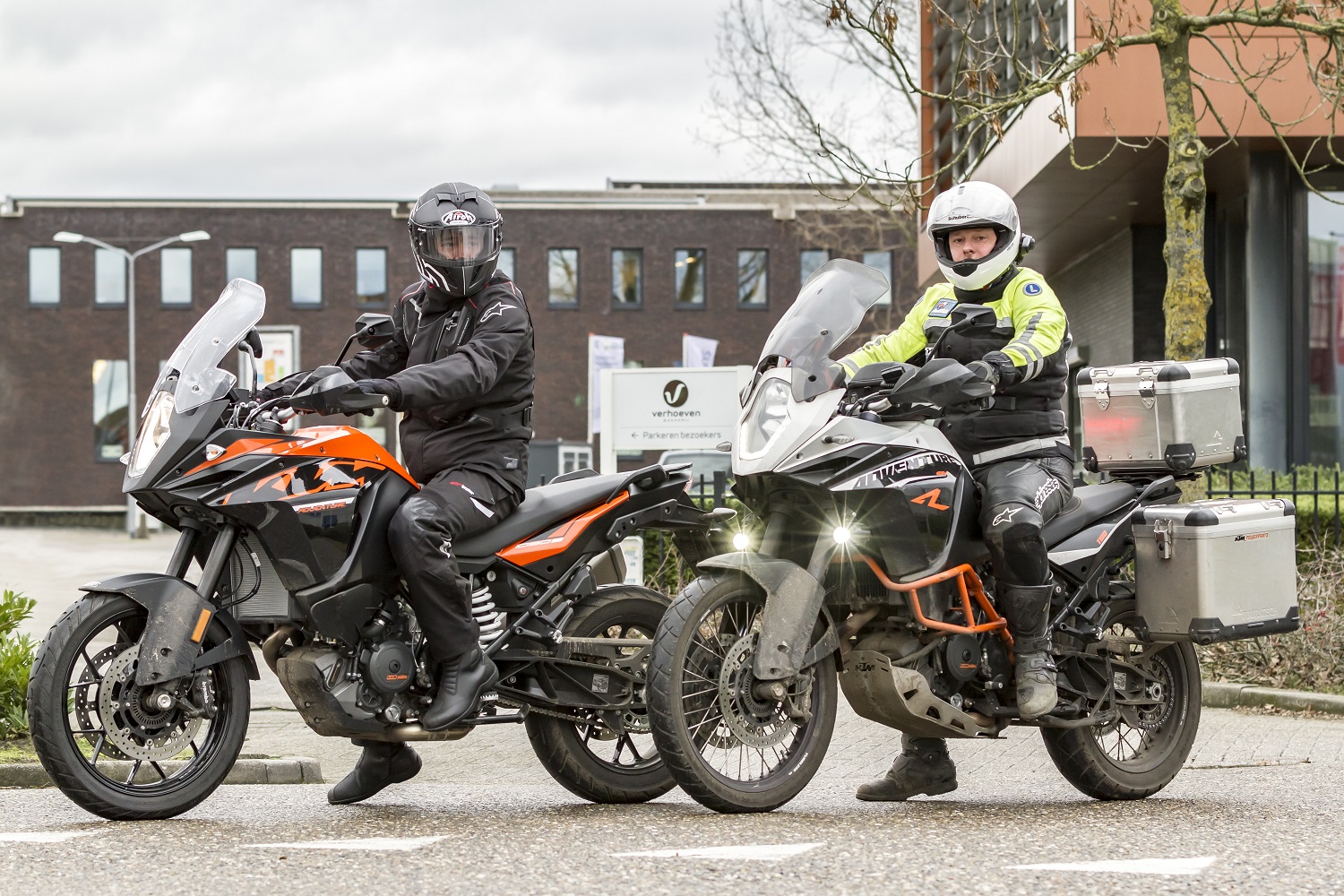 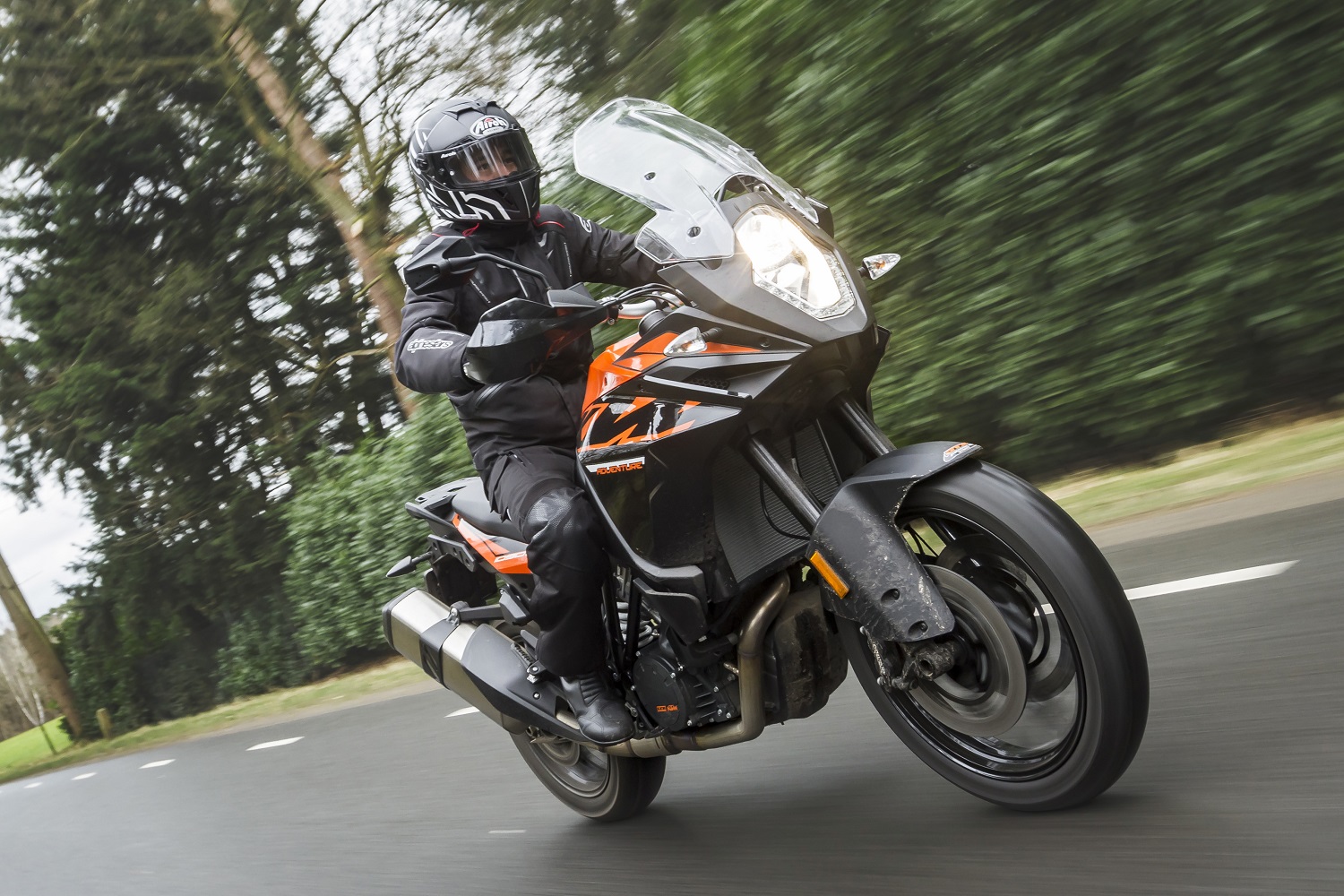 Another early morning for another bike test. But first a bit of crossing the T’s and dotting the I’s. Instructor Roy Amendt: “We’re going to head to the CBR, but we’ll be taking the long way there. Just to focus on small details.” Arriving at the testing center, both men are looking confident. With just three hours of classes on the road under his belt, the Dutch MX rider feels ready to go and get it. “If he rides like he did on the way over here, he’ll be fine. He is a bit cautious, more than you’d expect from a professional racer like him.” The KTM rider agrees. “Weird, huh? Yesterday I had a moment exiting the highway when I got stuck behind a truck. I did follow the rules; I did it by the book. But it was the cautiousness that caught me out. All I could think was I should just play by the rules, ride the way I’d expect an assessor would want me to ride.”

He was worried for nothing, when CBR-assessor Krispijn Klappe watched on for half an hour only to hold out his hand at the end. He had passed. Klappe: “A bit cautious to my liking, but a pass nonetheless.” Smiles all around, as the top motocross rider proved he’s also capable of handling a bike on the open road. However, Coldenhoff would likely stick to gravel roads and on enduro trails. “I don’t think you’ll be seeing me on the road much. I really went and took my test to ride enduro legally. But it is nice to know I’m now qualified to take to the public roads whenever I feel like it.” 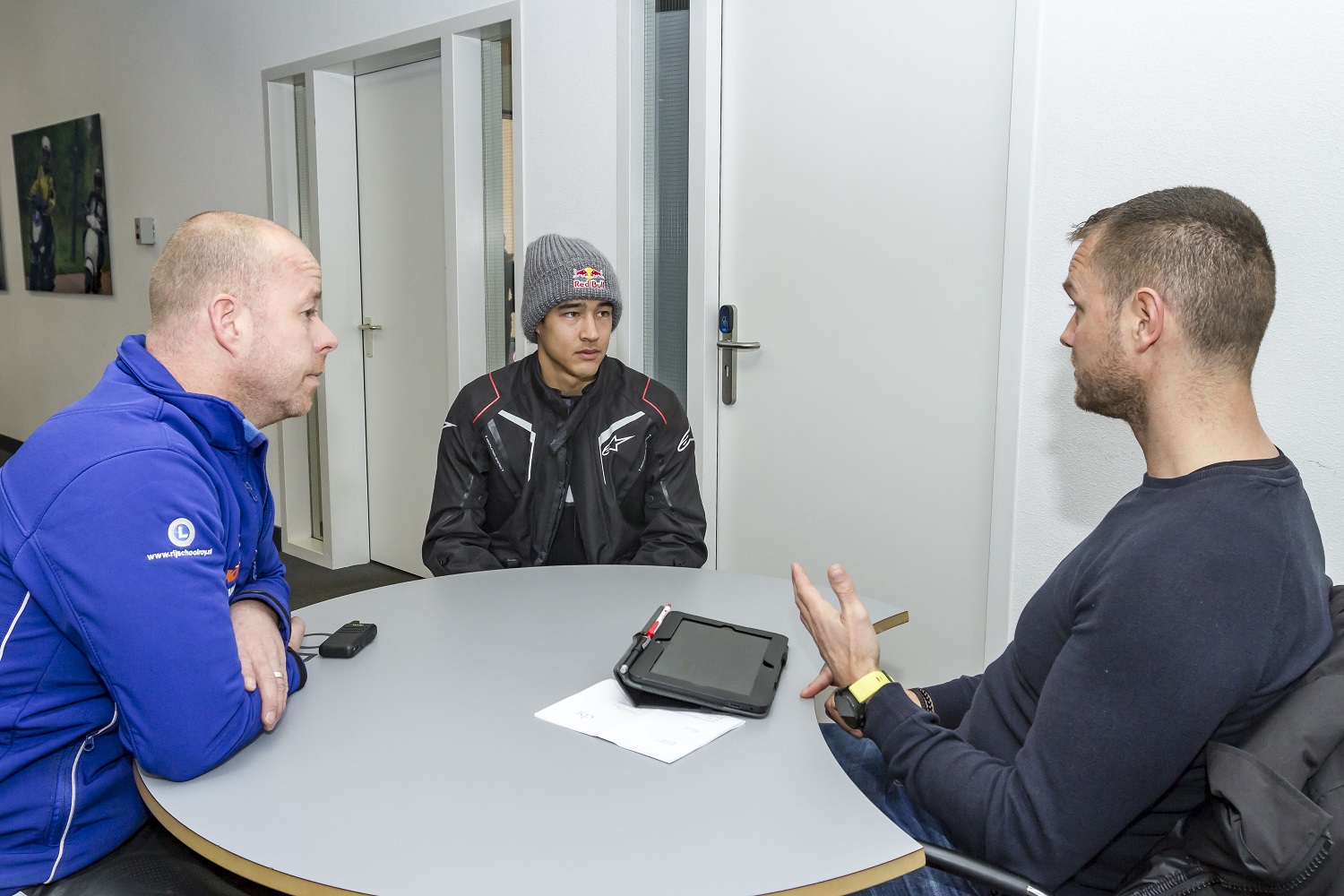 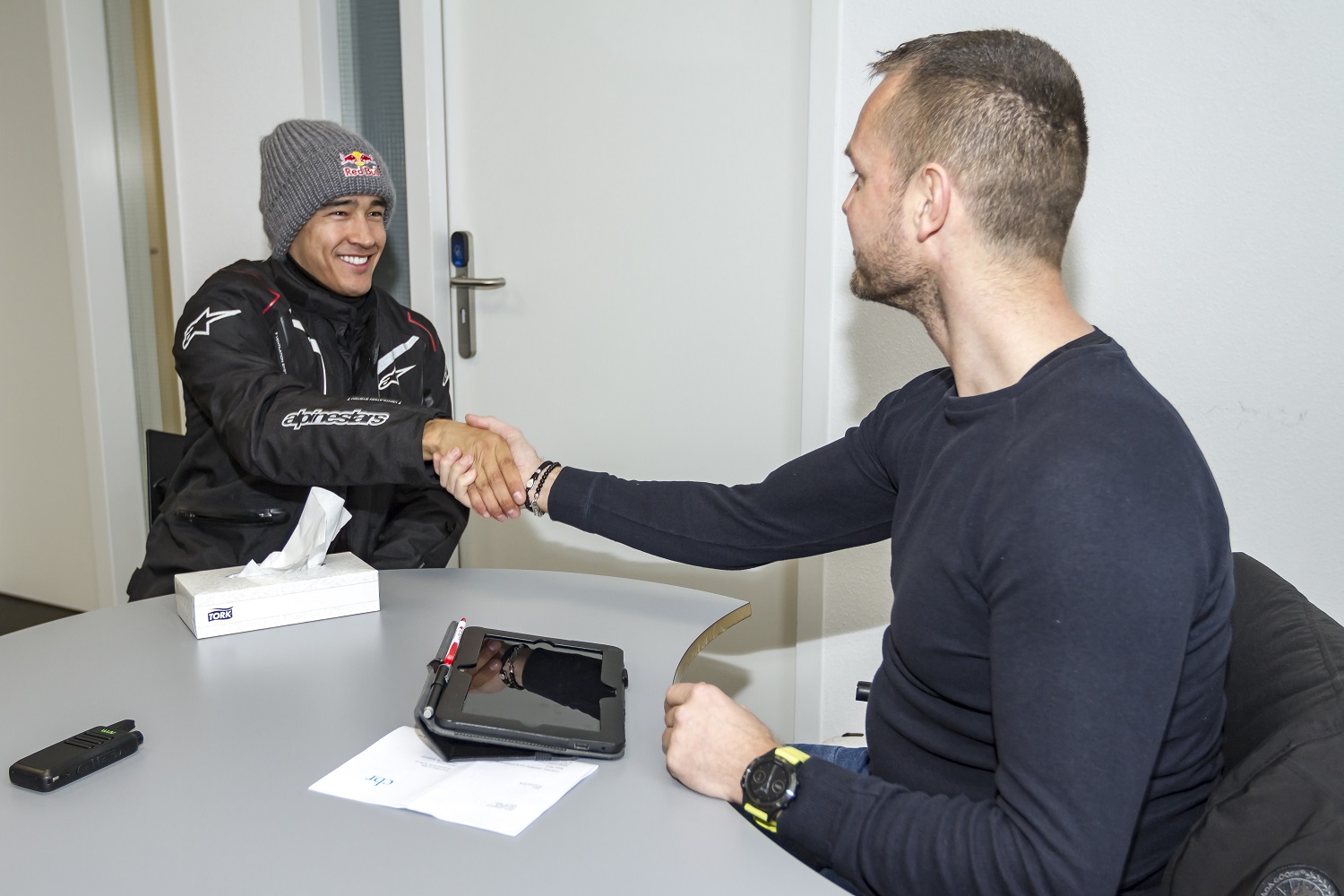 European regulations
As long as there’s been a European Union, there have been those for and those against it, but the fact remains that Europe decides on the licensing system. It is good to know the EU is advised by the CIECA (Commission Internationale des Examens de Conduite Automobile), a collection of examination institutes from all over Europe.

We’ve seen the introduction of certain uniformity in how licensing works since 2011. Getting a bike license has been split up into three phases. In many European countries you’re allowed to ride an A1 category bike at the age of sixteen. It means you’re allowed to ride a bike that has no more than 125cc and 11 kilowatts of power. Weight plays a part too, as you can’t have more than 0.11 kilowatts per kilogram. There are a few exceptions to the A1 regulation. Belgium and the Netherlands for instance require a rider to be eighteen years old.

Following the A1 category is the A2 license, which candidates are allowed to take by the age of twenty. You can ride a bike with a maximum power output of 35 kilowatts as well as no more than 0.2 kW per kilogram. After two years in the A2 class you’re allowed to move to the A category – the full license. Both transitions (A1 to A2 and A2 to a full A license) requires taking another riding test. Looking to get a full license first time out? That is possible. In most countries you are required to be at least 24 years of age.

Recently they’ve added a new option, known as Code 80. That allows you to take your test and have a full license when you´re 21 years old. Your license will be branded with the Code 80 and after two years on a lighter machine you are by law allowed to have the code removed and ride a full power motorcycle. When you turn 24, the code is automatically removed. Biggest advantage comes from the fact that you’re no longer required to take yet another expensive bike test to move up a category.

Though the EU regulates the rules regarding vehicle licenses, this Code 80 rule has been adapted differently all over the continent. Want to know how the rules affect you in your country? Check out this list containing all the information you might need to pass your bike test.

Special Thanks to JTX Racing, CBR, and Rijschool Roy for their rapid service and kind cooperation.

79 Responses to Glenn Coldenhoff: First goal for 2018 – Getting his bike license