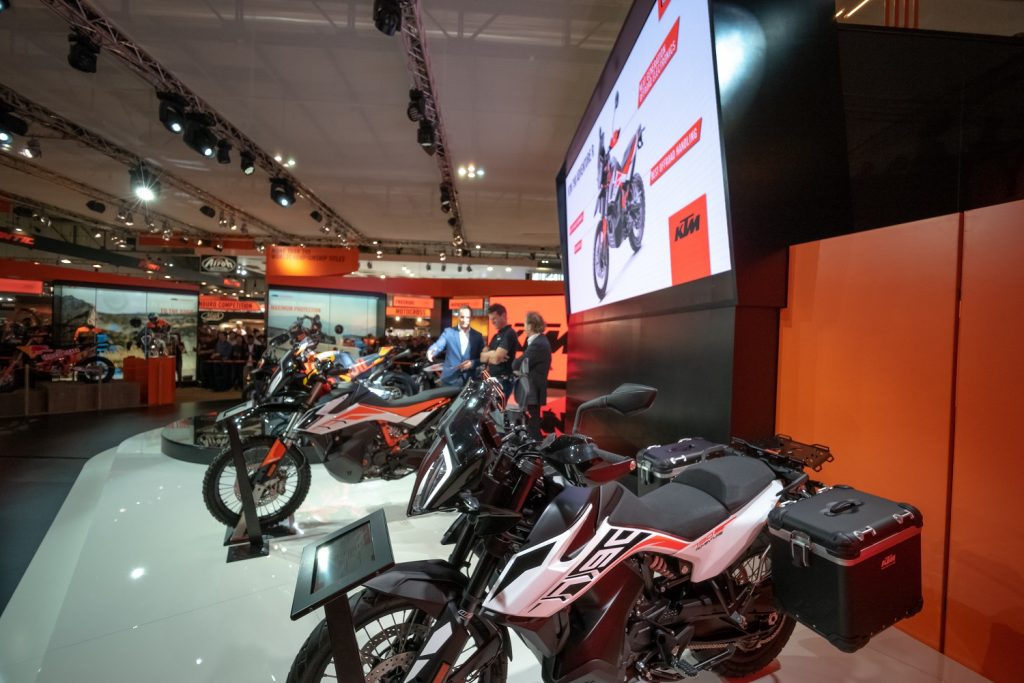 The KTM BLOG takes a deeper looking into the five new machines the READY TO RACE company presented at EICMA.

EICMA. To some that means Esposizione Internazionale del Ciclo, Motociclo, Accessori but to most bike freaks, the Milan-based show is the time when most manufacturers present their new production machines and tease the future with incredible prototypes. KTM, in particular, likes to make a big impact at this event; remember ´The Beast´ and ´The Scalpel´? These were presented at the Italian show … 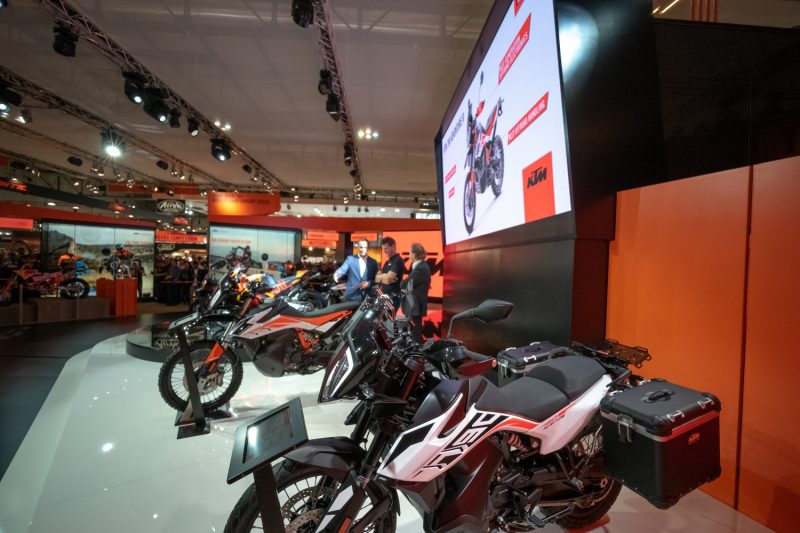 So, what exactly was revealed? The most comprehensive, dynamic and innovative range ever from KTM with machines available that will allow riders of every age and ability to choose and best their own path in 2019.

Sounds exciting, eh? Let’s take a closer look at them …

The KTM 790 ADVENTURE is for travel enduro fans of every ambition and ability, ready to discover new roads whichever way it’s pointed at – no matter surface. The KTM 790 ADVENTURE R is a lightweight, agile and technically advanced machine for adventurers that endeavor to challenge themselves while challenging tricky terrain. 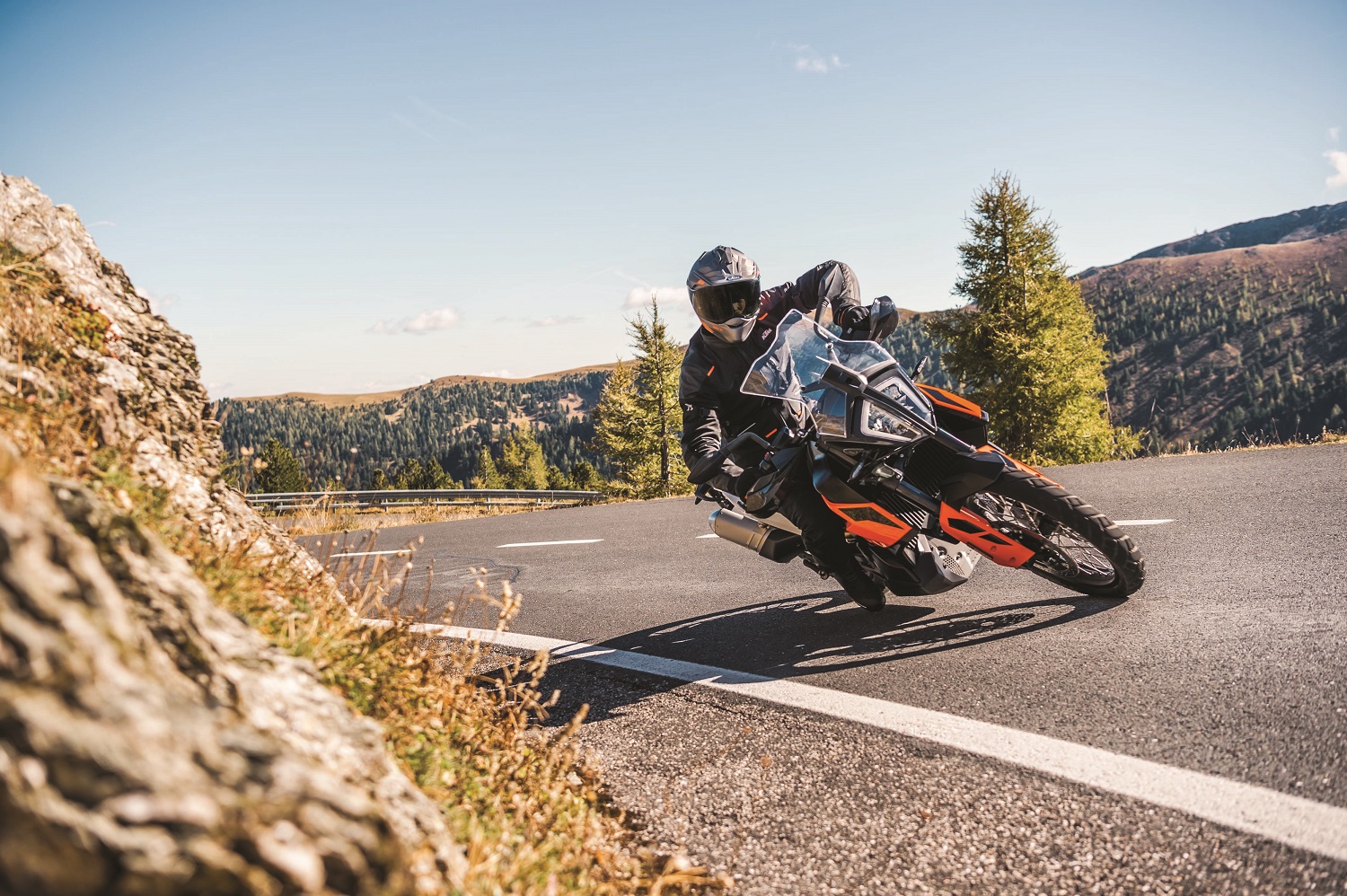 KTM 690 SMC R
MotoGPTM rider, Pol Espargaró, talked on stage about his love for riding supermoto as an excellent training tool and just for fun, which was a fitting what to introduce the return of the KTM 690 SMC R in 2019. Rebooting supermoto for the road this model takes KTM´s READY TO RACE approach to its purest incarnation on the street; lightweight, agile, addictive single-cylinder punch, premium chassis components and now backed up by leading performance-enhancing electronics.

Did anyone say wheelies? 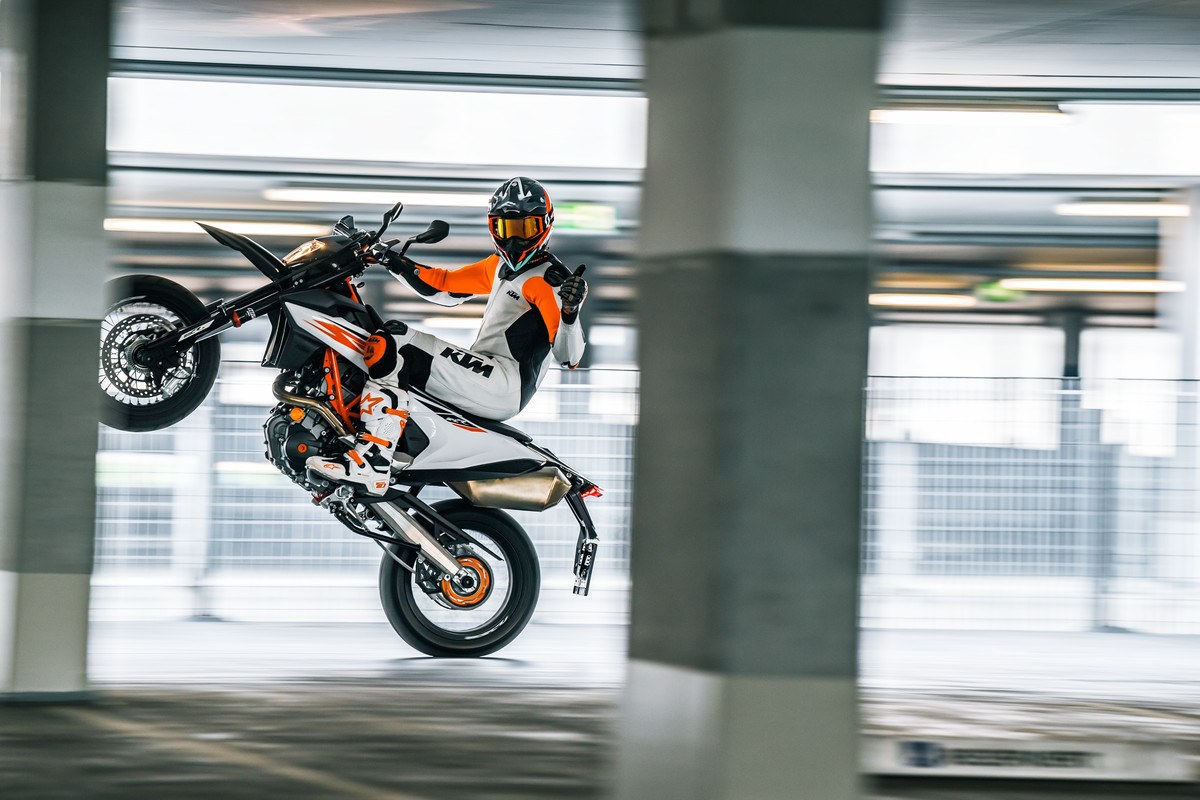 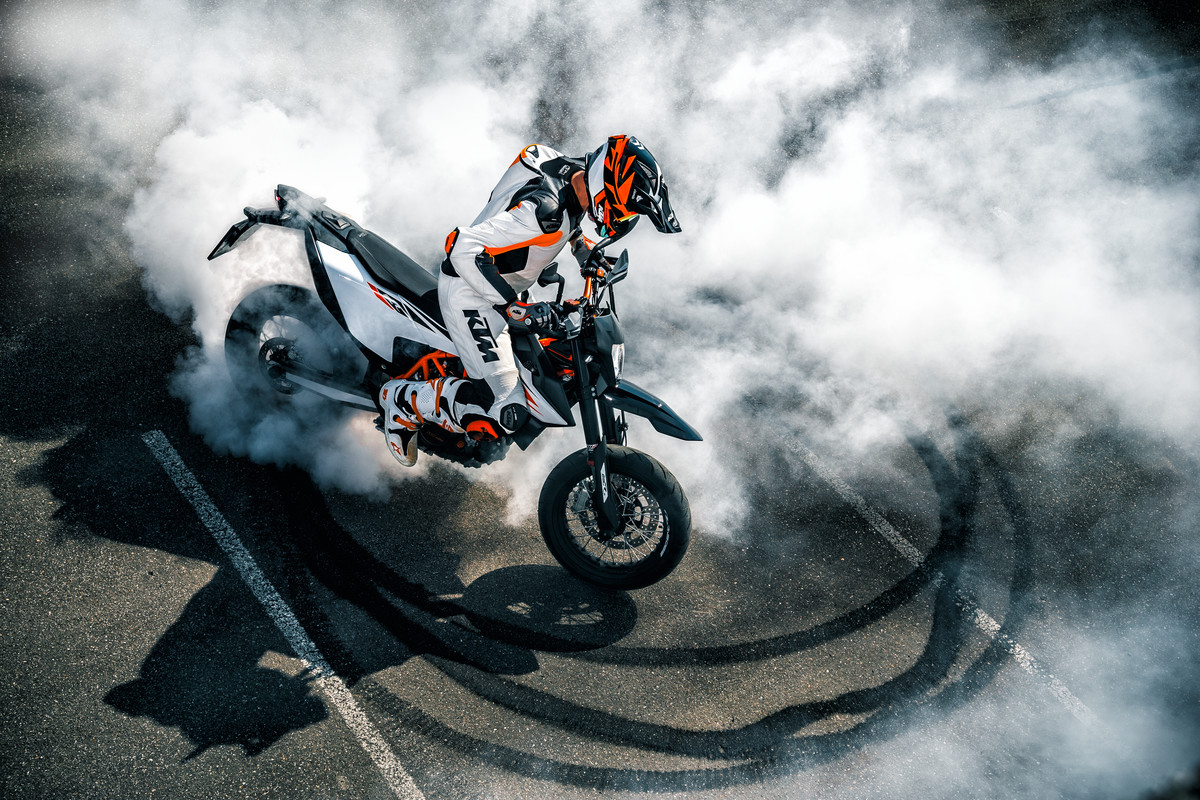 KTM 690 ENDURO R
Someone who knows KTM’s enduro successes better than most and the legacy of the LC4 engine to the brand, is Mr. Hubert Trunkenpolz. Introducing the bike on stage at EICMA was KTM’s CSO, who also happens to be the grandson of the founder of KTM, after all (and that’s what the ‘T’ in KTM stands for …).

Versatility is what the new KTM 690 ENDURO R is all about; even more perfectly positioned to connect the tarmac and trails. The massively updated bike also benefitting from the same engine, electronics and chassis improvements made to its sliding Supermoto sibling, but in a platform completely focused on offroad.

Endless enduro without the need to ever trailer to the trails. Or take the van … 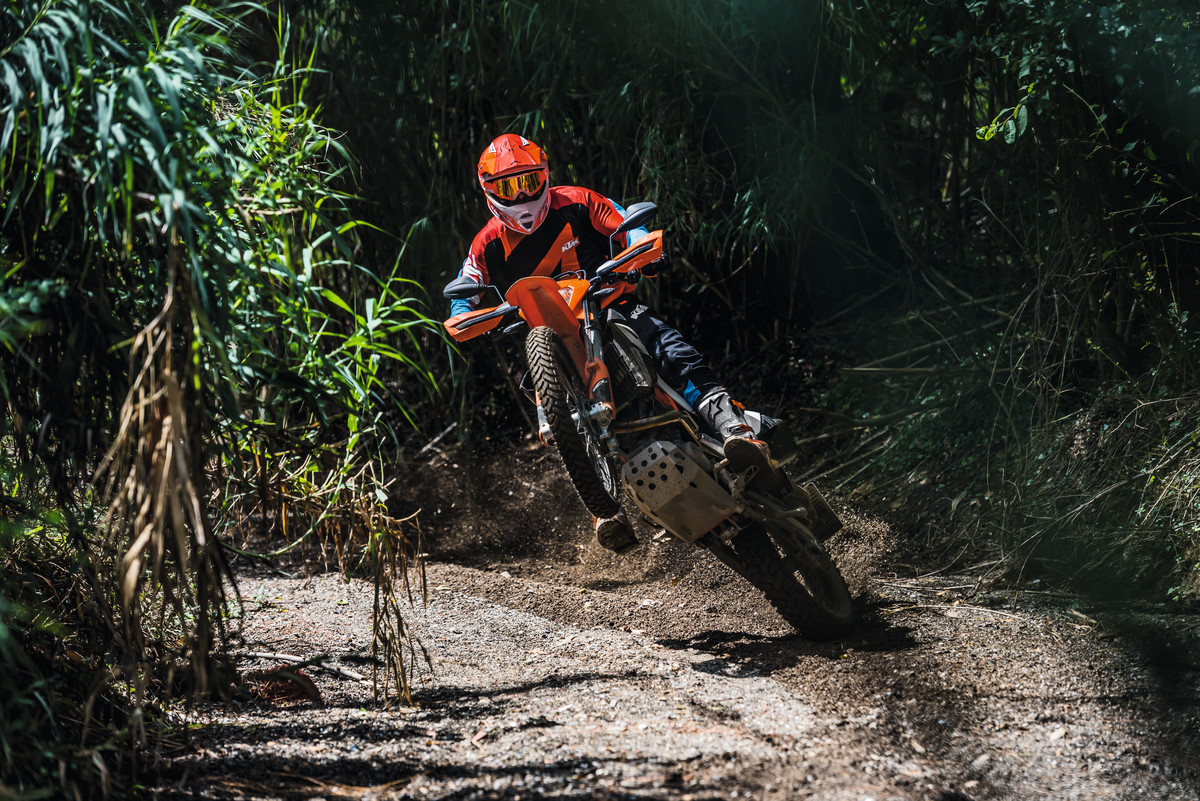 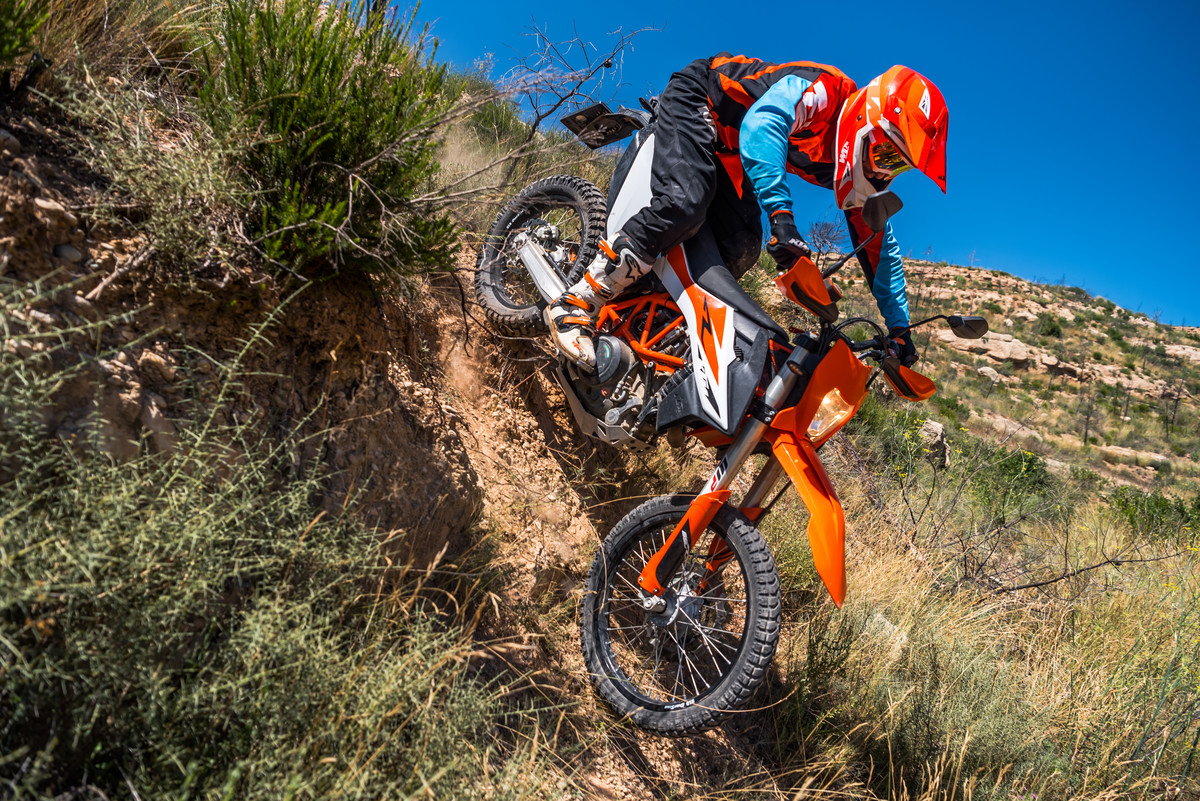 KTM SX-E 5
It isn’t’ all about the ‘grown-ups’ in 2019 as KTM also showed off its newly developed KTM SX-E 5. The next step in KTM’s innovative line-up. Combining class-leading knowledge in youth motorcycling with years of development work in the e-sector, the KTM SX-E 5 is based on the incredibly popular 2-stroke KTM 50 SX with a high-end chassis powered by an electric motor. KTM’s mission was clear: to create an ultra-competitive machine that is also easy to ride, even for pure beginners.

The KTM SX-E 5 enjoys the advantage of zero emissions, low noise and minimal maintenance, which makes it ideal for youngsters looking to make the first step into the world of motorcycling and thanks to its dynamic design, it is ideal for the growing rider with its adjustable seat height.

Ah … to be young again! The kids have never had it so good. 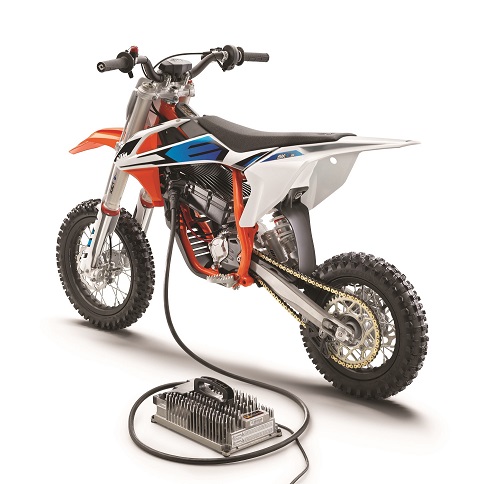 Stay tuned for further information on the KTM 2019 model range and visit www.ktm.com or your nearest official KTM dealer.

45 Responses to High Five: A closer look at KTM´s big news in Milan