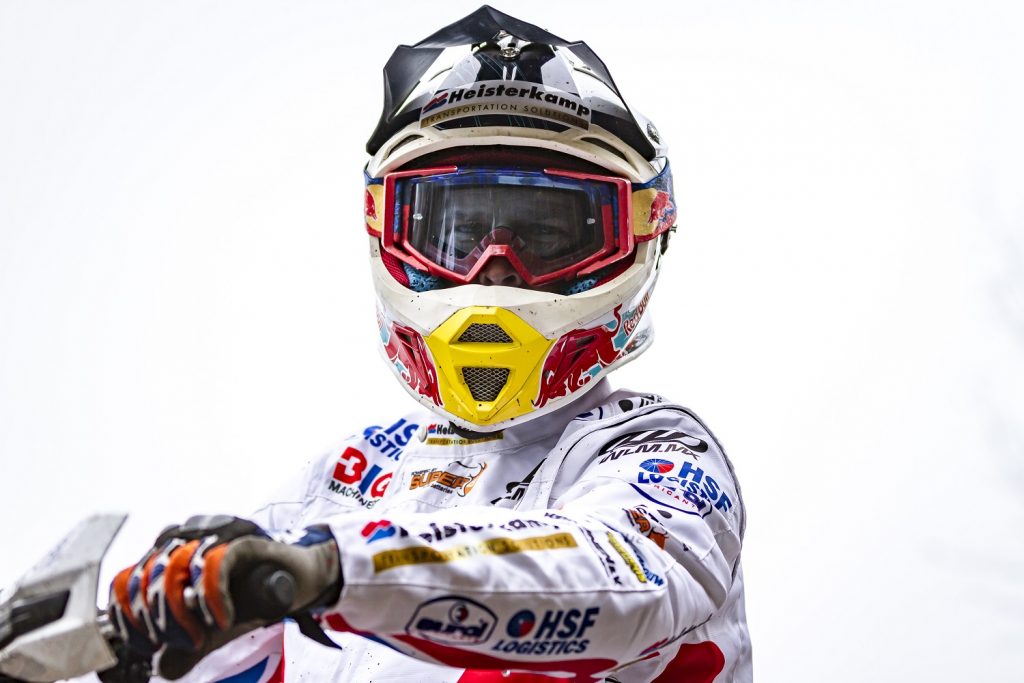 His last road to Dakar #2

This will be the final time former GP racer Jurgen van den Goorbergh prepares for the toughest of all rallies; the Rally Dakar. The 47-year-old is neck deep into his preparations for his tenth go at the race. In three episodes we will be following his endeavors. 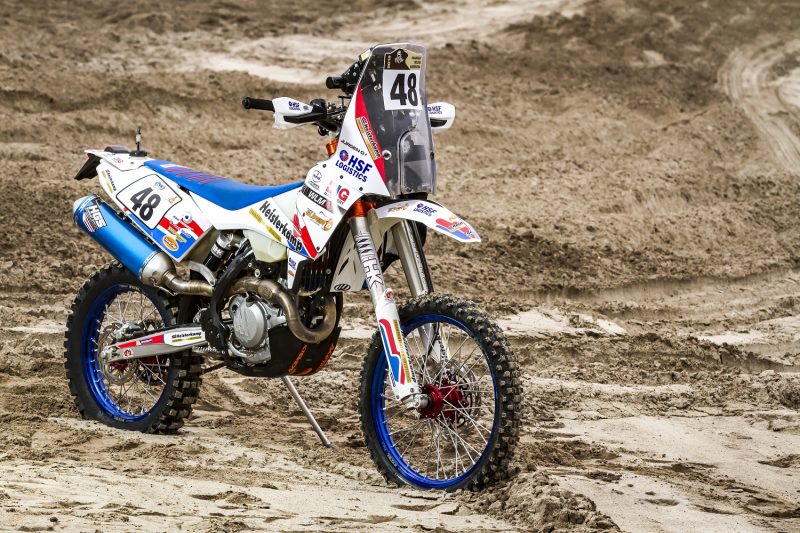 Though he came to Experience Island to train with his Dakar bike, he’s mostly been sitting in his Mercedes Sprinter van, clearly very busy on the phone. “Sponsor related business; without them this all goes away, so …”, Jurgen explains. “It really does take up more of your preparation time than most realize. Budget to go do the Dakar doesn’t just fall out of the sky, you know.” In that respect, Van Den Goorbergh has been very lucky to have built himself a network of faithful sponsors; all the same brands that adorned his bike last year are back again on the new KTM. “When I did my first Dakar back in 2009, I had a big advantage in that people knew me as a GP rider. Most of the companies that currently back me have actually come from my performances in the Rally Dakar, not my past career in the GPs. I quite like that; they really appreciate me as a Dakar rider.”

Because of his relative fame in the Netherlands, and his Dakar experience, Jurgen van den Goorbergh won’t need to be calling companies for sponsoring any time soon. He does, however, put in the hours to give back to those who support him. “Getting sponsored requires a goodwill factor. You have to really build a bond. Plus, companies want to promote themselves through you, so it all has to look the part.” And then there’s the publicity; an important factor in sponsorship. “Brands help me do the Dakar, but then they do want something in return, obviously. I can show off their products and services via my social media channels. I have amassed quite a few followers – a lot of them from my time in MotoGPTM. That helps, it really makes things easier.” 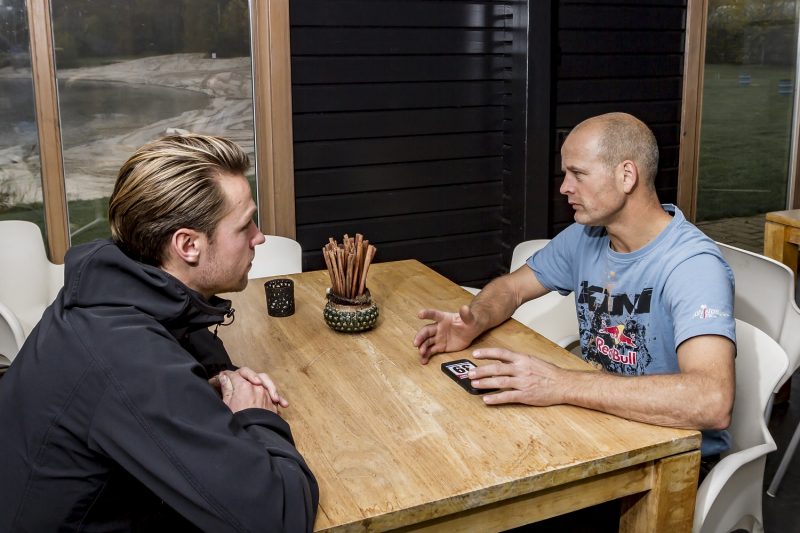 Van den Goorbergh puts in a lot of effort to satisfy his sponsors. © Jarno van Osch/Shot Up Productions

No cheap adventure
How critical it is to get good sponsors becomes even more clear when you hear what a Dakar entry costs. “I race in the Malle Moto class, so I have no service team with me to help me out. It’s the purest form of Dakar racing, that is why I do it. And logically not having to run and pay for an entire team really makes a difference budget wise. Still, to run in this class, you burn through about 50,000 euros. Still quite a lot of cash, but it is by far the cheapest way to race in the Rally Dakar. If you manage to buy your way into a team, you’ll be looking at a number between 75,000 to a 125,000 euros.”

Those numbers cover all the costs to run the Dakar, not including preparation. Those 50,000 euros do include the bike, parts, entry fee, and everything Jurgen van den Goorbergh might need during those two weeks in South America. “It has become practically impossible for any enduro rider to go and do the Dakar. Some of these guys have been saving for years for this, and nowadays you have to have a certain skill level, that requires you to partake in a few rallies here and there to even be allowed to race in the Rally Dakar. Those rallies cost a lot as well.”

Part of the budget goes to getting publicity for the sponsors. “The Rally Dakar is big in the Netherlands, but there’s only commercial channel that actively broadcasts the racing. If you want your face on the TV, you’re going to have to pay for it. A smart move on their part, because as a participant you’re going to need it. Your sponsors want to see their logo on the television.” Apart from the daily broadcasts during the rally, the TV-station organizes an annual Dakar Preprologue in the Netherlands. Jurgen van den Goorbergh attended as well. “That costs a couple bucks too, but it does get you a lot of extra publicity. And apart from the business side of things a lot of Dakar fans rock up too. So it’s good to showcase yourself there.” Well over 17,000 spectators watched the 47-year-old win the preprologue bike race with ease. “That race it’s hardly worth mentioning, but you still want to win it. Luckily I managed to do just that, as I did last year.” 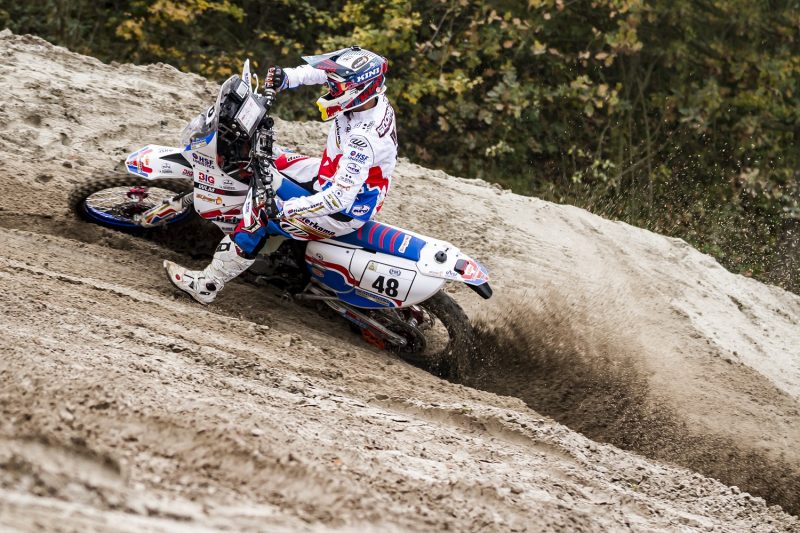 Stamps galore
With all those faithful sponsors backing him, Jurgen van den Goorbergh can only look towards his tenth Rally Dakar with confidence, as the start of that first stage is coming closer every day now. His self-built KTM rally bike is on its way to South America as we speak. “When you load up your machine in Le Havre, it feels like some sort of start. You are about to embark on something you’ve been training for months, taking over your entire life.” The loading happens well over a month before the start of the rally. “I get up really early, because I have to check in at 9:15am. That’s when I get my stamp booklet, which has to be filled with all the right stamps and accompanied by the right papers.” First task at hand is mounting the navigation system the organizers hand you. “You’re in charge of mounting the GPS yourself and you have to make sure it works properly, once you’re all done you get the first stamp. The bike check is similar; if it’s okay, you get to pass to the next area on the shipyard. To where you actually hand over everything. They crate up the bike and when you’re in the Malle Moto class this is also the time to load up the box – which goes into a separate container.”

Apart from loading up your bike and gear, you also have to show all the necessary documents. Things like your passport, driver’s license, visa, bike registration, racing licenses, vaccination cards, etc. “It’s quite a bit of paperwork, and it too takes a lot of time to get together. All and all the organizers will keep you busy for a good four hours before you’re set to head home. Works riders have it easy; they just send a mechanic to arrange it all. It isn’t required to show up in person.”

If for some reason things aren’t entirely in order – like leaving a certain document on the kitchen table back home – you’re not in too much trouble of not making it to the start. “No need to worry, those things can all easily be handled later. The most important thing is to get your bike loaded. It has never happened that they didn’t bring your gear over. You really messed up if your bike doesn’t make it through scrutineering.” 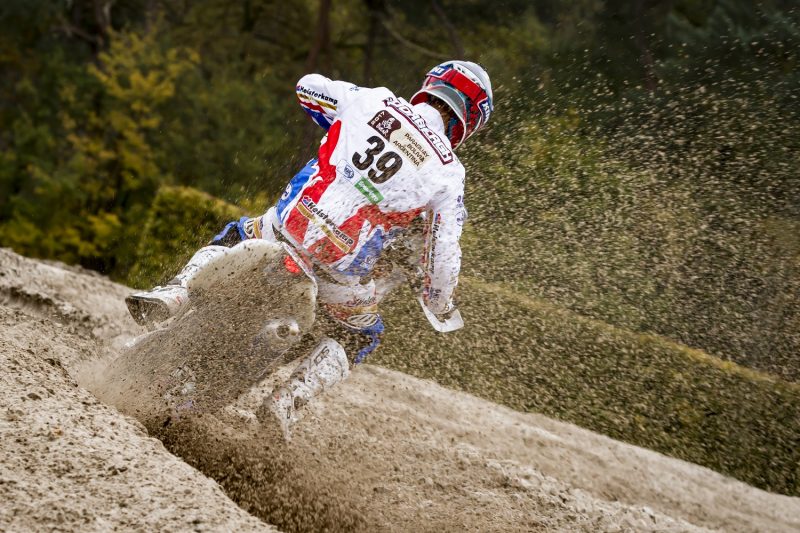 Not to worry
It might sound a bit weird coming from a nine time entrant, but Van den Goorbergh is actually enjoying the fact this will be his final rally on South America soil. “It all gets a bit tough preparing it all. You’re not just getting physically ready, but the mental aspect gets tiring too. There’s just so much you have to arrange and make sure of, especially just before shipping up. By then I’ll be getting quite weary, trying to combine it all with the everyday hassles of work. That is not at all easy”, Van den Goorbergh admits. “That is why a DNF can really get you down. Last year I was out just four days into the race. Leaving you standing there … Sponsors have put in a lot of money and I put in so much time and energy, only to be finished so quickly. You can imagine the hardship you endure just because of that.”

Though that disappointment hit home last year, Van den Goorbergh is more than ready to show once again what he’s made of. “I’ve played this game many times before now, so the box itself is checked. I just want to prove my self-made bike can make it; that it can be a great alternative for Dakar entrants. The planned route also gets me excited, since we’re going back through Peru. That is the absolute paradise for enduro riders. That alone would be reason enough to go at it again, even as that meant sacrificing another year preparing for the Dakar.”

Van den Goorbergh emphasizes how important he thinks it is to have a clear schedule for December. He’ll try to keep work off his mind as much as he can, so he can take that plane to Lima on January first with too much troubles on his mind. “I try to rest as much as I can, but it isn’t easy. You’re still constantly preparing. And of course I try to get my enduro routine as often as I can, because rhythm is everything. Not riding for a month is unimaginable, because that would really cost me in the Dakar.” For most people December is all about the holidays, but not so much for Van den Goorbergh. “You’d think Christmas with the family would be extra special, because I’m going to have to miss them for a few weeks in January, but I really can’t enjoy it as I will be too busy readying for the rally. I just keep thinking and I constantly go over everything, so I’m completely at a loss what day it is. People are going to have to tell me it’s Christmas, because I would not have a clue. In those final days before departure, I’m a zombie. The pressure is immense, so I am really looking forward to Christmas in 2018. Let’s see what Christmas feels like when there’s not an enormously challenging rally on the horizon. We’ll soldier on once more, because I’ll try my hardest to say goodbye to the Rally Dakar in the best way I can.”

Early in January the third and last episode of the series will be put online. Don’t want to miss out on Jurgen van den Goorbergh’s process in the meantime? Then make sure you follow him on Twitter and Facebook. 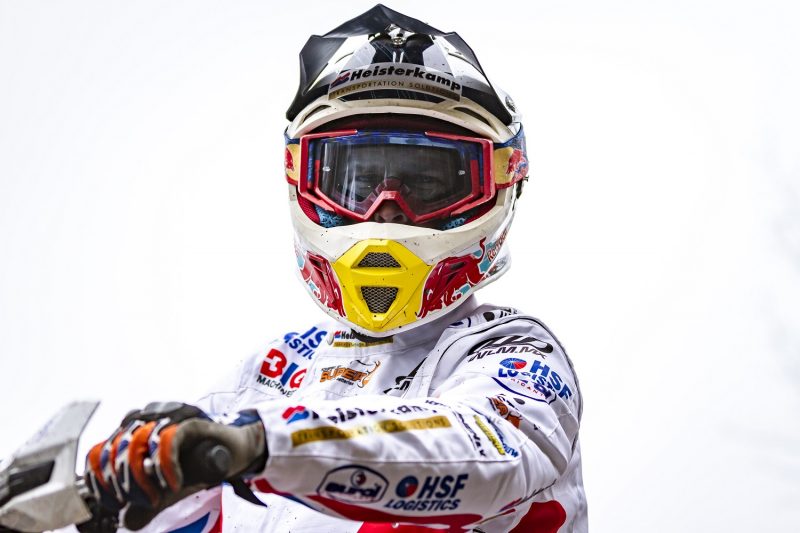 96 Responses to His last road to Dakar #2