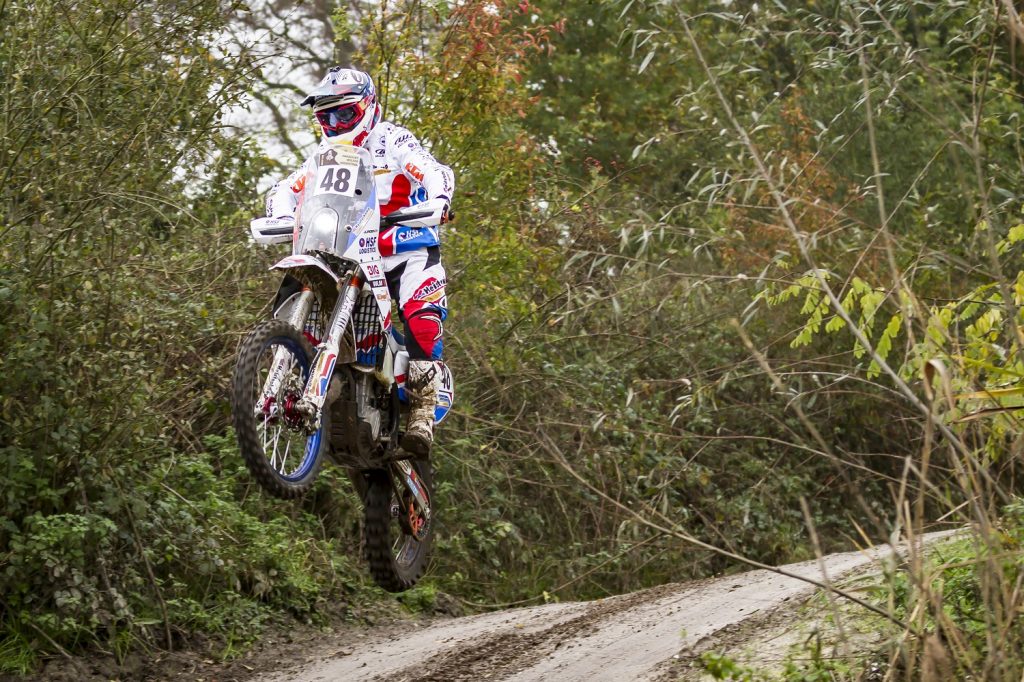 His last road to Dakar #3

This will be the final time former GP racer Jurgen van den Goorbergh prepares for the toughest of all rallies; the Rally Dakar. The 48-year-old is neck deep into his preparations for his tenth go at the race. In three episodes we will be following his endeavors. 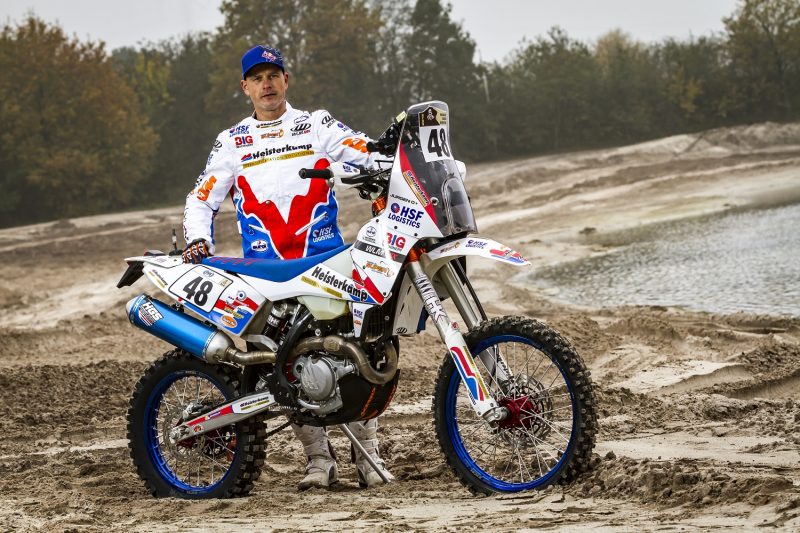 It’s been a few years since Jurgen van den Goorbergh celebrated New Year’s Eve with his family. A choice he made willingly, mind you. The last nine years he’s been partaking in the Rally Dakar, that sets off annually on one the first days of the year. Though this year the start date is a bit more family friendly, so he will able to raise a glass of champagne with the family, only to take to the sky the day after. He will eventually land in South America; Lima to be precise. Two weeks racing will depart from the Peruvian capital on January 6, with 14 stages planned. “This will be my last go at it, and I’ve got two reasons I’m going at it this one last time. Firstly, I want to show I can run my self-built Dakar bike – based off the KTM 450 EXC-F – reliably. Secondly, it’s the route for 2018. We start off in Peru, which is why I just had to go. The Peruvian desert has some of the most incredible sand dunes; those are just magical. I’m really looking forward to it.”

After those six days, the 48-year-old Dutch rider will pass into Bolivia, with a lot more technical stages planned. “That sort of terrain should suite my bike very well. It’s light and agile, so it should be good. That’s where it should shine brightest.” During last year’s edition heavy rain ruined play in Bolivia, but van den Goorbergh isn’t expecting a rerun of that this year. “I’ve been in contact with Chavo Salvatierra (Bolivian Dakar rider) as he’s using a few parts I’ve made him, and he assured me the weather looks a lot better than it did last year. It’s by no means certain it won’t rain, but it will always be better than last time.”

Difficult game
Leaving well-prepared, van den Goorbergh is really looking forward to getting this Rally Dakar on the road. Priority for the first few days is to find a rhythm he can keep up for the entire fortnight. Also an important part of the race is to get a hang of navigating at high speeds. “Obviously I’m bike fit, but that is mostly from training on an Enduro bike. The rally bike’s been tested in the roughest of terrains, but I won’t put too many miles on it. I have to save that for South America. The big boys get to train on their race bikes on a day to day basis. I would’ve done a few smaller raids if they weren’t so incredibly expensive.” Because of that, van den Goorbergh will have to get used to navigating again. “I have to regain the rhythm, because I know full well I will be messy at first. You’re used to going way faster, but now you have to look down at the roadbook from time to time. You get distracted, so focus is an absolute must; a split second of losing focus and you’re in trouble. You have to be able to look down, think, and then take the right trail. That’s what makes a rally raid so interesting. If all came down to raw speed, they’d sent Jeffrey Herlings into the desert.”

Navigating itself has changed a lot since last year, partially influenced by Marc Coma as the acting sporting director for the Dakar. It has become more difficult. “Waypoints are way more hidden now. In the past you’d be able to see the waypoint half a mile out. That won’t be the case anymore, so you’ll be looking at the roadbook more. And obviously you’re going to have to rely on your navigating skills more now.” And that is hardly easy, as van den Goorbergh knows all too well. It doesn’t take much to get into trouble. “If you run wide through a corner or if you cut it, you won’t notice until a few miles down the road your mileage is off by like 300 meters of more. That makes all the difference when it comes to taking the right route down to waypoints that only validate when you pass them by 90 meters or less. So you’re constantly correcting the miles you’ve put on the clock. It’s a difficult game, navigating.” 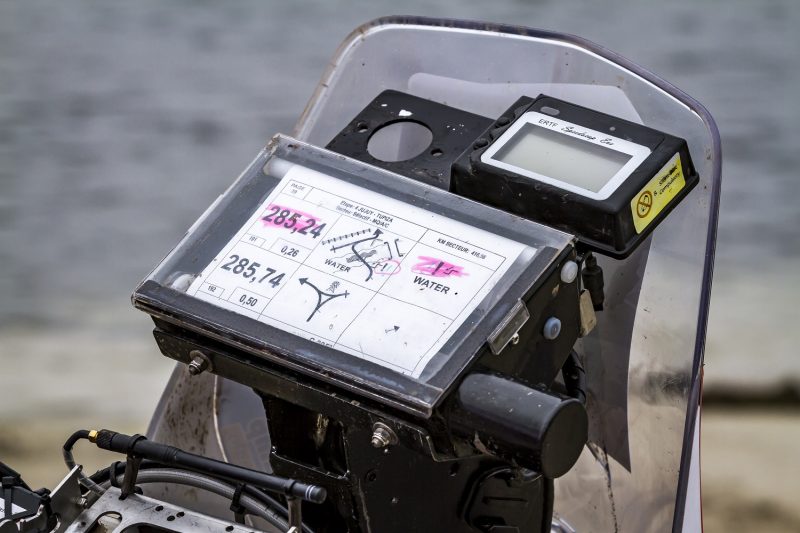 No rest for the weary
It’s not just navigating that could cause potential headaches for van den Goorbergh. The fact he’s running in the Malle Moto class (malle means box in French) is an extra challenge in itself. “Running in the Malle Moto is hardship. You’re not just on the bike during the day, you’re also working on it when you get to the bivouac. No-one’s allowed to help you, and that gets tough.” The days are long for van den Goorbergh and his fellow Malle Moto riders (28 in total!). “My alarm goes at around 3.30 am, because we’re usually set to depart at around 5.00 am. By the time you come back in, it’s the end of the afternoon, with little time to eat and shower. It’s simply time you don’t have as a Malle Moto contestant. You’re tired, but you are going to have to get your hands dirty, too. Otherwise the bike won’t be ready for the next day. I have a work schedule for every single day, and that’s easily an hour’s work. And that is purely maintenance, not including repairing mishaps from the stage. If you crash or run into mechanical troubles, you’ve got your work cut out for you.” In Malle Moto you can call yourself a lucky man if you make it to bed by about 11.00 pm. Most of the times you don’t even get that luxury. “That is where a lot of the big boys make the biggest gains on us, because they’ll be calling it a day at 9.00 pm. They get to rest, which in turn helps them focus the next day. Malle Moto doesn’t just get hard, it gets dangerous, because you’ve got so little time to rest.”

For the bigger problems, van den Goorbergh can call in some help with KTM. “Smaller parts like footpegs and levers I’ve got in the box, but it isn’t bottomless. If I bend or brake my bars, I can walk by KTM’s service truck. I can buy parts like that off them. Then again it’s better if you never need to bother them for parts, because that usually means you’ve been in a crash. Something that is extra heavy to have to deal with for a Malle Moto rider.” 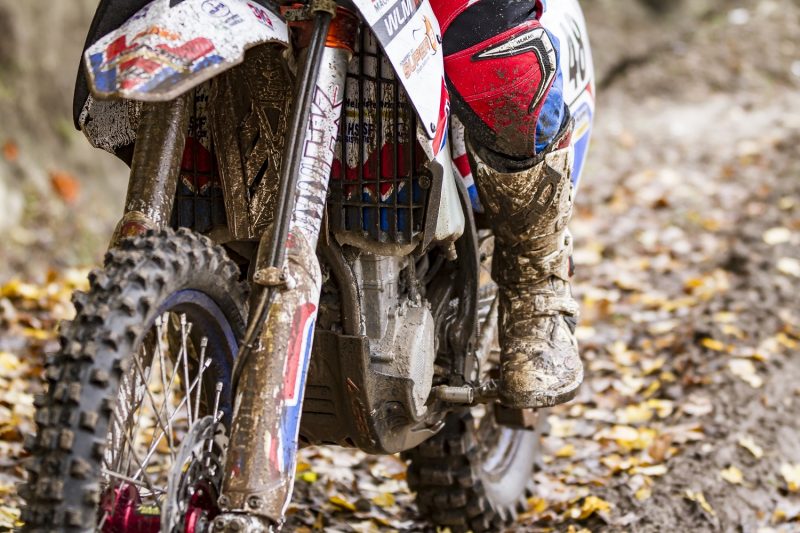 One up
Jurgen van den Goorbergh has to finish the Dakar, living out of the box the organizers (fixed measurements of 80 x 44 x 36 cm) take to the next bivouac every day. “My box is really two boxes, with the first one lined with loose bits and pieces; bike parts. The second one houses my tools. Because this is my fourth attempt at the Malle Moto class I know exactly what to bring. When I first took the challenge in 2015, I had completely overloaded my tool box, even though I thought I was well enough informed by a duo of former contestants. At camp there’s a work bench for Malle Moto riders, which I’m glad to be able to use. First time around I had brought an axle grinder; something you’re only ever going to be using once, so you might as well borrow it when you need it.”

Apart from the box, Malle Moto riders are allowed to load up a set off wheels, a tent, and a bag of clothes. The organizers take those from one bivouac to the next. For other stuff, van den Goorbergh counts on befriended teams to carry it for him. “As a Malle Moto rider everyone knows how tough you’re going to get it, so they’re never too hard on you when you ask for a favor, like carrying a bag or some parts for you on their truck. The organizer also know about the hardships a Malle Moto rider goes through, so they think with the riders. For instance by placing the Malle Moto camp centrally in the bivouac; close to the tent where we can get food and drinks, but also close to the Michelin trucks. That alone saves a lot of time carrying wheels and tires across the bivouac.”

Despite all of the challenges of the Malle Moto class, the former MotoGPTM rider wouldn’t have it any other way. “The purest way of approaching it. I did my first Dakar in 2009, and everything was smooth sailing. I came in seventeenth in my debut Rally Dakar; an incredible performance. I was rookie of the year too, which made it extra special. On paper it’s my best result by miles, but it doesn’t feel like it. Becoming the 2016 Malle Moto winner felt more special. Doing it all by yourself gives you a bigger feeling of accomplishment at the end of it all.” 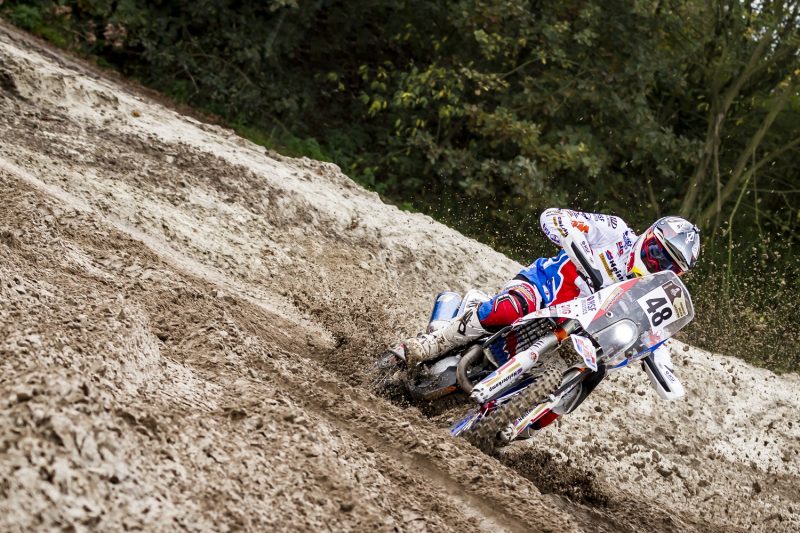 Extra challenge
It would be a fantastic ending to van den Goorbergh’s Dakar career if he could just take victory in the Malle Moto class in 2018. Though things have gotten a bit more interesting for the Dutchman when he heard Olivier Pain will be running in the specialist class as well. “It was quite a surprise to hear that. Pain is an elite rider, so you wouldn’t expect him to go and run in the Malle Moto class. He’s obviously a really good rider; you would have to be to take third overall like he did in 2014. And the big boys sure know how to swing a wrench, so that won’t be much of a problem either. His only downfall might be him trying to show off his speed. He’s used to doing so for years, but in Malle Moto you’re going to have employ a different strategy altogether.” Van den Goorbergh discovered firsthand how risky eagerness can be in the Dakar. “Last year I went off just a few days into the rally, partly because I was going too fast that day. I was making good time, but in the end it didn’t pay off as I crashed. That one spill caused a DNF, so you really have to be careful.”

Despite finding a new rival in the fast Frenchman, the goal remains clear for the Dutchman. Finishing on his self-built Dakar bike is pretty much all that matters. “Of course I want to do a good job and finish as high up as possible. In riding Pain one-ups me, but that does not mean I can’t beat him. It isn’t just about raw speed; tactics play a big role. If I do make it to the end, I want to be on the Malle Moto rostrum. When things go to plan, that is feasible. Concerning the overall standings, I’d like to be in with the first fifty riders for the first week. If I can keep up with consistency, I can’t go wrong. In the final week riders will start to retire, allowing me to move up a few places. My goal is to make it to the top 35, and I’m going to give it my all.” 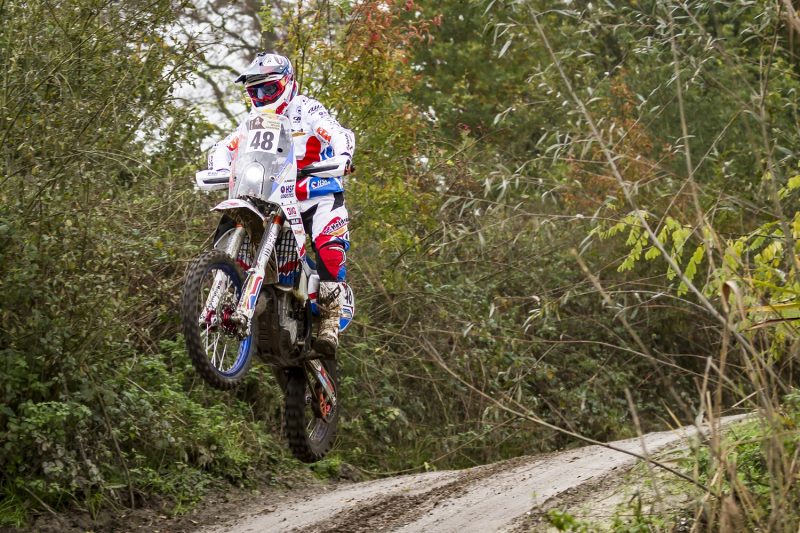 48 Responses to His last road to Dakar #3