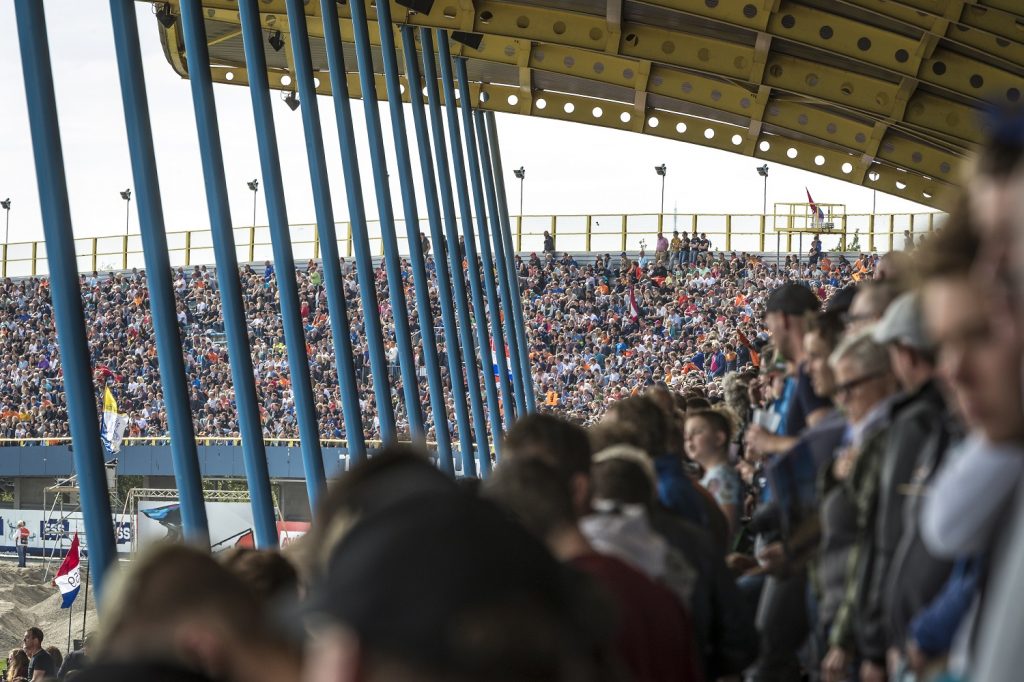 Open any MXGP rider’s agenda, and you’ll find out most of them will have marked their home race with exclamation marks; it’s the one race they look forward to most. Riding in front of a home crowd is something special. But, might there be more to it? We caught up with the two Dutch KTM factory riders and a sports psychologist to find out more about the effects of a home race. 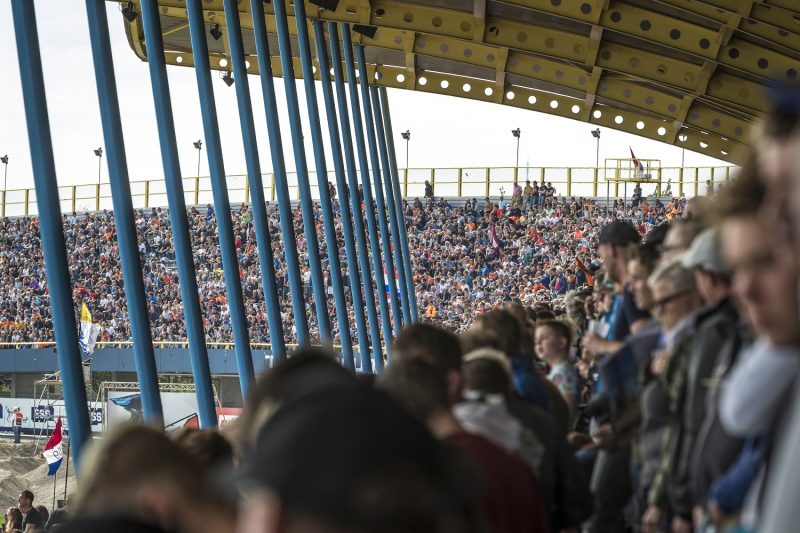 “If you think about it a bit longer, it is kind of weird,” Glenn Coldenhoff claims. “When you race in your home country you get a sensation you’re able to dig deeper. Even when it’s technically no different than any other Grand Prix, of which there are plenty more.” With both Valkenswaard and Assen currently on the calendar, the Red Bull KTM Factory Racing rider is a fortunate one. Italian riders are the only ones who have it better with three races on home soil. Coldenhoff really does believe there’s an advantage to riding ‘at home’. “At Valkenswaard you don’t hear the fans so much, but it’s the waving hands that spur you on. Assen has a massive grandstand that makes the whole track feel compact and you can really hear the fans trackside. That boosts your performance, but not in a way you could ever possibly measure. I mean, in the end I want to do well in Spain or Italy too; in that respect it makes no difference.” Possible advantages aside, the two-time GP winner can’t come up with any sort of disadvantage. “If I’d have to point a single thing out, it would be the media attention. It’s always a little bit more crowded, a bit busier, riding at home.”

Jeffrey Herlings has the same sense as his compatriot and teammate of how home races provide a special vibe. “It adds urgency to doing well; you want to give the fans what they came to see”, the newly crowned MXGP World Champion explains. “And of course, it does put a little bit of extra pressure on. Take Valkenswaard for instance. I had won the GP there seven times in a row. With that streak in mind, I’ve become pretty much obliged to go out and win it again. If you then fail to do so [Herlings finished second in 2017] you’re going to feel like you’ve fallen short.” 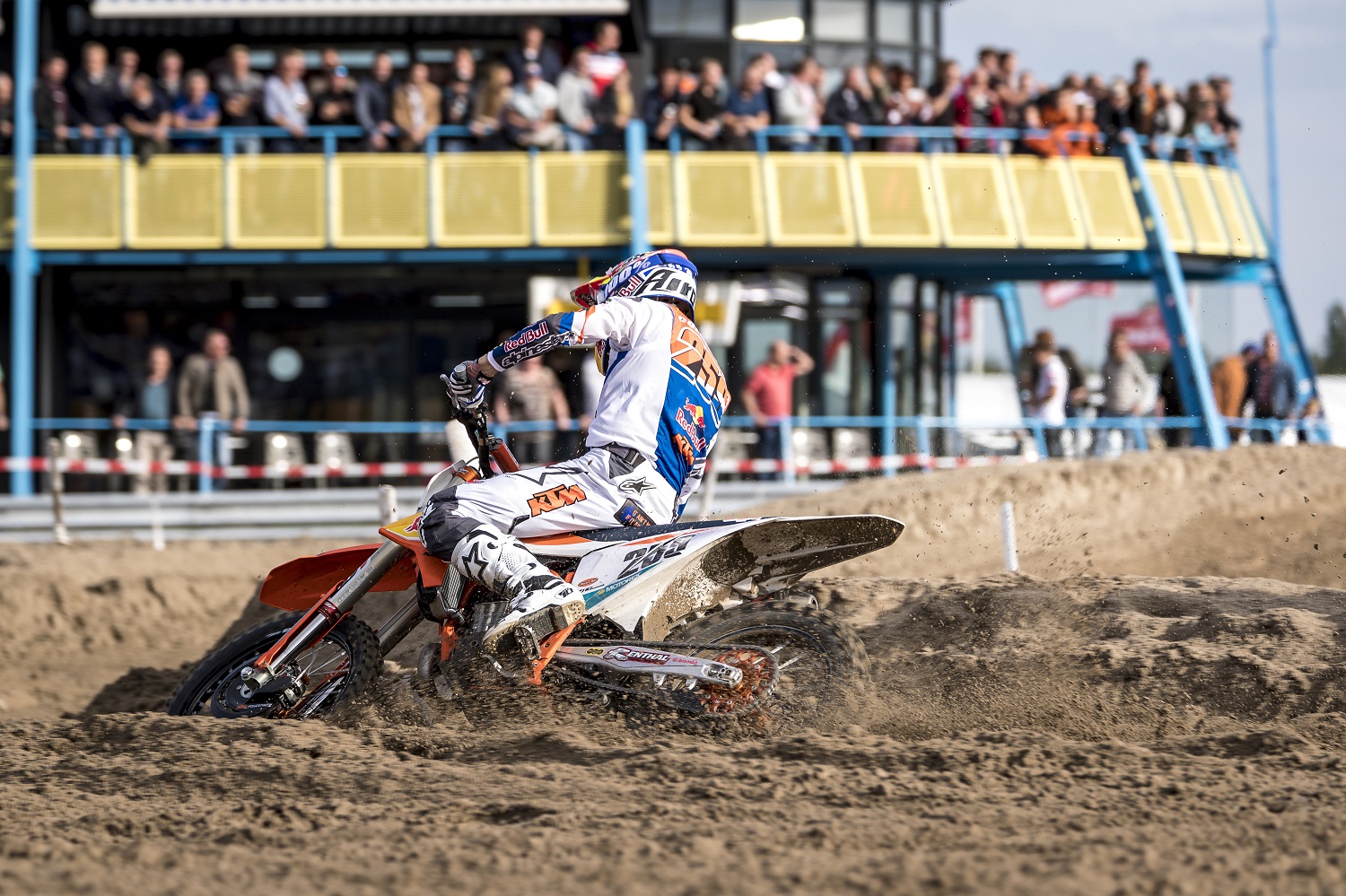 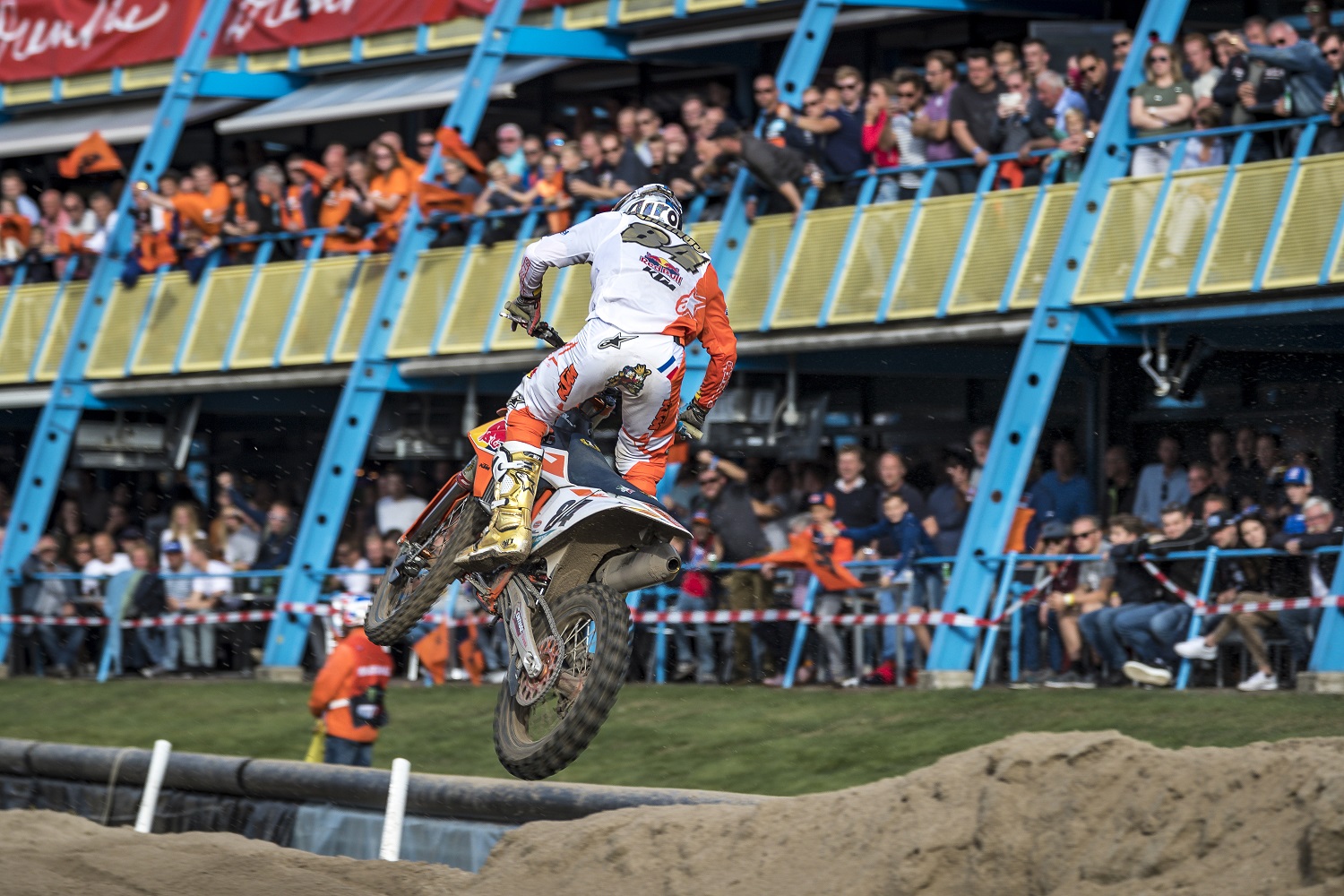 Controlling emotions
Though both Coldenhoff and Herlings mine mostly positive energy from the home races, it in no way guarantees good results in front of the home crowd. Sports psychologist Afke van de Wouw has been working with individual athletes and professional teams for years, giving her a clear picture of high level sports, and where and how the mental aspect comes into play. To find out if there is such a thing as home advantage, Van de Wouw feels it is important not to overlook context. She believes it’s essential to look at the big picture. “It’s not uncommon to look at the mental and physical aspects separately, but that’s where things go tend to go amiss,” Van de Wouw says. “To be able to control your emotions, you need energy. When the body fatigues, it directly affects the ability to keep your feelings in check.” To make things even more complicated, you’re going to have to take into account how the athlete deals with certain given situations. In short; how does an MXGP rider channel the pressure put on by racing in front of a home crowd? “You have to look not so much at the results, but the way things are done to come to said results. I always like using the penalty in soccer scenario for this. Research has shown that a team captain – not rarely an older, more experienced player – is far more likely to miss than a younger player encountering the same stressful game situation. You would think the experienced team captain has seen it all, giving him the edge; he knows exactly what he has to do to make it work. Home advantage falls in the same category. It can boost your confidence, but certain athletes don’t handle the pressure too well, with negative thoughts spiraling out of control as a result. They start thinking about how all eyes are on them, each and every person trackside spurring them on – expecting them to do well. It really depends on the athlete’s mental strength to work with or around the challenges of the given situation.”

Mental resilience
Glenn Coldenhoff knows all about it. A home race might just be a nightmare for an athlete. Last year Coldenhoff hit a rough patch in race two on the artificial Assen track, but he wasn’t going to let it get to him. “I had managed to secure podium positions in Assen the two years before, so I arrived at the track full of confidence. You do put pressure on yourself, urging yourself on to do well, knowing you can do well, too. The second heat didn’t work out, at all. I crashed, sending my bike into one of the VIP hospitalities. At any other track that would’ve been the end of it; I probably would’ve left my bike trackside right then and there. I was in some serious pain, but I felt like I had to fight through it, for the fans that had come to see some good racing. Fans we’re going crazy, even though I was dead last. Won’t say I wasn’t disappointed, but my mind the only thing left to do was to carry on.”

Every athlete possesses mental resilience; the ability to bounce back. Sports psychologist Van de Wouw says about 40% of that is genetic. “The genetic building blocks you get from your father and mother make up a certain physique and character. Are you a glass half full or half empty kind of person? That outlook is pretty much predetermined, but there’s some gains to be made with training.”

Most athletes focus their training on physical strength and stamina, but there’s more to be gained with the use of psychology. Van de Wouw: “Trial and error teaches you to deal with the mental side of high level sportsmanship, but that is just the tip of the iceberg. Most athletes tend to ignore that side of their training for far too long. A trainer that supports and instructs them on how to become stronger physically and technically; every single athlete has at least one of those. Only when they start to suffer mentally, they turn to psychology.” 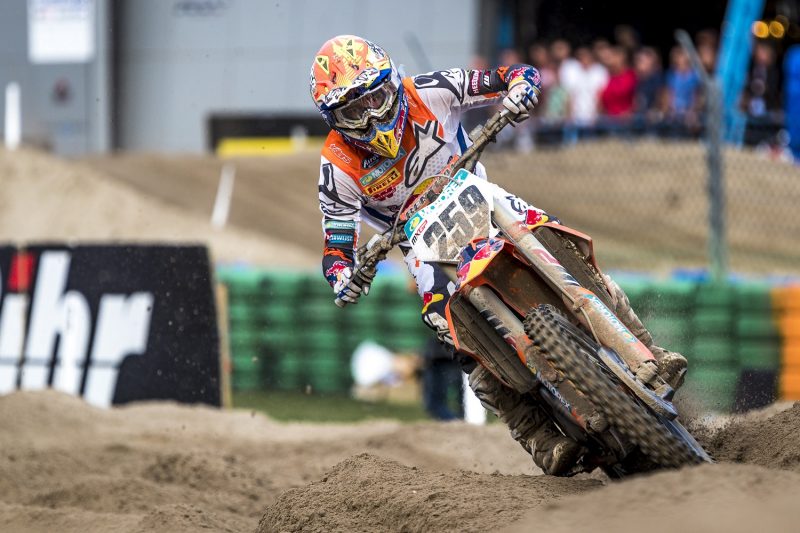 Home crowd success
It isn’t until an athlete hits rock bottom psychologically, when they knock on the door of a sports psychologist. “I ask tons of athletes the same question; what percentage of your performance boils down to the psychological factors in play? Most of them feel it’s well over fifty percent, but when asked how much of their time spent training is focused on training mental skills, most of them admit it’s near zero. It’s the weirdest thing, because they are aware of the importance of being focused and dealing with adversity, but they don’t seem to know that mental skills are just as trainable as physical skills.”

The same goes for home races. It is far from a given that an athlete would perform better at a game, match, or race in their home country. “Nerves might be a part of it, potentially blocking the rider – keeping him from performing at his best. Everything might go exactly to plan during training, but when the time for the actual race comes, the results don’t show. It is often the pressure of feeling obliged to do well in front of your own audience that wreaks havoc on a rider’s chances to actually get the results he set out to obtain.”

By applying the right methods an athlete can develop his mental resilience. Sports psychologist Afke van de Wouw thinks it’s of the utmost importance personal trainers and coaches expand their own skillset to further develop their trainees’ mental strength. “I schedule regular talks with individual athletes, but I’m not around constantly. A trainer or coach is capable of influencing the athlete a lot more. When said trainer constantly underlines where things are going amiss, the rider might develop a negative self-image. How a training schedule is set up plays a big part in this. Take small steps, set small goals. That way you’re approaching training from a positive point of view, because even though the successes itself are smaller, they are more frequent. That positive approach boosts confidence, allowing the athlete to build his performance from there.” 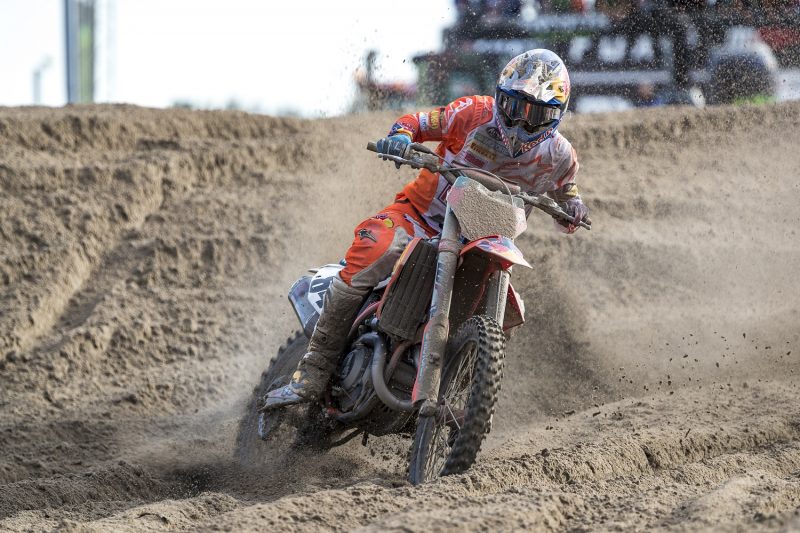 Positive effect
Strangely enough, the advantage gained from a home race can also affect an adversary. Coldenhoff – in this case being the aforementioned adversary – knows exactly how that works. “Say, you’re racing in France, chasing down a French rider. He’ll be cheered on by his home crowd, which in turn spurs me on to show I’m not affected by him racing at home; I’ll be more driven to pass him.” It’s just one example of psychological warfare coming from the stands. Obviously, riders are constantly trying to get into their opponents’ heads, too, but on occasion that can seriously backfire. Van de Wouw: “Olympic swimming champion Inge de Bruijn once told about an opponent who tried to break her mentally by spitting in De Bruijn’s lane just before they were about to be sent off. Having something like that happen to you, can rattle an athlete. In Inge’s case it gave her an edge, converting the negative energy to teach her opponent who’s boss.”

The positive outcomes of a home race will also come into play at the oncoming MX of Nations. Though you hardly get the chance to race in front of your home crowd at the yearly MX of Nations, it does have a same sort of vibe around it this time; for Coldenhoff and Herlings it might as well be a home Grand Prix. “I really feel that strongly, because I really feel Dutch. So, it’s an enormous honor to represent my country. That gives me something extra, like a home race would,” Herlings underlines. Coldenhoff shares the same special feeling, going into the annual MX of Nations races. “Those races are something else, something I really enjoy being a part of, being allowed to represent the colors of my home country. Especially since our team has been very strong over the past years, we’ve seen a rise in excitement among Dutch MX fans.”

The Dutch team is yet to get their name on the victor’s trophy at the MX of Nations, but 2019 might be the year the Dutch team can put their home advantage to good use. Next year will see the MX of Nations run at the artificial track at the Assen TT circuit. Coldenhoff: “It’s a wonderful chance for us, having the MX of Nations at home. Winning is in the cards anyway, but at Assen we’ll have an edge over the other countries. But still, even when you get to race an event as big as that in front of your home crowd, you’re still going to have to make it work. You get no guarantees in this sport; you don’t ‘just’ win the MX of Nations. One small error and you’re on the back foot. From there it gets neigh on impossible to secure a place on the top step of the rostrum. In any case, we have all the right parts in our team to secure the first Dutch MX of Nations victory, on home soil.” 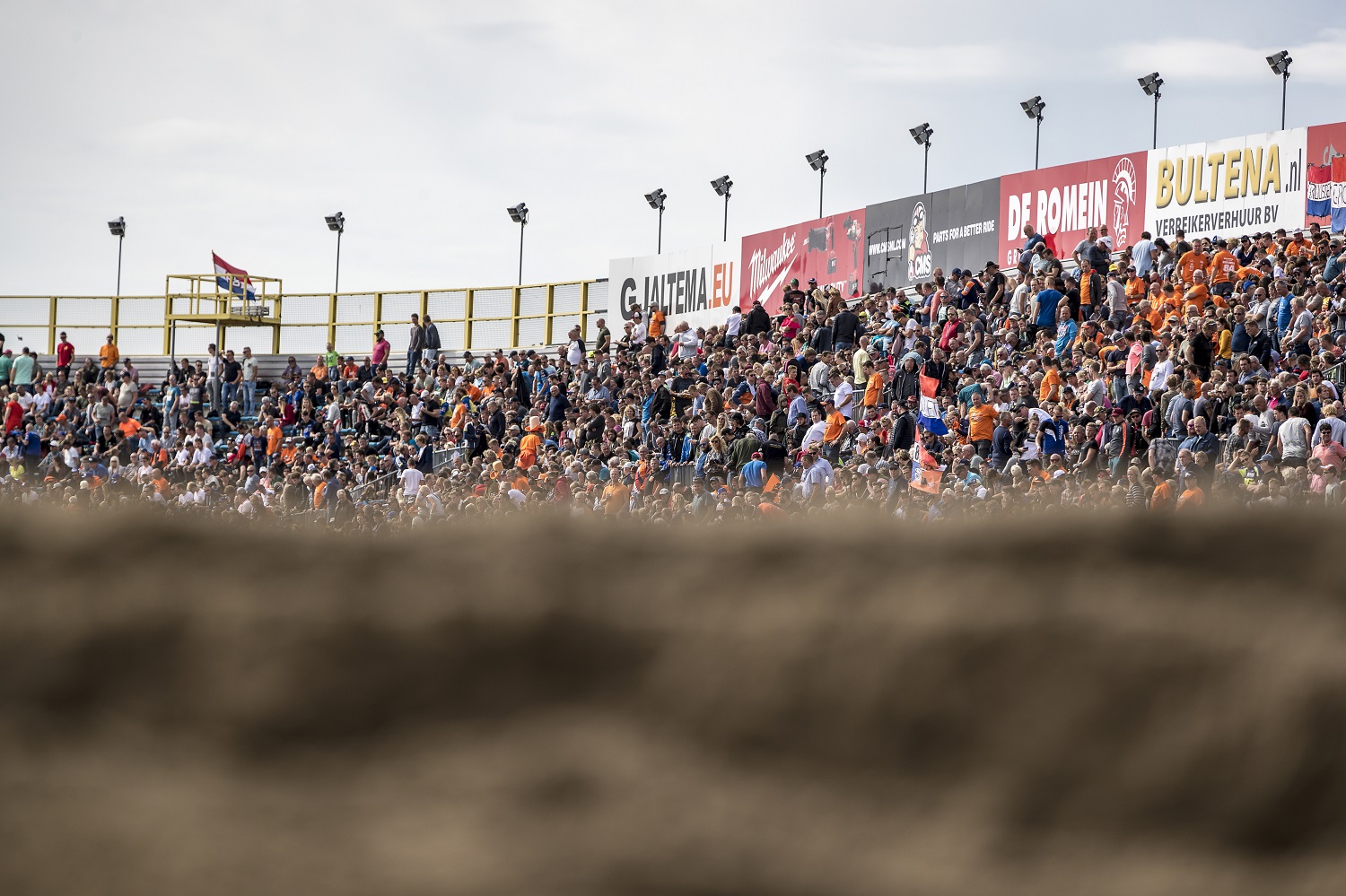 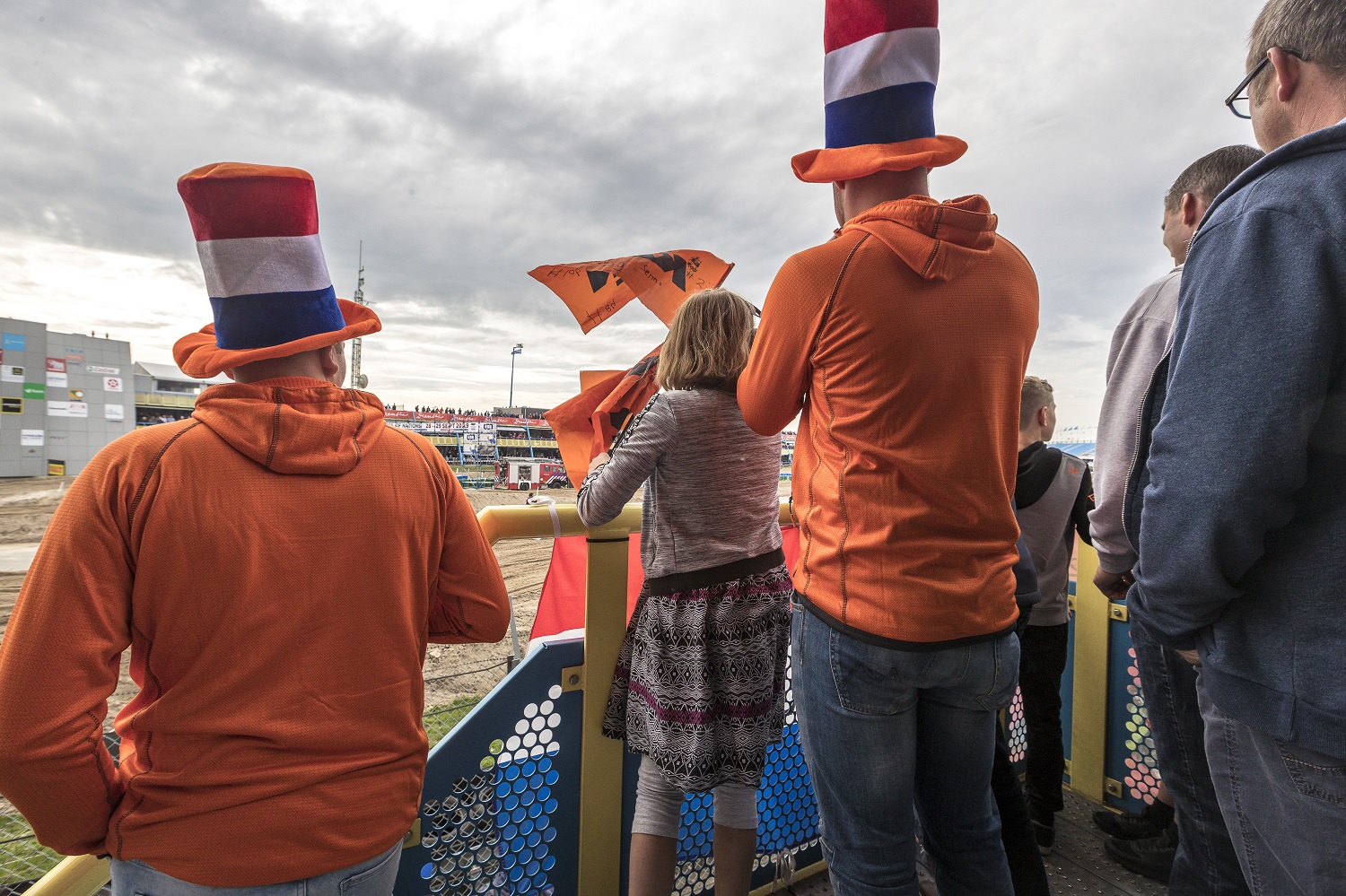 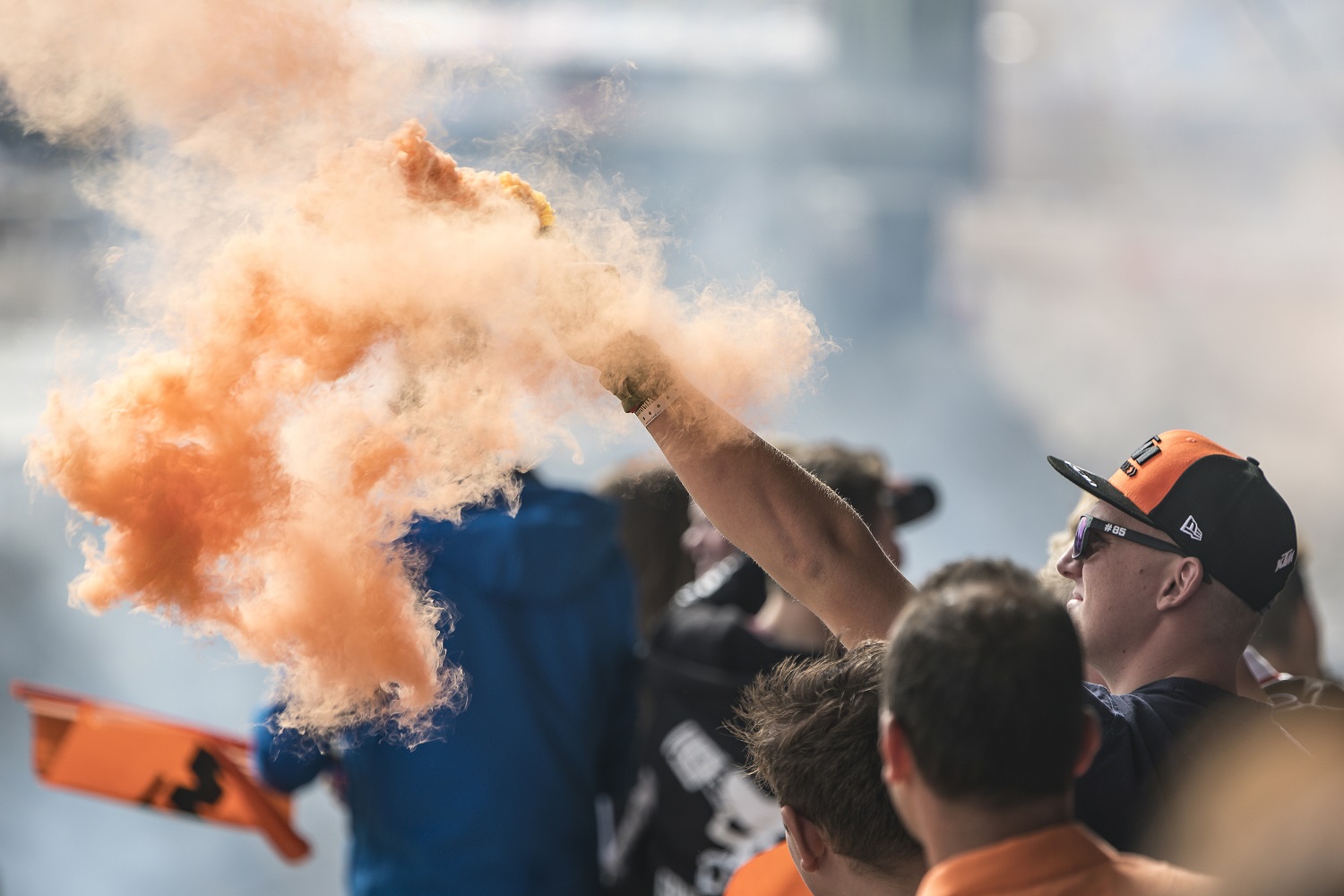