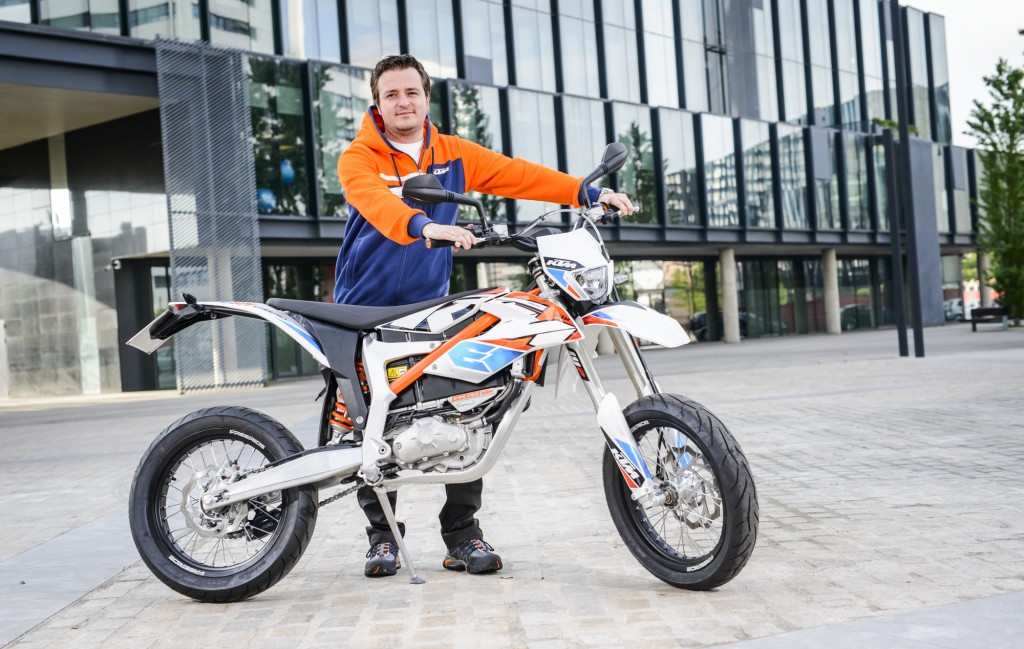 Interview of the Month: Arno Ebner about KTM FREERIDE E-SM

Posted in Bikes, Interview of the month, Riding

This week KTM launched the FREERIDE E-SM in Barcelona, Spain and we took a few minutes to talk to Arno Ebner, KTM R&D project leader for E-mobility, about the bike, designing an electric motorcycle and the future! 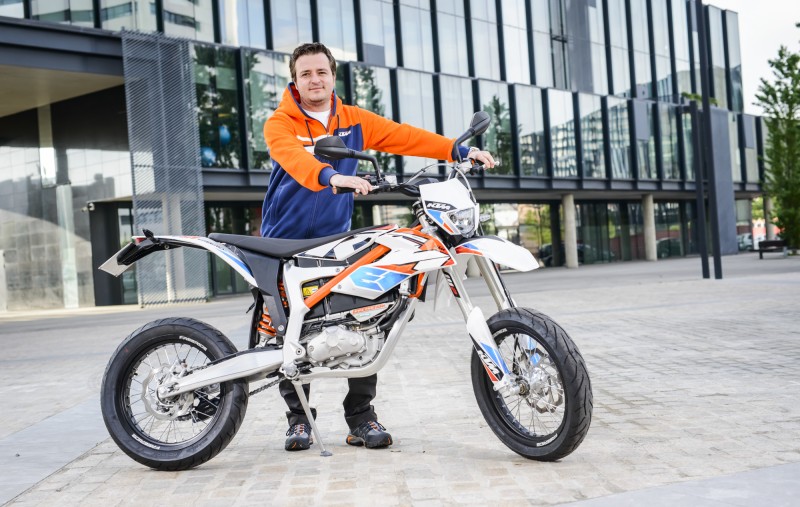 What is the bike like to ride?
“The bike is really easy to handle. Many people already know from the FREERIDE E-XC and E-SX that you can sit up, open the throttle and ride without any clutching, shifting through the gears or so on. In the city center this ease of riding is really nice, as it’s like riding a scooter, but without any noise. You have this impressive torque from the bottom up, which makes it really fun.”

Where do you start in designing an electric motorcycle?
“Of course for KTM the power is important, and we have certain requirements for the performance of any motorcycle produced by KTM. The motor speed, dimension constraints and the entire package has to be considered when creating an electric motor. The distance the bike can travel is an important point for an electric vehicle, as it’s a balance between rideability and range, along with the weight. The battery is of course a certain weight per kilowatt-hour, so we have to find a good solution for all of these considerations, plus the added element of one major point – the cost, when designing a motorcycle like this. Battery cells are very expensive, so at present it isn’t possible to create a 20kwh battery.”

How quickly do you think we will see the E-motorcycles from KTM evolve?
“We have tested already within our R&D laboratory battery cells of almost 50% above the current cells available in mass production and on the market. We think these cells will be in mass production in two and a half to three years, and the cells have a better capacity, along with lower impedance, which means there are less losses in the battery, and better performance at colder temperatures – something that can be a difficulty with E-mobility. We are currently testing to see if the cells are safe, and whether the cost element is acceptable for a motorcycle.” 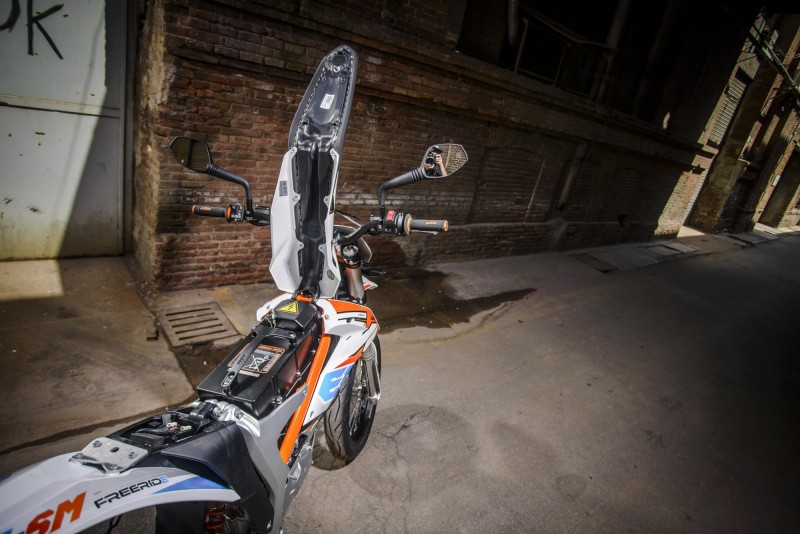 How did you get into working in E-mobility? What is your background?
“I have a masters degree in electrical engineering. I started in 2004 in a research company in Vienna where we specialized in E-mobility, electric drive and battery technology. We started the first project with KTM in 2007 where we helped develop the prototype for an electric KTM offroad motorcycle, and then I joined KTM in 2010 for the development of the FREERIDE E.”

How does it feel when you see these bikes being ridden by journalists and available in the market?
“It’s a really good feeling because we worked extremely hard in the last five years. Not just the R&D department, but many other divisions in KTM, especially customer service, as this was a completely new challenge for us. It’s really nice we are now in mass production with this bike and we can see that our work is successful and worthwhile. Usually the journalists and test riders come back with a big smile after their test ride!“

42 Responses to Interview of the Month: Arno Ebner about KTM FREERIDE E-SM