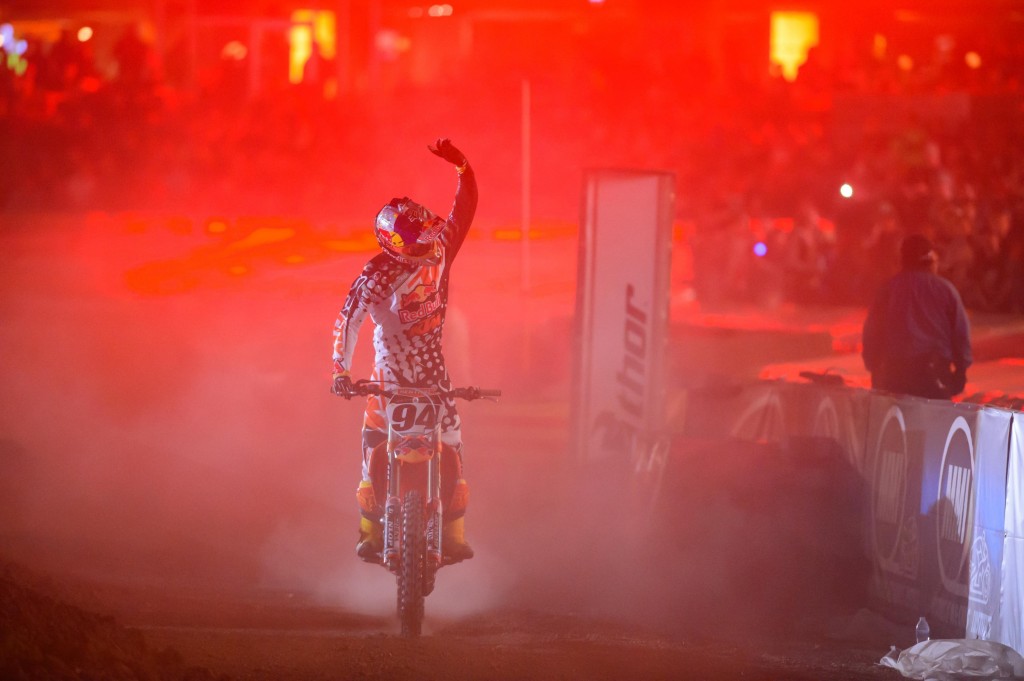 The Red Bull KTM star chats exclusive about his new training focus and his role as the fantastic, fresh rookie star in the AMA premier class as Supercross prepares to leave California and head off around the United States after round six of seventeen in San Diego this weekend.

For those of us who saw Ken Roczen’s Grand Prix debut as a skinny fifteen year old in 2009 in Portugal it was not hard to imagine that here was a rider who would make a very special impact in the off-road racing world. Now almost 20 (his birthday is in April) Roczen has already won an FIM MX World Championship, a 250SX Supercross title, fought for an AMA Outdoor crown and gained other notable plaudits such as victory at his home Grand Prix and four years unbeaten as the best MX2 rider at the mammoth Motocross of Nations. At the beginning of January another milestone was reached as he claimed the top step at the prestigious AMA season opener at Anaheim; his first race on the KTM 450SX-F and as a rookie full-time in the class. 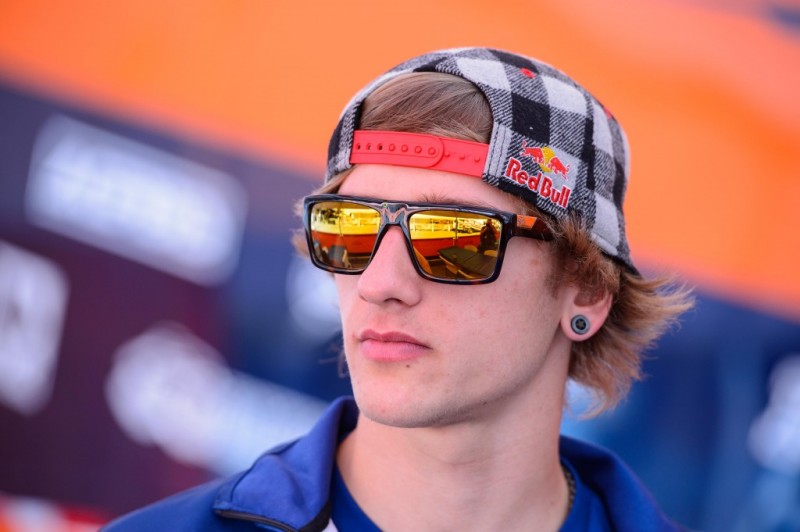 Roczen’s skill is matched by a firm desire to succeed and for the 2014 campaign – which will be his longest with 17 supercross events and 12 AMA motocross nationals along with a likely Nations slot at the end of September – the German enlisted the privileged help of South African trainer Aldon Baker; mentor to three times champion Ryan Villopoto.

At Anaheim Roczen is clearly in demand. With all of those supercross events occurring in frenetic eighteen week period there is barely time to race, recuperate, train, test and travel to the next one. Nevermind accommodate the requests of sponsors and media. Nevertheless ‘94’ was free for a brief amount of time before getting ready for practice, so we grabbed him for an updated perspective on life. 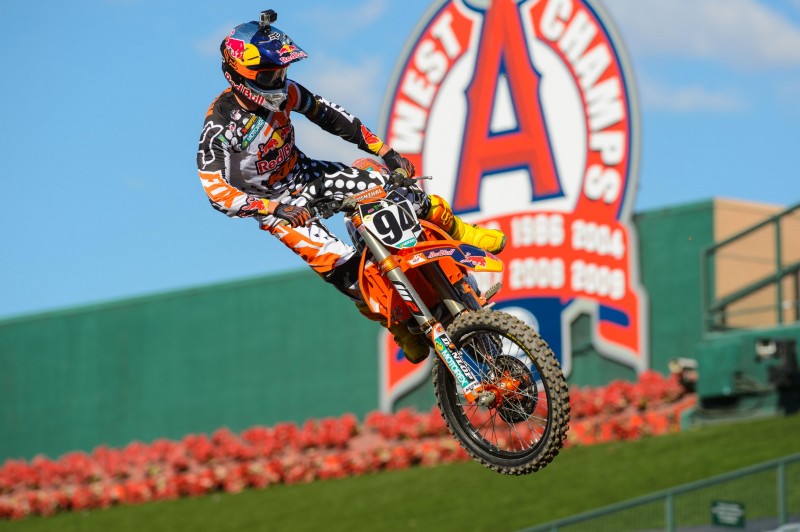 Ken, moving to work with Aldon meant a shift in your professional and personal life (moving from California to Florida) so were you slightly worried about that initially?
“I wasn’t worried at all. When I was in the GPs I put in a lot of work, but since I came to the U.S. it hadn’t really been the same I have to say. The biggest thing was that I had been doing it together with my Dad. There was a period of a few months where we didn’t talk at all after he knew I would be going with Aldon. It was not his fault (the change of direction). I just needed new motivation. I had been struggling with the bike in the last couple of years and I didn’t have 100% belief. I know what it feels like to put in hard work and we definitely did that. I wanted it.”

Did you get any time at home in Germany after the Motocross of Nations and before you started the Aldon regime?
“I was in Germany for maybe a week after the Nations and that was it. We then had to fly to Spain for a Red Bull and KTM event for a couple of days and then I went straight back to Florida. There was not a lot of time to be a couch potato and hang out. We had the last AMA National at Lake Elsinore in the summer and then there were four weeks before the Nations but you could not switch off. You had to be ‘still in it’. The end of 2013 wasn’t the best timing and not much time off.” 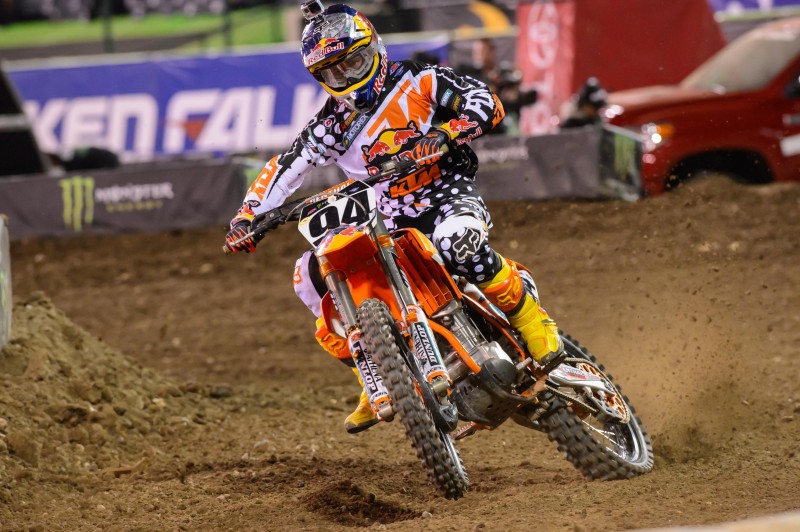 So was the training programme vastly different?
“It is not ‘night and day’. We had our own routine before that worked great in Europe and stuff. With Aldon it was a bit more but it was just how the day was set-up differently. Of course you put in a huge amount of work (with Baker) but then you have a few people around you that do it also. There were four of us in total and that made it easier.”

What about being on the east coast after being based in California since you left Europe in 2011?
“It was what I wanted anyway. I have a house now there and everything is dialled-in. It will be much easier that always flying between the coasts. There are a lot of races and my set-up now will change in terms of travel and energy. As I’m on the 450 I’m hoping it will make things easier.”

Looking at you and how the racing is going you seem more settled than ever…?
“I am. This is my home now. This is my third full year. I know everybody, and things like which grocery stores to visit. I made a big change and Mariah and I have been living together for a while now. It is a big step for an eighteen-nineteen year old living on the other side of the world by himself. She (Mariah) helps me out and my parents come to visit every once in a while. My Mum and sister will be out for my birthday. I’m really enjoying it. Things are good with my Dad now and we’re talking every day by Whats App and he keeps a close watch on what’s going on with my racing.” 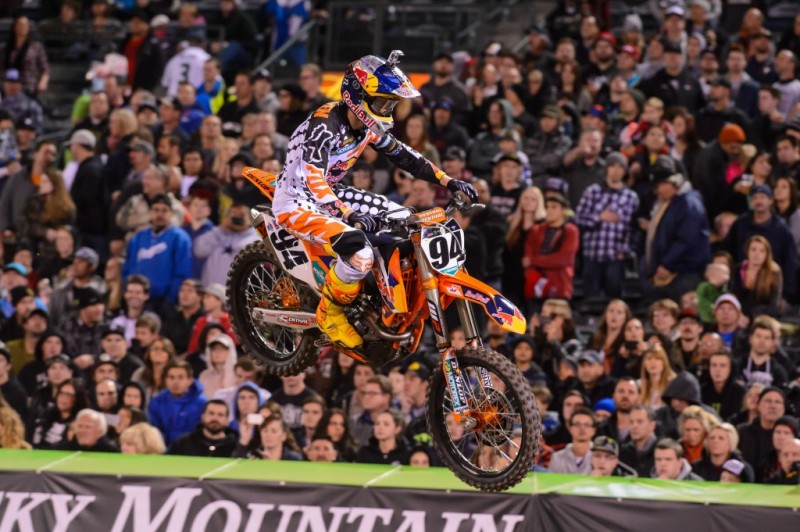 “It is a big step for an eighteen-nineteen year old living on the other side of the world by himself.”

You first rode the KTM 450 SX-F in the German GP (a wild-card outing) at the end of 2012. You looked like you enjoyed it but it was hard work for you…?
“The power on the 450 is amazing. It has a lot of torque. It is harder to ride because of that power and it is heavy. I was riding Dean’s KTM 250 SX-F the other day (250SX team-mate Dean Ferris) and I was bending the bars on that thing! I went really fast and hammered through the whoops without really thinking. Back then in Teutschenthal I had only ridden the 450 a couple of times and wasn’t really ‘one with it’ and now that is the case.”

Why not the 350?
“I kept telling myself ‘everybody else is riding the 450’ and you don’t know what will happen in the future and I didn’t want to be limited. I really like the 350 in general. For a small period of time going from 250s to riding the 350s on the east coast it was a whole different story because you can just hop on it and ‘go’ right away. Long term I think I am just better off on the 450.” 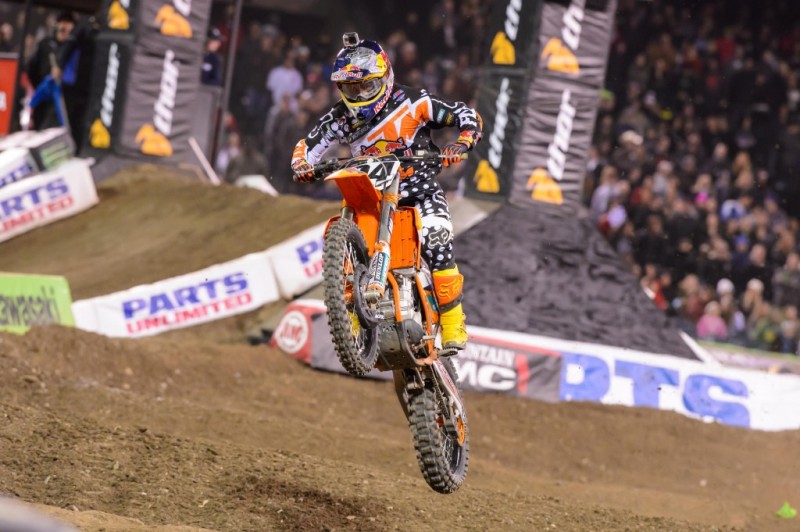 Did it take much work with your mechanic Kelly to get it right?
“No, not really. We’ve been testing and getting better and I adapt to bikes quite quickly anyway. I felt comfortable on it.”

Everybody has been asking about that fantastic win in Anaheim a few weeks ago, but what about afterwards? How was that aftermath? You’ve been a world championship leader. You’ve had all that pressure of a home GP. You won the West Coast title. What was the feeling like in comparison?
“I got a lot of attention after that. Literally, from the week before Anaheim to the week afterwards I gained something like 30,000 followers on Instagram. It was a crazy time. The attention level was getting higher and higher. I enjoyed myself the whole Sunday after that win but then it was ‘back to work’ on Monday. I’m not really the kind of guy who looks backwards too much. In Phoenix the next weekend my riding was good but I was taken-out by Barcia and wasn’t too stoked about that. Next we went to Anaheim 2 and that was great again. I wasn’t too comfortable on the track in Oakland. But overall it has been a really good start to the season and I am learning at every race I go to.”

“Literally, from the week before Anaheim to the week afterwards I gained something like 30,000 followers on Instagram. It was a crazy time. The attention level was getting higher and higher.”

30+ weekends of racing for you in 2014 is going to be big and new challenge…?
“It is definitely going to be about consistency and making it all the way through.  I want to get on the box as much as possible and if I can win again that would be great. The good thing is that the field is so strong right now that I feel that it is always going to get mixed up. I’ll keep giving my best and you have to be there every single weekend.” 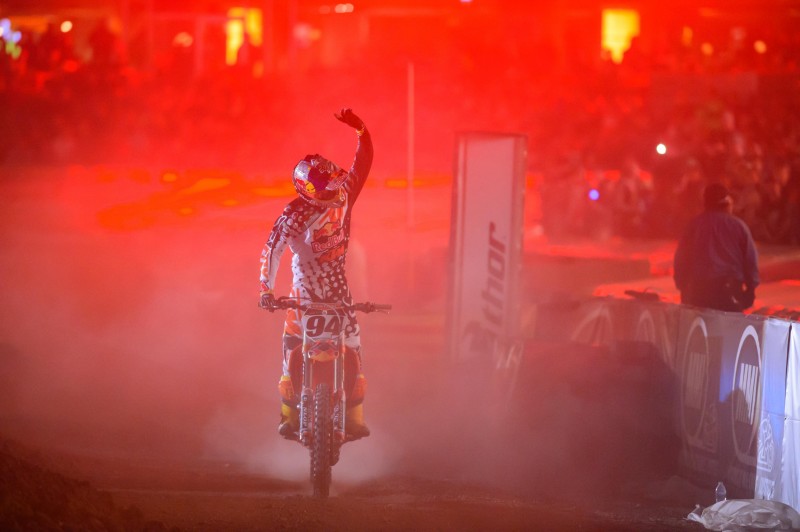