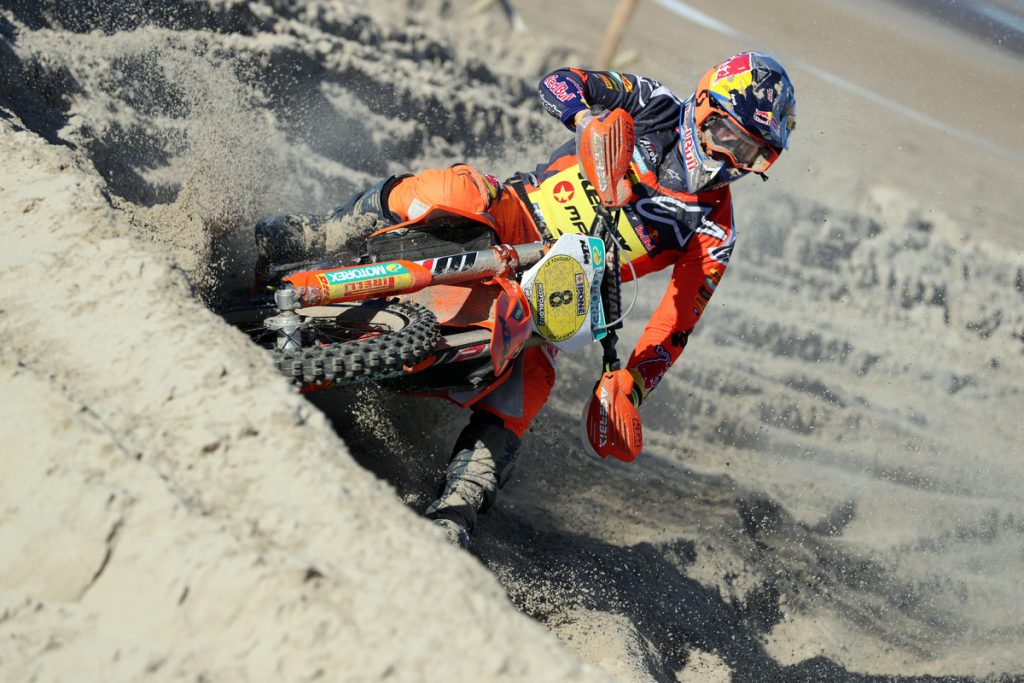 Winner of the French Beach Race Championship and third overall in the World Enduro Super Series, Nathan Watson has enjoyed a memorable 12 months of racing.

It’s been a busy, whirlwind 12 months for Red Bull KTM Factory Racing’s Nathan Watson. From classic enduro to beach racing, with hard enduro and cross-country in between, Watson has achieved standout performances in both the World Enduro Super Series and the French Beach Race Championship. Winning the iconic Le Touquet beach race recently gave the young Brit his biggest ever international victory. 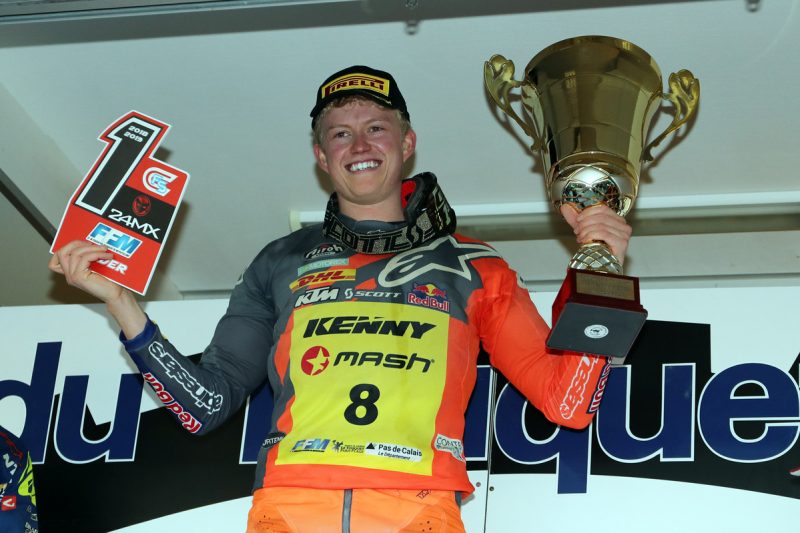 Contesting the inaugural WESS championship during 2018, Watson threw himself into a wide and varied mix of disciplines. Always delivering his best, he rode admirably in his debut appearances at Erzbergrodeo and Red Bull Romaniacs, while taking a podium result at the Hawkstone Park Cross-Country before winning the Red Bull Knock Out. His ‘never-say-die’ attitude saw him end his WESS campaign in a promising and impressive third overall.

With no time to dwell on his success, he quickly turned his attention to his first love of beach racing and the hotly contested French Beach Race Championship. From six rounds, the KTM rider proved himself an eventual worthy champion by winning an astonishing four races. His greatest moment came at the series’ finale – the grueling Enduropale du Touquet. A come-from-behind ride to victory saw the young Brit achieve a childhood dream as he etched his name onto the winner’s trophy at the world-famous race. 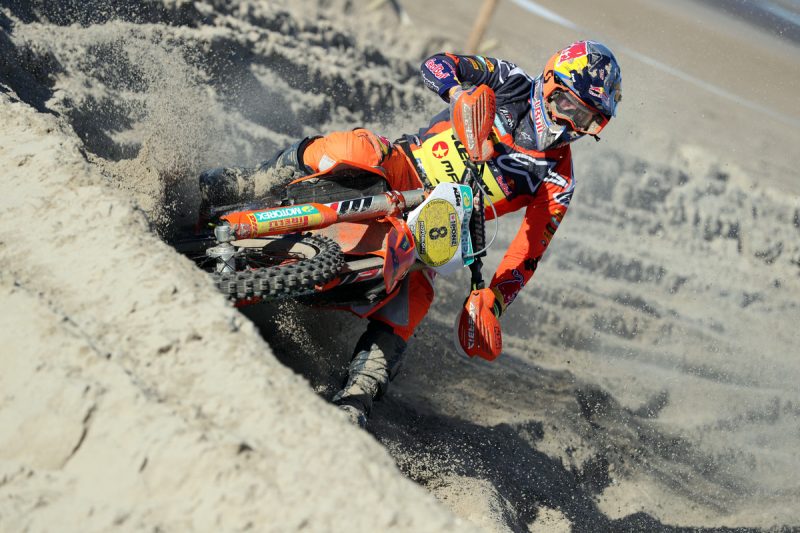 With his championship celebrations now over, the KTM BLOG spoke to Nathan about his recent accomplishments, what’s been a varied and challenging 12 months and the 2019 WESS season, which begins in May …

Congratulations Nathan on winning the Enduropale du Touquet. How does it feel to have won the world’s single most important beach race?
“It’s incredible to have won Le Touquet. It’s such an iconic race, that’s been running long before I was even born. I don’t think the enormity of the result has really sunk in yet. I’ve dreamed of winning this race since I was a child and followed it throughout my racing career, hoping one day I could be in this position I’m in now. To actually tick it off my bucket list is awesome – it’s a career highlight for sure.”

What makes the race itself so difficult to master?
“There’s so many factors that can go wrong in the race, which makes it so hard to win. For a start the volume of riders is insane. There’s over 1000 competitors out on track from all ability levels. The track itself is about 15 kilometers long. One half is flat out and the other is enormous sand whoops. When you factor that and dodging slower traffic for three hours, it becomes so physical and so risky at high speed. It’s really easy for something to go wrong and that’s what makes it so hard to get right on the day.”

Your Enduropale du Touquet victory also led to you winning the French Beach Race series. Did that result come by surprise?
“Arriving at Le Touquet I was third overall in the standings and 40 points behind leader Milko Potisek, so winning the title felt out of reach. But then this is a race where anything can and usually does happen, so I didn’t rule it out. However, when Milko and myself were racing for the win on the final two laps I was sure the title was his. However, after I crossed the finish line we began to notice that he hadn’t appeared. As other riders finished, suddenly winning the title was a possibility. It was kind of something we didn’t expect to happen, so it’s been great to wrap that up too. To win the championship with a victory at Le Touquet is a fantastic end to a brilliant season. I can’t thank KTM and the team enough for their support.” 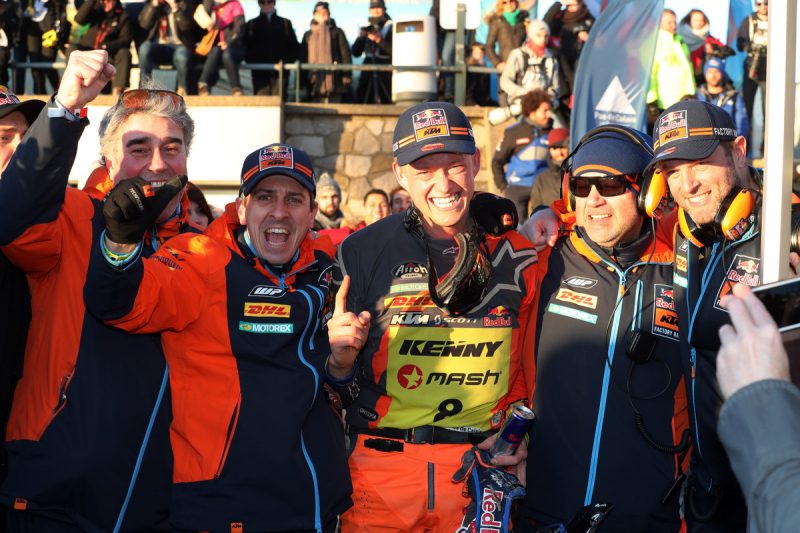 It’s been an incredible beach racing season for KTM by winning the championship, Enduropale du Touquet and of course the Red Bull Knock Out. What contributing factor has led to such dominance?
“Beach racing is very much a team effort. I don’t think people realize just how complex it is. There are so many factors to consider – the length of the course, the firmness of the sand, volume of riders and how all those things affect fuel consumption and pitstop strategy. I’m lucky to have a great crew behind me and in particular our team manager Tof Meyer, who’s so passionate about it. He was Antoine Meo’s old trainer and he stepped forward to take on management of the team when Antoine moved to rally. His wealth of knowledge about this sport is incredible. Nothing’s overlooked – even down to knowing which side of start line has the firmest sand, in order to get the best start. When you line up against 1000 riders, it’s the details like this which prove critical and a reason why, with Tof’s expertise, we’ve become the team to beat.”

How does the beach race setup of your KTM 450 SX-F differ from a motocross one?
“My beach racing KTM 450 SX-F is a special bike. It really only works best in a beach race and when riding above 80 per cent because the setup is so unique and stiff. We run a longer swingarm to increase the wheel base length and improve stability at such high speeds. The front forks are set below the top of the triple clamps to try and lengthen it that bit further, so it doesn’t do tight 180 degree turns. The suspension is harder and stiffer all round because there are only a few changes of direction on the track. Really, you want it to work best in a straight line over sand whoops. You need top-end speed for the main straight, but still need responsive power to negotiate the whoops. To get around that we run a six-speed enduro gearbox, but gearing is always a debate depending on how the course is laid out. Our sprocket ratio for Le Touquet was 13:50. I generally prefer to run a 50-tooth rear sprocket to suit the whoops but that can make the engine rev too high on the straight. I did lose out on top speed on the main straight but gained a lot on the whoops.” 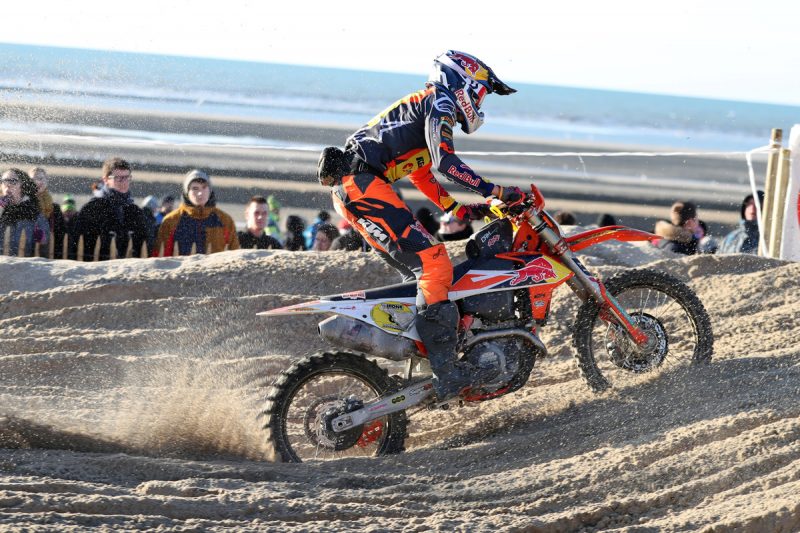 Looking forward to the upcoming World Enduro Super Series, what’s your thoughts on the season ahead having finished third overall in 2018?
“I like the mix of events on the calendar this year. It’s 50/50 between classic enduro and hard enduro, so it doesn’t necessarily favor one specific discipline. With a full year of WESS under my belt I have a better idea of what to expect for the hard enduro races too. They proved a huge learning curve to me last year and by having raced them I can now tailor my training and preparation to suit. I think that’s what took me most by surprise – the fact that each hard enduro race is so different. Classic enduro has a consistent format and routine regardless of event, whereas Erzbergrodeo is a four-hour race and Red Bull Romaniacs is five days.”

Are there any events that stand out to you the most and where you will aim to deliver you best results in?
“Outside of beach racing I’m a classic enduro rider at heart, so I will want to deliver my best in those races. Also, the Hawkstone Park Cross-Country is my home race. I was second there in 2018 and would really love to go one place better next September. I saw first hand just how important a win can be in the series. Winning Red Bull Knock Out lifted me up to third in the final championship standings, so I’ll be pushing hard to take a victory where I can. With four classic enduro races I know I have a very strong chance to improve on my result of third overall from last year.” 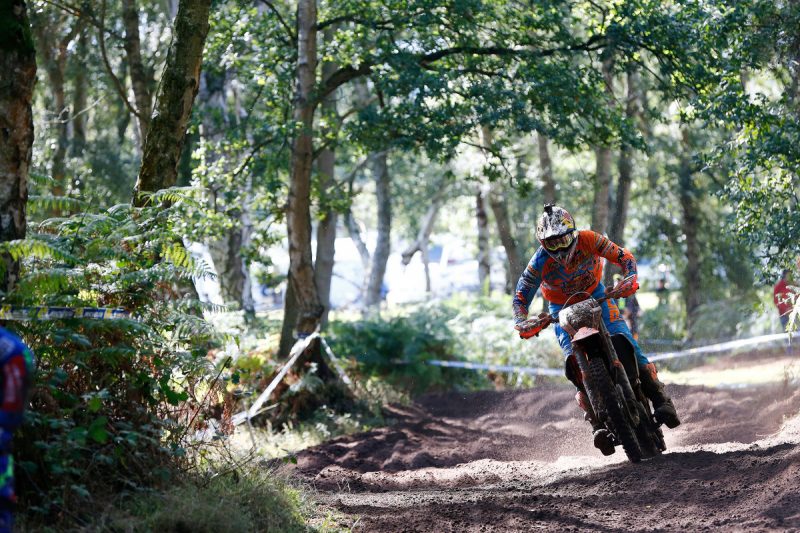 The 2019 World Enduro Super Series begins at Portugal’s Extreme XL Lagares on May 10-12.