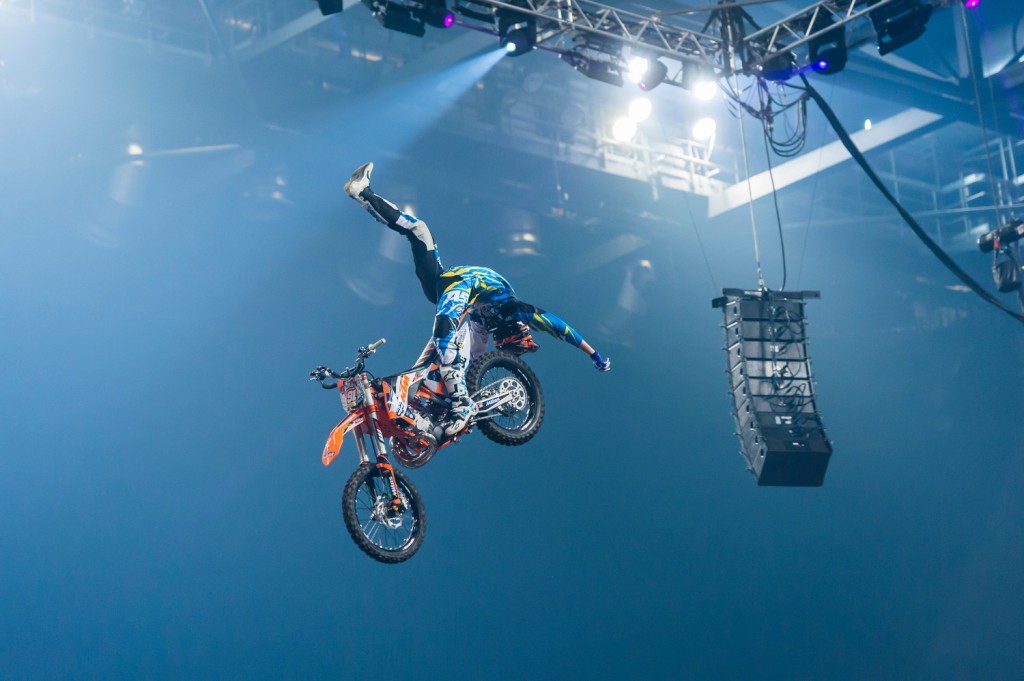 Interview of the Month: Petr Pilat about backflips, crashes and championships

The KTM BLOG talk to Freestyle star Petr Pilat about how he got into the sport, overcoming injuries and winning championships.

Petr Pilat is an extraordinary rider. A former Motocross racer turned Freestyle master, the 24-year-old Czech star has risen to the highest ranks. With an incredible year so far has been epitomized with the lows of a devastating practice crash to a competition return that saw him win the European Freestyle Motocross championship, we at the KTM BLOG wanted to catch up with the Czech-star. 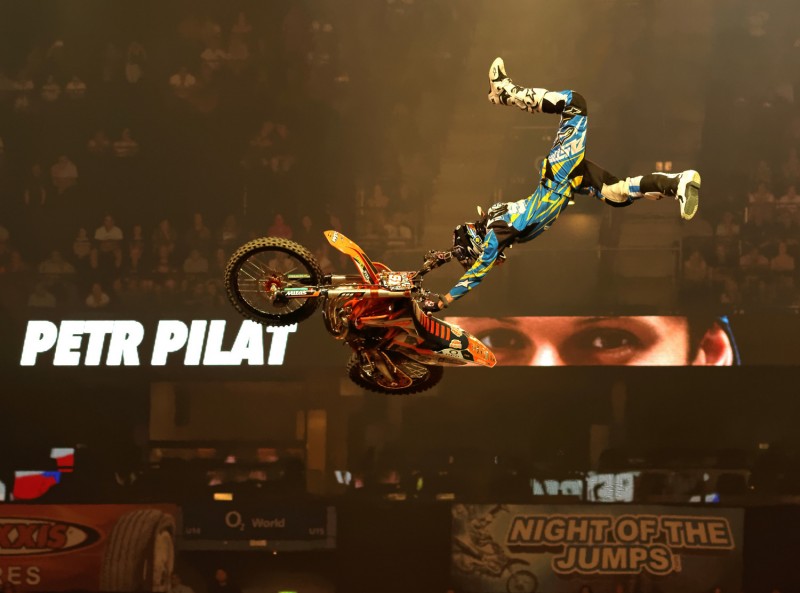 “This year started pretty well for me. In the first weekend in January I won at the European Championships, and I was consistently on the podium there. I was so motivated. I went to California for some winter practice, and I spent three weeks there where everything went pretty well. I came back, did a few contests and did the first World Championship event where I finished fourth, which was not brilliant but it was okay,” Pilat explained. 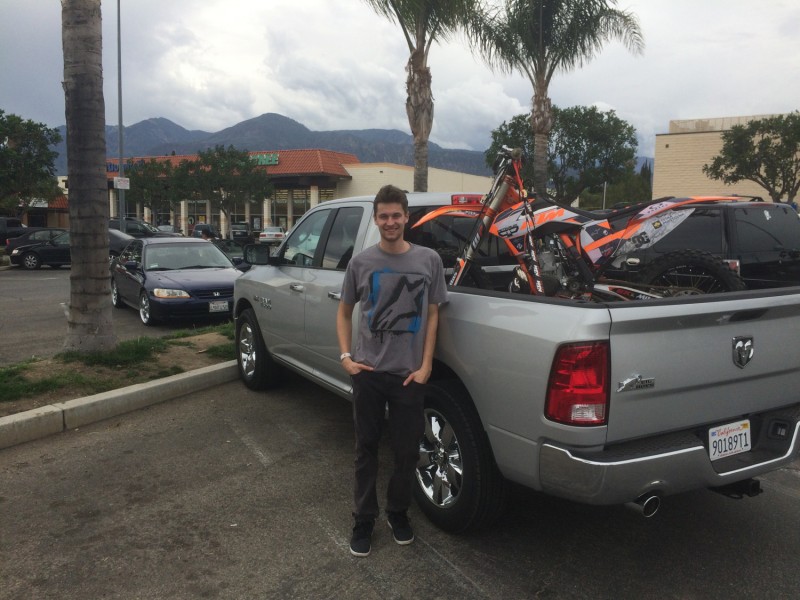 But despite a good, solid season start, Pilat learned a new trick he’d dreamt up and had never landed before. He executed it at his compound back in the Czech Republic and knew it would be a hit with the judges. In his perhaps over-excitement, Pilat decided a few practice jumps would finish off his day nicely to then leave for the next World Championship event in Poland, but unfortunately he never made it there.

“In these last few jumps I had a big crash in my practice compound, maybe because I wasn’t concentrating enough or because I was so happy with the new trick. I was unconscious for half an hour. I was airlifted to hospital where I was kept for two weeks and I had some pretty bad injuries – perhaps it’s better not to talk about that. I thought originally I would be out for the whole year, but I worked very hard; I was exercising after four or five weeks and just over a month later the doctors said I was healing good. I had many broken bones, but as soon as the doctor said I was okay I was straight out doing some Motocross.”

Pilat was second in the European Championship and started riding a few days before the final contest of the series. Undeterred despite not being 100% fit and without any real practice, the KTM rider decided to take on the challenge, as he was in with a shot of the title and unbelievably, this paid off as he won the championship, which was a special feat considering the year he’d had so far. “It was a very special feeling to win that championship somehow, after everything we had gone through. After that I started again doing my new trick in practice, and right now we have a little bit of a break in events. We continue in October time, so we have some time now to get properly ready. I missed many stops of the World Championship, and I’m around 12th which is not good.”

“Last weekend I had my show in my compound in the Czech Republic, and we celebrated ten years, which was pretty big. We had somewhere between six and seven thousand visitors; I was so surprised and after the finish I was almost crying. Everything is in my hands, I organized everything and it was so stressful. Right now I’m busy sending things to my sponsors, summer is here and I’m enjoying my practice,” continued the Czech-ace. 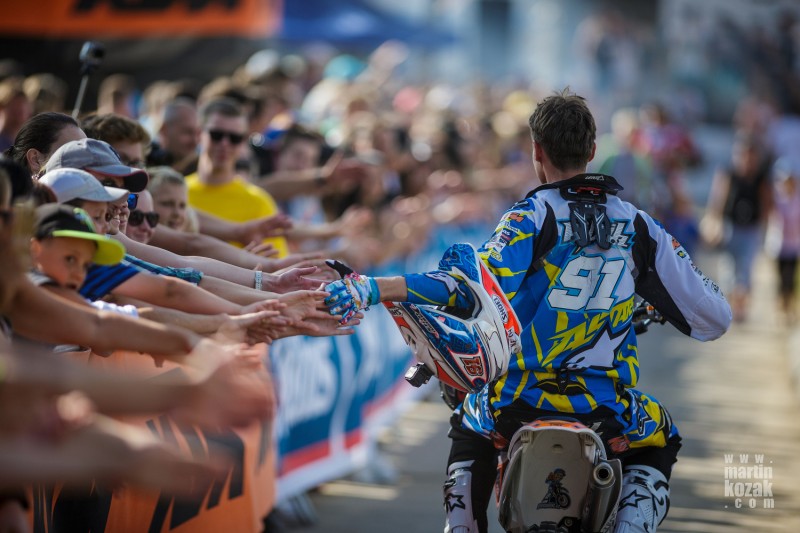 Pilat’s father was a Motocross and Enduro rider who always hoped Petr would take on the same passion. Starting off on a 50cc bike at the age of three, Petr loved riding straight away. He was a two-time Czech junior champion and in 2002 (aged eleven) was the Italian Motocross Champion, while also racing Supercross.

Then Czech Freestyle rider, Petr Kuchar, who was the grandfather of Freestyle in Petr’s home country, suggested he tried his freestyle ramp. Naturally Petr took up the opportunity, since he was already trying a few tricks in his celebratory finish line jumps at the Motocross races.

Aged 13 he had a bad crash in freestyle, leaving him close to death in a coma, and after his recovery he decided he needed to make the decision to do one discipline or the other. He continued doing tricks, and in 2005 he was the youngest person at that time to land a backflip, aged 14 and on a 125cc motorcycle, instead of the usual 250cc bikes usually used in FMX.

Within his busy schedule Pilat also visited the KTM headquarters recently in Mattighofen, Austria to try out the FREERIDE E. The Czech-ace took a bike home with him and has been spending some time riding this too.

When it comes to competition though, the bike actually remains very similar to stock in Freestyle, and Petr prefers the 2-stroke. He says his newly named trick the Captain Pilat Flip is his toughest yet, but backflip combinations are perhaps the most difficult and require a few changes with the bike.

“I’m still in love with the 2-stroke. I use the 250 SX with harder suspension, and then we also need a slightly lower seat to make more room and we cut the plastics a bit, but actually there’s not a lot we change. We add a steering damper, which is nothing really special, and we have the flip levers, which are used for some backflip combos. I love nice bikes, it’s important!” 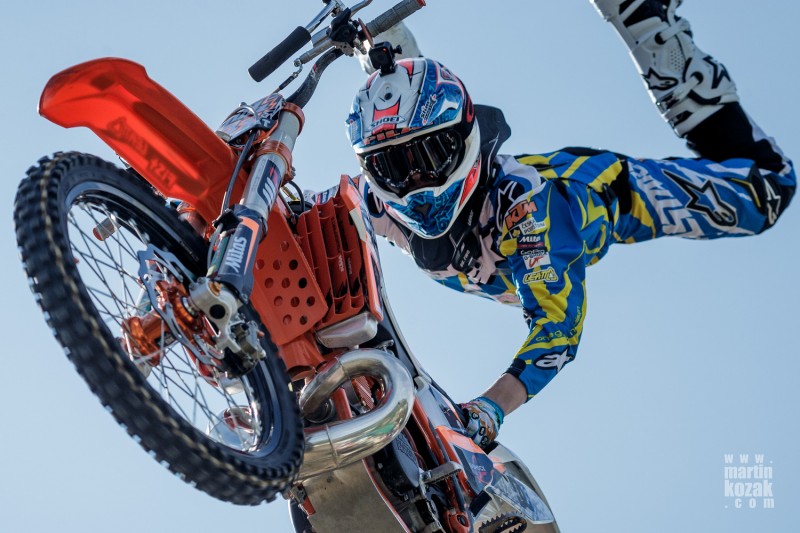 In recent months we’ve seen a triple backflip being executed by Josh Sheehan and it’s a wonder where Freestyle motocross will go in the future. Petr loves feeling free and only having to be able to do a few fundamentals like backflip combinations and whips, but being able to have an imagination for everything else. So much so, anything could be possible on a bike in the future.

“I have no answer about the future. In around 2001 or 2002 Carey Hart landed the first backflip and it was like ‘wow’ a backflip on a motorcycle. A few years later it was nearly possible to do all tricks within the backflip. Last month Josh Sheehan did a triple backflip, which is crazy! I can’t explain what we feel or what we might be able to do in the future. Actually right now in a few tricks it’s pretty risky, some of the tricks are crazy, but we will see what the future brings. For now I keep working and coming up with new things.” 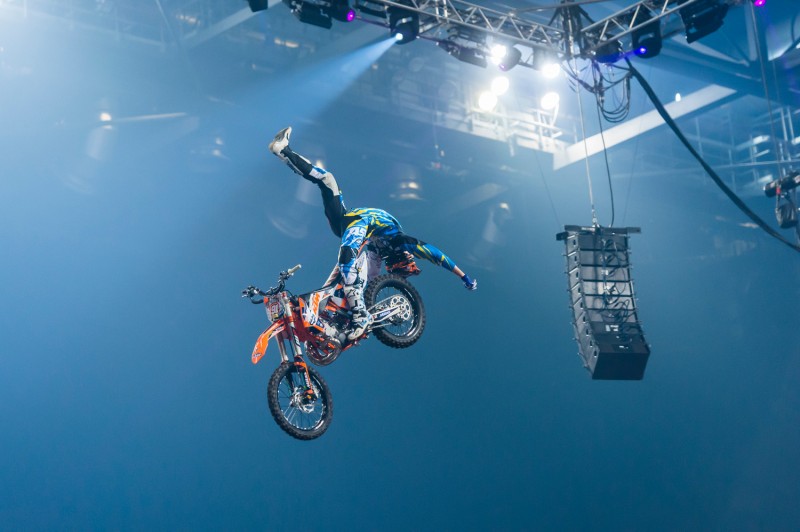 After a long career with KTM Petr has really set the bar high with what can be achieved in a relatively short career. He’s now one of the front gunners in regards to Freestyle motocross and has certainly continued with Kuchar’s legacy in the Czech Republic. We also suggested he might want to ride a few more street bikes, but he didn’t seem so keen!

“I started working with KTM in 2004, so it’s been ten years already. In KTM there’s some really nice guys and it’s pretty amazing. I’ve never had a bike problem, and I’m really happy and proud to be in the KTM team, as they help me so much.”

“I have a street license but I’m actually a little scared to ride on the street! But also I’m still pretty busy with Freestyle, so I don’t have a lot of time to ride other bikes. I have a 350 SX-F for riding Motocross and training, but in the end that’s it!”

72 Responses to Interview of the Month: Petr Pilat about backflips, crashes and championships