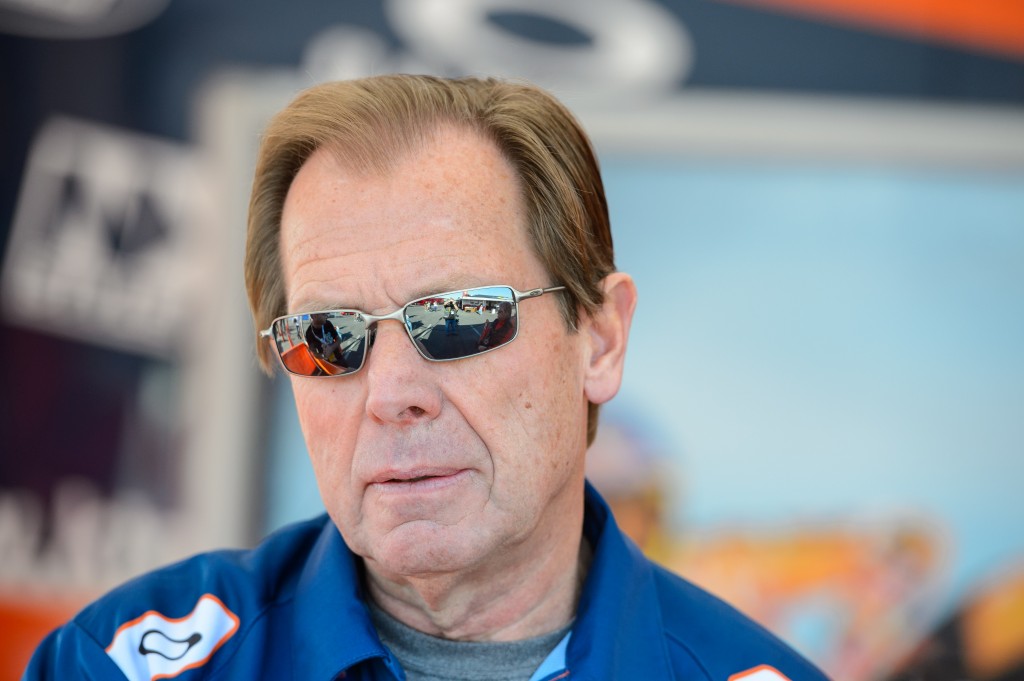 Interview of the Month: Roger De Coster – 5 minutes on 4 years at 70

There is little doubt on the positive effect that former world champion Roger De Coster has had on KTM North America since he was placed in a position of immense influence on the racing programme in 2011. 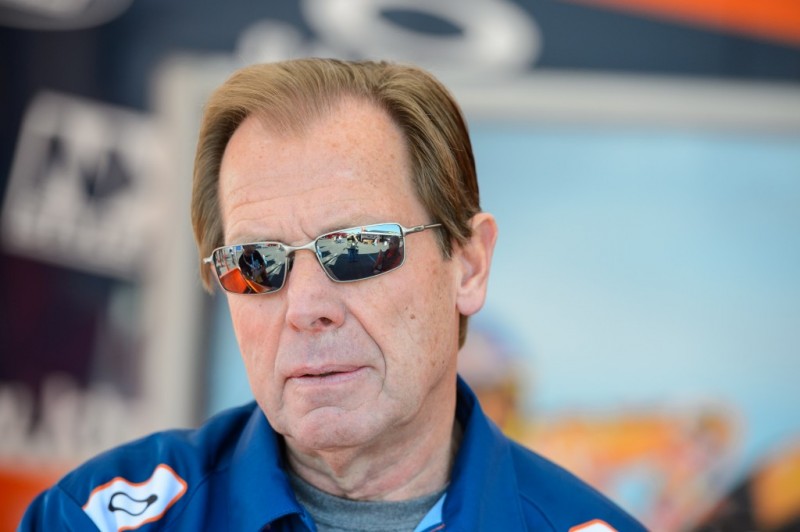 Thanks to a long and fruitful relationship with former protégé Ryan Dungey and his work developing Ken Roczen into a rider that could transform world championship winning form into Supercross and AMA National title spoils, KTM have become one of the powerhouses of the American racing paddock and notched milestone achievements such as first victories and crowns in the premier and 250 classes of Supercross and Motocross. Those are the visible and public achievements. Behind the scenes the factory Red Bull KTM Team have melded into a hard-working and tight-knit group that also supply engines, resources and support to other racing parties. In short De Coster and the staff at KTM North America in Murrieta/California have helped blossom the company to a status they have never previously enjoyed and the increased exposure has had subsequent results on sales and market share. 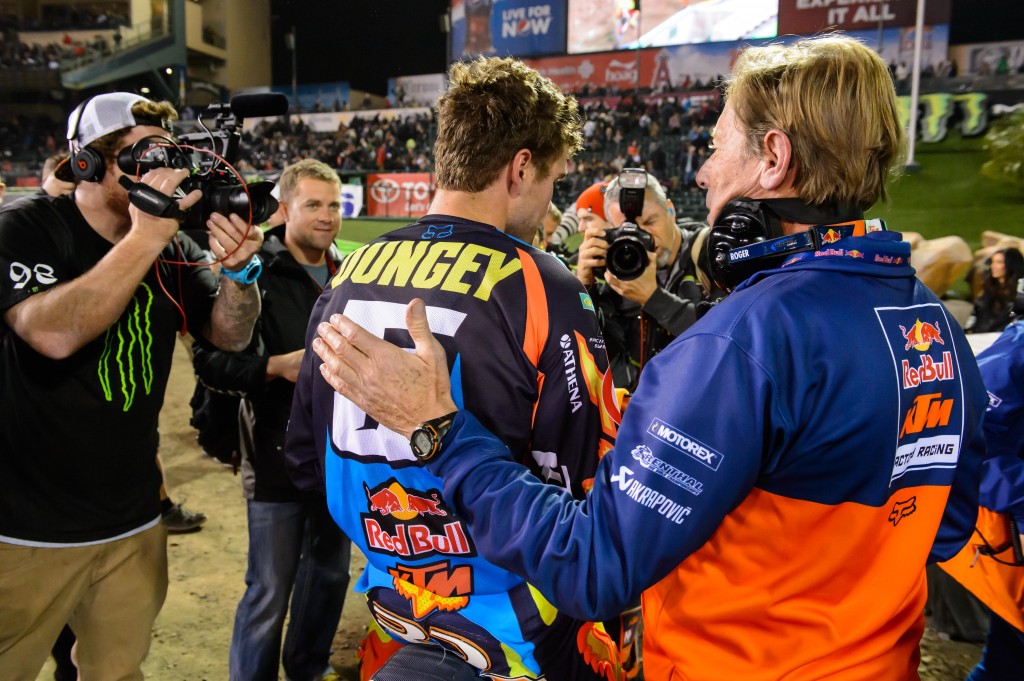 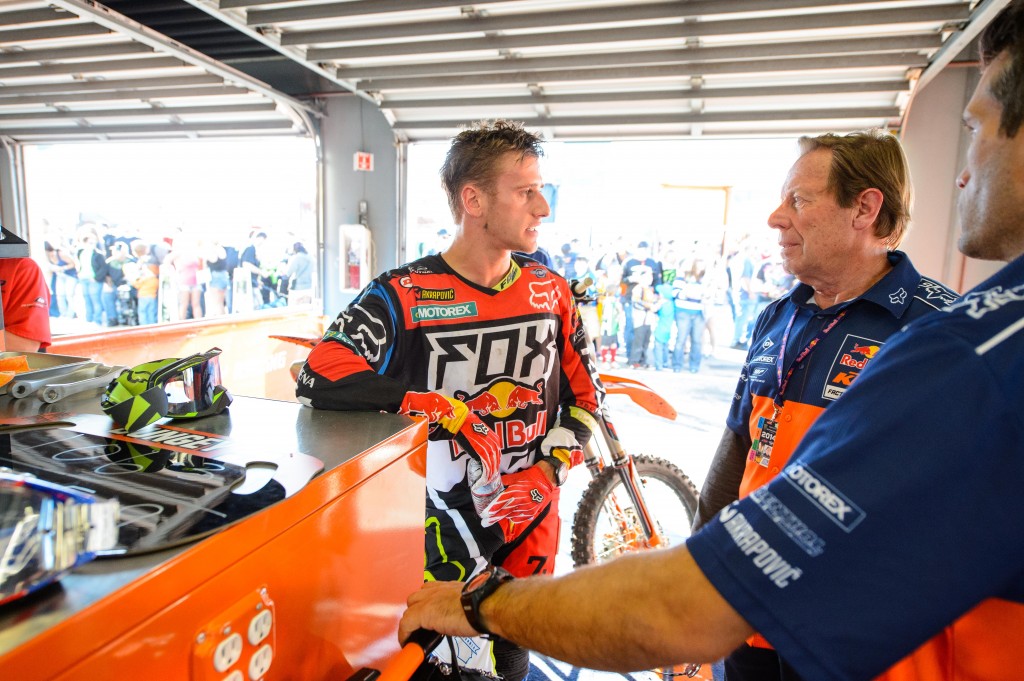 Through your time at Murrieta has your role evolved much? Have you found yourself focussing more on riders one season and then motorcycles the next? How has it been?
“It has not changed so much. At first of course we were all focussed on the bike and the riders but since I joined KTM there has been a lot of growth. There has not been six months in this period where things have stayed the same. We have been expanding and we saw developments with the Husqvarna brand also. I’ve been to the factory at Mattighofen and have seen many things (change). WP also. KTM seems to always be under construction somewhere! We have expanded our race shop in the U.S. and at the same time we have tried to keep focussing on the bike and helping our engineers. We have been pulling in the same direction and it has been really busy … but in a good way. It is building, it is progress and it has been good to work with KTM because there is always something coming and always new ideas. I feel that our time has been spent quite efficiently. It is not about just having meetings and meetings … we have also got things accomplished. I do think that we are maxed-out now and we cannot do more, and I think that applies for both Europe and the U.S. Equipment and what effects performance has always been my priority but a lot of other things have come along with this movement of growth and trying to be the best.”

“It is building, it is progress and it has been good to work with KTM because there is always something coming and always new ideas.”

Your role has been part of such a prosperous American episode for KTM …
“My job is mainly performance related. I’m lucky that we have good people in marketing and sales that do a good job with our results. They have used it as a positive tool to promote our image and get bikes out there. Sales in the U.S. has improved tremendously in the last four years and that’s awesome in a market where the total figure has not changed much and has been stagnant.”

You must have seen a change in reactions to the brand in your time in orange …
“Especially in the U.S. the perception of KTM over the last couple of years has changed a lot. Even I had a different opinion of what KTM was before I joined! I think they have changed quite a bit and I have to give a big thanks to the engineering side for what they have accomplished and for listening to our requests and recommendations. I believe it is difficult sometimes for the engineering department to accept criticism from the race team and many times they operate with restrictions that we have a hard time to accept. They have done a good job to try and accommodate us.” 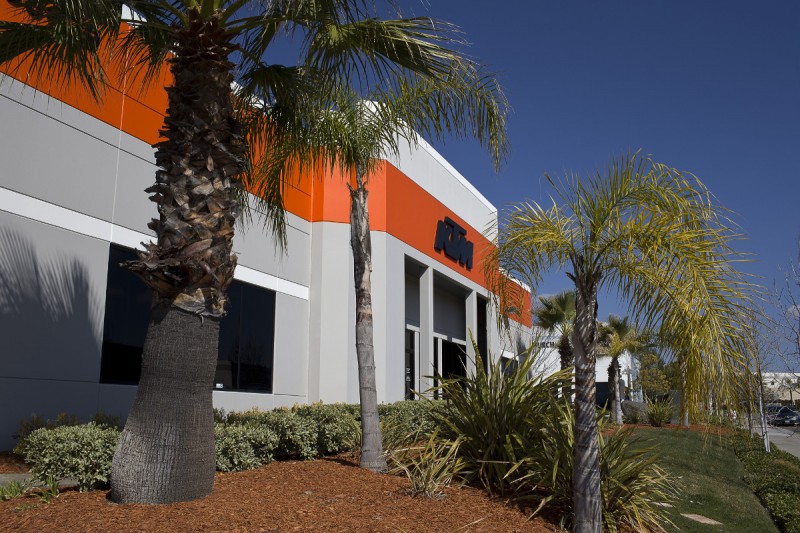 So you must be proud to have played a part in this change …
“I’m really happy and satisfied with the way things have gone. I’m proud but I’m not the only reason (it has happened) and there are many people involved; a really good crew on the U.S, side and a lot of people in Austria that have listened to us and met our demands. You can work hard but if you don’t get support and acceptance then it is very difficult to move forward and make progress quickly. I don’t remember such an improvement in such a short space of time and I have to give credit.”

KTM have always insisted that as a relatively small manufacturer they are able to react quickly, especially compared, to say, the Japanese …
“I feel thankful for what the Japanese have done for our sport and the motocross world and I know there was a lot of work involved in that. When I started with the Japanese I know they had a very different attitude to a lot of the European companies at the time and were much more open to criticism and that’s why they made such quick gains in the early ‘70s. They were willing to make changes. I feel that KTM in the last five years have taken that same attitude that the Japanese had; they are like the ‘new Japanese’!”

“I feel that KTM in the last five years have taken that same attitude that the Japanese had; they are like the ‘new Japanese’!”

Mr Pierer has said in an interview that he was proved wrong about the power of Supercross as a window of promotion and ultimately improved sales …
“Supercross is kinda like the MotoGP of offroad. It is where you get the credibility and where you race in front of 70,000 people. Our Outdoor series in the U.S. has become better and better also and Supercross has helped it because it reaches more people and those who come to see a race for the first time. The interest spreads, they have helped each other and we need both series.”

So you’ve won the AMA Pro National 450MX title again this year. What is next? Full focus on the Supercross Championship?
“The target is the same. We need to win the SX championship in the main class and continue to do as well as we have been in the outdoors. My goal is to win Supercross.” 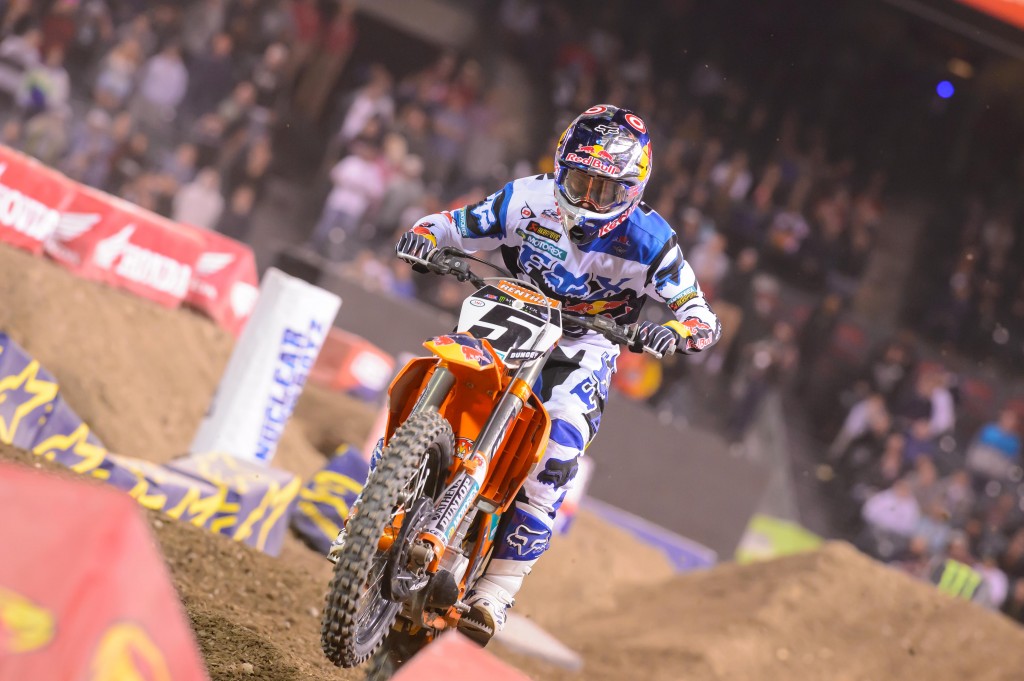 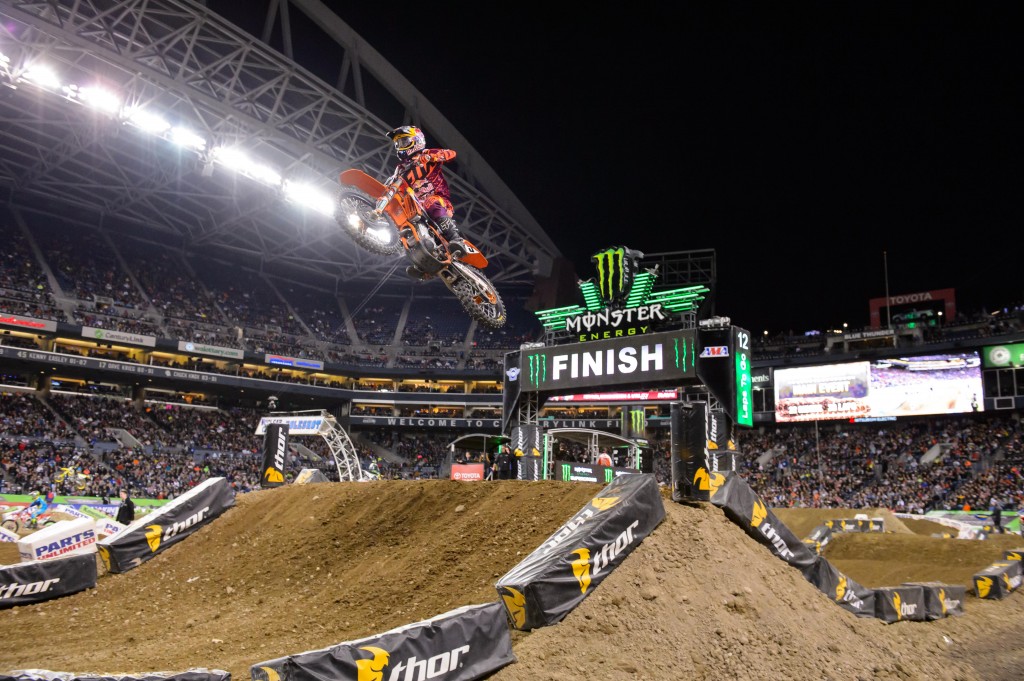 Lastly, what makes you happy to get in the car and go to work every day?
“I really enjoy working with young people that are motivated and want to win. They don’t look at their watch to see what time they will finish. I am really lucky to have put together a really good crew – I have the best one on the circuit – and I’m thankful also that a lot of people believe in what we do in Murrieta and Austria.”

“I am really lucky to have put together a really good crew – I have the best one on the circuit […].”

51 Responses to Interview of the Month: Roger De Coster – 5 minutes on 4 years at 70