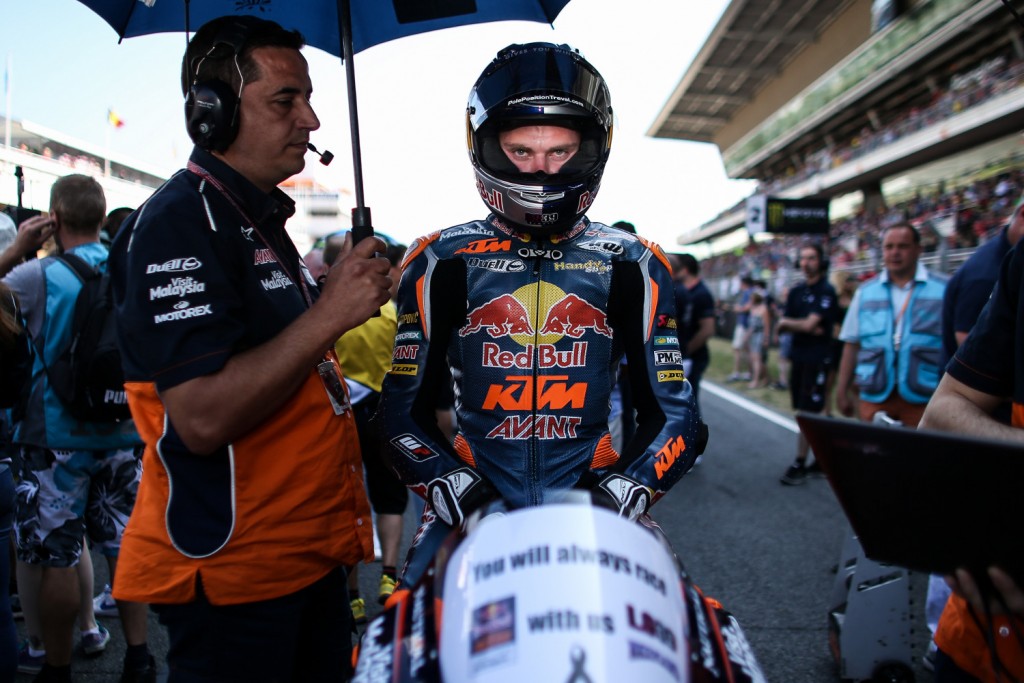 Interview of the Month: Shooting the breeze with Brad

Look at any results sheet for Moto3. Grand Prix racing’s ‘freshman’ class is a breeding ground rampant with talented, well-schooled and eager southern Europeans. Italians and Spanish youngsters are firmly on the production line to MotoGP. South African Brad Binder then (and his brother Darryn, two years his junior) is something of an anomaly and yet another leftfield prospect from Red Bull KTM (they have helped Germans, Portuguese, Australians, Czechs and Malaysians over the years). An additional standout facet of the twenty year old in his fifth season of GP is his superiority in 2016. From an utterly imperious and memorable performance at Jerez this year to earn his maiden win from last place on the grid – breaking a thirty-five year dry spell for South Africa – to the melee at Mugello and the duel at Le Mans; Brad has been the man to catch on the distinctive orange and black KTM RC250 GP and has become a real star in the making. 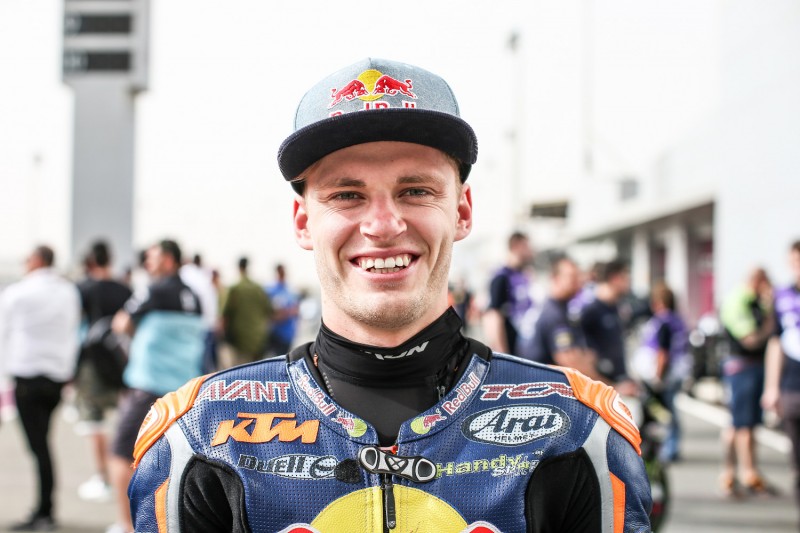 A straight talker, not easily over-awed and someone who easily smiles, Brad is a good conversationalist; even if he has probably had to endure more interviews and requests in 2016 compared to all of his previous time in MotoGP. We wanted to know how life has altered for ‘41’ and where his career and story can go from here …

Life has changed a bit for you recently hasn’t it? Even starting 2016 it seemed that people really had you pegged as one of the main protagonists after tests …
“Since the beginning of the year things have been good. From the get-go at the tests I felt fast and that came down to a decent off-season and training hard. Qatar was good, almost won there, Argentina was amazing but unfortunately with the dodgy conditions it was a bit sketchy and I didn’t get the results I wanted but the rest has been great …”

Tell me about that off-season then …
“I spent the whole time back in South Africa and because it was summer it was the perfect weather for training and you could ride everyday. I live in shorts … I don’t own trousers! I didn’t really do much different but I didn’t really have an off-season. I cycled every single day and worked so hard to keep my fitness up so I never had to ‘regain’ or anything. I carried on building with what I had last year, whereas if you go on holiday then you lose a bit and have to work up again. It meant that from day one [for this season] I felt strong.”

Is that a case of the right timing in your life? Do you think ‘I wish I had done that two years earlier’?
“Two years ago I trained just as hard but the difference now is having more experience and an incredible team behind me as well as an awesome bike at the moment. We have changed-up how we work and how we approach a weekend.” 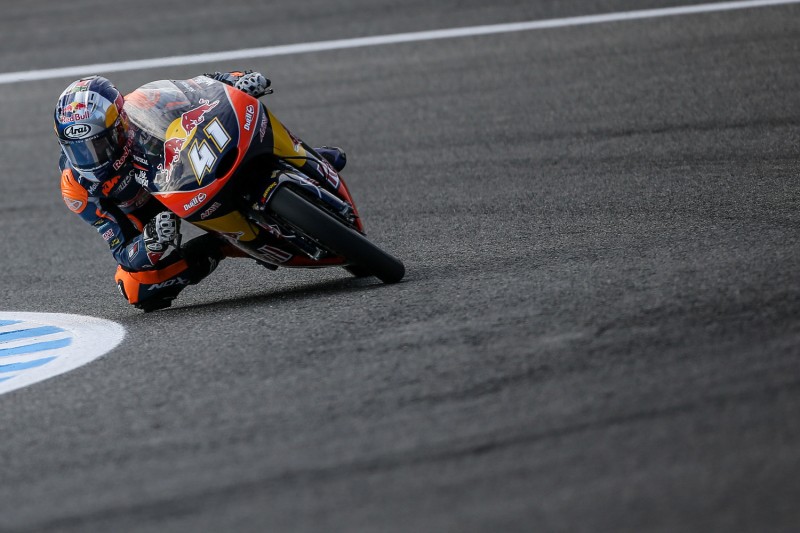 What about mentally? It seems like the Jerez effect has almost given you a degree of invincibility …
“I definitely wouldn’t call it invincibility or whatever! I always knew I could win here and it was getting on my nerves that I wasn’t. I’d been really close many times but never got the job done. When I did it, and eventually got it, then it felt like something was missing. It was strange. I think I gained a lot of confidence at Jerez. I got rid of the monkey from my back. I think there is a lot more to come.”

“I got rid of the monkey from my back. I think there is a lot more to come.”

What did you do and how did you feel on Monday after that race?
“I didn’t do anything really! I had a chat to the team after the race and then got packed up and drove back to my house in Spain.”

Did you drive like Superman?
“Not like Superman – haha – and it didn’t really ‘set-in’ until Monday when I woke up and re-watched the race. It was only then did I think ‘that was pretty cool’.”

I imagine you would have wanted to watch it straightaway!
“But I had an eight-hour drive home! When I got there I was dead and went to sleep. My phone never stopped ringing until I got to Le Mans. I ended up turning it off over the next weekend because there were so many messages. It was very cool and the amount of support I have back home is incredible.” 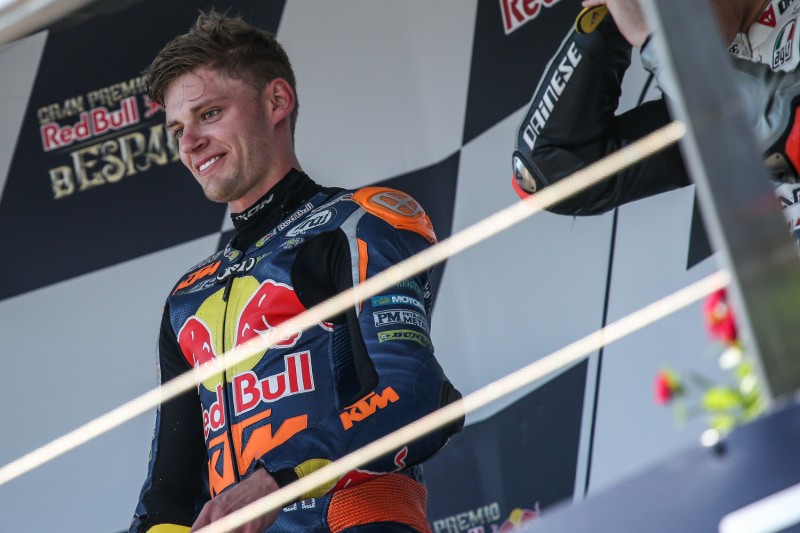 Is it a bit of a shame to be so far from everyone – friends and family back home – when you achieve a milestone like that?
“Yeah, I’ve always thought that it’s much nicer for the Europeans because they go home every weekend and nothing really changes for them. If I went back home to my mates in South Africa all the time then I wouldn’t have the same kind of focus here. When I am in Europe or Spain then I live for racing. I train all the time, eat healthy and do everything right and there are no real distractions. If I was at home there is always something to do. It would be really nice to go back there but then it is also a good thing to stay away!”

“When I am in Europe or Spain then I live for racing.”

It’s like you have two lives …
“I literally do! When I’m at home I carry on with my normal life but when I am in Europe I feel I am a bit different.”

Did you get a bit ‘lost’ in the beginning, trying to make that split?
“I struggled with it from 2012 until last year. I’d like to go back [home] every weekend but its impossible and you’d ‘hit the wall’ before mid-season. Things are nice at the moment because I have some friends in Spain and it is relaxed there. I can just focus on my job.” 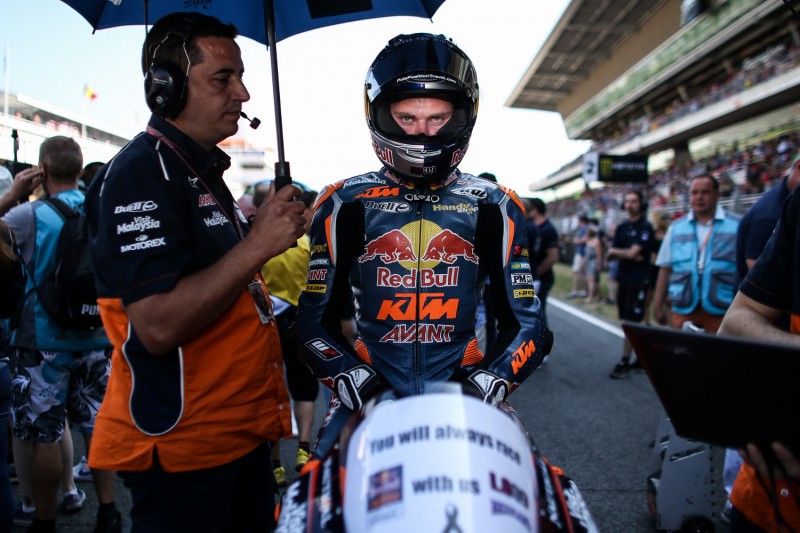 Where are you living?
“Near Benidorm. I had a mate called James Flitcroft who did the Red Bull Rookies. He was living there and I went back after one of the races to have a look and everyone there was British! It was so easy because I didn’t speak a word of Spanish. After a couple of years we managed to buy a place and make it like a second home.”

What kind of ‘toys’ do you have for the downtime away from racing?
“I spend a lot of time in front of the TV! My normally daily routine is to wake and go for a cycle, come back for lunch and then gym in the afternoons. Then meet up with some mates when they are done with work. I try to balance it out a little bit. I love riding and going to a track. I enjoy it when I’m away from the circuit or MotoGP and I can meet friends and go and do some Supermoto because it is the best form of training for the job.”

We were talking about life changing stuff but the next few months will see some new things: a bigger spotlight as championship leader, more press demands, more attention …
“I’ve felt it in the last few races with the amount of interviews, calls and everything I normally deal with when I’m at home [in South Africa]. In the beginning it was a little weird but it is one of things that I look at as something positive. I am obviously doing something right if all these people want to speak to me. When that stops I’ll be worried!”

“I am obviously doing something right if all these people want to speak to me. When that stops I’ll be worried!”

Are you starting to form a plan now? Or did you always have one? If you look at Jack Miller he used this team to fast track to MotoGP … and perhaps is almost a little bit of a cautionary tale now …
“I have no idea and I’m as sure as hell that I won’t be getting an offer from a MotoGP team! My main focus right now is to go one day at a time because it’s a waste to look at the championship. Things can change so fast, so all I can do is go 100% and then perhaps have a ‘look’ when it is round fifteen or something.”

But by then I guess you would want to know what is going to be happening for you in the next year or two …
“For sure I’ll have a better idea by then … but I’m definitely moving up. I’m not staying in Moto3 that’s for sure.”

Is it a slightly harder ‘sell’ being South African and trying to make it in this sport?
“I wouldn’t say so but I think it is tougher to get into GP in the first place than any European. Now that I am in the paddock I feel that MotoGP wants a South African. I wouldn’t say they need one, but the more nationalities the better. It can be a positive thing for the sport too because I can see the amount of support I get back home. The amount of South Africans that watch MotoGP on a Sunday is insane.” 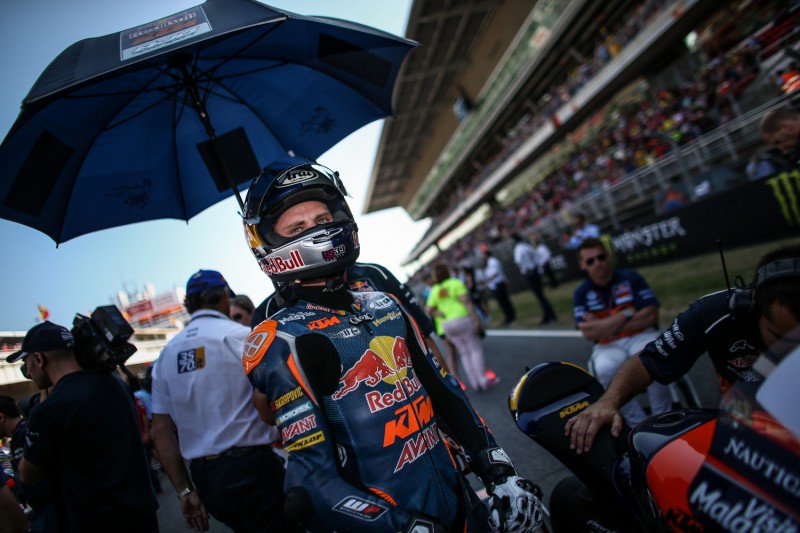 Coming back to Jerez: Was that almost an out-of-body experience because the level of your riding and performance was just so high …
“Nah! Not at all! Jerez was taken just like another race and I’d had good pace all weekend. I expected to still do well even though I was told twenty minutes before the race that I’d have to start from last. Even starting from there I had a good idea I could make the podium. I didn’t even dream of winning but I knew I could get close.”

It was one of the most astonishing first wins ever and that’s quite something when you consider the history, all the races and all the riders of Grand Prix. Does that sometimes swim around in your head? Do you think about what you accomplished?
“Sometimes I do think ‘that was pretty cool …’ I had to wait a long time for my first win but when it came then it was pretty special. It is something I will never forget. I always had a feeling I could do it at Jerez and I told the team on the grid and Aki was like ‘whoah! Keep it calm, just another race and get some points’. I think by the second lap I was in fifteenth already and the group was all together so I knew it would not be a huge task to get there.”

Are you not afraid to say something like that? To say: “I can win this …” even though you are last on the grid …
“Obviously I wouldn’t have said it to anyone who could have published it somewhere but I think my mechanics and crew chief believed the same. In FP3 I was a good half a second quicker than anyone else with a rhythm so twenty-three laps, put it together and it is not impossible to catch the front guys. In the race I didn’t do anything different to FP3 and the lap-times are even a little bit slower and the others guys were the same as they had been. The biggest thing was having so much confidence in my bike that from lap one to twenty-three I could do the same lap-time. Everyone started to drop with eight laps to go but I was still at 100% like the first lap.” 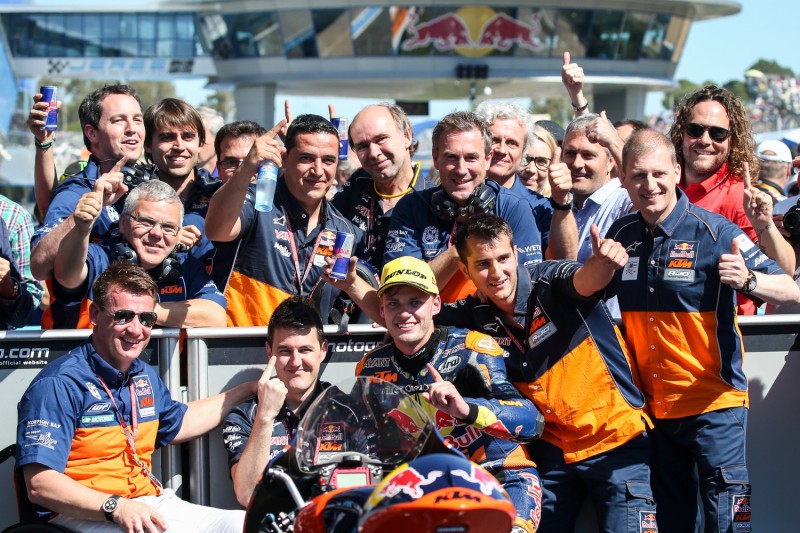 55 Responses to Interview of the Month: Shooting the breeze with Brad