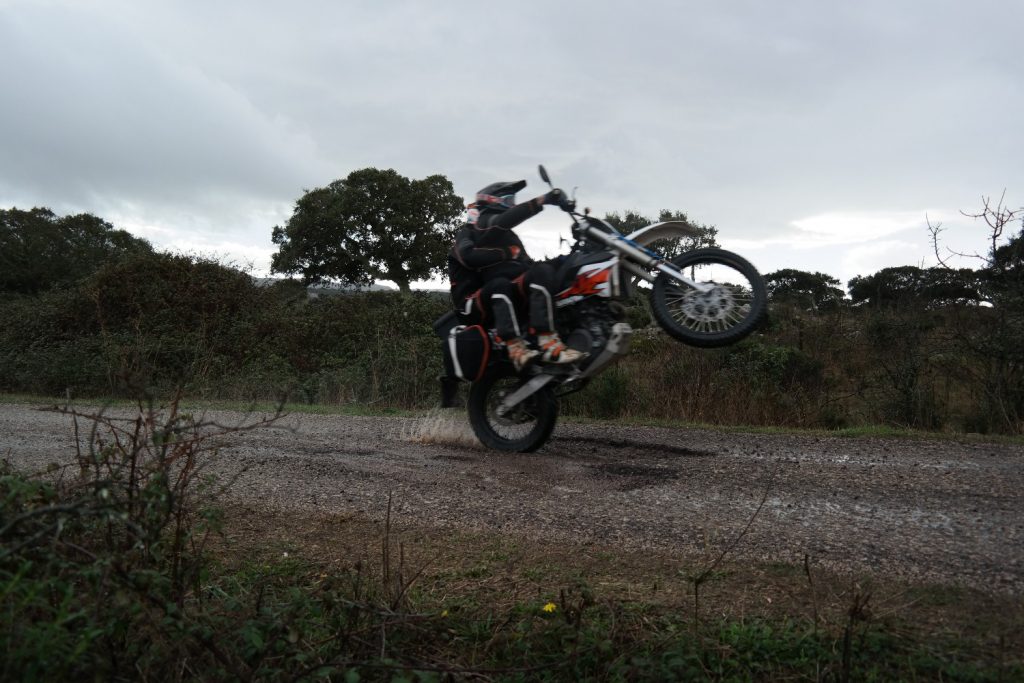 Interview of the Month: The Perfect Job? Life according to a bike tester

It seems very simple: you twist a throttle every day and at the end of the month somebody puts money in your bank account for it. What a wonderful existence.

Of course – and this is where our cynicism kicks-in – there must be more to being a bike tester in R&D for KTM where turnaround is so fast and the portfolio expands endlessly. In our last visit to Mattighofen we endeavored to secure some time with one of these supposed ‘lucky people’ to find out if riding motorcycles professionally (and without the pressure of reaching a chequered flag) was all that it’s cracked-up to be. 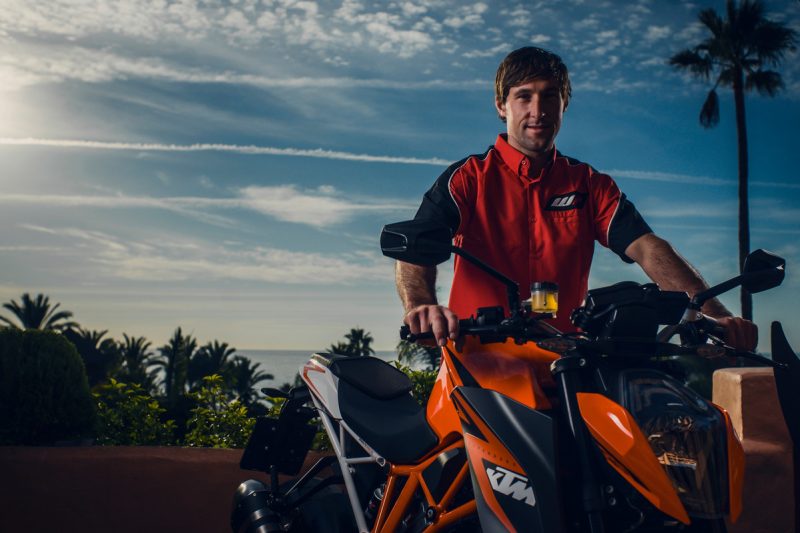 Hannes, do you ride specific models or does your work involve a large mix?
“It is pretty challenging in R&D but I can pretty much ride anything. I have an offroad background but have been doing a lot of Street. I can move from big Enduro bikes to SUPER DUKEs and road racing a little bit. I’m an all-rounder.”

What is a typical day?
“It is really different! It depends on what we are doing. Most of the time we’ll start the morning with a briefing from the engineers and we’ll establish a goal that we’ll want by the end of the day or that week. Normally we have a reference or a benchmark bike. I then ride what we are testing and give feedback while keeping focused so we don’t go in the wrong direction. The feedback has to be good. If at the end of the day I am a bit lost then I try to get that reference back again. There is a lot of travelling; sometimes flying on Monday and back home on Friday. We have to be very flexible with our schedules because it changes all the time. In R&D there are many levels of projects and sometimes we have to wait for parts but then suddenly we’ll have three tests in one week. Sometimes I don’t even know where I will be from one week to the next.”

What would you say are the main skills for being a good and versatile test rider?
“It helps to have a feeling for a bike quickly. You might be able to ride fast and over the limit for a long time but that won’t help the engineers to make a street-standard motorcycle. I raced Supermoto at World Championship level but it also helps if you have a technical background. It means you can help the engineers a lot. So you need that acumen; for example you might work with semi-active suspension and the technician will know about the hardware but not the feeling … so I can talk about rebound at high-speed and low-speed and they can make the setting. You need enough riding skill to always stay on the safe side. I ride at 90% most of the time.” 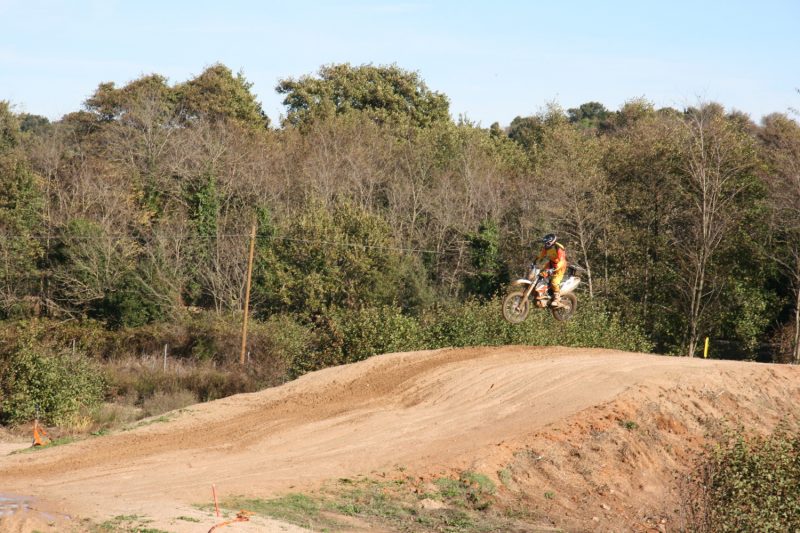 Do you work on projects for a set period of time or does it vary wildly?
“It varies. The project leaders will ask for a test rider and I have to make plans. One week I might be doing traction control for a KTM 1290 SUPER DUKE R and the week after suspension for Enduro. It is always different and always challenging and you have to keep notes all the time and keep test reports.”

Is there a boring side to the job?
“Sometimes we have really long days and not every test is fun. For example, when you just have to gather data then this is quite boring; something like going over a bump ten times. Also it is not always sunny! It can be 5 degrees and raining. Data for load tests can involve some strange stuff; such as having a pillion passenger and full luggage racks and then wheelie-ing over bumps. The rain traction control or riding modes need special conditions and when it is cold then you have to be extra alert and aware and it can be hard. On the other side we’ll shortly be taking the KTM 1290 SUPER DUKE R to the Mugello circuit and everyone knows that will be a good one.” 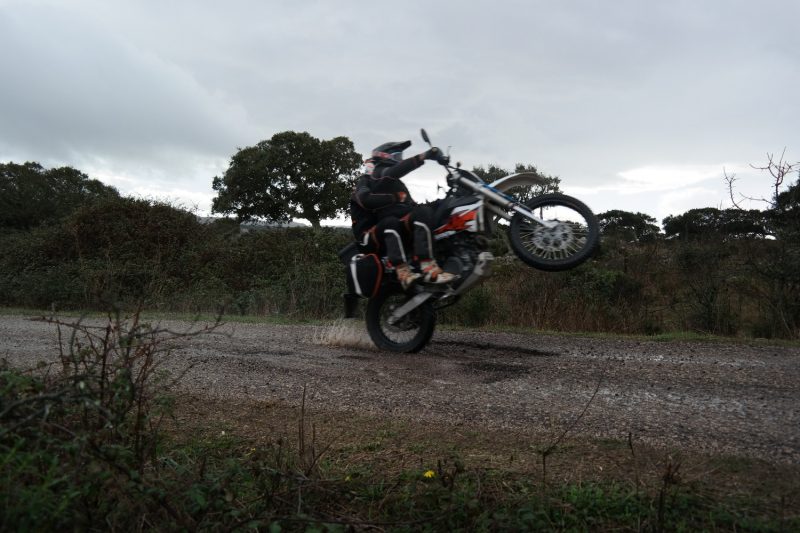 What kind of tests would you be doing at a road race track like Mugello?
“Typically things like suspension or geometry, frame or swingarm stiffness, stability and things like that.”

Do you work with on a specific stage of prototyping?
“I’ve tested from the very first prototype – one that has just been bolted together and the project leader asks me to make a lap around the local area for some feedback – and some others that might be in the very last stages before serial production: so all kinds. The engineers actually do a lot [of riding] by themselves and when they think it is up to a good level then they hand the bike or components to us and we then give our feedback.”

Which is more fun: to ride something like the very first version of the KTM 790 DUKE or the very last spec of say the KTM 1290 SUPER DUKE R before it goes to the factory floor?
“It is hard to say. I always try to give the best feedback regardless of what I am riding. P1 [Prototype 1] or 0 is interesting because you can change a lot of big things.”

Have there ever been times when you’ve had to give something back and say ‘sorry guys, it doesn’t work …’?
“Yes, that does happen, and quite often! It is natural that a P0 or P1 bike doesn’t really work too well; that’s why we are here! We change things and work hard and the following test usually feels quite different. The guys work fast here.”

What about the testing team?
“Most of the time it will be 3-4 people: an engineer or two, a project leader and the test rider. Sometimes it will be more. There are twenty people in the workshop and three [full-time] test riders in R&D. It is getting bigger and bigger and there can be quite a few staff. If we are working at a circuit then Jeremy McWilliams joins us. There is a separate endurance test team and it is pretty big but a separate department.” 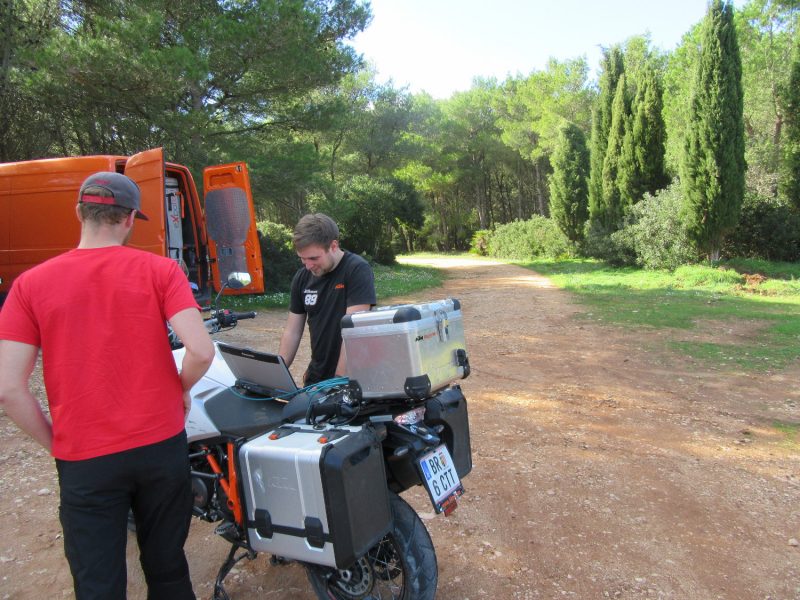 In R&D do you ever get a feeling for an overall bike? I imagine if you are working on specific parts then it can be hard …
“Yes, very hard actually because those feelings with one bike can change: at one test it will be great and in another it will be pretty difficult; you need to go slower and the work might take longer.”

How do people react when you tell them about your job?
“How you would expect: ‘wow, that must be a dream job!’ but I also have to tell them about all the time away from the family and times like this week when a colleague had a really bad crash. When you see a colleague injured then it affects you. There are two sides to the job: seeing places and riding bikes that nobody else has done but then the other side of seeing those injuries and knowing it is a dangerous job. I don’t think too many people can do this. I try to be so safe, especially when on public roads.”

Do you ever get sick of the sight of a bike?
“Ha! I still like it … the hard thing is to still have total respect for all bikes. If you are riding a KTM 125 DUKE then you need to have the same approach as if it was a KTM 1290 SUPER DUKE R because it can be too dangerous to lose focus. Physically it is not too bad and the best way to prevent injuries is to keep fit. The job is OK for me so far and I think I have more years left in me! Keeping fit also helps mentally. Among other things I keep busy by riding mountain bike and Jet Ski®.”

Do you have to change your style a lot? Ride some bikes in a sporty way, others in a ‘beginner’ way?
“Yes … and most of the time I prefer when I have to ‘push’ the bike but you always have in mind the product and what people will want to ride. We get orientation from the product teams and PR guys – for example the ADVENTURE should emphasize comfort when riding and you have to alter your style.”

Part of the job must be finding the limit of the bike: it must be hard to always stay safe?
“Yes, on a circuit or a motocross track then I will go over the limit – you have to. And also do some stupid things like jumping a table-top with an ADVENTURE or go at crazy speeds. You can learn a lot about a bike when you pass the limit. When I do something I think about what could happen and I always try to have a Plan B and react. I also try to keep calm … but it is not easy. We ride prototypes so with electronics or ABS then you have to be aware of how the bike could be and go slowly to the limit. Step-by-step. You cannot control everything … but you should be thorough with what you can control! I don’t think I will be a test rider when I am 40; it is too dangerous! I think I have good possibilities to do something else in the factory.” If I am 21 and fresh in KTM and I want to be a test rider then what’s the best way to get there?
“I think anybody can do it … but it helps if you were a semi-pro rider or racer and you have as much ability for technical feedback as riding skills. A biking background would be a big help. It is not really important … but if you know what will happen when you change the angle of the front fork …”

Is a lot of what you do secret?
“Yes … many tests are secret and so we try to stay away from photographs. We have a few stages of the motorcycle until P2 that have to be kept secret. To keep it that way the bike will be black or we will throw some other plastics on it. The P0 bikes look really ugly sometimes! A good photographer will know what is new on a bike so it can be hard to cover everything with plastics. We normally try to target roads where they will not be many cars or people.”

What’s your favorite place for riding?
“I really like Sardinia; really nice roads, good grip, not much traffic and amazing views in the mornings. There are also a couple of nice motocross tracks.” 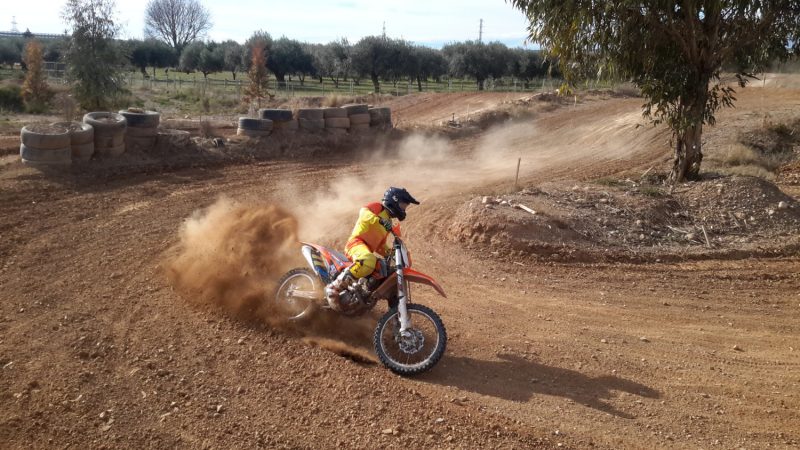 Lastly what does it feel like to see a brand new bike unveiled at something like the EICMA show or Ryan Dungey, for example, wins in Supercross and to know you have played a part in that … ?
“Yes, that feeling is there … but … there have been a thousand people working on a bike. Every engineer will be proud of his part and it is the same for me. It is pretty cool when you get feedback from people just out riding the bikes – for me that’s the best thing compared to something like EICMA where a bike looks amazing and new but nobody has ridden it yet.”

125 Responses to Interview of the Month: The Perfect Job? Life according to a bike tester