Interview of the Month: The Rookie – What’s it like in MotoGP™? Miguel Oliveira talks first tastes

The irony of course is that the 24-year-old is far from a ‘rookie’. Miguel Oliveira is the first athlete to have progressed through Red Bull KTM’s newly established Grand Prix ladder: having represented the factory in Moto3TM (6 wins) and Moto2TM (6 victories and 21 podiums). The fresh link with the Tech3 MotoGPTM squad for 2019 opened up the perfect ‘learning’ opportunity for Portugal’s sole racer in the category, and he impressed with his hard work, intelligence, application and speed in the first rounds that his tenure with KTM was impressive enough and quickly confirmed again for 2020.

Short and stocky and with an easy sense of humor, Miguel has integrated strongly into MotoGPTM with the newest motorcycle on the grid. At the time of writing he has even scored more points than his 2018 Moto2TM nemesis Pecco Bagnaia and has come close to the top ten on at least two occasions from the half-season so far.

We find him in a chatty mood and still discovering the thrill and difficulty of the elite competition in motorcycle racing. 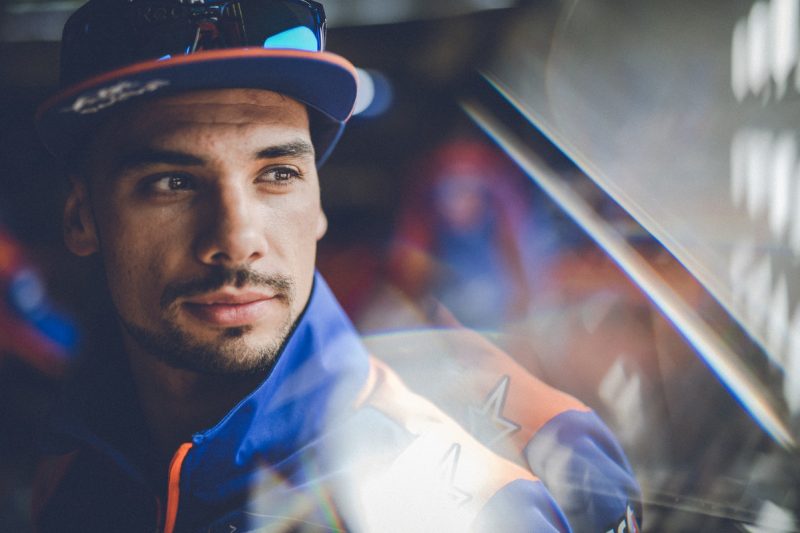 Miguel, you must have had an idea of what you needed to do for MotoGPTM but did you change anything for 2019 – physically, mentally, your program – to tackle the challenge?
“The physical training changed a bit because we knew we were going to deal with more force on the body. We did more work on the upper body with the goal of having a bit more strength. When you make that increase in the muscles you kinda then have to work the rest as well to improve the overall condition and shape! So, nutrition also changes a bit when you are training in a different way. Apart from that it was like making another ‘step’ like I did when I moved from Moto3TM to Moto2TM. Just a bit more. It was a pretty normal winter.”

You’ve spent two years tussling at the front of Moto2TM. Did you also need to adjust your mentality to the races in MotoGPTM and perhaps a new position?
“Yeah … but it is something you do along the way. It was not a case of saying ‘OK, now it’s over [as a winner] I need to switch mentality.’ It is more about the people who are around you that make you realize ‘OK, it’s the first year with the bike, it will not be amazing and you won’t be on the podium.’ It is about facing your future long-term and once you ‘get’ this then it becomes easier to go into each race.” 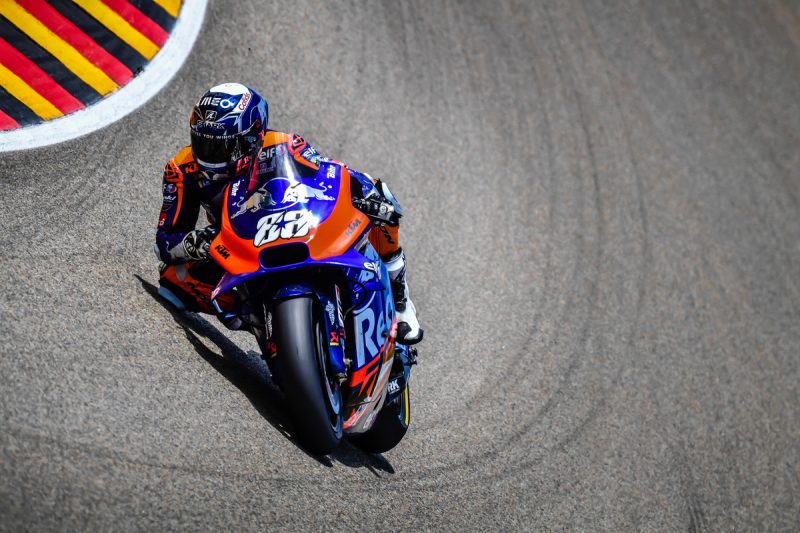 Did you have a lot of internal questions about MotoGPTM? Maybe in the same way as when you first came into Grand Prix? Things like: How will it be? How will it feel? How will I do?
“Yeah, you question yourself about a lot of things. Especially when you know you’ll be gripping a bike that is extremely powerful, and there is not much time to do that! The first test is a good example: I went from winning the race at Valencia to going back on the same track a day later with a bike where I had absolutely no knowledge or control! I was thinking ‘how am I going to dominate this beast?!’ It’s strange because you really feel like you have no control and that is not the normal situation! It is easy to get lost pretty quick. You need to take it slowly. But the team helped me a lot with this transition. They were very calm, and I was trying my best to keep calm and not look at the lap times. I was trying to absorb the information and work hard.”

What kind of guy are you when it comes to preparation off the track. Are you someone that thinks and analyses a lot?
“Every rider has his own way and it doesn’t mean that it is the right one, the best one or the correct one. I like to be analytical about my job but also keeping it fun and cool at the same time. I am not super-specific in watching images or footage. I also try to go with my feelings: This is important otherwise you will become a robot. If something is not working then you’ll perform worse in the short-term.” 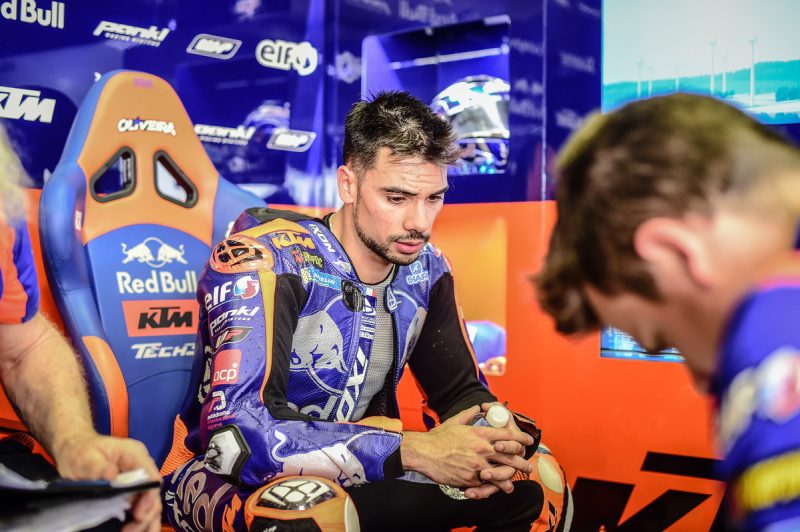 So where does confidence comes from? Feelings? A result? The lap time?
“Sometimes I’ve had different kinds of feelings in my career and different kinds of results. Most of the time the best feelings do not match the results! If you feel good about something and the result isn’t really what you wanted then you have to take care to carry that feeling into the next race. For me ‘feeling’ is more important than the result even if it is easier to go the opposite way because if the results are coming then it means you can relax.”

It’s a journey of discovery then …
“If you look at our sport then riding a bike fast is mostly based on instinct and feeling. When you go very close to the limit it is about how good you feel within that limit and whether you can go faster or not. There are limitations of course and complex things about the bike but in general that’s the basis of MotoGPTM: Riding as comfortable as you can on the very limit. For that you need trust in what you are doing and how you feel! That’s the very thin line that we are living on each time we go on the track.” 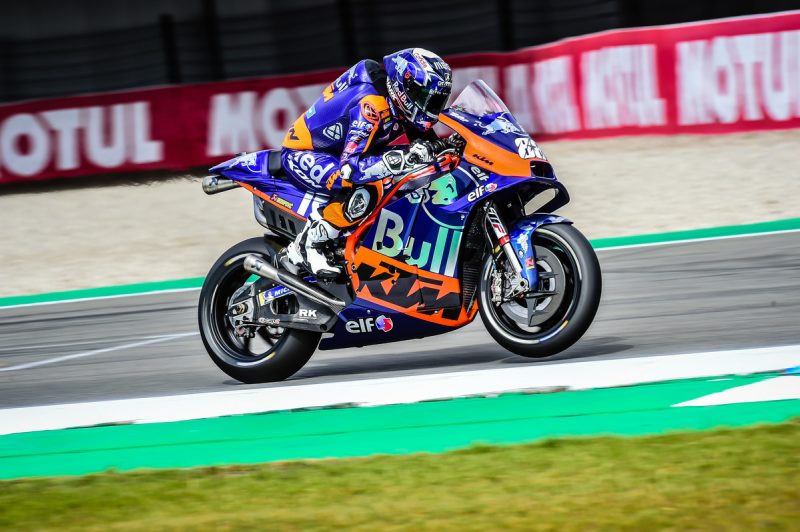 You mentioned getting lost with the MotoGPTM bike: Is it also easy to be confused with how you feel? A sensation of a rapid lap time could be a second off what you really want …
“Yes, at the end of the day everything is a balance. You cannot be over-critical of your job but you also cannot be super-relaxed and just go with the flow and hope that whatever comes out is good. You need to have a good mix of these two things: That’s what I try to do.”

Having a balance must be a bit more difficult now what with all the success in Moto2TM and then jumping into MotoGPTM … especially when it comes to attention in Portugal …
“Ha! In the last four years it went up like this [points hand almost vertical]. But this is a good thing. To be recognized for your job and for representing something. I’m lucky, in a way, to be the only Portuguese in the paddock. It is like when the Portuguese football team plays: There is only one player they are looking at.” 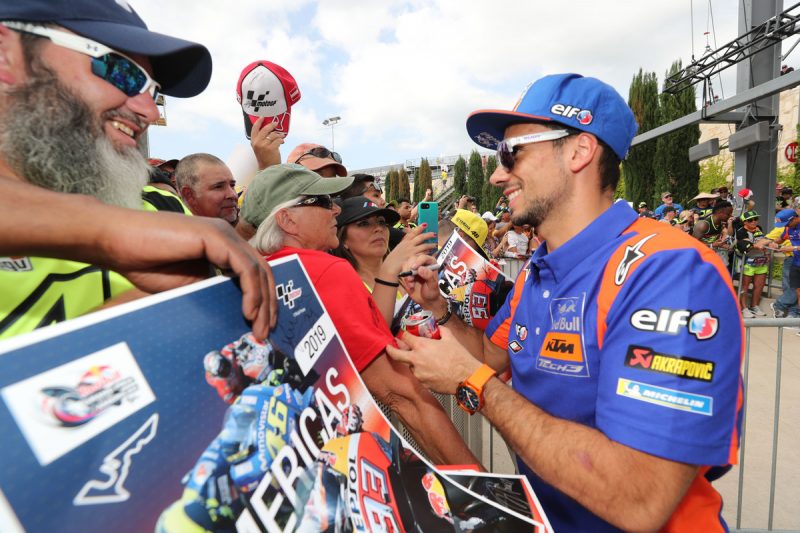 You are like the Cristiano Ronaldo of MotoGPTM then?
“[Smiles] I would say it is kinda like this. There are obviously other players in the team at Ronaldo’s level but they will need another one to replace him soon! I’m lucky enough to have this position.”

For people outside of Portugal then can you describe what it is like for you there? Are you on the evening news?
“Yeah. News-wise I’m probably second behind Cristiano. Overall probably third behind [Jose] Mourinho as well! I’m right there though! It is a good consequence of where I am and how things have gone. There is more recognition, but you just have to adapt your life a little bit. I’m not the guy who will make a bad face to someone who approaches me in the street because I have also been that person. I was also once a small kid asking Valentino [Rossi] for his autograph on every piece of paper I had. I know the feeling, and I know if he would have rejected me then it would have created a negative impact. So, I don’t want to do that. The fans watch you and the five seconds they might be with you is the real impression they get of you as a person.” 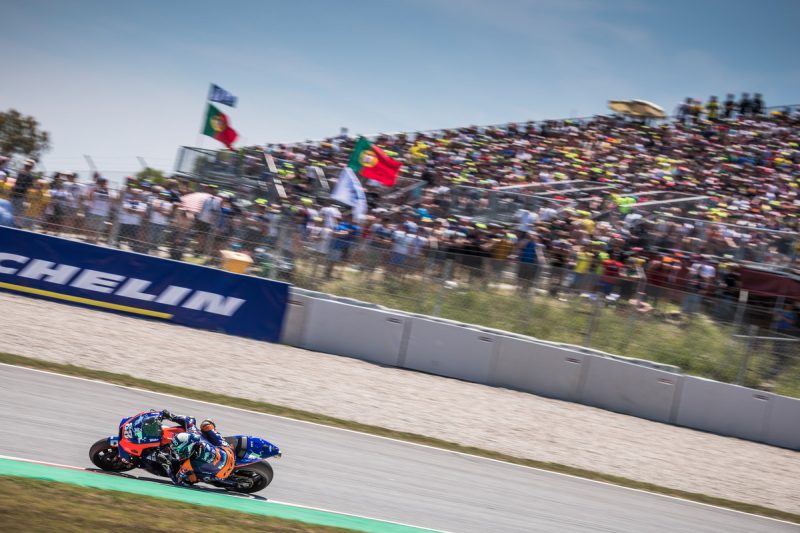 That must be quite tiring though …
“It is. But it is something bigger than me. I can be me when I’m home. It’s the job and either you accept it or you do something else in life.”

What other sportsmen were important to you growing up?
“I tried to copy Valentino as much as I could. I even had an earring like him! That’s the truth! It’s nice to have a role model, someone that you can watch and follow. You can be your own version of a guy you look up to. That’s quite interesting.” 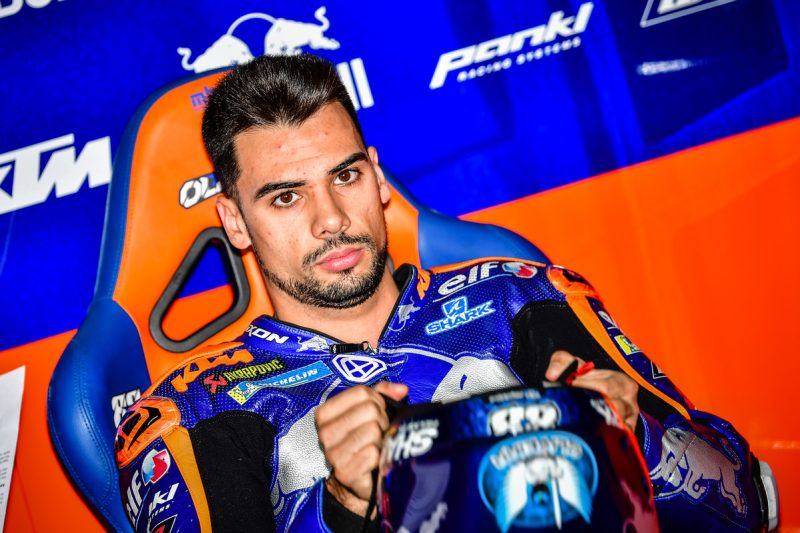 It must be satisfying having an influence on people. It means the job is not just about the trophies, the thrill, the contract and a nice car …
“I see people here becoming fascinated by the consequences of being a good rider but you can live ‘good’ for only a few years. I think if you understand that then you’ll have a more important purpose and things can come your way in the long-term. That’s how I look at it. To be a good influence for kids or those who write me messages saying they look up to me – even if it is something like twenty people – then I am happy. If you can have a positive impact in someone’s life then this has no price. It is bigger than any contract or fancy car.”

How do you think people see you as a rider? You’ve had success but it always seems that you have worked really hard for it, pushed really hard …
“That’s the story of my life and also my country’s. It seems like we have always fought double hard for anything: the Portuguese way! I have worked hard to get my results and to places and teams with a lot of challenges ahead and I’ve always succeeded. This experience has made me a stronger person and a stronger rider. When I am on a winning bike then I am going to win: It’s quite clear!” 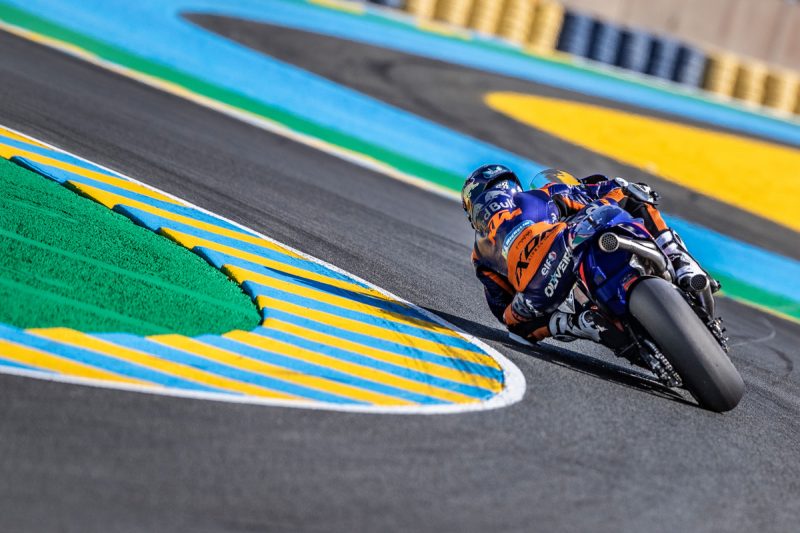 83 Responses to Interview of the Month: The Rookie – What’s it like in MotoGP™? Miguel Oliveira talks first tastes