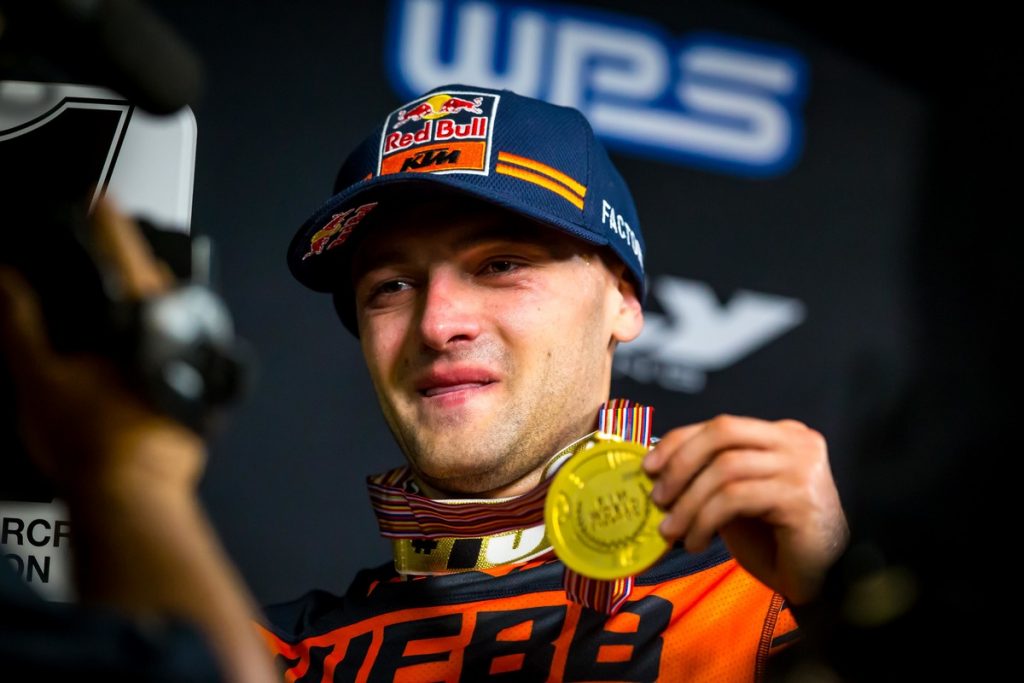 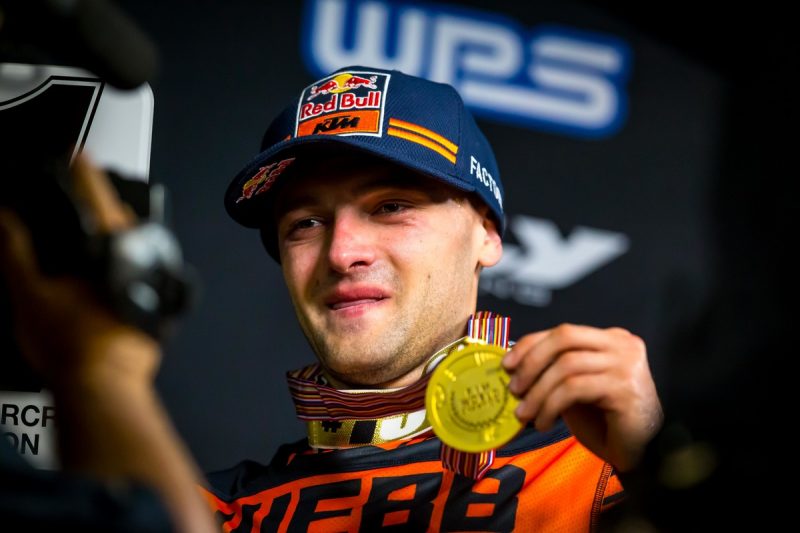 The series hurried to a conclusion at Las Vegas last weekend and, just prior to the Nevada decider where Cooper finished on the third step of the podium, we asked him for four ways in which he managed to own the red plate and grasp one of the most sought-after titles in motorcycle racing.

1) Embracing the change …
“Everything moved so quickly! When I first came over to this team I knew it was a great opportunity for me: I loved it. I had some good results but when I boomed out the first win at Anaheim 2 – in my opinion – it happened pretty fast. Then to go on from there and get more wins and the red plate and to continue to hold it is definitely a lot different. I feel like I have done a decent job so far …”

“250 Supercross racing in the U.S. is definitely different because you only race half the guys, and what you ‘do’ in the 250s doesn’t always transpire to the 450s and that also goes for the program you are on. I feel like I had a great program in the 250 class and did things a certain way that worked great. The transition to the 450s is a tough thing. I did it for a year – my rookie season – and struggled. I had injuries and not great results. My second year was the same or worse so it was a case of saying ‘OK, now none of this is working’. On paper it was easy to see that this team checked a lot of the boxes: bikes, personnel, program, the way they handle things, pit presence – it was something to really respect.”

“Racing can be such a rollercoaster with the emotions, injuries and everything that comes with it. It’s not easy to handle and becomes about putting it into perspective. 2019 has been an incredible year I have to sit back and think that the results have been good and it is awesome just to be a contender again. I feel I have prepared myself well to handle any of the different situations and one of the best ways is not to live too much in the past or in the future. You have to grasp what is there right now.” 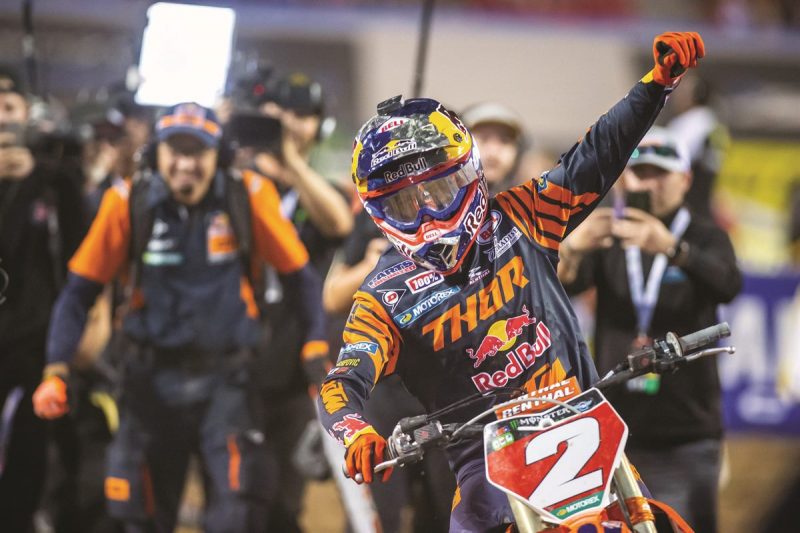 2) Keeping an open mind …
“The goal changed but the mindset stayed the same of getting better every weekend. I’m still learning stuff with the bike and the team and of racing seventeen rounds and being a contender.”

“I look at many things as a learning experience and coming to KTM I was open-minded. I feel like I always have been that way but I was in a place where the results were not coming so I was happy to sit back to absorb whatever these guys had to say and do it. The results now speak for themselves.”

“When you are not part of the Baker’s Factory then you hear a lot of stories … but I think going there without any set-ways or anything like that was a help. I think you have to be this way and just accept and trust Aldon. Whether it’s a figure like him or another team member then you have to trust what they say or it is not going to work. So that’s what I did and it’s worked out well. I’m still learning and continuing to get used to the program. It is not nearly what I expected actually. I mean, we work really, really hard but it’s fun and it’s a great group of people. I’ve enjoyed it more than any other [program] I’ve done yet. It was exciting, and I won’t lie: There were moments where I thought ‘man, I hope I can handle this …’. Not everything we do is public knowledge. There were some days where I hated life. In the first week I was actually puking on a bike ride! It definitely made you question some things but I never lost sight of the results it could bring. I had to adapt and push myself again.” 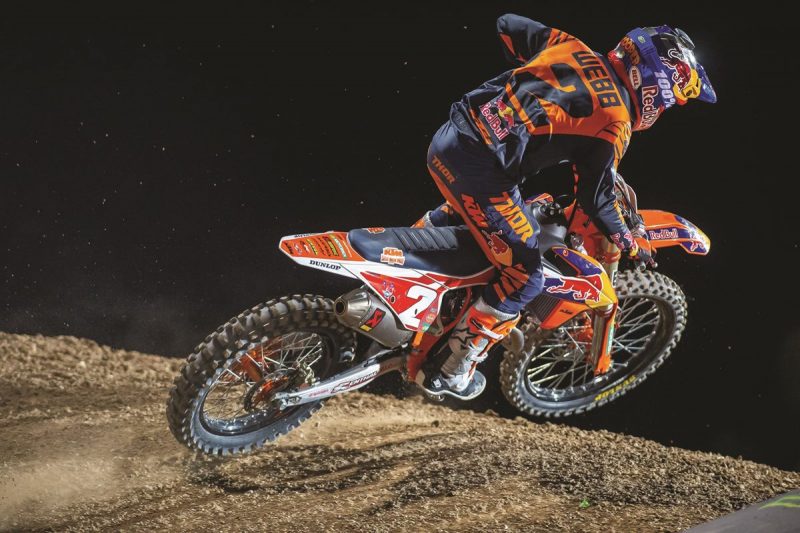 3) Placing faith in the new group
“I’ve always been quite a laidback guy and intrigued by learning.”

“In everyday life it can be hard to trust people – at least it is for me – but coming to KTM I didn’t have a doubt about a single person. I knew these people were the best in the paddock at what they do. That drew my attention. The group from the mechanics, to Roger, Ian and management and to Pit: Everybody has the same goal, and what I liked about it in comparison to some other teams was that it was smaller – in terms of personnel – and the communication from the CEO to Roger to the mechanics is non-stop and the goal is to win as much as you can and to perform. Just look at what they have done and with who for the last five years.”

“That appealed to me right away and I felt like I had the missing pieces. I had the mentorship that I was looking for. It was a huge gain when you have a solid group of people that you not only believe in but you also trust. It is a big thing and definitely a cool feeling.” 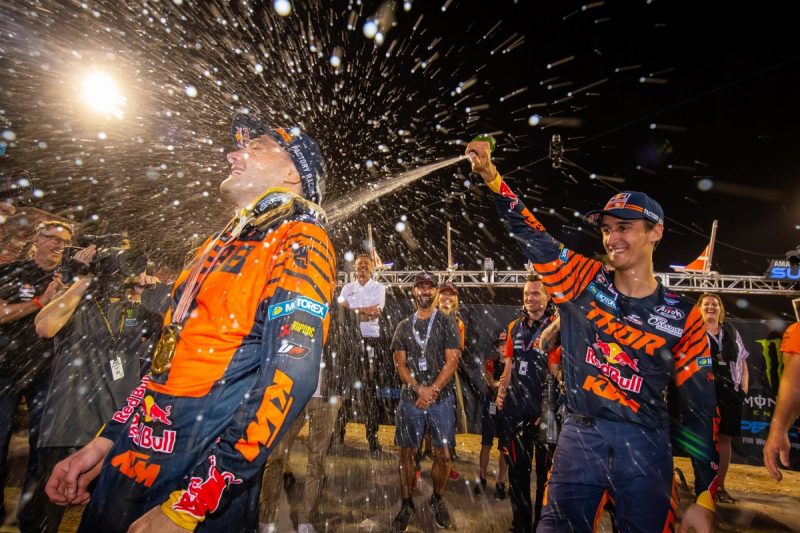 4) Not getting too wrapped up
“I had some good results but when I boomed out the first win, in my opinion, it happened pretty quick.”

“The biggest thing for me is to stay in the present: in the moment. The goal is the championship but the mindset is to try to win races and do the best I can. There is always room to improve and so I focus more on that rather the big championship picture.”

“There is always pressure … but I’ve always said I like being in this situation: It is what we train for and where we want to be if we desire success in this sport. You have to take the ‘things’ that come with it. I’d definitely rather be upfront rather than behind.”

“To be a champion and a premier guy in the sport I believe the mental training is just as important. It is a constant test mentally and physically and I try to embrace that. There has never been a lack of motivation. If I have lent on the guys in the team then it has been for a calming-down effect and they have put things into perspective a little better for me. You will have bad days: And that is where they step in and really help me forget those quickly and move forward. This group is really good at that.” 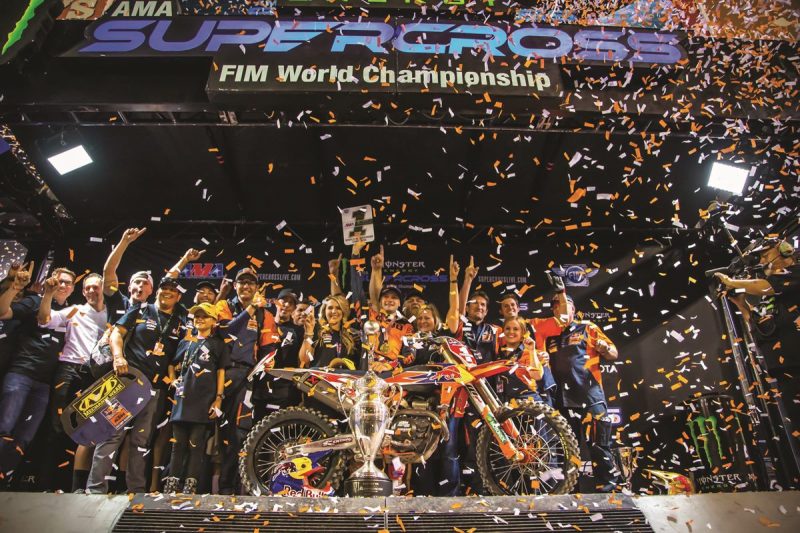 121 Responses to Interview of the Month: The ways of Webb – 4 ways the new Red Bull KTM star has blasted 2019 AMA Supercross