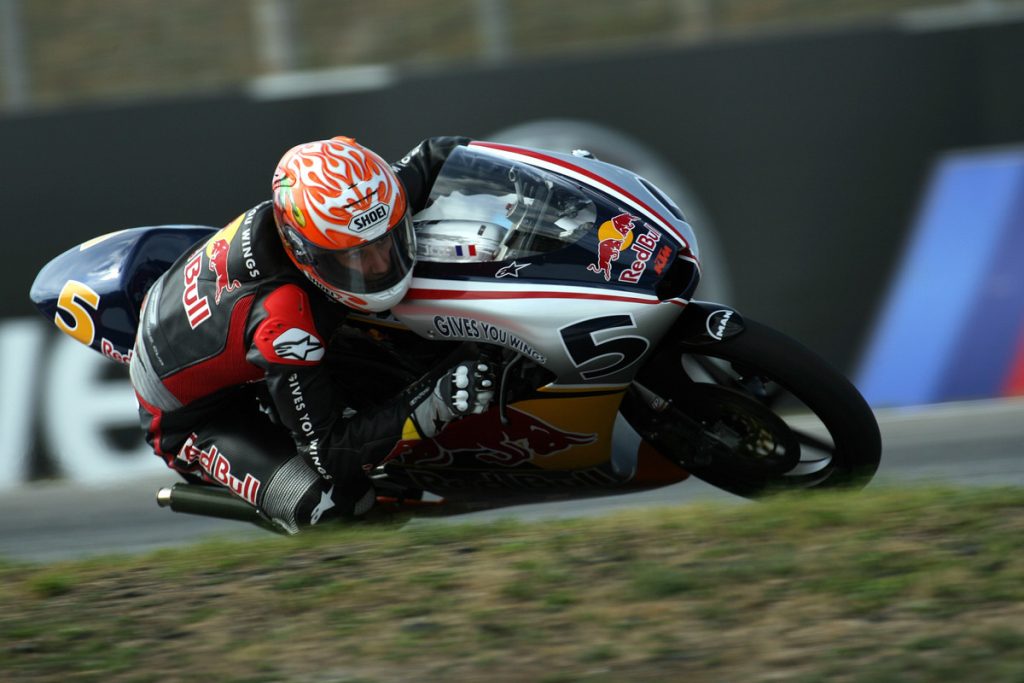 Red Bull KTM’s confirmation of a two-year contract with French ace Johann Zarco is one of the headline-grabbers of the MotoGPTM season so far. What can the works team expect once the #5 becomes orange? To gain some insight into the 28-year-old athlete we asked one of the people that knows him best; Aki Ajo.

The quiet Finn sits in his bare and immaculate race truck office in the Jerez MotoGPTM paddock. The subject of Johann Zarco is an easy one for the former racer to talk about. Ajo has strong and well-nurtured links with KTM and is responsible for the company’s first Moto3 crown in 2012 and continues to marshal the KTM RC 250 GP as well as the official Moto2 squad to this day. Ajo also has intimate knowledge of Zarco, his character and also his development in Grand Prix. He signed a young Johann (the first Red Bull MotoGP Rookies Cup champ in 2007) for his 125cc squad in 2011 and helped him classify second in the world championship in just his third term. Three years later and they collaborated again in Moto2 and claimed two titles; Zarco becoming the most successful French rider in history in the process.

“I’m not exactly sure when I met him for the first time – maybe when he was in the Rookies – but I started to get to know him in 2009 which was his first year in the world championship,” Ajo says, furrowing his brow and trying to recollect. “In 2010 we had a few more conversations and he joined our team for 2011 and that was his best season until that point. I think that Johann has changed a lot from these times. He was young, shy, a small boy that didn’t know his capabilities and what he could really do.” 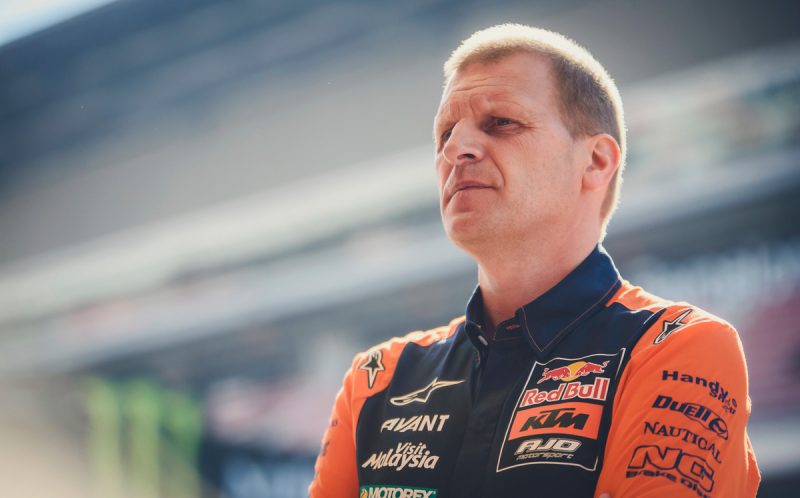 Already at this time Zarco was adhering and depending on the counsel and advice of another former rider: Laurent Fellon. His countryman remains his manager and aide until this day. “Laurent was his coach but also like part of the family,” explains Aki. “He was very important for him and at the start of his career was very strict and strong and very ordered … but I think that was good for Johann. 2011 had its ups-and-downs but still good performances and it wasn’t always an easy year. We started to respect each other and both he and Laurent were making comments like ‘we’ll be back with you soon … ’.”

Zarco, eager to expand his experience and knowledge left the confines of the Ajo team for Moto2 and gained six podium results in two years and through a slightly unstable period. His old team manager meanwhile had allied with KTM for 2012 and didn’t look back. In fact, Ajo’s success in Moto3 only fueled his ambition … and made a pathway back to Zarco.

“My decision to go to Moto2 was made very quickly,” he recounts. “I did it on the spur of the moment before the Grand Prix in Silverstone in 2014. I asked IRTA and Dorna if a slot was possible and then my next call was to Johann and I half-joked that he’d be our first Moto2 rider the following year but he and Laurent were immediately ready and just after Silverstone – so only a few days – we had already shaken hands. I have to respect and be thankful to them because they were flexible and appreciated the situation that I was building the team quickly and with minimal parts. They were fully behind it and tried to help find some support and money for the team. He was almost riding without salary but he really wanted to win. His reaction convinced me that I really needed to push ahead in Moto2 and it was much better working together the second time.”

“2015 and 2016 were excellent years and I will never forget them,” Ajo admits. “Johann didn’t have a KTM contract at that time but it was like he was already in the KTM family because we had the Red Bull KTM team in Moto3 and the Moto2 was supported by KTM. Mr Pierer and Pit Beirer said to me ‘Aki, you are a little bit crazy to do this so quickly but we’d like to support you’ and I think they trusted that Moto2 could be something good. 2019 is definitely not the first time that Johann has been in co-operation with KTM.” 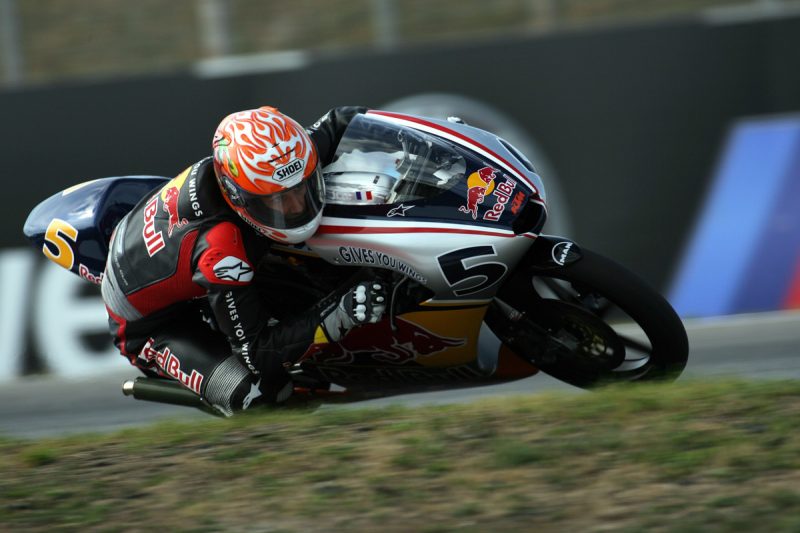 Those two years (before Zarco hungered for a MotoGPTM debut in 2017) produced a windfall. The WP Suspension-shod Kalex gave the Cannes born athlete an invaluable education in tire preservation (Moto2 use Dunlop control rubber compared to Michelin in MotoGPTM) and race management. He totaled 24 podiums, 15 of those on the top step of the box. The potential – that Ajo claims was evident from his first appearances in leathers – had been realized in the intermediate category and those lessons would serve well for a studious, smooth and rapier-effective launch into the premier class. “From the Rookies Cup you could see he had talent but later he had some difficult times,” Ajo says. “He and Laurent were very clear about how they should do things and nobody really stopped them. They are so strong … but maybe their style did not fit with all the teams and people they encountered. Especially in the beginning … but now they have much more experience. They had difficulties but they kept pushing all the time and now you can see where they are.”

Zarco immediately turned heads by leading his very first MotoGPTM race in Qatar 2017. He went on to become a protagonist in the division, a front-row regular, usurper of factory-equipped rivals and Rookie of the Year with three podiums; a tally he has almost bested already ahead of his home Grand Prix at Le Mans. Was Ajo caught off-guard by the speed of his acclimatization to a world of horsepower, electronics and setup work? “I was, I have to say,” he smiles. “I was surprised by how he learned everything so quickly. He also surprised others who said ‘he’s a bit too old’ or ‘he’s been in Moto2 too long’. I was thinking ‘just wait … ’. I have to be honest I didn’t think it would be so quick.”

Johann is an unassuming, low-key and relatively humble ‘star’. He almost doesn’t seem like a MotoGPTM hero. “Yes, that’s true, but in a positive way,” Ajo observes. “He doesn’t seem like a superstar. He is not going crazy and doesn’t focus on things that he thinks are unimportant … like sometimes people do! In terms of his personality he is still the same Johann and he was sitting where you are now for a long time yesterday just talking. I don’t see any change. He is very analytical and focused on racing.” 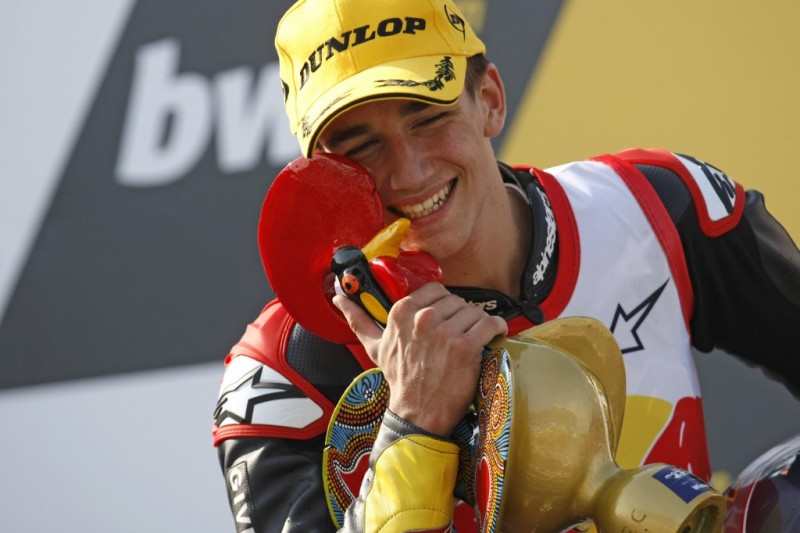 Perhaps there are parallels between the two. Asked if he feels like he has played a pivotal role in establishing and helping KTM grow in the Grand Prix paddock Ajo waves his hands. “Nooooo! I cannot say that. I feel lucky. In 2010 and I heard some rumors that KTM were coming to Moto3; I contacted Heinz Kinigadner and Pit Beirer and said I’d like to have a meeting. They were really open and interested to make a collaboration with us. I was really happy about this and thankful it has been so many years already. At the time we already had a partnership with Red Bull – from 2010 – and that helped and it became KTM in 2012. It was a great start and very important for myself, my company and all of us. I’m thankful for that.”

Ajo and Zarco might share humility … but also a thirst for detail that lead to success. Zarco’s signature was sought-after by many but secured and stamped in Munderfing. It is something of a coup for a team that have been on the MotoGPTM grid for just eighteen months but have already tasted GP points, the top ten and have moved through three engine concepts. Aside from publicity will Zarco’s working method and philosophy be a distinct gain for KTM’s objectives? Ajo is resolute. “Absolutely,” he says. “It is also a useful move for the whole KTM family because when a rider like Johann sees potential is there then it opens a lot of eyes as to what KTM are doing. He has placed his trust and his experience in the company, and his systematic working style is important for that type of project to both develop and also ‘prove’ things are going in the right direction.”

For all the talk of development and refinement of the KTM RC16, Motorsport Director Pit Beirer enforced the point that it is “the rider that has to open the throttle” in discussions with the press in Jerez. There is a feeling that KTM have exactly the personnel needed to make the next chop into the lap-times to reach the front. 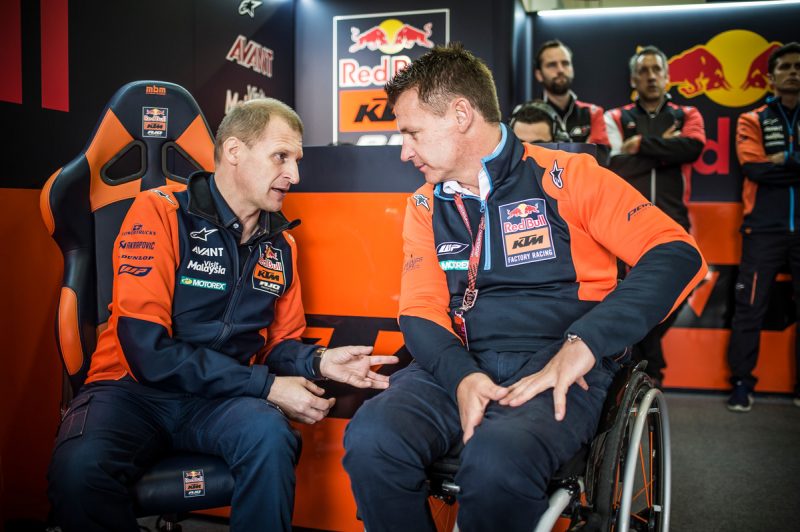 70 Responses to Interview of the Month: The Zarco Effect – What will KTM gain for MotoGP™ in 2019 …?