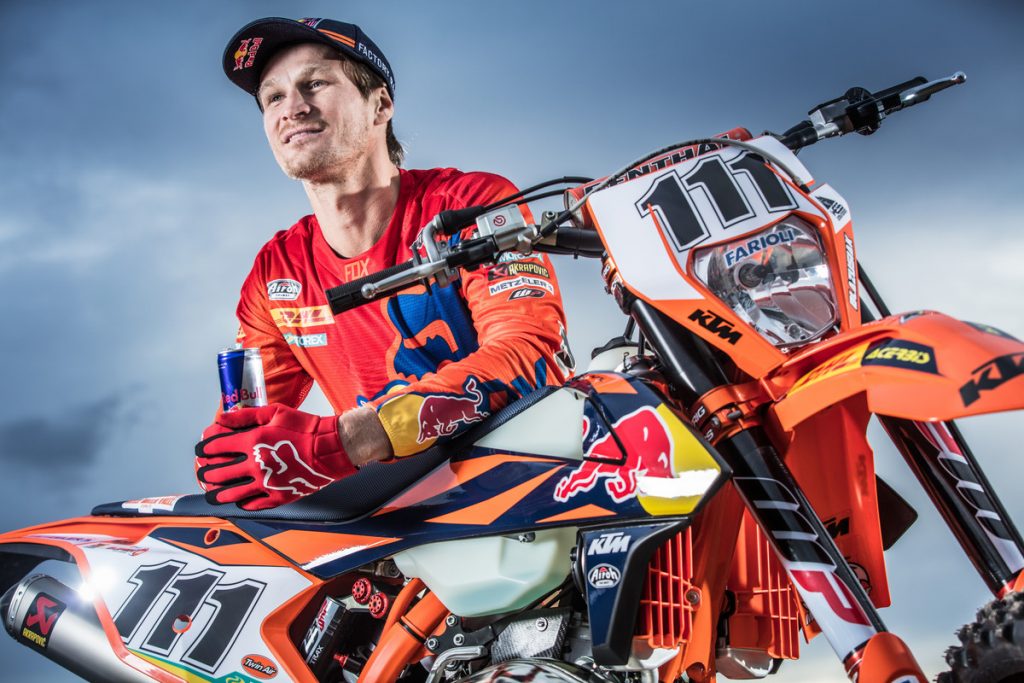 Interview of the Month: “WESS is what enduro needs and I want to win it” – Taddy Blazusiak

Taddy’s back and his goal is simple, win the 2018 World Enduro Super Series … 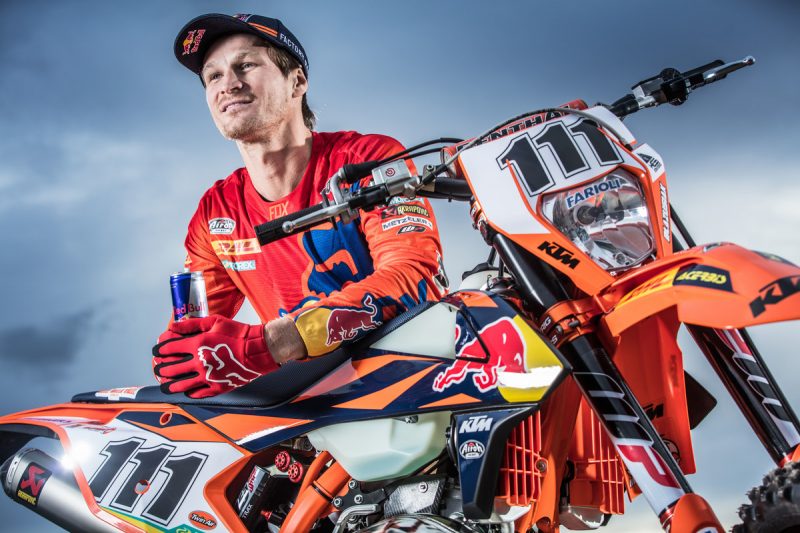 Taddy Blazusiak is a rider who needs little introduction to fans of enduro and offroad motorcycle racing. A five-time consecutive Erzbergrodeo winner, as the most dominant indoor enduro rider ever, on both sides of the Atlantic Ocean, Taddy’s pretty much conquered it all. All except the World Enduro Super Series.

Hanging up his professional racing boots in December 2016, Taddy called time on what was an illustrious racing career. But no sooner he had ridden off towards a well-deserved retirement, the ripening apple that is WESS quickly enticed him to return. Tempted by the mixed-discipline series that combines hard enduro, classic enduro, cross-country and beach racing across some of the world’s most prestigious events, Taddy knew he had some unfinished business to attend to. And with the title of ‘Ultimate Enduro Champion’ up for grabs, the Polish maestro now has his sights set on the sweet taste of success in 2018. 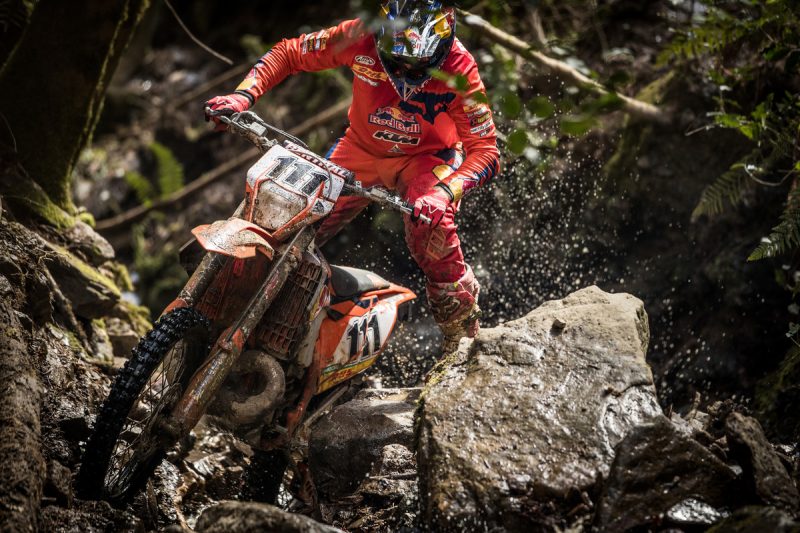 “To be honest I’ve been waiting for a championship like this for years. I think WESS is the real enduro series I’ve been looking for,” tells Blazusiak. “I love the concept. The calendar offers a varied mix of events starting in rocky Portugal and ending on the beach in The Netherlands with classic enduro, hard enduro and cross-country racing in-between.”

“Personally, I feel that this is what enduro needs – this is what our sport needs to advance. Enduro has many individual disciplines, so I think this will be a series for the real all-round, offroad racer. It fits a rider who can ride technical terrain or go sixth gear flat out down a beach.”

Starting in Portugal with the Extreme XL Lagares in May, the seven-round WESS championship takes in the iconic Erzbergrodeo Red Bull Hare Scramble during the first weekend of June. With little time to catch their breath, it then moves to France where riders will compete five days later at Trèfle Lozérien AMV. Switching gears, July’s Red Bull Romaniacs hosts round four before Taddy’s signature race, Red Bull 111 Megawatt, marks round five in September. Finally, Sweden’s Gotland Grand National and The Netherlands Red Bull Knock Out close out the WESS 2018 at the end of October and beginning of November respectively. Covering a vast array of events, WESS brings together a wealth of different disciplines that will see competitors dig deep into their skill set during the year. A championship where experience counts, Taddy feels that will be where his strengths lie.

“I’m a pretty good all-round guy – I can adapt. I’ve been around for a long time now so I know all the disciplines we’ll race. I know how to prepare for each one and prepare my bike too. I can swap from a 2-stroke bike to a 4-stroke bike easily enough depending on where we are racing, so I think that the ability to adapt will help me a lot.”

“Starting the series strongly is critical so we will focus hard to be ready for rounds one and two, while trying to work on the speed elements necessary for round three at Trèfle Lozérien. After that we can dedicate more time specifically to each event because we have a decent window of testing between each round.” 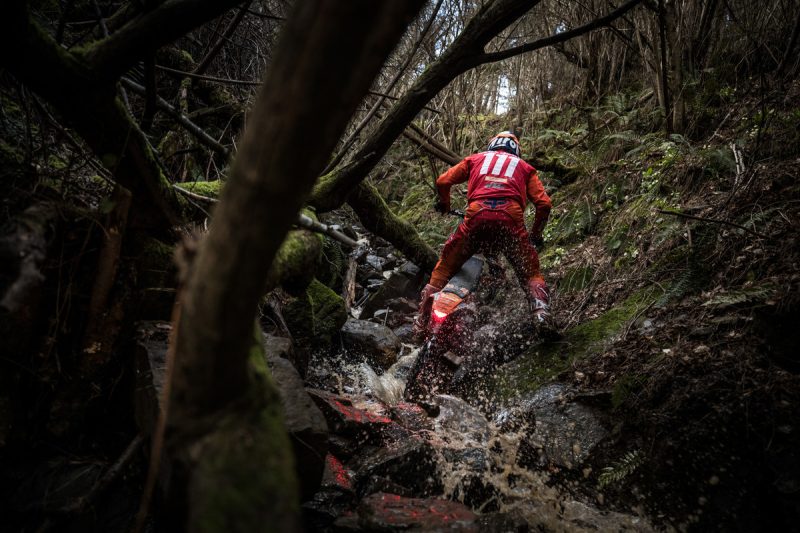 Known for his success in hard enduro, it’s actually the classic enduro format of the Trèfle Lozérien in France which excites Taddy the most. As the oldest discipline of enduro, he feels the history attached to traditional timecard racing needs to be embraced and celebrated. One of the purest forms of racing, it’s rider and machine against the clock – the fastest man wins.

“Of course, I’m known for SuperEnduro and hard enduro but I would like to see more classic enduro events added as the series develops,” offers Taddy. “I’ve done a lot of those races over the years and I love the discipline. It’s the pure sprinting aspect of timed special test racing that makes it special for me. It’s going to be hard competing against some of the grass track specialists at the Trèfle Lozérien but that’s also the challenge of WESS – adapting to different disciplines as best you can.”

“In all other disciplines you race your competitors shoulder-to-shoulder on the track at the same time, whereas with classic enduro it’s head-to-head against the clock. You are basically riding with 100 per cent commitment to go as fast as you can during each special test. It’s a cool way of racing that has so much history attached to it – it’s something that shouldn’t be forgotten about.” 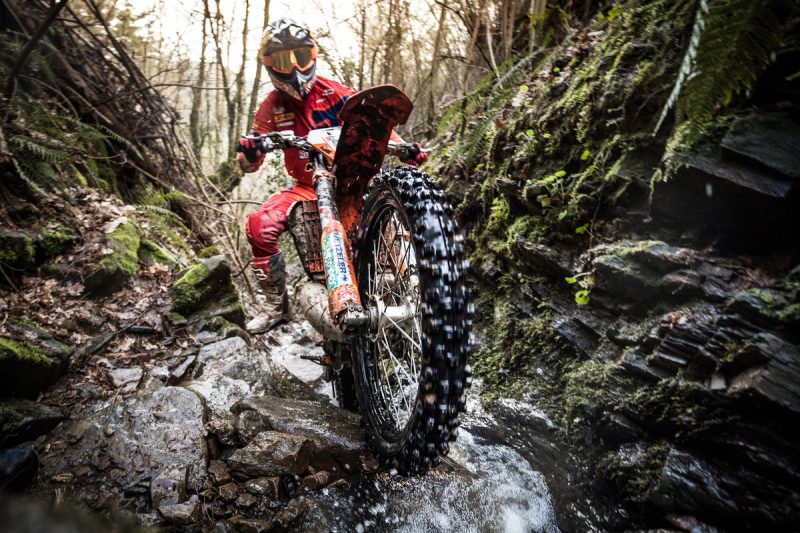 Mixing old with new, the Red Bull 111 Megawatt – Taddy’s signature race – is the youngest event on the 2018 WESS calendar. While events like the Trèfle Lozérien and Gotland Grand National are long established races with over 35 years of history each, September will mark the fourth edition of Megawatt. But despite its youth, it has quickly become Poland’s largest offroad race with the 1000 strong entry selling out in minutes. For Taddy, having the event as part of WESS brings an immense sense of pride. With its unique style Red Bull 111 Megawatt unquestionably embodies the spirit of WESS.

“Our race has grown so much in the last couple of years and it’s great to see it as part of WESS for 2018 – it’s a perfect fit for the series too,” explains Taddy. “Red Bull 111 Megawatt is labelled as hard enduro but it steers towards cross-country and even beach racing due to the sandy, multi-lap format of Sunday’s main event. Saturday’s qualifications are essentially special tests, so it even ticks the classic enduro box too a little. The Red Bull 111 Megawatt is WESS all in the one race.”

“But what’s more important is that it is about rider participation, something that’s unique to enduro, which no other form of motorcycling has. We’ve got over 1,000 riders of all ability, all racing together at the same time on the same track. It removes the elitist element from sport – on the start line everyone is equal.” 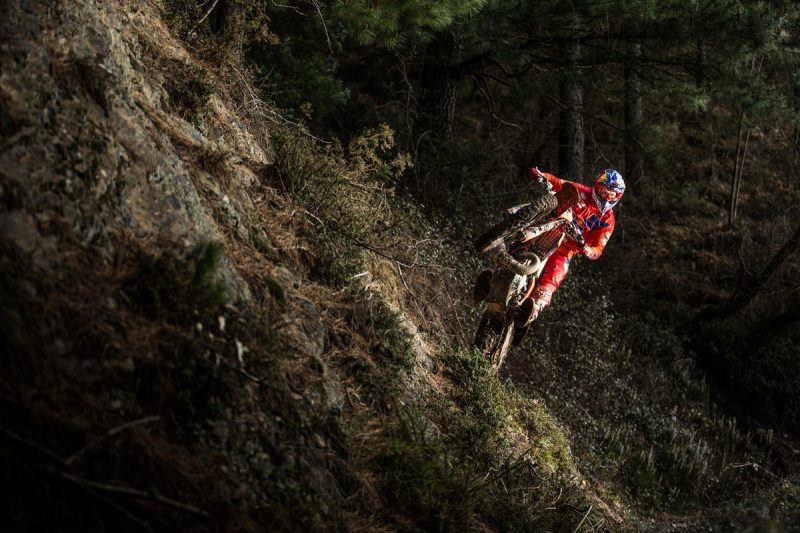 As a five-time winner of the Erzbergrodeo Red Bull Hare Scramble, the KTM rider knows what it’s like to stare down 1,800 entrants chasing the top step of the podium. With those wins coming consecutively from 2007 until 2011 on KTM machinery, it not only launched Blazusiak to the top of the world stage but ensured his name became synonymous with the Austrian race. When you talk about Erzbergrodeo’s Iron Giant, Blazusiak’s name is only ever a breath away.

“I have a lot of history with the Red Bull Hare Scramble, it’s helped build my career to where it is today. Never in my wildest dreams did I see myself winning it five times in a row with KTM. That will always stand as one of my greatest achievements in my career.”

“But I love the Erzbergrodeo because it’s so much more than just a race – it’s become a real dirt bike festival. Everyone is there because they all love the same thing, which is doing crazy things on enduro bikes. The level of competition has grown so much and there are a lot of guys easily capable of winning but I also feel that I’m one of them.” 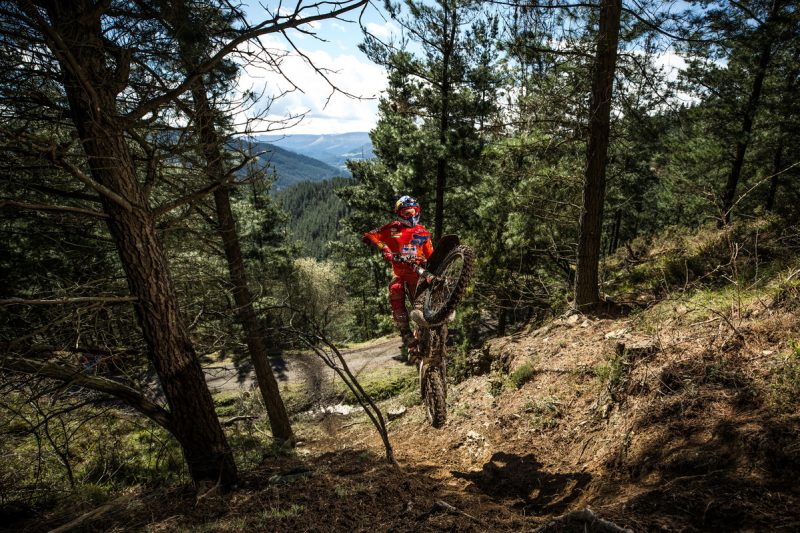 And where the outcome of this year’s World Enduro Super Series is concerned, he feels he can take on the best of them and win. Never one to do things half-heartedly, he’s got his eyes set on the biggest trophy of them all – that of becoming the Ultimate Enduro Champion.

“I didn’t come out of retirement to just ‘make up the numbers’,” asserts Taddy. “I race to win championships, so if I’m doing something I’m in it to do it right, at maximum effort. Winning WESS would be massive, like I said, it’s a dream championship for me and it’s the reason why I’m back.” 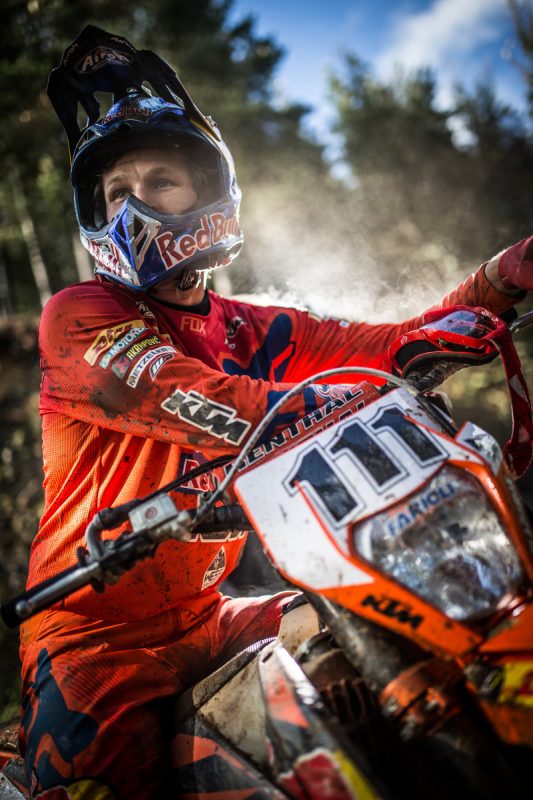 Red Bull KTM Factory Racing begin their participation in the seven-round World Enduro Super Series in Portugal with the Extreme XL Lagares on May 11-13.

62 Responses to Interview of the Month: “WESS is what enduro needs and I want to win it” – Taddy Blazusiak