1974 – Richard Nixon resigns due to the Watergate Scandal, the oil crises dominates the economic news and for the first time it was clearly revealed how much we depend on the oil resources. The disco sound conquers the world and in the “Rumble in the Jungle” – the sports event of the year – Muhammad Ali beats George Foreman at the famous boxing match. Even KTM, at that time still a very young motorcycle manufacturer, wins its first world championship. The first title, which was followed by many more.

The first purchasable “production racer” for motocross races was already produced in Mattighofen in 1968. However, the “Penton 125” could only compete in national races, since the 125cc world championship was introduced only in 1975. In 1971, KTM scented racing air at a world championship for the first time, when the new 250cc six-speed sports engine was ready for use. In its debut year in the 250cc class the engine was finally rewarded with a couple of championship points. However, pretty quickly it became clear that KTM would not stand a cat’s chance in hell against the dominating Swedish, Czech and Japanese manufacturers, who spend much money on their top riders, as long as KTM did not have the same budget. But already at that time, the Belgian and Swedish top riders came at a price, that was far above the KTM budget. However, the company boss Erich Trunkenpolz didn´t want to compete according to the Olympic motto “It´s the taking part that counts” – the guys from Mattighofen were rather going for an alternative capable of winning. 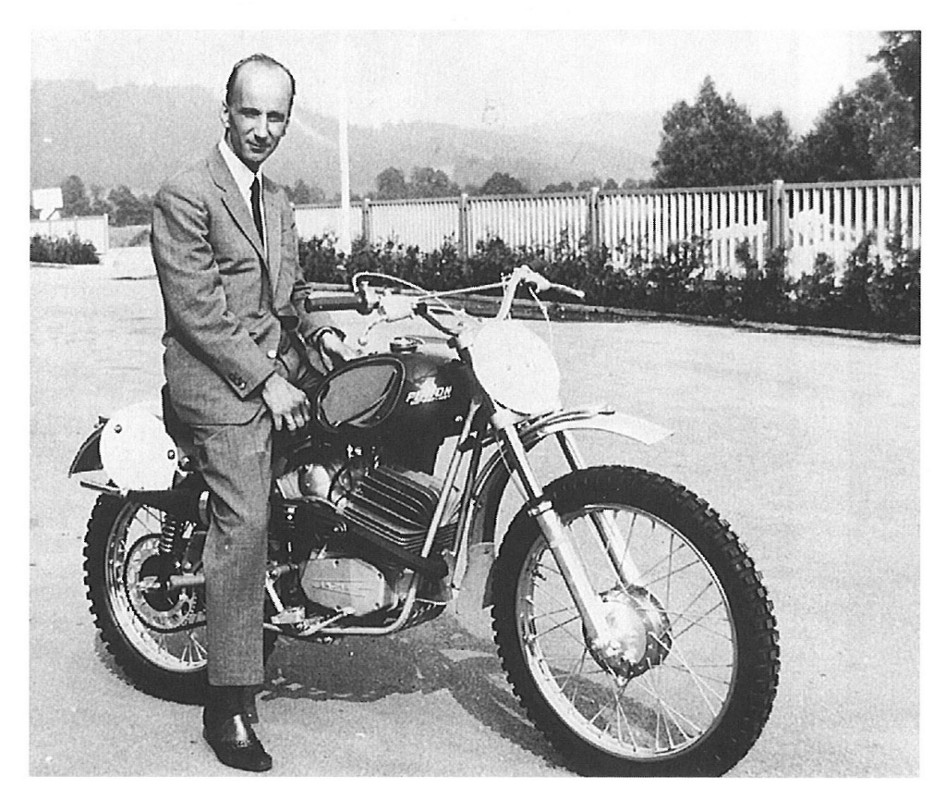 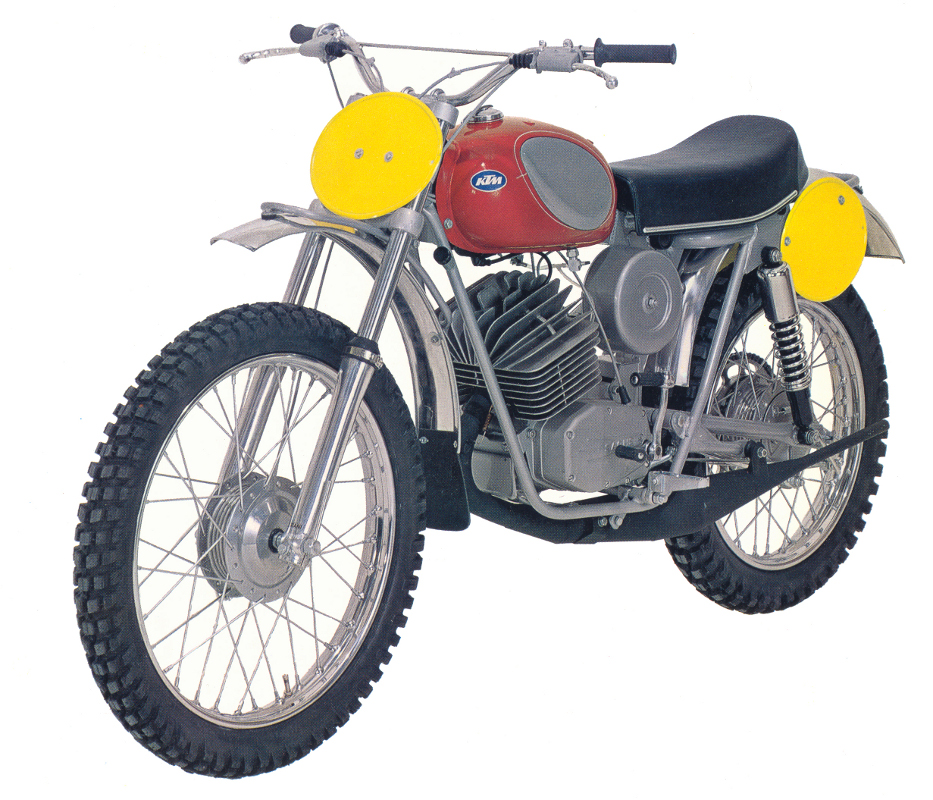 Review: In the early 70s, the world was midway through the Cold War. Even in racing it was quite obvious, that it was a prestigious clash between East and West – in some way the off-road sport had become the front line in motorsports. This became particularly evident at the International Six Days of Enduro – from 1961 to 1978, the trophy was won by teams from the GDR, (West) Germany and the CSSR with local brands.

There are hundreds of stories from this period that could easily fill the pages of numerous books. It will be unforgotten how a prospective title contender from the GDR jumped over the crash barrier at the Sweden GP after his engine broke down. Just one year later, he won the championship on a Japanese bike. Somehow it should be possible to make a rider from the other side of the Iron Curtain compete on a KTM in the Motocross World Championship.

Already in 1972, the team coaches realized that there were some pretty skilled riders in the Soviet 250cc team, who had hardly any chance of winning on their Czech bikes. Legend says the Soviet trainer was covertly approached by a KTM coach at the first championship round, whether his team didn´t want to test the KTM bike. As chance would have it, the bikes of the Russian team were stolen from the paddock at night – therefore, the KTM offer was a heaven-sent opportunity, since the team didn´t want to come off empty-handed.

Shortly afterwards, Vladimir Kavinov secured a spot on the podium and the political commissars gave up resistance. Henceforth, the KTM 250cc developed into the giant killer in the quarter-litre class. 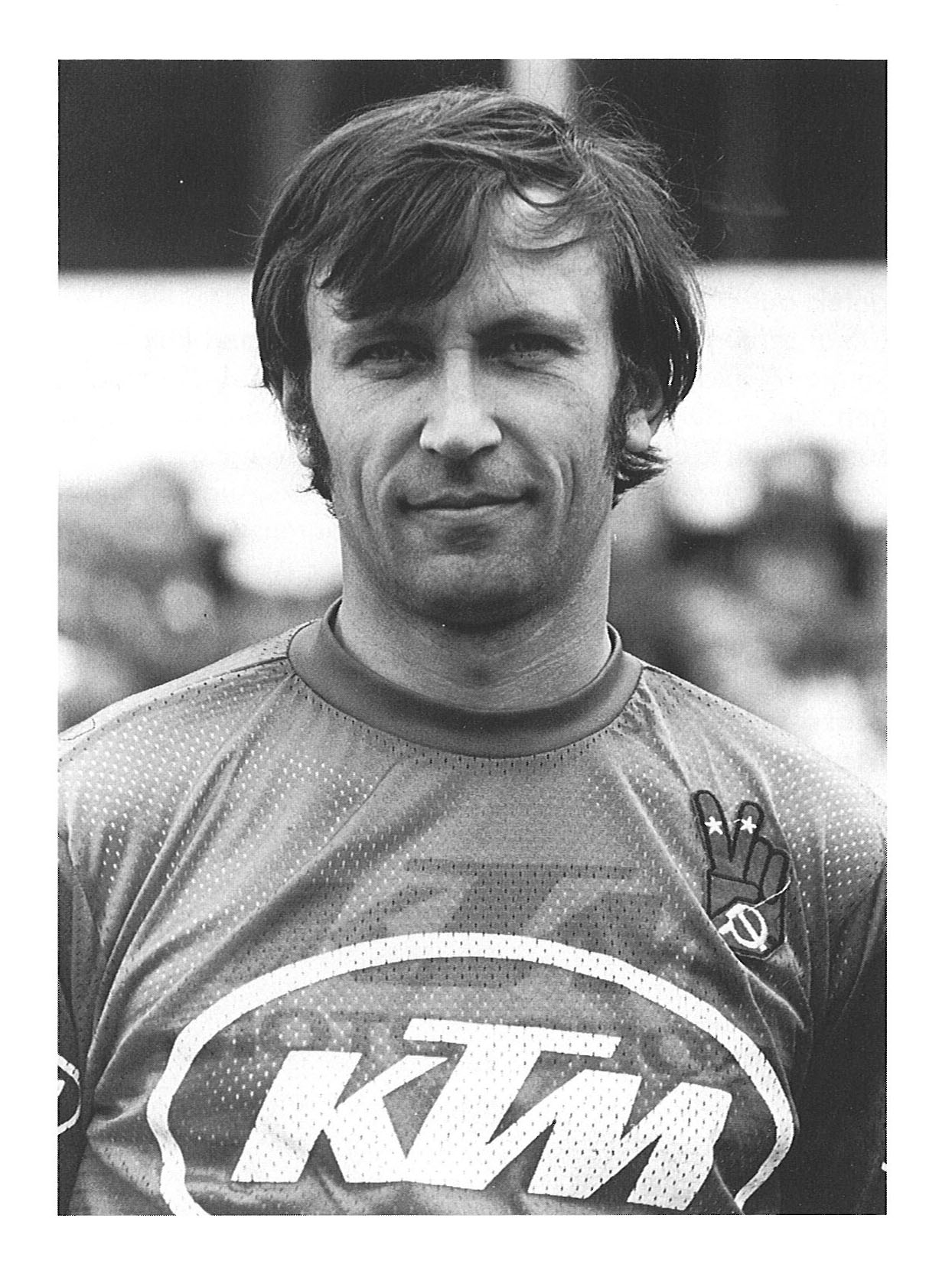 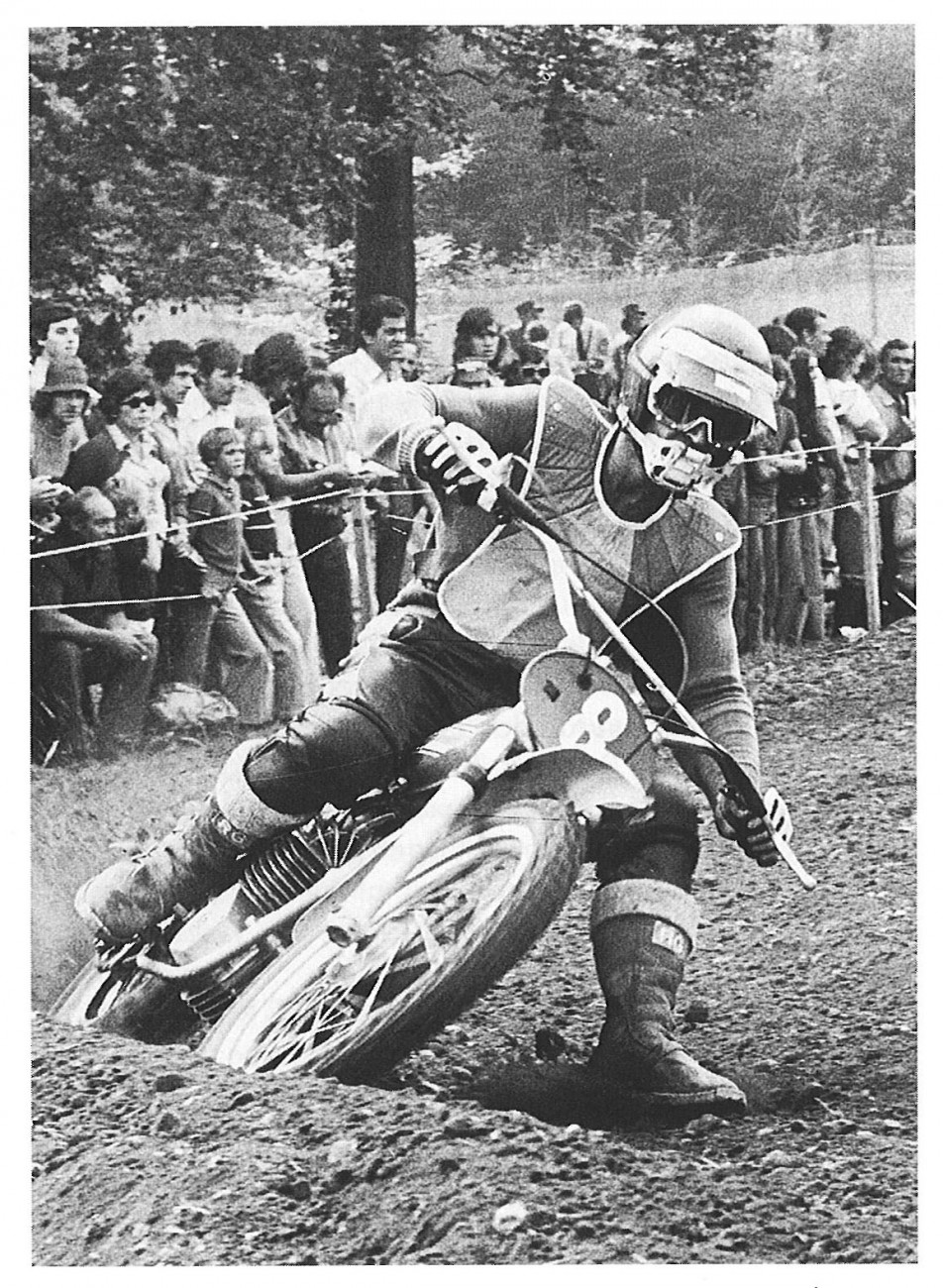 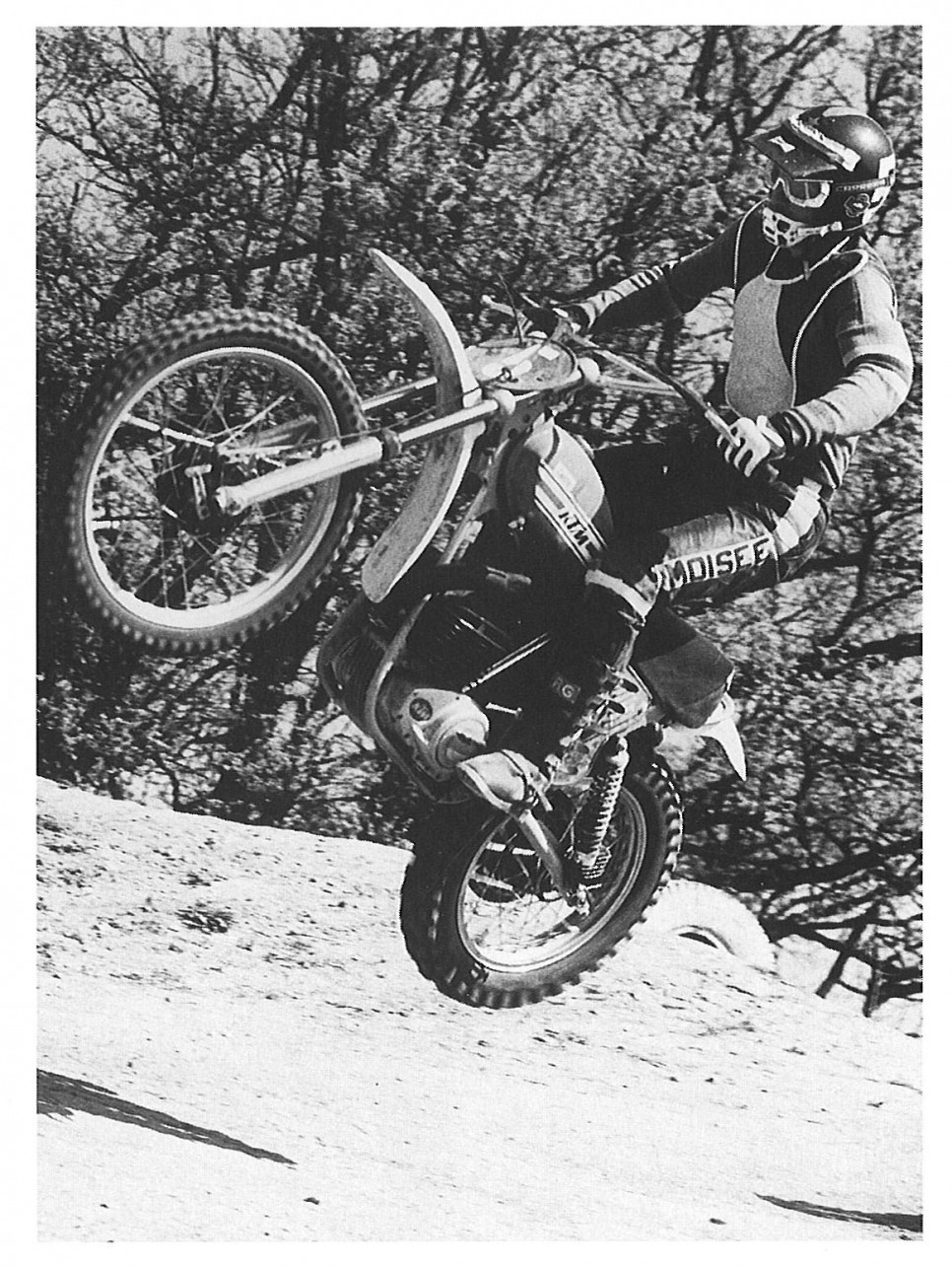 In 1974, the championship round in the Catalan town Sabadell-Tarrasa created a sensation. Gennady Moiseev from St. Petersburg, one of the Russian KTM factory riders, surprisingly won the season kick off. Afterwards, the season developed into a thrilling triathlon between KTM, the Czech and Japanese manufacturers . At the final round, in the Swiss town Wohlen, Jaroslav Falta, the only remaining rival in the fight for the championship, kicks himself out of the race with a jump start and Moiseev was the rightful champion and secured the first ever championship for KTM. 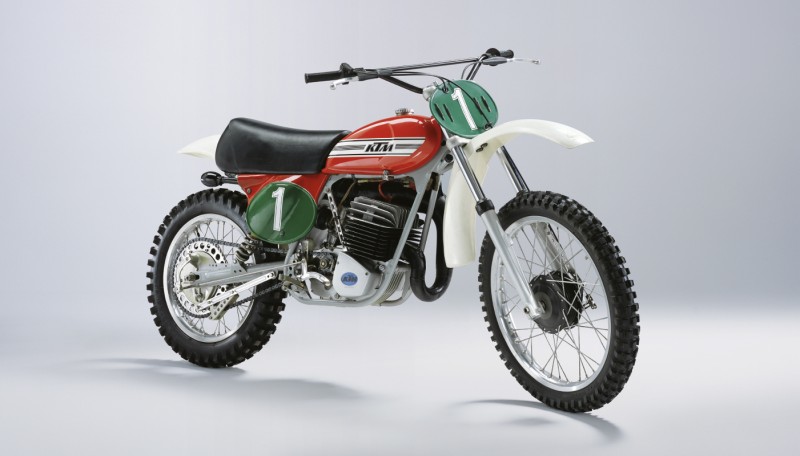 Two more times, in 1977 and 1978, the sports coach from St. Petersburg could win the 250cc championship for KTM. On top of that, KTM could also celebrate the first international title in Enduro racing. The Italian Imerio Testori won the European Championship in the 500cc category (the Enduro World Championship was only established in 1990) and thereby brought the longstanding dominance of the GDR and CSSR bikes to an end.

The successes gained by Moiseev and Testori laid the foundation of a 40 years track record. In the course of time, KTM won 27 motocross championship titles and 62 titles in enduro racing. Meanwhile, KTM is the second oldest motorcycle manufacturer in the German-speaking area and the world´s most successful off-road brand.