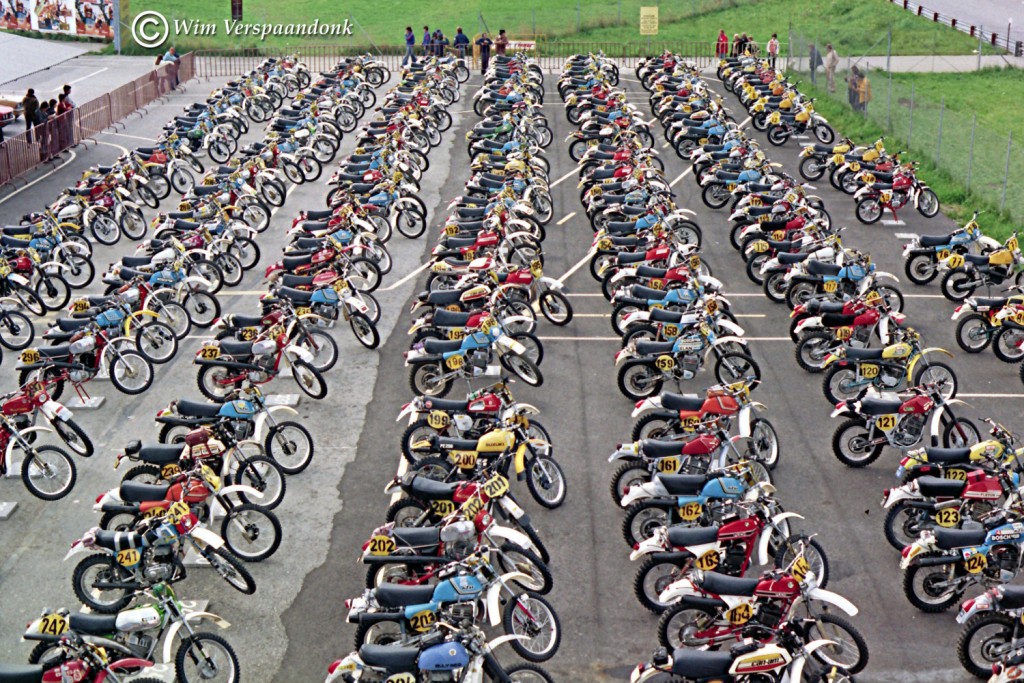 When all the motorcycles are lined up in the parc fermé on the eve of the 91st International Six Days Enduro (ISDE) in Navarra, Spain, one color will dominate, as it has for many years: orange. But six decades ago, KTM started out small at the 31st International Six Days Trial. Egon Dornauer and Kurt Statzinger won the first two gold medals for KTM, to be followed by many more in the decades to come. 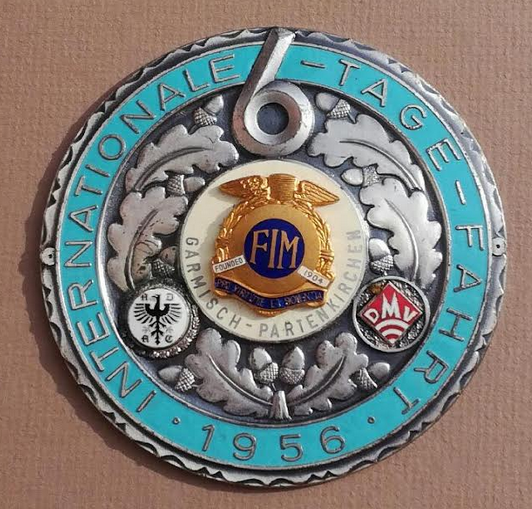 The 1st International Six Days Reliability Trial (ISDT) took place in Carlisle, Scotland, from August 18 to 23, 1913. Taking place over six days, this reliability trial was open to motorcycles with sidecars as well as the three-wheeled vehicles that were especially beloved in England. The different national teams battled for the Trophy on vehicles that had to have been manufactured in their respective home countries. Although the regulations have changed many times through the years, the basic idea remains the same today: The competing teams have to cross the finish line with as many team members as possible after six days. The winner of that first race was Great Britain – with William Gibb riding a 350cc Douglas with 2.75 horsepower, Billy Little on a 500cc Premier with 3.5 hp, and Charlie Collier at the controls of a 1000cc Matchless bike-and-sidecar combination with an impressive 8 hp. Due to World War I, the 2nd ISDT took place in 1920 in Grenoble, France, where the Swiss team won the Trophy with their Condor and Motosacoche bikes. The 1924 race was the first one in which countries with no homegrown motorcycle manufacturers could compete for the “Silver Vase”. Originally, all teams had three riders, but starting in the late 1940s, five-man teams fought for the Trophy while the three-man teams sought the Silver Vase. As motorcycles became more and more reliable, FIM decided to increase the difficulty level 60 years ago. Starting in 1956, Trophy teams had six members and Silver Vase teams had four; they all had to reach the finish line after six days with no outside help in order to be ranked. The Six Days gradually became known as the “Olympics of Motorcycling”.

Because the West German team won the 1955 Trophy in the Czech city of Gottwaldov, now known as Zlín, the 1956 ISDT took place in Garmisch-Partenkirchen, West Germany. KTM, a new bike manufacturer that had only started producing motorcycles three years before, was immediately represented on the Austrian Trophy team with four riders, all of whom made it to the finish line after six hard days. Alongside the first gold medals, won by Egon Dornauer and Kurt Statzinger on 125cc bikes, Fridolin Muck and Helmut Schachner started in the 175cc class and brought bronze medals back to Mattighofen. No less than 42 manufacturers took part in that year’s race, from Adler to Zündapp – most of which no longer exist. Today, only KTM and Husqvarna are still active in the Enduro event. 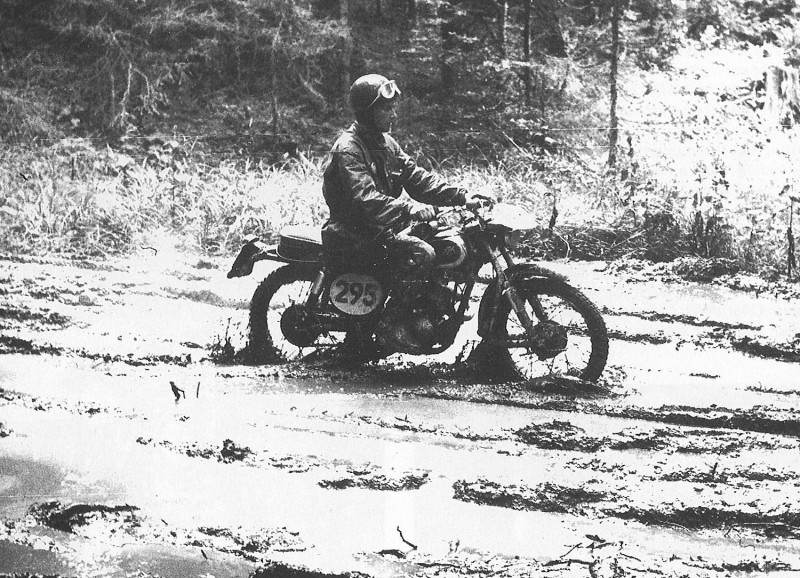 The motorcycle crises in the late 1950s affected KTM as well, and it suspended motorcycle production to concentrate on the 50cc market, for which high growth rates were expected at the time. KTM did not send another factory team to the event until 1964, when the six-day ride took place in Erfurt in the former East Germany. But what really got the ball rolling was when the American John Penton started having KTM build offroad bikes to his specifications in 1968. Thirteen of Penton’s KTMs took part at the “Sei Giorni” in San Pellegrino, Italy, and one year later in “Ga-Pa” (as offroad fans from around the world call Garmisch-Partenkirchen), riders from seven countries were already putting their trust in the little 2-stroke bikes from Mattighofen. The die was cast, and once the new models with their own KTM motors went on sale, these Austrian bikes were the top choice for private riders with a hunger for victory. 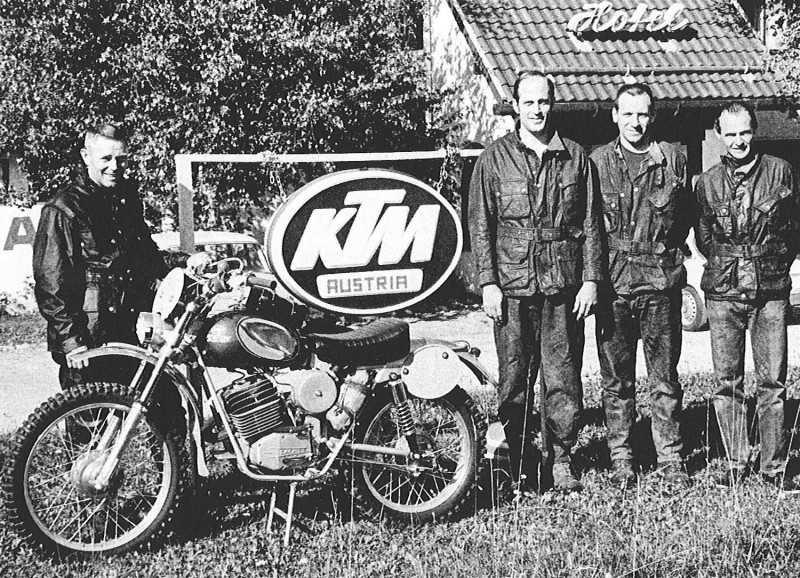 In 1973, the ISDT crossed the ocean for the first time. On their home turf in Dalton, Massachusetts, the American Trophy team all started on Penton KTMs and pulled off an impressive 5th-place finish. 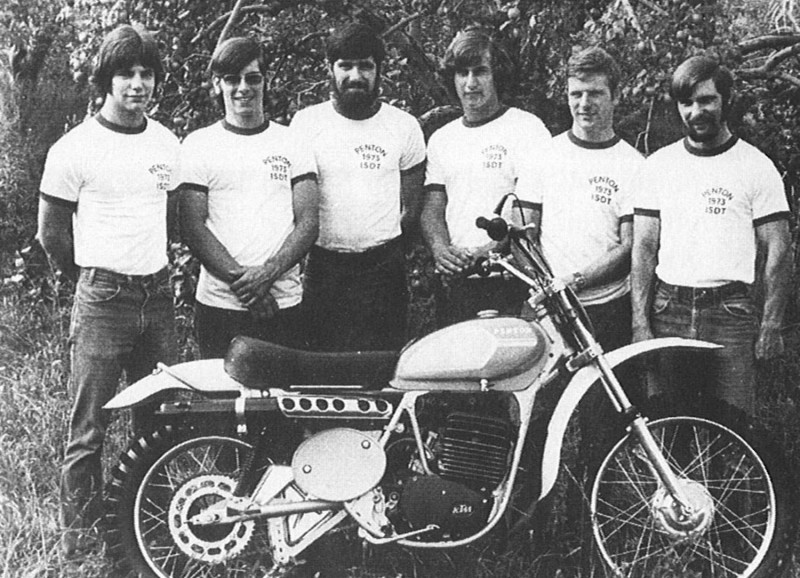 40 years ago, the track now known as the Red Bull Ring, in the Austrian state of Styria, played host to the Six Days. The dominant color in the riders’ paddock was blue – the preferred “war paint” for KTM SIX DAYS bikes at the time. Almost one in three of the 300 or so participants was on a KTM. A good choice, as it turned out, because 20 years after those first two gold medals, no fewer than 49 KTM riders crossed the finish line after six days to take the gold, and Harald Strößenreuther and Alessandro Gritti also won the 125cc and 250cc classes. 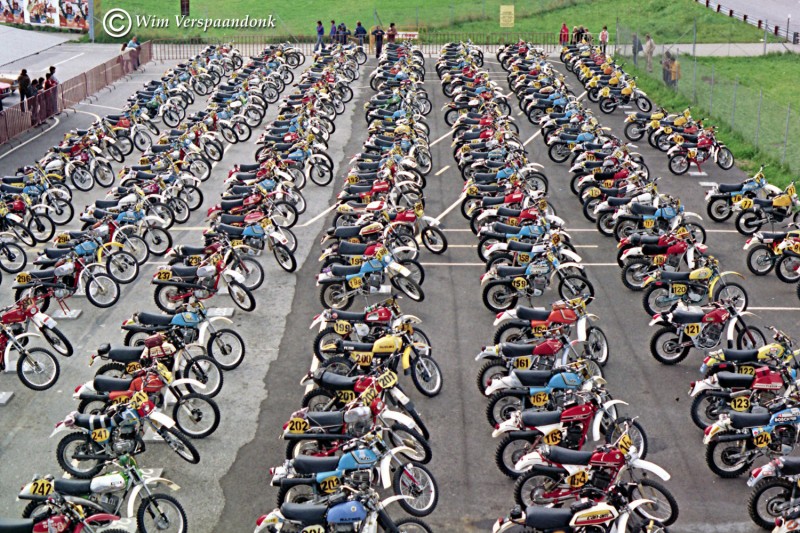 The ISDT was held for the last time in 1980 in the French commune of Brioude, before the Enduro era began in 1981 with a new name (International Six Days Enduro/ISDE), new regulations, a streamlined class system, and since 1994, even a scratch result for the Trophy and Vase teams. And even with the new regulations, riders stuck with the fast, reliable KTM Enduros that first became available 30 years ago straight from the factory in special Six Days editions – as they still do today with SIX DAYS models enhanced with plenty of KTM PowerParts. Lots of carefully-considered details spared the riders the effort of complex prep work on their bikes – they were delivered in READY TO RACE condition to the northern Italian city of Bergamo, the site of the “Sei Giorni.” The engines were specially selected on the test stand, a standard center stand made removing wheels easier, and a double-walled exhaust pipe provided protection from flying rocks.

Italy dominated in the 1990s when it came to Trophy wins. Of course, that was due in no small part to the enterprising KTM importer Arnaldo Farioli, whose top riders such as Stefano Passeri, Mario Rinaldi and Giovanni Sala were regular fixtures on the Italian teams. 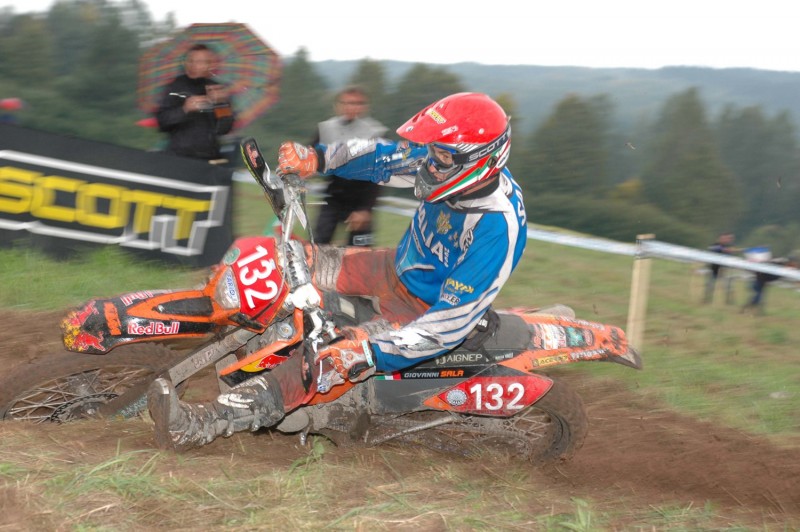 In the past few years, KTM has continued to perfect its support for ISDE participants, and offers a comprehensive service package for both pro and amateur riders. These private riders can concentrate fully on the competition, while KTM takes care of technical support and rider assistance. 2- and 4-stroke motorcycles can also be rented for the six-day ride, and are delivered to Navarra in READY TO RACE condition.

For the first time, Trophy teams have been reduced to four riders, and Junior Trophy teams to three riders, after six decades at six and four riders, respectively. National associations had been finding it increasingly difficult to cover the costs of a national team, and the possibility was already being considered of holding the Six Days event only once every two years. But the 465 club and individual riders that yesterday rolled their bikes up to the starting line show quite clearly how popular the “Olympics of Motorcycling” still is, after more than 100 years.

For more information on the 2016 Six Days click here.