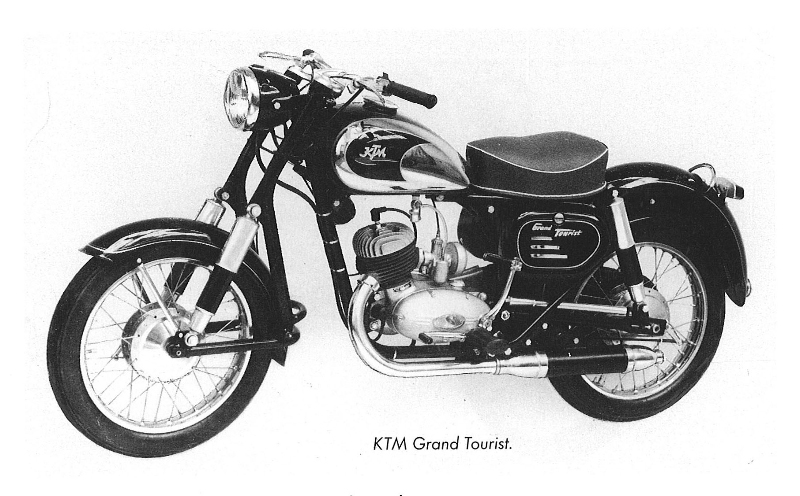 1955 – that’s sixty years ago now. Many of us only know about the world back then from the tales of our parents. In 1955, Argentinian Juan Manuel Fangio became Formula 1 world champion for the third time, four-time world champion Alain Prost, one of Fangio’s successors, saw the light of day, as did Microsoft founder Bill Gates and Steve Jobs, one of the Apple founders. The genius that was Albert Einstein, one of the world’s most important physicists, died and Hollywood idol James Dean was killed in a car crash, while driving his Porsche Spyder. Bill Haley’s “Rock Around The Clock” topped the charts and the evergreen, million-selling “Unchained Melody” was written.

Everything was well in the motorcycle world, the Second World War had ended ten years previously and the economy was picking up again. Many could now afford a motorized set of wheels, although an automobile was still not within most people’s reach. On the other hand, motorcycles were very popular, with the lack of protection from the elements having to be accepted.

KTM founder Hans Trunkenpolz was early to see the signs of the times and presented his first motorcycle to the public in 1953. While the R 100 was still technically very simple in design, with its pull-cord starter and hand-operated two-speed transmission, the R 125 Tourist, which followed one year later, was the “motorcycle for work and travel”. The Rotax engine – an Austrian version, manufactured under license, of the modern Sachs engine – was now brought to life by a kickstarter and power of more than 6hp was applied to the road via a foot-operated three-speed transmission. The Tourist placed KTM on an equal footing with competitive brands, mostly based in Germany. 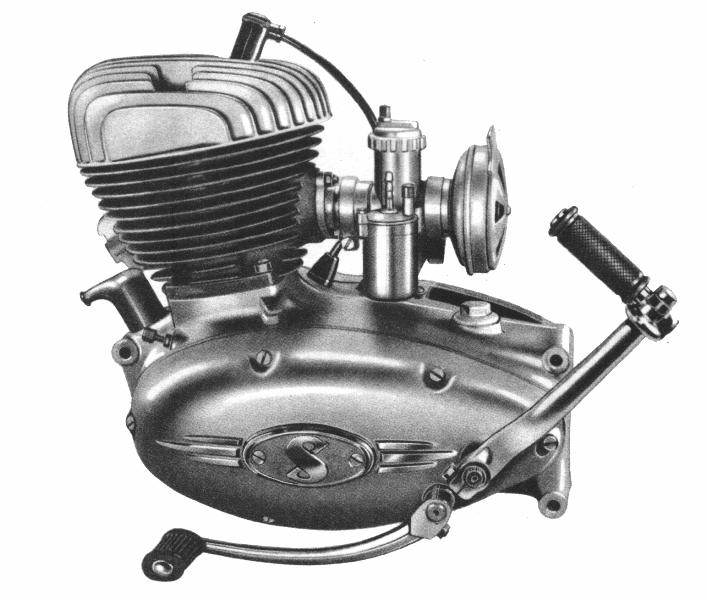 Then in 1955, the young company presented its third model, the Grand Tourist, at the Vienna International Spring Fair. The most noticeable distinguishing feature compared with the Tourist was the new front fork, which had been from the 125cc racing machine. Instead of a telescopic fork, a three-dimensional design with displaced leading link was employed, named the Earles fork after its inventor. Although Earles forks have been regarded as technically outdated since the 1970s and are now only fitted, if at all, to motorcycles with sidecars, there were weighty reasons back then at KTM for switching from the telescopic fork to an Earles swingarm fork.

The telescopic forks of the 1950s cannot be compared with today’s high-tech components. Six decades ago, forks were used primarily for front-wheel steering and suspension. They were consequently far from torsion resistant and functional damping was nowhere to be found either. The oil or grease filling in telescopic forks served the sole purpose of lubricating the sliding parts. In this respect, an Earles fork made sense at the time from a technical perspective, because they allowed hydraulically damped shock absorbers to be employed, as tried and tested for many years in rear suspension systems.

Analogously to the rear swingarm with its pivot point in front of wheel axle, the front swingarm had its pivot point behind the wheel axle and braced itself against the fork tubes via two oil-damped shock absorbers. Such technical disadvantages as the high moment of inertia of the heavy tubular construction could be ignored back then. In return, the fork no longer dipped when braking, because the design caused the front of the vehicle to rise, yet without stiffening the suspension. In addition, all four shock absorbers on the Grand Tourist were equal in length and could be dismantled for overhauling, a benefit not to be underestimated in the event of a fault. Earles forks quickly became state of the art and even the first choice for half-liter Grand Prix racing machines. It wasn’t until another decade later that the time came again for telescopic forks, when companies such as Ceriani began to offer modern forks with functional damping. 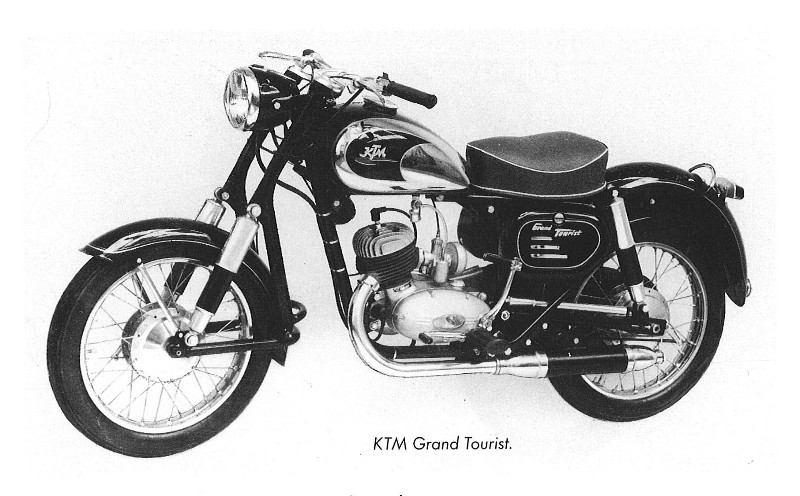 However, the Grand Tourist was not only associated with sales success but also racing successes. In contrast to the special designs for road racing machines, KTM relied on production-ready technology in offroad sport. It just made sense to take the stable swingarm chassis from the Grand Tourist and adapt the machine for its new intended purpose with wider handlebars, knobbly tires, and an elevated exhaust. Although the bike was only listed in contemporary product catalogs as the “KTM 125,” it was actually the specially prepared version of the Grand Tourist.

Another interesting version of the Grand Tourist was that used by the ÖAMTC. The Austrian automobile club bolted a transport sidecar packed full of tools and spare parts to the 6.1hp machine and deployed 28 of these KTM Grand Tourist bike/sidecar combinations on Upper Austrian roads as roadside assistance vehicles. Thanks to the striking yellow color of the KTM combination, stranded drivers were soon referring to the roadside assistance operators as “yellow angels.” 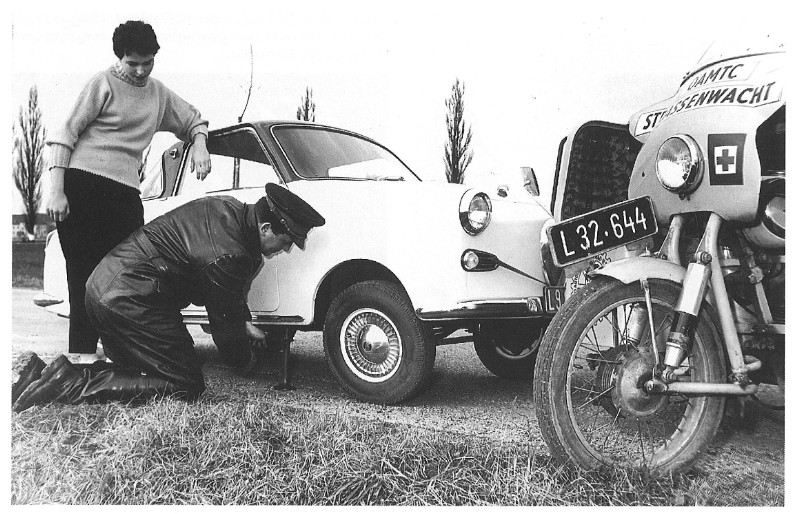 Around 6000 Grand Tourists were built before the tried-and-tested machine made way in 1958 for the more powerful Tourist Trophy with four-speed transmission.