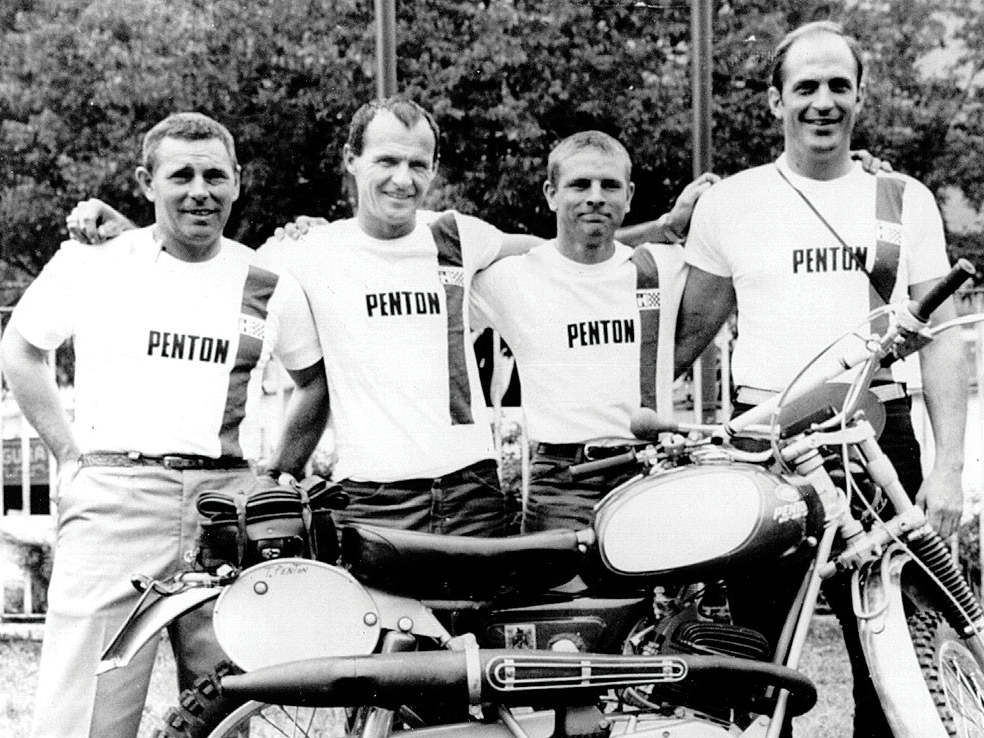 2018 marks the first-ever World Enduro Super Series, the first competition to combine the Hard, Classic, Beach, and Cross-Country disciplines – including the Red Bull Hare Scramble on the Erzberg. According to Winfried Kerschhaggl, manager of the WESS Series: “The sport has grown tremendously in recent years, now it’s time for a championship that brings the key events together.”

With one round to go, six KTM riders number among the top ten, with Manuel Lettenbichler one of those snapping at the heels of the leaders. The racers from Mattighofen are considered hot favorites for the WESS title. 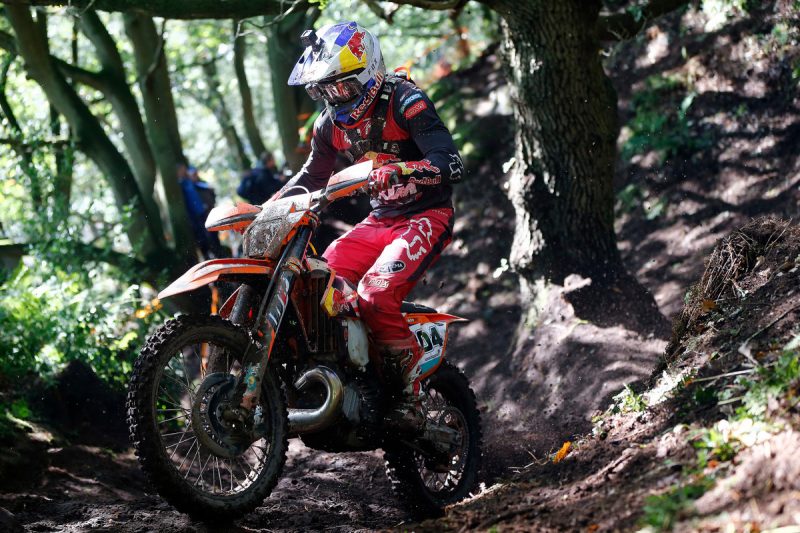 On the other hand, the shine has to some extent come off the International Six Days Enduro in recent years, once likened to the Olympics of motorcycling.

Ever since John Penton set the ball rolling at the end of the 1960s with his call for the series manufacture of offroad machines, KTM has been heavily involved in classic enduro sports, both in national championships as well as in the European and later world championships. However, the Six Days Enduro, the annual highlight of the season in autumn, was not initially an event for individual riders. Instead it was a team competition similar to the MX of Nations in motocross. In addition to the World Trophy for national teams that until recently were made up of six riders, the “Silver Vase” was for teams of four.  The “Manufacturers Award” was of particular interest to manufacturers involved in offroad racing. In this competition a team of three riders aimed to cross the finish line without picking up any penalties with the aim of demonstrating the speed and reliability of their brand.

Delivery of the first Penton offroad machines was taken in the USA in 1968, and a week later they got the opportunity to show just what they could do at the Stone Mountain Enduro in Georgia. Six short months later at the end of September, the Penton squad and their machines made a return to Europe to enter the “43rd Sei Giorni Internazionale di Regolarita”, the International Six Days Enduro in San Pellegrino, Italy. There’s no doubt it was a big risk taking the four small machines, with just 475cc between them, to the Bergamasche Mountains for their first European competition. But, John Penton, straight from his Stone Mountain victory in the USA, was undaunted. Together with his son Tom Penton, Dave Mungenast, and Leroy Winters, the Penton Vase team ended in 10th place: more than a good result when one considers that a year earlier the machines were not even on the drawing board. Incidentally, the winners that year were the Italian Vase team that included Arnaldo Farioli, later to become a KTM importer. 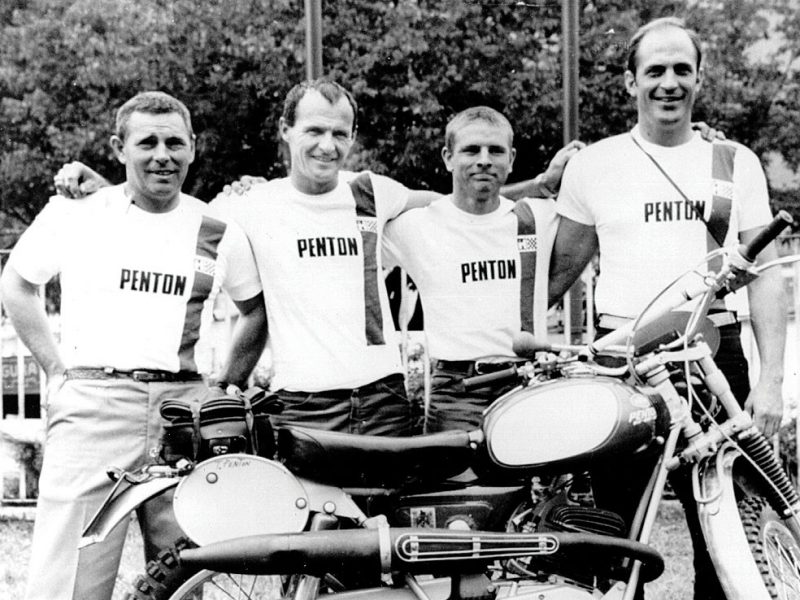 Ten years on and KTM won the Manufacturers Award for the first time. The Six Days took place between September 4 and 9, 1978 in the environs of Värnamo in Sweden and, at the end of six hard days racing, KTM led the board in a total of 45 brand teams.

At that time, international enduro racing was in the hands of the various national importers; only the entry in the Motocross World Championship came directly from the factory in Mattighofen. Seven importers from Belgium to the USA started with KTM brand teams in Sweden. In Harald Strößenreuther, Reinhard Christel, and Paul Rottler, KTM Germany importer Toni Stöcklmeier, himself once a successful Six Days racer and 1974 German offroad champion in the 350cc category, put forward three reigning national champions all the same time. These three competed valiantly and by the end took 40 seconds and nearly a minute off the Zündapp and Jawa teams, who had started as favorites. 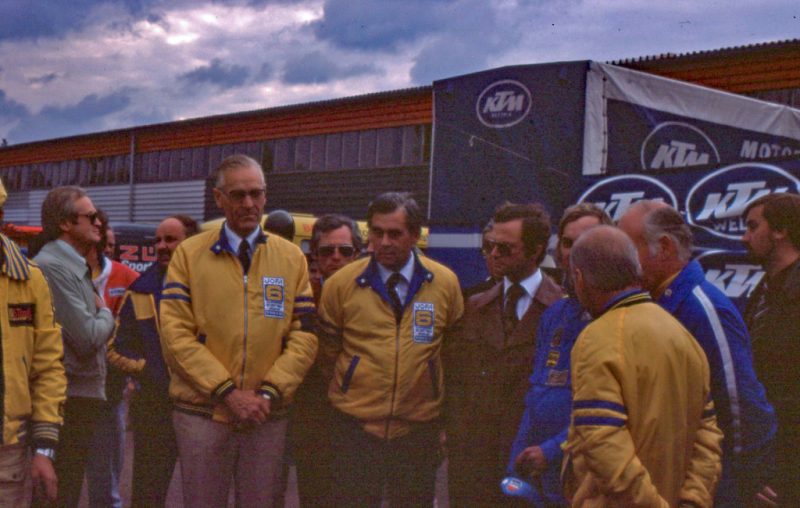 Today, the International Six Days Enduro is the offroad event with the longest tradition. Originally called the International Six Days Reliability Trial, this was an endurance race for motorcycles and threewheeler that was held for the first time in 1913 in Carlisle (UK). Since then the International Six Days Enduro, or the “Olympics of Motorcycling” as it is often known, has taken place every year in autumn, with the exception of the two world wars. This year it is being held for the 93rd time in the Chilean city of Viña del Mar. Albeit, it has to be said that the “Six Days” has lost much of its appeal these days. There has even been talk of making the one-time highlight of every offroad year a bi-annual event. Having said that, there’s one thing that won’t change this year – when the 600 participants push their bikes up to the starting line on November 12, the color orange is set to dominate again. Like many professional racers, many private riders continue to put their trust in KTM – the service and lease package was completely booked out in next to no time. And, as in other years, a special “Six Days” version is available again, clearly identifiable by its special decal in honor of the host country. 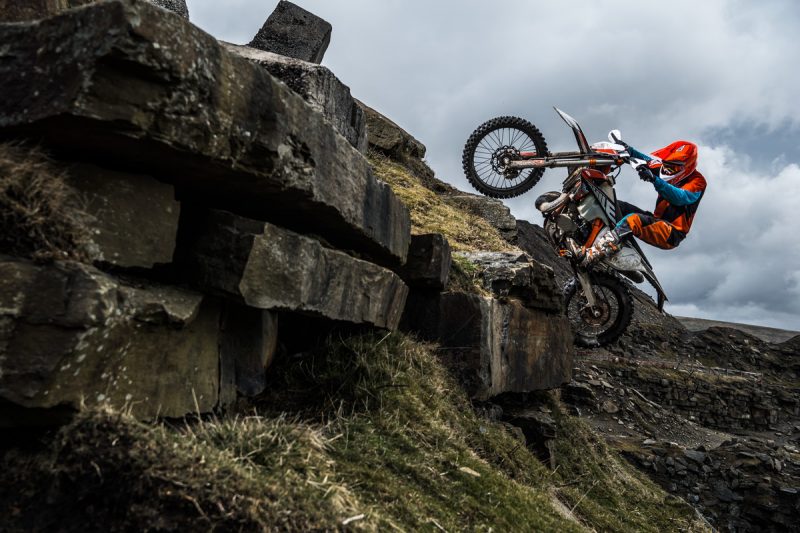 Two days before the start of the Six Days, the first season of the WESS ended with the Red Bull Knock-Out Beach Race in the Dutch city of Scheveningen with the KTM stars Manuel Lettenbichler, Josep Garcia, Taddy Blazusiak, Jonny Walker, and Nathan Watson – the enduro season promises to be action-packed right to the end.