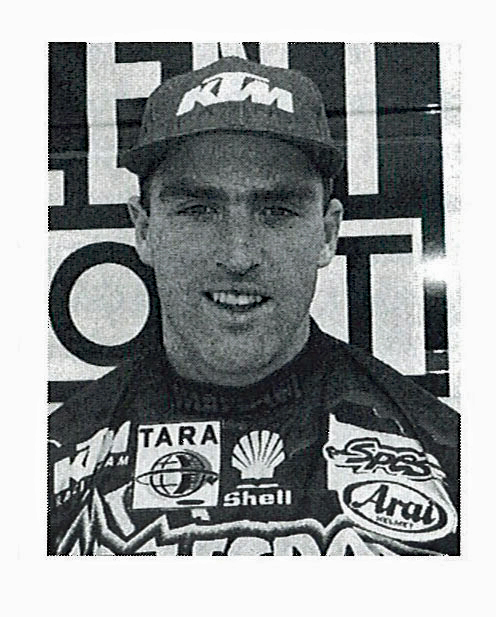 KTM is one of only a handful of manufacturers to have won a title in all classes of the Motocross World Championship since it was first staged six decades ago. Following in the footsteps of Gennady Moiseev, who claimed the first 250cc victory in 1974, Trampas Parker won the 1989 125cc title, and exactly 20 years ago, New Zealander Shayne King completed the series with his triumph in what was at the time the “premium class”: 500cc.

Ever since the 125cc Penton KTM first came on the scene in 1968, riders started competing at the increasingly popular motocross events on racing bikes from Mattighofen – albeit only at a national level to begin with, as back then there was no international race series for the 125s. This was about to change though, as KTM expanded its range to include a new 250cc Motocross bike. While on the lookout for a top rider for the new MC 250, fate played right into KTM’s hands. At the first world championship race of 1973 in Avignon, France, the Russian riders were left without a ride – their transporter with the bikes on board had been stolen from the paddock during the night before! KTM demonstrated their sportsmanship by fixing up the Russian competitors with 250cc bikes and were rewarded with excellent results. Only a few weeks later, a contract was signed with the Russian association for 1974. In the very first year, Gennady Moiseev won the first of 31 world championships that KTM has enjoyed to date. Heinz Kinigadner, an Austrian astride an Austrian motorcycle, was crowned world champion in both 1984 and 1985, but was denied another title after switching to the half-liter class. Later in 1989, American competitor Trampas Parker was able to challenge the dominance of the Japanese manufacturers in the 125 cc class, who had held world championship status since 1975. In the half-liter class too – the then premium class – KTM came within a whisker of the Japanese makers. A total of four runner-up finishes in the world championships for Kurt Nicoll, Jacky Martens, and Trampas Parker sent a clear signal, even if they were denied the final bit of luck that would secure them the title.

Then at last, in 1996, the jinx was lifted for the mighty KTM. When 500cc world championship runner-up Trampas Parker left KTM at the end of the 1995 season, a new era was ushered in with his successor Shayne King. The ambitious Kiwi joined the German Silent Sport racing team and piloted the new KTM 360 SX. The 360 was so powerful and easy to handle that there was no need to make use of the full 500cc displacement. Silent Sport, a motorsport enthusiast and manufacturer of materials for motorcycle silencers, had already seen success in the German Motocross World Championship for some years, so King was met with an experienced team where he felt at home straightaway. Before the final race of the 1996 season, the New Zealander was leading the pack by a long stretch and had no reason to worry about the last event: “I prepared myself for the race just as I would for any other and simply ramped up the speed”. His success proved how right he was, as he finished a clear 26 points ahead of Joël Smets, who finished the season in second place on his Husaberg. King’s victory secured the fictitious “875cc world championship” for KTM, which was racked up from achieving a world championship title in each class at the time: 125cc, 250cc, and 500cc – or altogether 875cc. Only three manufacturers had managed this in the 40-year history of the Motocross World Championship.

Shayne King was born into a motocross family in New Plymouth, New Zealand, in 1975. His father, Ash, was a motorcycle dealer and an exceptional motocross competitor himself, while his older brother Darryl was among the world elite in the 1990s. Shayne, who had won New Zealand’s junior championship in the 125cc class at the age of just 11, participated in his first world championship race in 1993 and later relocated to Belgium, where many top riders still have a second home today due to the ideal training conditions. The following year King still counted among the top riders in the 500cc class, coming in third behind Joël Smets and his older brother Darryl in the world championship. In 2007, after 20 years on the circuit, Shayne King ended his career. His success was recognized in 2008 when he was admitted into the Hall of Fame for being the first motocross world champion from New Zealand. Meanwhile, KTM’s first half-liter title went down in motocross history as the last victory in the 500cc world championship on a two-stroke machine.

A new rule introduced in motocross in 2004 sees two-stroke bikes with a corresponding displacement handicap compete against those with 4-stroke engines. KTM has also been victorious in all world championships classes since then. Tony Cairoli has been crowned MXGP world champion five times on a KTM bike and KTM is especially dominant when it comes to the smaller MX2 class. No less than ten of the 14 titles awarded to date have gone to KTM riders. At the penultimate GP of the season in Charlotte Jeffrey Herlings´ biggest and only remaining competitor, the Swiss Jeremy Seewer, only had a theoretical chance of winning the title. With a victory in the first moto, the Dutch didn´t miss the chance and was crowned MX2 World Champion.