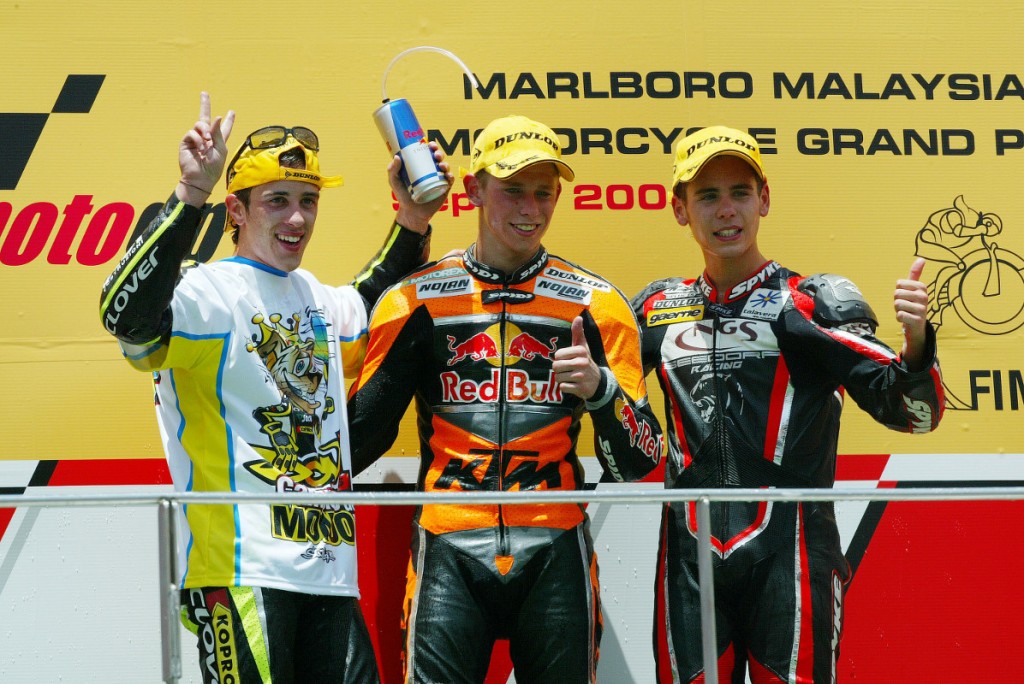 Giacomo Agostini, Mike Hailwood, Geoff Duke and Angel Nieto – today, the world champions of the 1950s and 1960s are motorsport legends. One of their successors is the Australian Casey Stoner, who won the first road racing GP for KTM this weekend ten years ago.

50 years after manufacturing the first motorcycles, KTM and its 125 FRR re-entered the road racing GP in 2003. 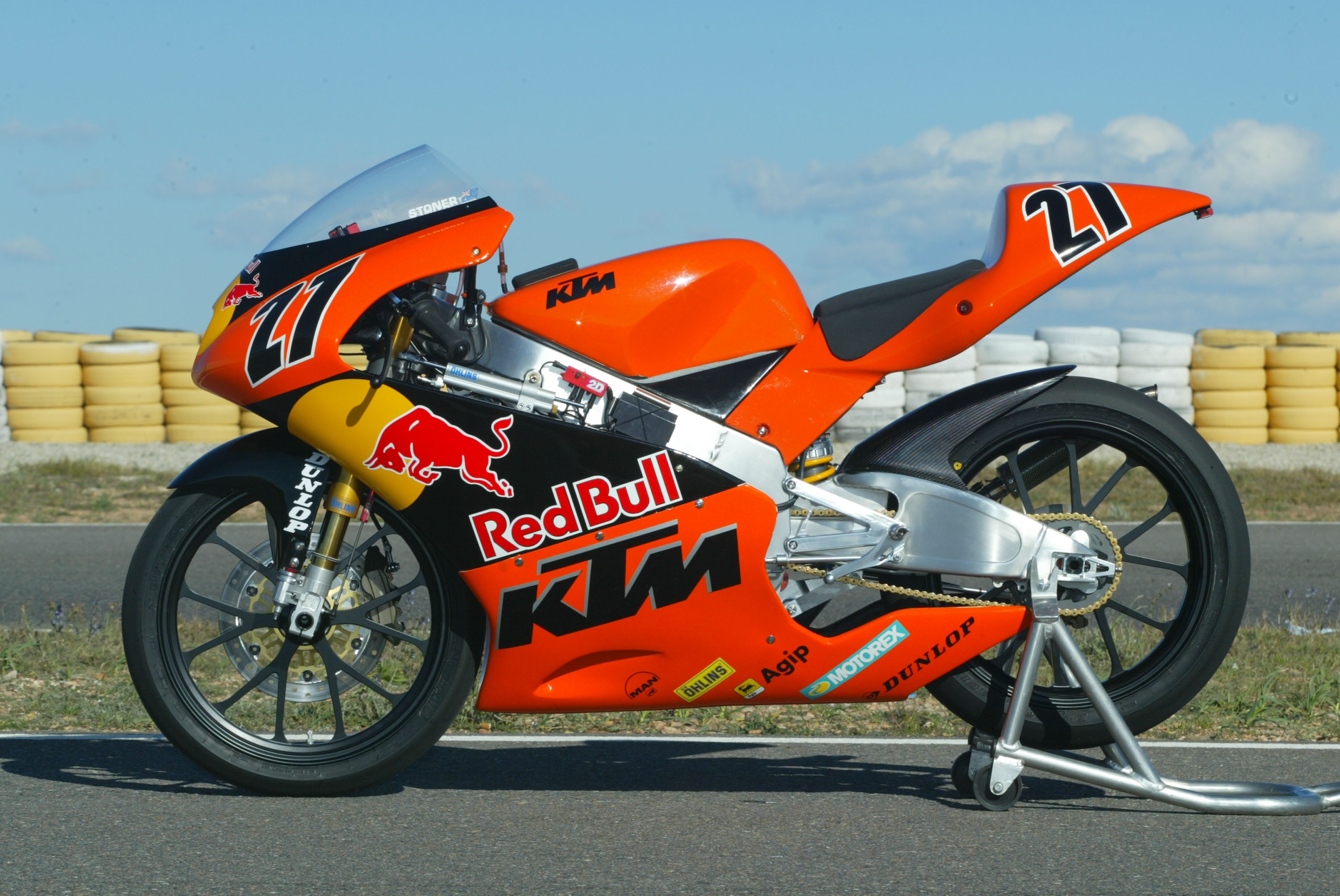 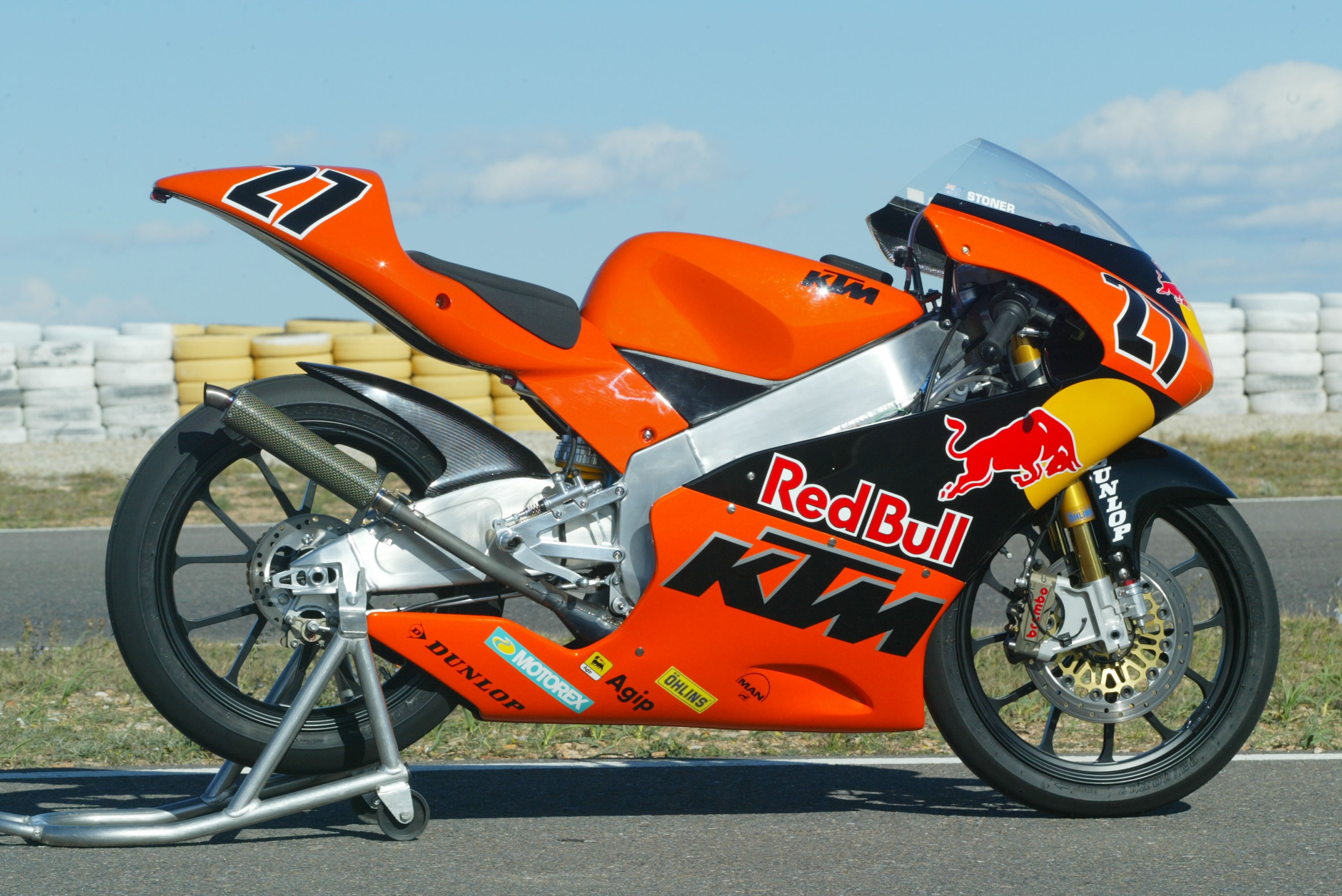 Already from its inception in 1954, KTM – like many other manufacturers who think much of themselves – was engaged in road racing, that has lot of public appeal. The successful 125cc two-stroke bikes mainly competed in races on Austrian ground. The global crisis of the two-wheeled market also affected KTM. In 1959, the “Apfelbeck-KTM” was geared up to start for the last time. A year later, KTM ceased its motorcycle production and only the state-of-the-art and powerful 50cc mopeds ensured the company´s survival. With the small, but strong Comet model range KTM resumed its racing activities, however this effort was limited to close-to production offroad sport. At the end of the 1960s, these successes call the attention of the American John Penton, who convinced KTM to produce small Enduro and Motocross bikes for the US market. It was the first decisive step for KTM to become the world´s number one in the offroad segment. 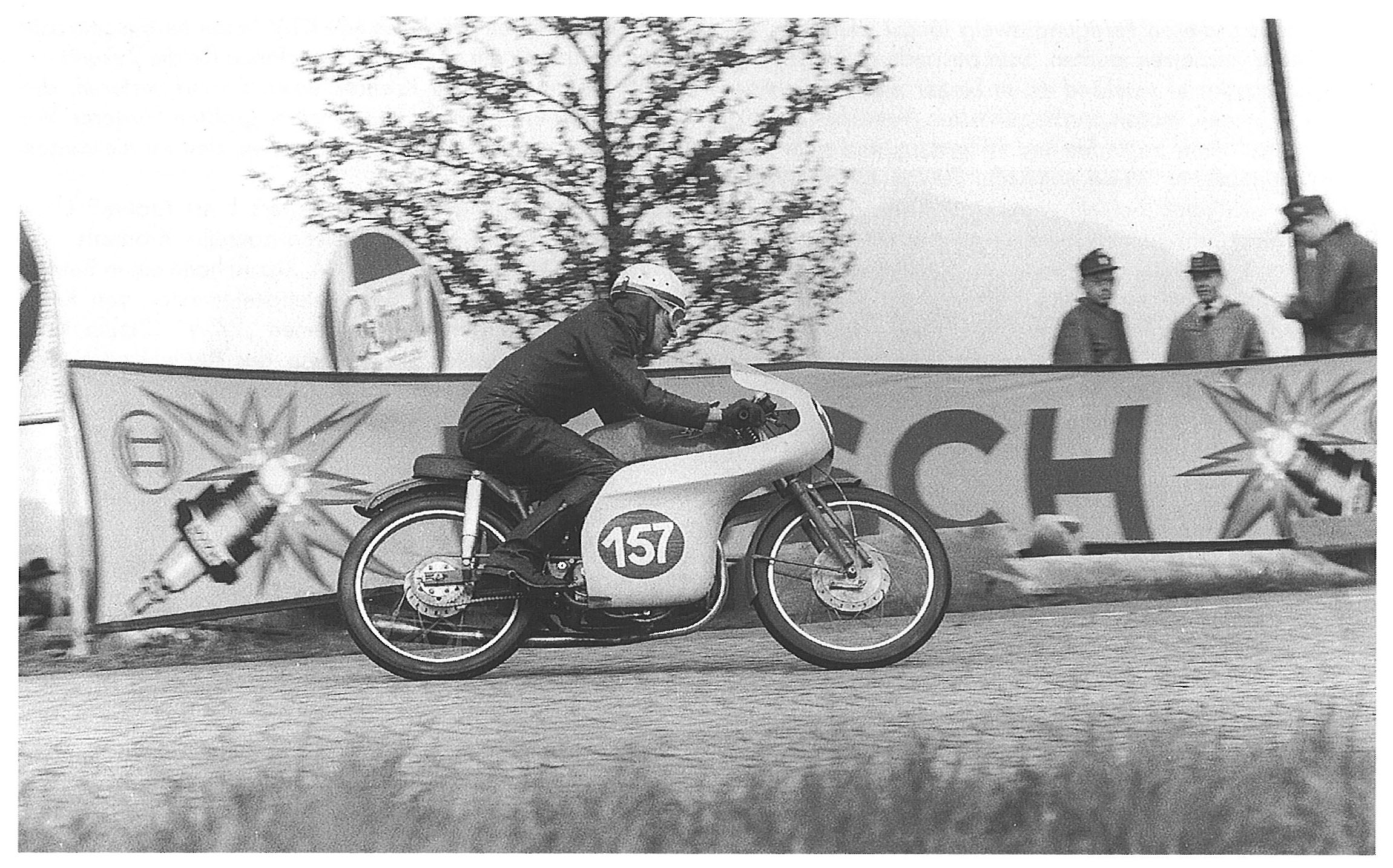 In 2000, at the INTERMOT in Munich, KTM presented a LC8 engine, a completely new two-cylinder project, which could me marveled at the 990 DUKE shortly afterwards – a two-cylinder study of a pure street bike. At the latest at that time, it became clear that KTM, back in those days Europe´s second biggest motorcycle manufacturer, wanted to position itself in the segment of street sportmotorcycles for the future. Therefore, a commitment in grand prix racing just came with the territory.

Harald Bartol, tuner and 13 times Austrian National Champion, was signed as team manager. From his location in Italy he coordinated the racing appearances of the 55hp 125cc two-stroke bike, while the development happened in the Mattighofen-based headquarters. Already in 2003, its debut year, the team gained important experiences and fondly hoped to get to the top in the second season of racing. Therefore, a rider capable of winning was at the very top of Bartol´s wish list. The team finally managed to sign the 18 year old Australian Casey Stoner, who already attracted attention with a pole position and a grand prix victory in the 125cc class. 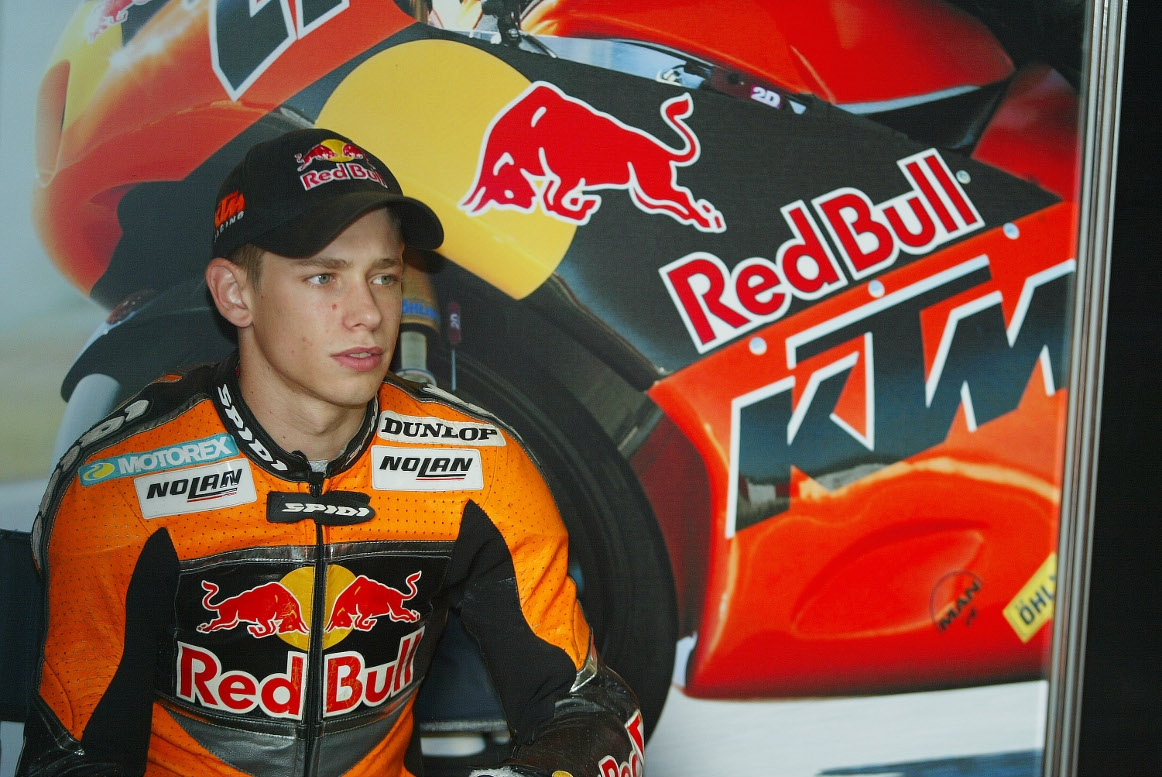 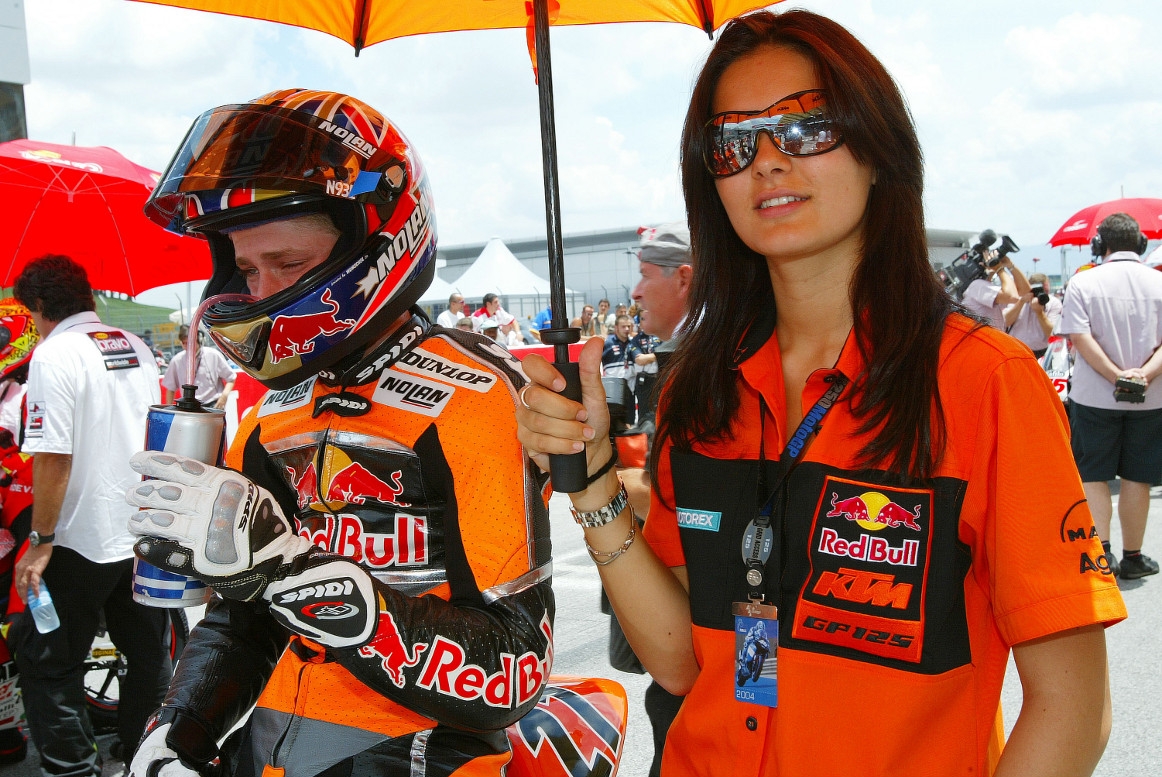 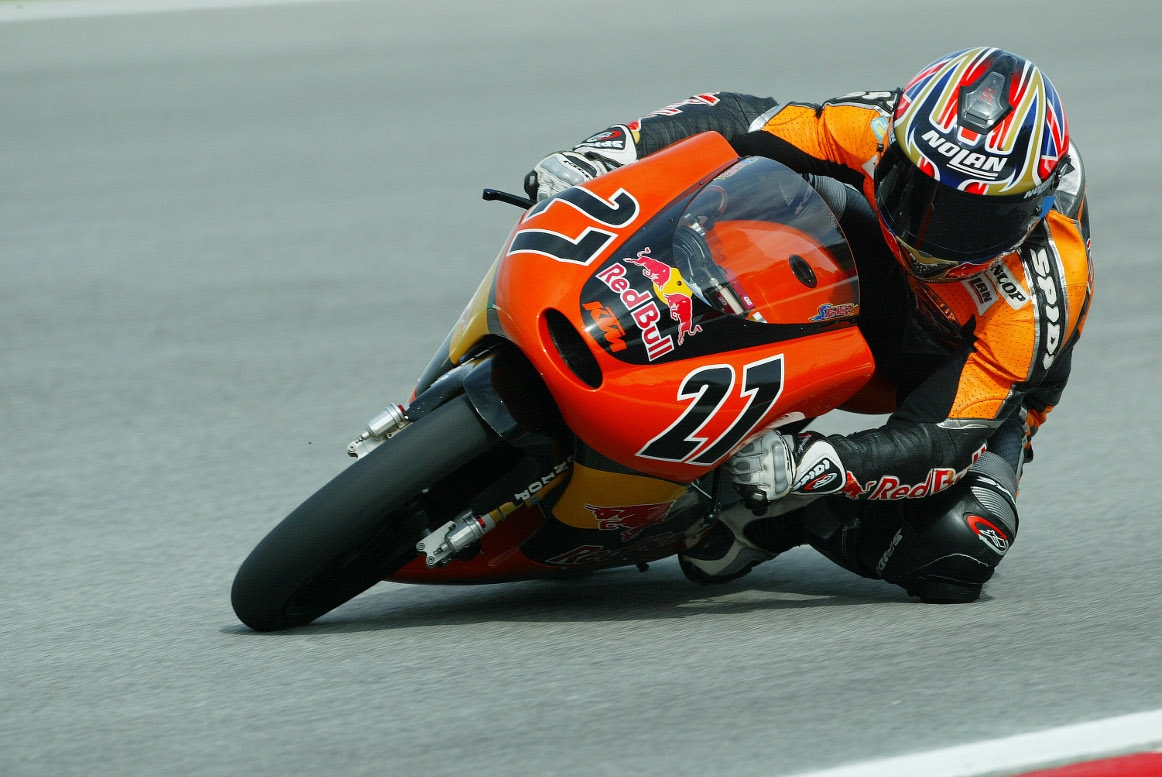 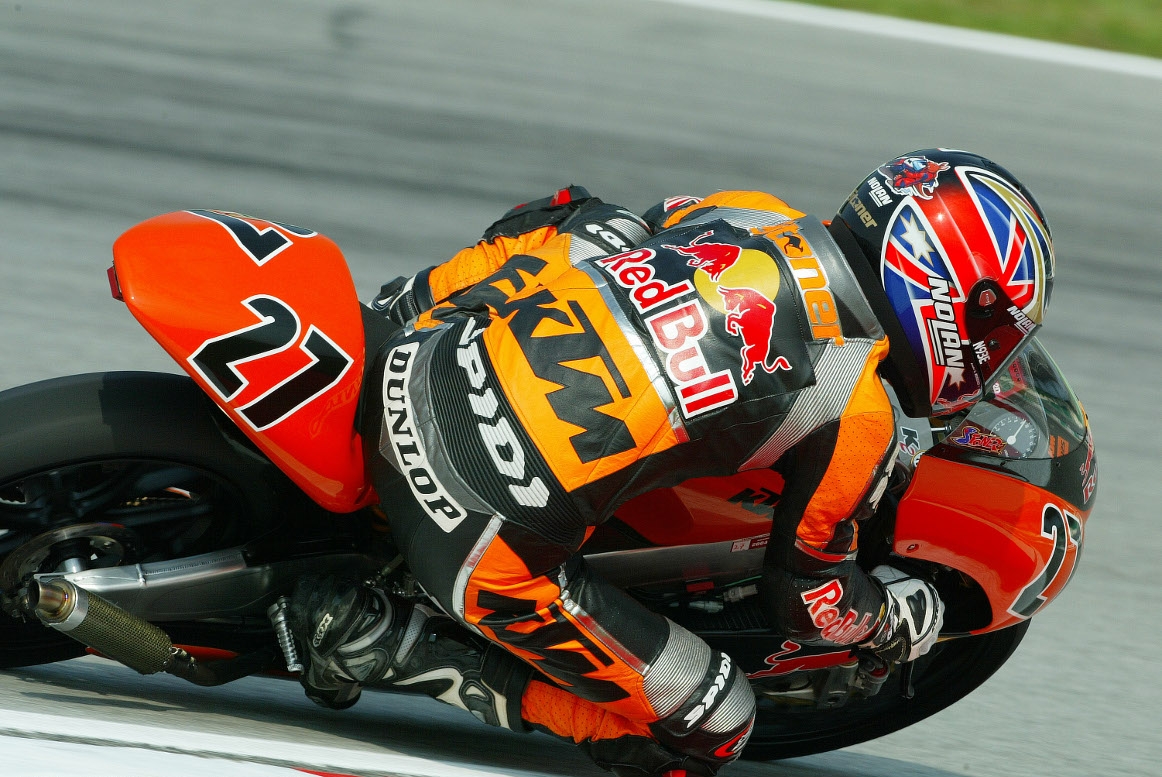 Already in the first race it became clear that KTM didn´t back the wrong horse, when Stoner finished third at the South African Grand Prix in Welkom and gained his first podium on a KTM. At the Italian GP in Mugello he already was one cut above. Followed by a start from pole position at the Dutch TT in Assen and the GP of Rio de Janeiro in Jacarepaguá. Meanwhile Casey Stoner was a regular guest on the podium. At the race in Sepang, on October 10, 2004, he delivered his masterpiece: after turning the fastest lap Stoner crossed the finish line in first position and KTM celebrated its first Grand Prix victory! In 14 races the team from Mattighofen gained one victory, two second and three third positions, one pole position, one fastest lap and finally the third place in the manufacturer´s championship and an outstanding fifth place in the rider´s world championship. 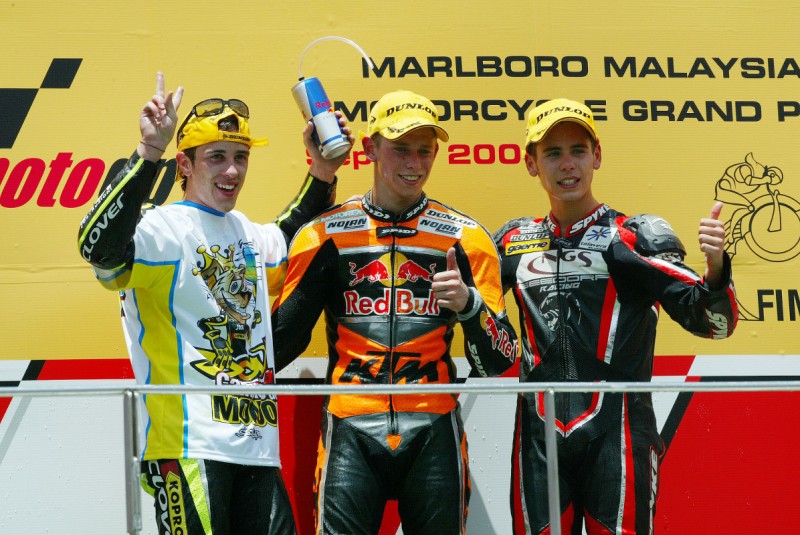 While Stoner moved up to the 250cc class, his Finnish teammate Mika Kallio further banked on orange. In 2005, he celebrated four victories and at the end of the season KTM won the manufacturer´s championship with a comfortable advantage in the standings. Now KTM was the brand to beat.

Although KTM clearly confessed to its commitment in street racing, the company announced its withdrawal from the 125cc world championship in 2009, however strengthened its racing efforts – according to the READY TO RACE philosophy – on the RC8 R Superbike and in junior racing series on national and international level.

Another priority remained the Red Bull MotoGP Rookies Cup, where the most talented junior racers give proof of their skills on perfectly prepared KTM 125cc Production Racers.