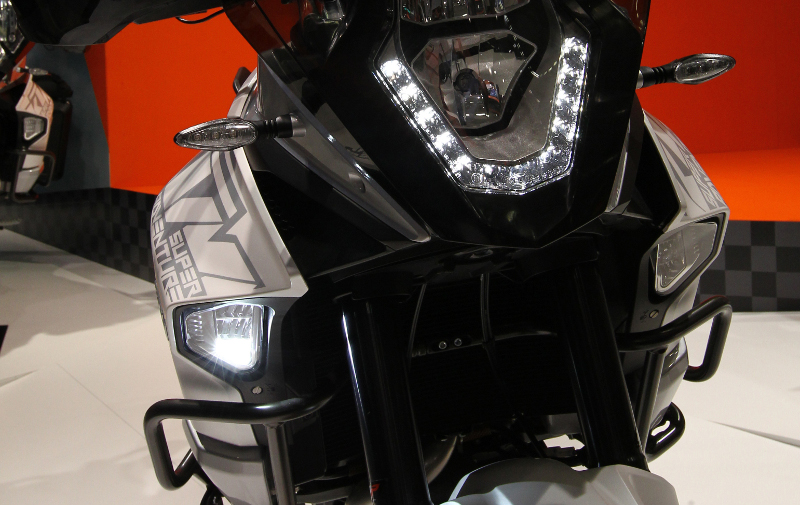 The new KTM 1290 SUPER ADVENTURE is equipped with a cornering light. We explain how this innovative technology works. 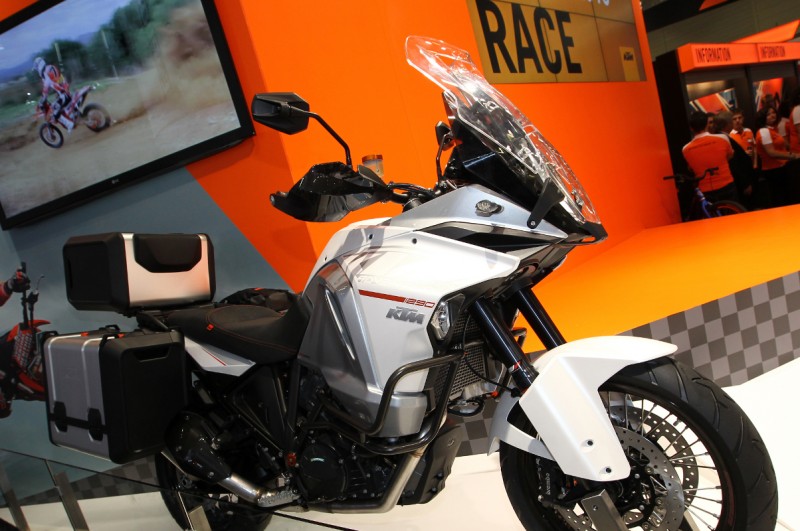 For many, the term “cornering light” brings to mind the adaptive or dynamic cornering lights to be found on cars, where the headlight rotates complete with reflectors to follow the course of the road to the right or left.

Because it’s advisable to be as economical as possible with additional weight and construction work on motorcycles (especially in front of the steering axis), KTM has taken an innovative approach to implementing a cornering light and improved illumination of the road when riding at night.

As on the 1190 ADVENTURE models, the large twin headlight featuring reflectors arranged one above the other for dipped and high beam, as well as striking LED daytime running lights, is located in the front fairing. On the 1290 SUPER ADVENTURE as well, this headlight unit is fixed in place and does not swing with the bike.

The new cornering light is accomplished with additional LED headlamps, integrated harmoniously into the fairing side panels at the front left and right. Each lamp unit is fitted with one reflector and three LED lamps. These are activated separately by means of a lean-angle sensor.

When the 1290 SUPER ADVENTURE is ridden through a right-hand curve at a lean angle of 10 degrees, one LED lamp switches on in the right-hand lamp unit. The second one switches on at 20 degrees and finally the third at 30 degrees of lean. So, the greater the lean when riding, the stronger the illumination of the course of the curve. When the 1290 SUPER ADVENTURE takes a left-hand bend, the left-hand LED lamps are activated just as purposefully subject to angle of lean. The LEDs on the outer side of the curve remain off in each case. 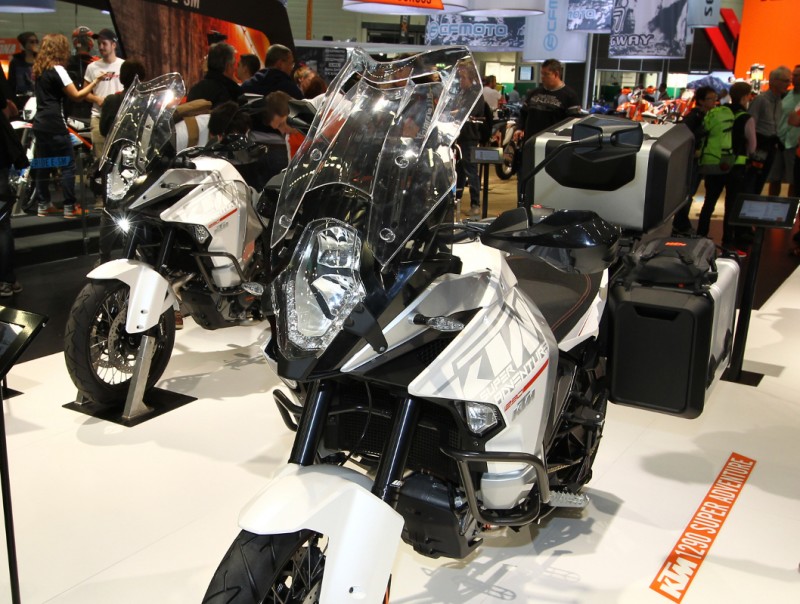 The innovative KTM cornering light on the 1290 SUPER ADVENTURE is as ingenious as it is practical: When riding at night, bends are specifically illuminated with more light on the more important inside, the additional weight is nothing to speak of, while the separately activated LED lamp units function reliably, with no complicated or additional mechanisms.

Those who see more, not only ride better, but also more safely. In this respect, the new cornering light from KTM is also a contribution to greater safety, especially when riding at night.

The KTM 1290 SUPER ADVENTURE action video gives some first impressions of the cornering light in action.