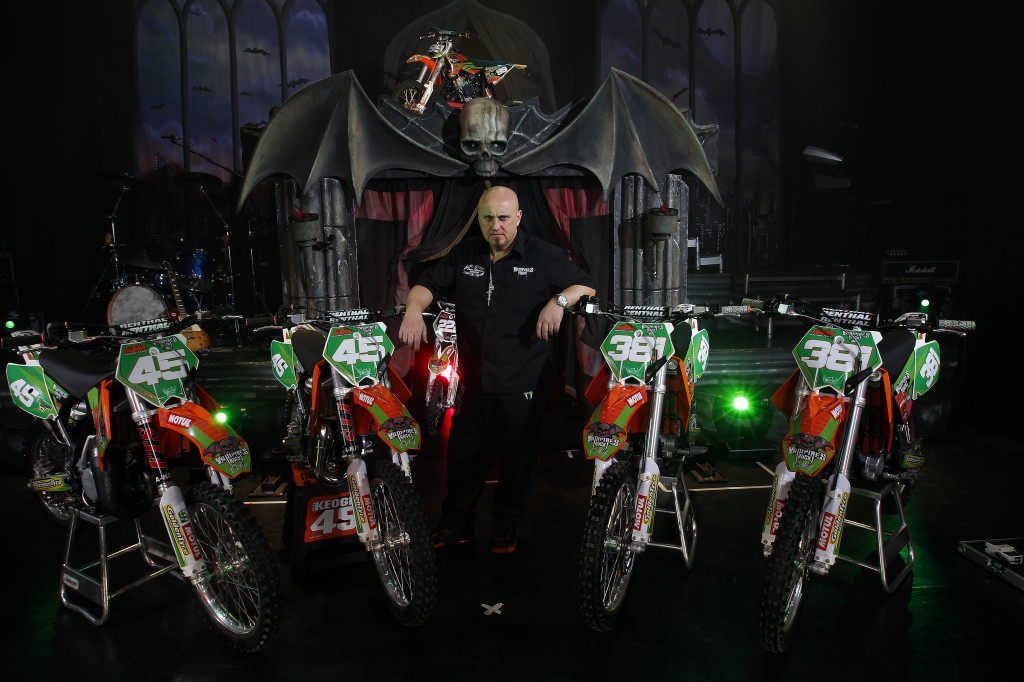 We are always keeping an eye out for KTM riders and fans on our travels in the name of the KTM Blog and this week we found a cool and unusual junior racing team in the UK.

When Steve Steinman is not running his sons and several other kids on SX65, 85 and 125 machines in the British Junior motocross scene then he can be found at the front of a stage blaring out tunes as the star of the Vampire Rocks spectacle; basically a parallel to the Rocky Horror Show. Steinman tours with the theatrical production and in his spare time marshals his troops as part of the Vampires Rock Youth Motocross team. 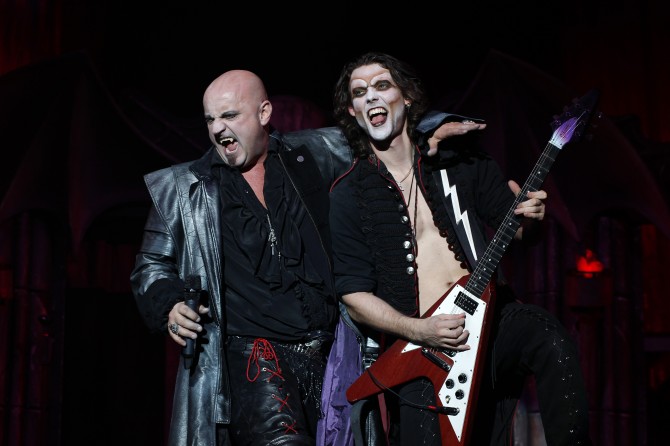 Steve, what’s the story?
Well, this is our second year with the team and we’ll be running again in 2014. We get great support from KTM UK and this is one of the main reasons we run the bikes because the back-up is great. We want to be competitive and on the track every weekend and for that the KTMs are the best bikes for the job. We have two 65s riders with two bikes each. We have a small wheel 85, big wheel 85 and a 125 and everybody has two bikes; so ten altogether, and all the gear, so a lot of money! Youth motocross is so competitive but this is where it starts and when you see some of the Europeans on the 65s you know you need to catch up to them. The only way to do that is to pump a bit of money into the kids.

It seems like so many of the juniors at tracks are on Orange these days…
Kids are kids; they love KTM anyway because now it is such a brand…they are designed and built for kids and that helps. Other brands like Kawasaki have been left behind a little bit and now they are trying hard to come back. Whether they can with full force remains to be seen but it is always good to see a mix of machinery on the line.

Do the kids respond to riders like Cairoli and Dungey and the Red Bull KTM team?
Yeah, image is everything. Cairoli is a hero to them. These little ones look up to them like you would not believe. They see them on TV every week and they want to be them and do things like them.

With so many bikes the upkeep must mean a busy time for you…
Like any race machine – even for the little kids – we service them all the time. Probably every four meetings they get new pistons. The power values are taken out and cleaned and changed. Not so much tuning at the moment but just general servicing like the brake pads and chains. You just want to keep them on the track because the last thing you want to do is drive 200 or 400 miles and have a silly mistake like a chain or sprocket going, it is just not worth it. 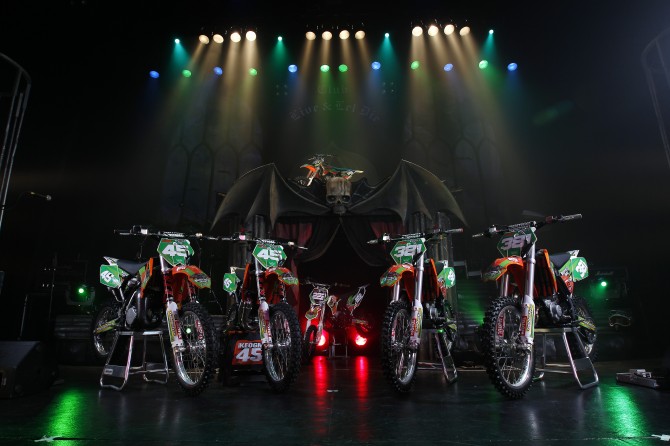 And then fitting the racing around the job and the kid’s schooling…
We practice every Wednesday and we will always race or practice every Saturday or Sunday. So twice a week every week and sometimes we’ll throw in a fun day when they can just play. We have to try and bring that fun into it but it’s not easy because it is still so competitive, even at this level. 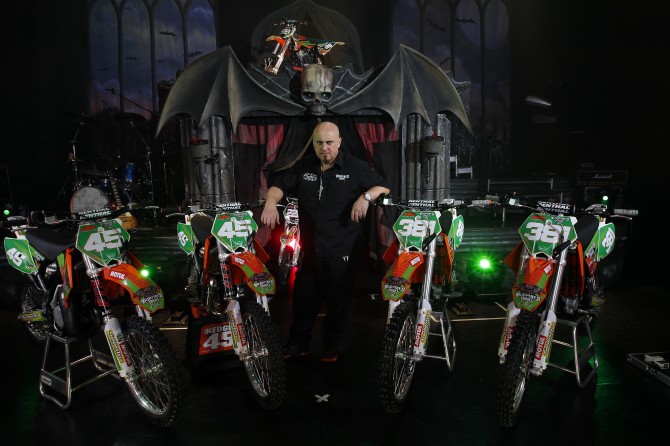