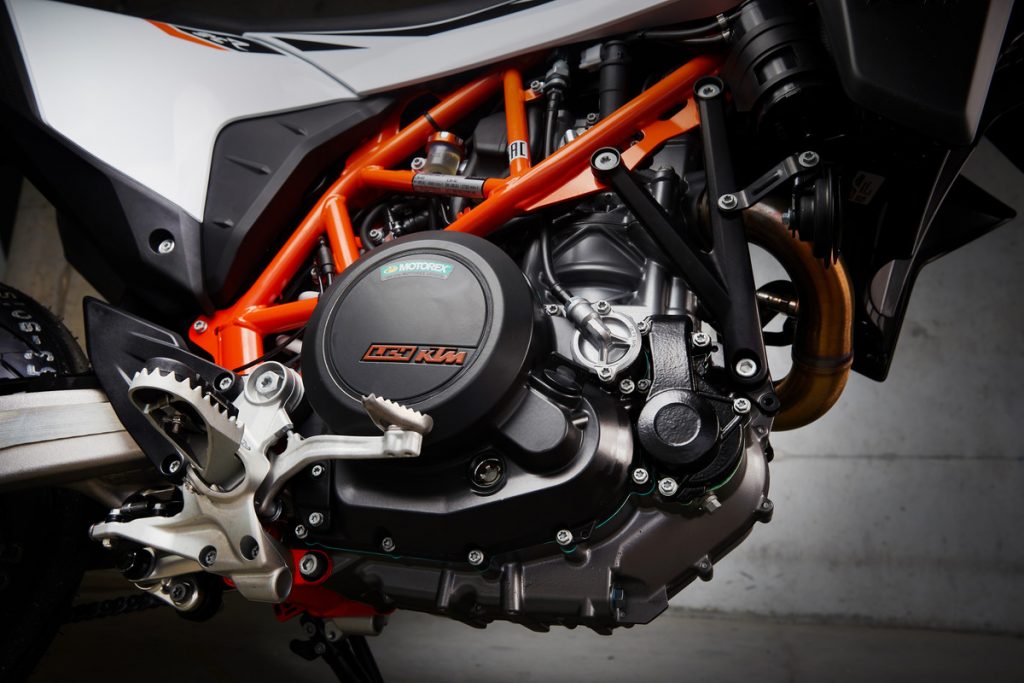 One iconic engine is responsible for so many KTM racing successes and as the beating heart of its most legendary sportmotorcycles produced. The 2019 KTM 690 SMC R and KTM 690 ENDURO R both share the very latest version of the KTM LC4 engine; the most powerful production single cylinder available.

These two exciting and very different new machines benefit from an engine with 32 years of constant refinement that can be felt in each addictive power pulse. Through this development, clever engineering and the advances of ride by wire and fuel injection systems, the LC4 has shaken off the stigma that large-capacity monos are too aggressive in their delivery and vibrate too much to be practical. The latest generation LC4-powered machines offer versatility with a truly unique riding experience, but the path here wasn’t always smooth … 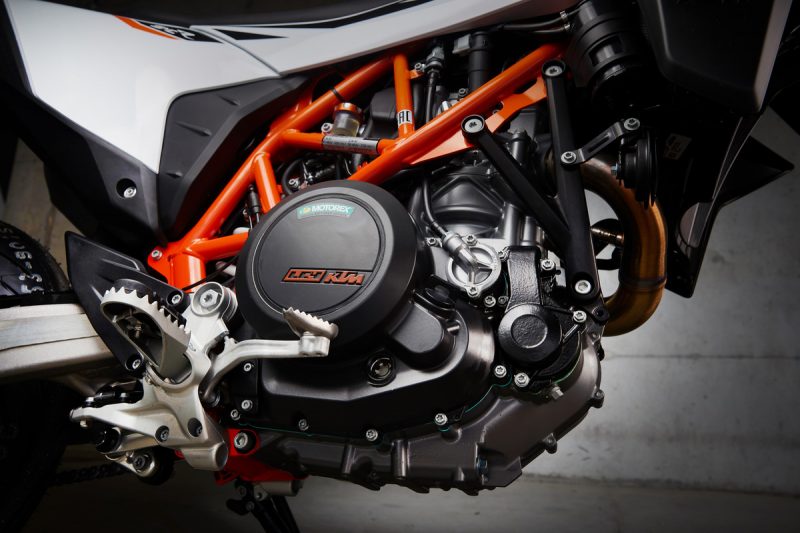 ORIGINS
In the 1980s, KTM were coming to prominence with success in offroad racing; Heinz Kinigadner became the world champion in the 250cc motocross class for the second time on a 2-stroker in 1985. In this same year, the 100,000th KTM engine rolled off the production line – a newly developed, half-liter 2-stroke motor delivering 60 hp. But the pressure was on manufacturers to reduce exhaust and noise emissions and so the super lightweight 2-stroke engines that had overtaken the 4-strokes in the 1960s were now under threat.

After growing used to the taste of world championship champagne, KTM engineers didn’t waste any time in developing an ultra-modern 4-stroke engine based on the 500cc 2-stroke housing to stay at the top. “Only the essentials – but only the finest essentials”: this was the philosophy behind this new liquid-cooled 4-stroke ‘single’, which became known as LC4.

After five years of development, series production of the LC4 began and a 553cc version made its debut for enduro racing in 1987: the 600 GS LC4. The introduction was nothing short of sensational with instant success as Joachim Sauer – now KTM’s Senior Product Manager Offroad – and Gianangelo Croci won the European Enduro Championship in the large class and in the 350cc class respectively.

DEVELOPMENT
Typical for the READY TO RACE company, the factory competition team proved to be the best testing environment and Sauer, who was a KTM development engineer too, was able to use his experiences from the race weekend to implement suitable improvements come Monday morning.

The ultimate aim for KTM was not only to design highly-desired competition bikes, but also a concept that was suitable for the everyday and that would master both challenging terrain and also riding down to the store. At this stage, the LC4 had a long way to go before it could demonstrate its unrestricted mastery on everyday roads. 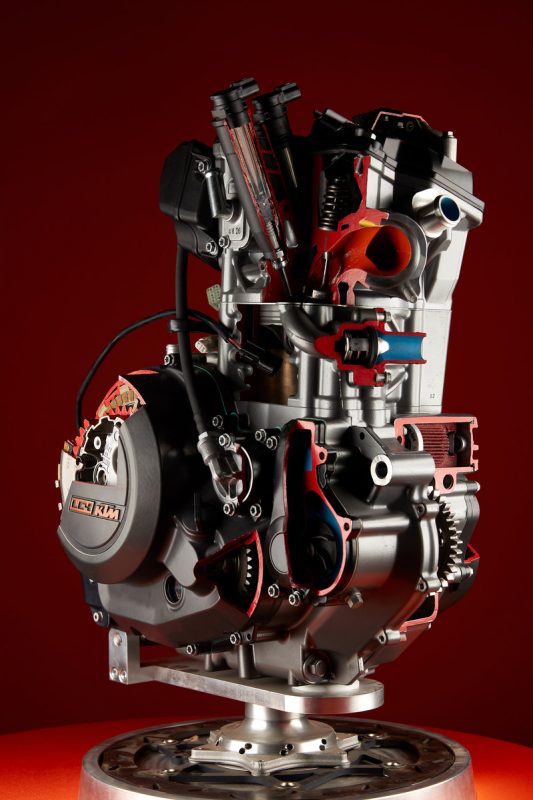 A NEW CHAPTER
When KTM relaunched as KTM Sportmotorcycle GmbH in 1992 under the management of Mr. Stefan Pierer, focus and development of the LC4 engine would increase to form the basis for a new generation of motorcycles. Staying true to the original philosophy, non-essential components were still left out – including an electric start or a balancer shaft – but Enduro World Championships secured by Mario Rinaldi, Gio Sala and Fabio Farioli contributed significantly to the popularity of the LC4 engine. Next up was to point it at the tarmac …

For the 1992 Cologne IFMA show, KTM engineers and Gerald Kiska (of KISKA Design) took a 553cc enduro, chopped the chassis up, fitted some 17-inch wheels and bored the LC4 engine out to 598cc. Billed as a ‘fun bike’, the ‘DUKE’ concept was also the first orange KTM to be shown and the reality was that it was a proper Supermoto for the road with no shred of practicality. The reaction was just what KTM hoped and development for production began.

With the KTM 620 DUKE’s showroom release in 1994, Supermoto for the masses was born; big corner fun, bigger wheelies and absolute wire-tight stupidity. Importantly, the orange remained and the tone and image for KTM on the street was set.

REFINEMENT
Development of the LC4 continued and spawned many different capacities to suit offroad and street applications. The largest bore and stroke variant, first seen in 1994’s DUKE I, saw implementation of the electric start in 1996 and as the years went on, the capacity, usability and refinement increased thanks to better components and advances in engineering – 640, 660 and 690 models were spawned including the beginning of the ADVENTURE series with the KTM 620 ADVENTURE in 1997.

In arguably the world’s toughest event on both competitor and machine – the Dakar Rally – LC4-powered KTM’s notched up stage wins in the 90s thanks to Kinigadner. But it was the KTM LC4 660 R in the hands of Fabrizio Meoni in 2001 that began an unrivaled 18-year unbeaten run in this prestigious event, the bike notching up 5 Dakar wins and 16 podiums from a possible 18 until rule changes saw the class capacity dropped to 450cc.

Despite no racing classes remaining to push the LC4 further, KTM still continues at full gas with development and commitment to the unique appeal of this iconic engine for both on and offroad uses. Today, the powerful single-cylinder engine is the beating heart of the KTM 690 SMC R, KTM 690 ENDURO R and the KTM 690 DUKE to firmly cement itself as the world’s strongest single-cylinder production engine at the cutting edge of motorcycle engineering. 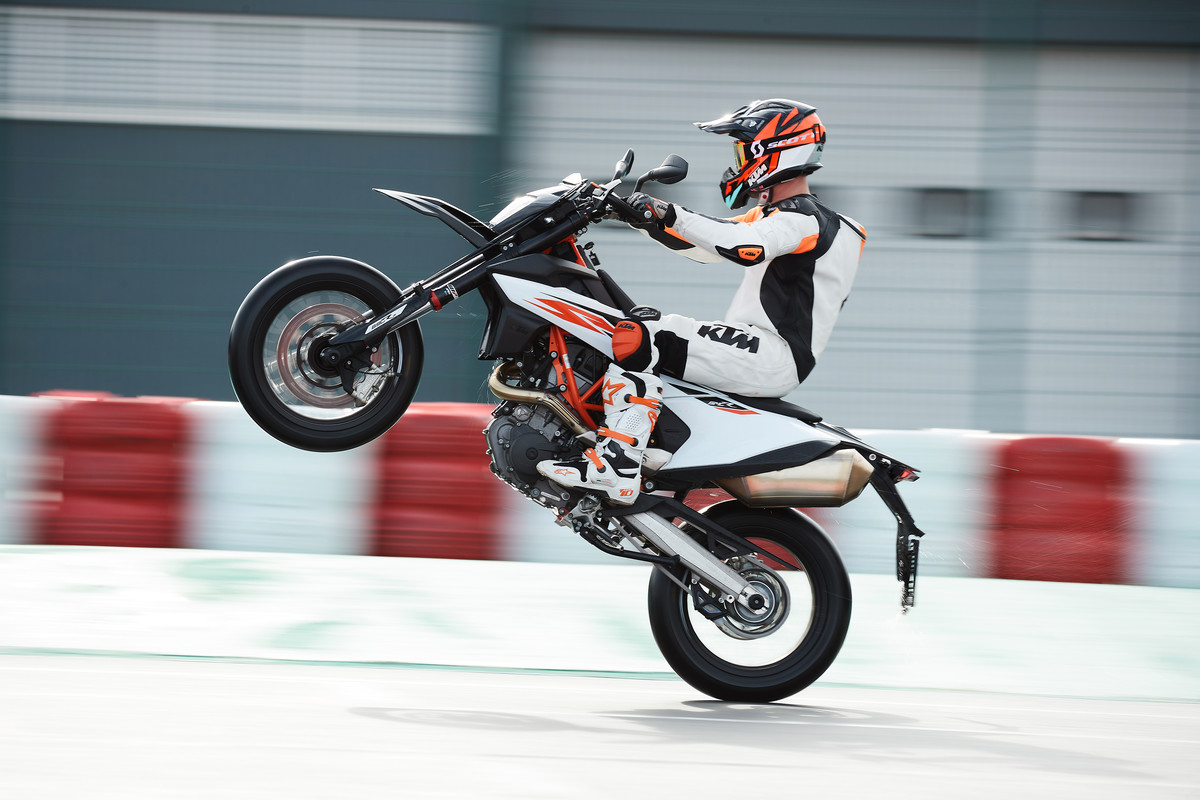 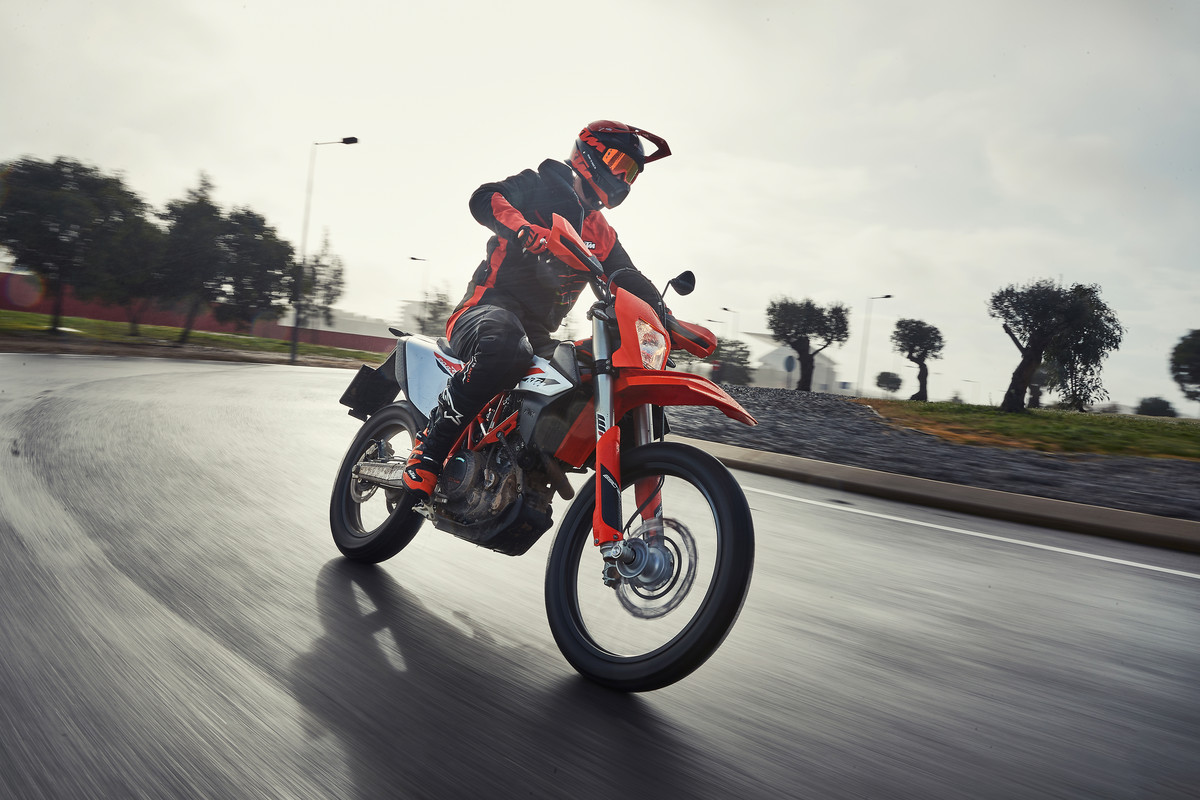 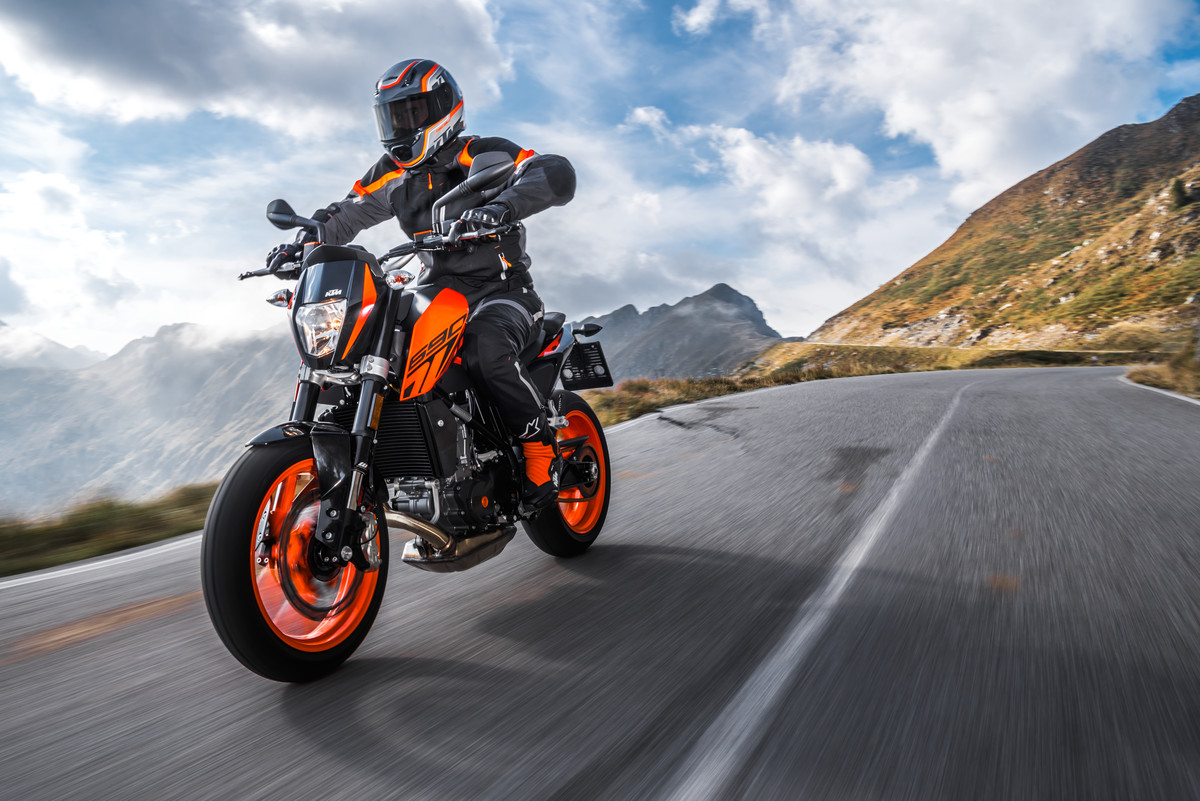