The KTM BLOG caught up with KTM RC CUP Project Manager, Günter Gahleitner from GA Promotion GmbH, to get the inside line on the first ever World Cup of Junior short circuit racing.

With the introduction of the KTM RC CUP series across the world, young racers have been given an affordable and high-profile platform and a potent machine in the CUP specification RC 390 in order to grow and showcase their talent on short circuits.

But now its time for the best of the best to prove their skill and win big prizes in the first RC CUP World Final. Held at Silverstone during October 2-4, the top five riders from the series running in Finland, Germany, the Netherlands, Mexico, North America and United Kingdom have been invited to do battle on the famous English circuit.

Günter, please explain the ethos of the KTM RC CUP, currently held in many countries across the world?
“The KTM RC CUP is designed to be the logical circuit racing platform for youngsters on ‘proper’ sizes motorcycles as part of a real riding development program, all over the world.

In recent years it became more and more difficult for youngsters to ride in a professional series after leaving classes like pocket bikes, mini bikes, mini moto or even for race beginners. And not every 13-14 aged rider has the potential of budget and even the talent required to make the direct step in some Moto3 classes. So with the launch of the RC 390 in 2014, it created the perfect platform to convert this bike into the very fine and capable ‘CUP’ specification version.”

The RC CUP began in 2014 with the German ADAC series. How did that come about?
“The ADAC Junior Cup has already existed for 24 years. International Grand Prix stars, like Thomas Lüthi, Stefan Bradl etc., made their first steps in this series. Their 2013 season was the last year on the Aprilia RS125 two-stroke bikes. ADAC was looking to find a partner who can support the series with an affordable four-stroke race bike, which naturally led them to KTM.

In Autumn 2013, KTM CEO Mr. Pierer and ADAC MSP President Mr. Tomczyk, quickly reached a three-year agreement. This gave a very short time from the kick-off to develop and then finally convert 40 standard RC 390 units to the ‘CUP’ version in time for March 2014.

I remember very well working hard create a specification and machine ready to start the first test run around Christmas 2013. After that we got the first bikes and parts to convert in February 2014. Those were some long days, I can tell you, because we had to bring all the bikes to the ADAC kick-off riding meeting early April, where the young riders were already waiting on their new racing ‘toys’. Also in attendance were journalists from around the world to sample this bike. But we got it done, thanks to a small but great team in KTM HQ.”

Each of the countries – Finland, Germany, the Netherlands, Mexico, North America and United Kingdom – will field their top five placed riders, what is the incentive for winning this event?
“In my mind, the prime incentive is very clear; if I am a young rookie and I get the chance to take part in a world final, which will run into an official BSB championship weekend, then I would feel already like a winner!

Of course, we still have a lot of great prizes, like a RC 390 CUP bike, riding and coaching with one of the KTM factory Moto3 riders, Brad Binder or Miguel Oliveira, WP Suspension Kit, vouchers for official PowerParts and PowerWear, and so on … All the World Final riders are getting prices, which is really awesome.” 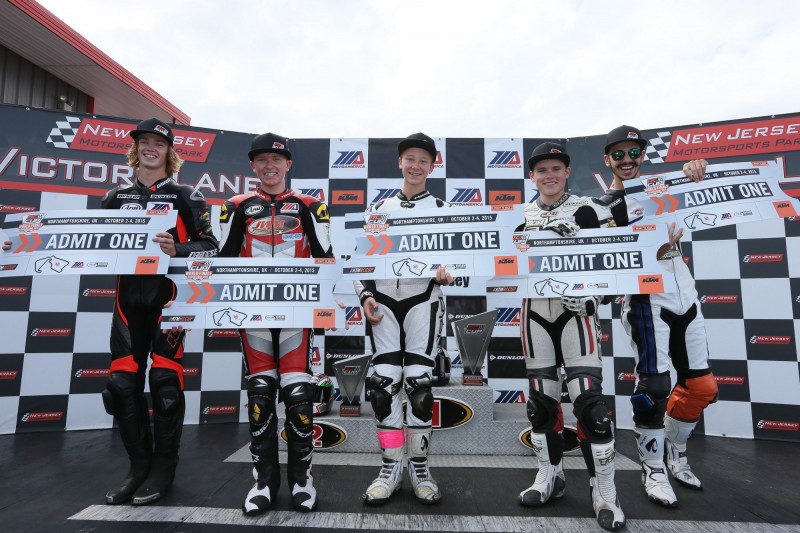 How will the scoring work for the World Final?
“All nominated world finalists will use the same points system as the British RC CUP championship as the world finalists will be competing within their final two races of the season – so there’s a lot at stake for some of the British guys! The overall winner will be decided by combining the points from the two races held. If the points are tied, the winner will be the best second race position and then the best lap times.”

The control tire for the final is the Metzeler M7 RR, as used by UK, DE, NL but not by America (who use Dunlop) and Finland (Mitas), does this put those riders at an advantage?
“I don’t believe that. The Metzeler M7 RR is the perfect tire for all different riding styles and conditions, which has been demonstrated for two seasons now. It’s very easy to find the right set-up for this tire and absolutely no problems with different temperatures. I think that the young gun’s from Finland, Mexico and the US will be very quick comfortable with the tires after the two free practice sessions.”

A final held in the UK in October?! The chance of rain will be high. Why did you decide on Silverstone as the venue for the first World Final?
“Currently most of RC 390 CUP championships are held in Europe, so it was clear to hold the World Final in Europe. With the support of KTM UK and MSVR, we got the chance to be part of an official MCE British Superbikes Championship weekend. No way could we refuse that.

Also we wanted to hold the World Final before the Red Bull MotoGP Rookies Cup selection process, held in Spain in mid-October. Many riders want to join that event and I guess it’s better for them to perform there without any championship pressures. Further, for KTM HQ and myself, coming to a country that is running to the official RC 390 CUP format is clearly our focus.

About the rain? In my experience, at this time of the year you can have rain all over Europe. But all riders are going to have the same conditions and equipment. So whatever happens it is balanced. But with more and more countries expected to begin running the RC CUP format the next World Finals could be held anywhere!” 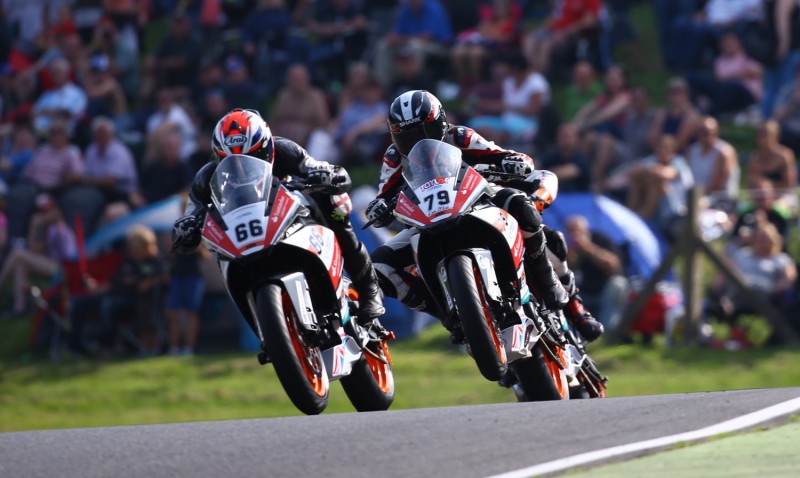 More info about the RC CUP and the World Final at www.ktmrccup.com.