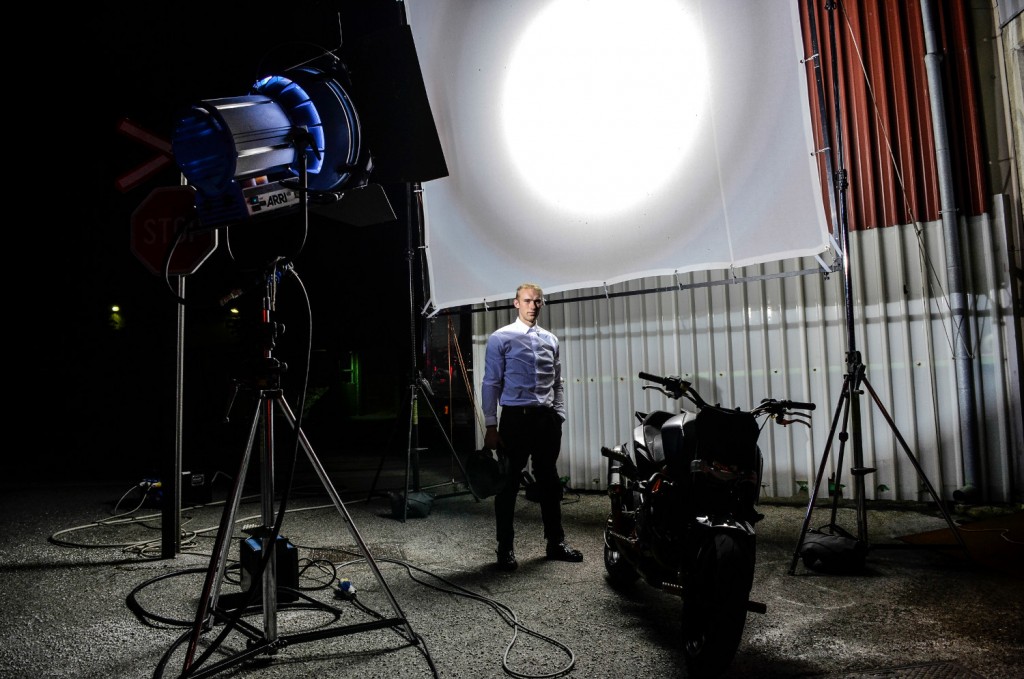 Representing an agent of the Secret Service exciting stunts are a must. In those scenes agent Robbie Williams was replaced by Rok Bagoroš who performed unusual stunts with his KTM 690 DUKE. The commercial was shot at several locations in Slovenia and Croatia six months ago. It was the first commercial and the entering wedge into the film industry for the 25-year-old Rok Bagoroš – but for sure it won´t be the last one. “It was an incredible and at the same time demanding experience, but I hope I can repeat it sooner or later. Last year, I was used to shoot a lot of freestyle movies for my Youtube channel, but only with a small team of one or two camera guys and the whole project was shot on a single day. When the renowned Slovenian production house BAS Production called me and asked if I could help them to film some crazy stunts on my KTM bike for a commercial with Robbie Williams, I didn´t hesitate because I love challenges.” 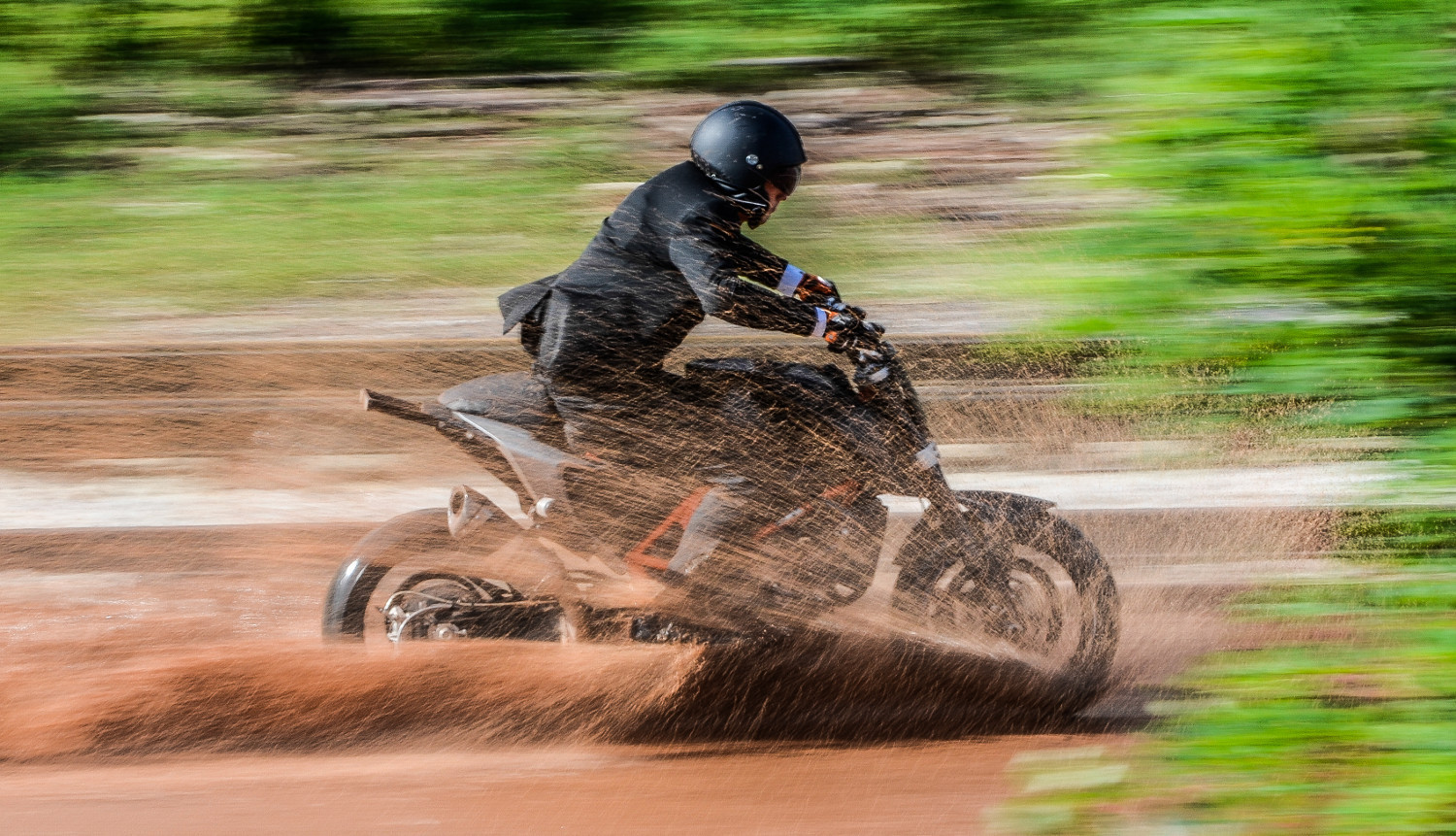 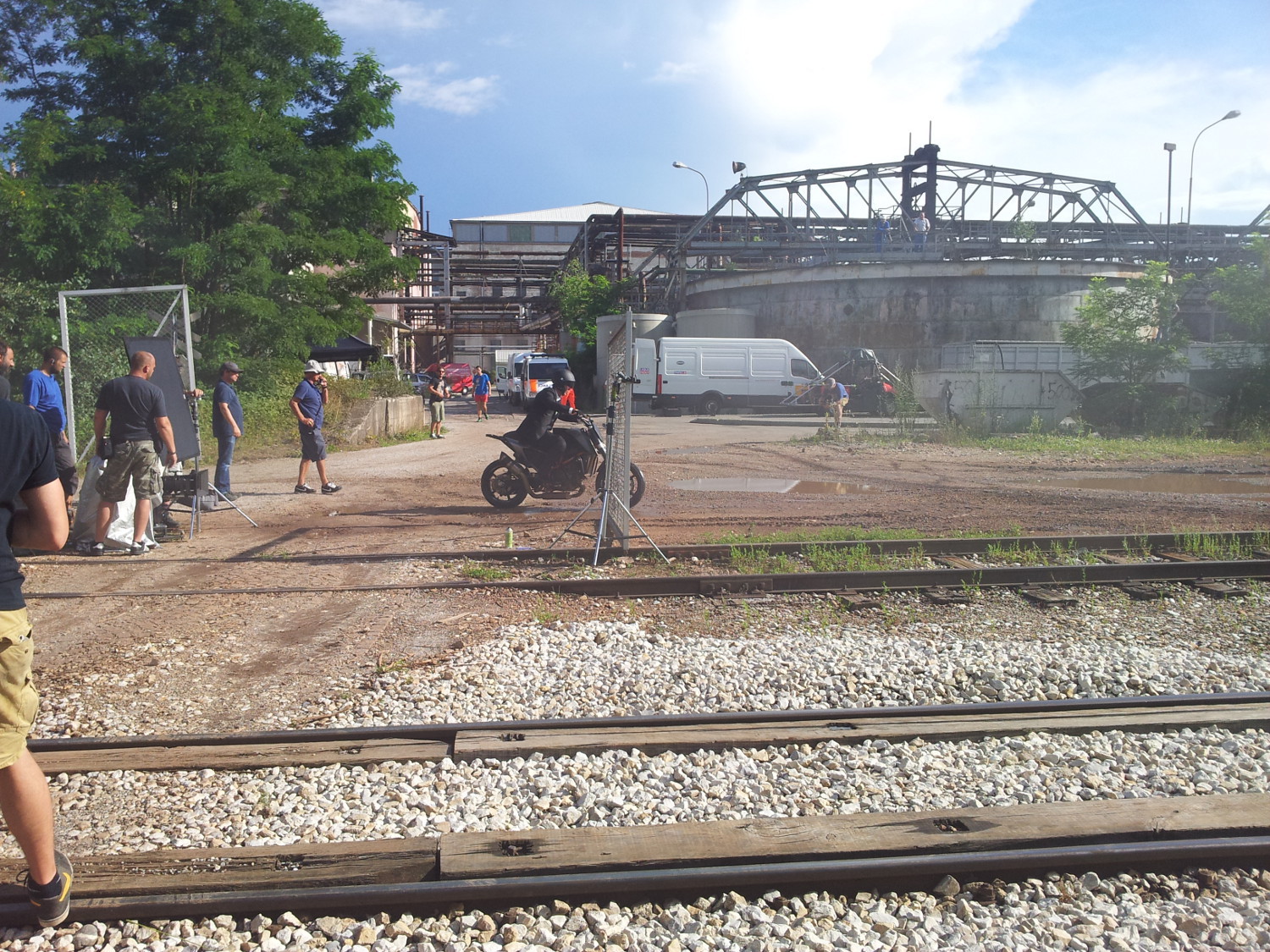 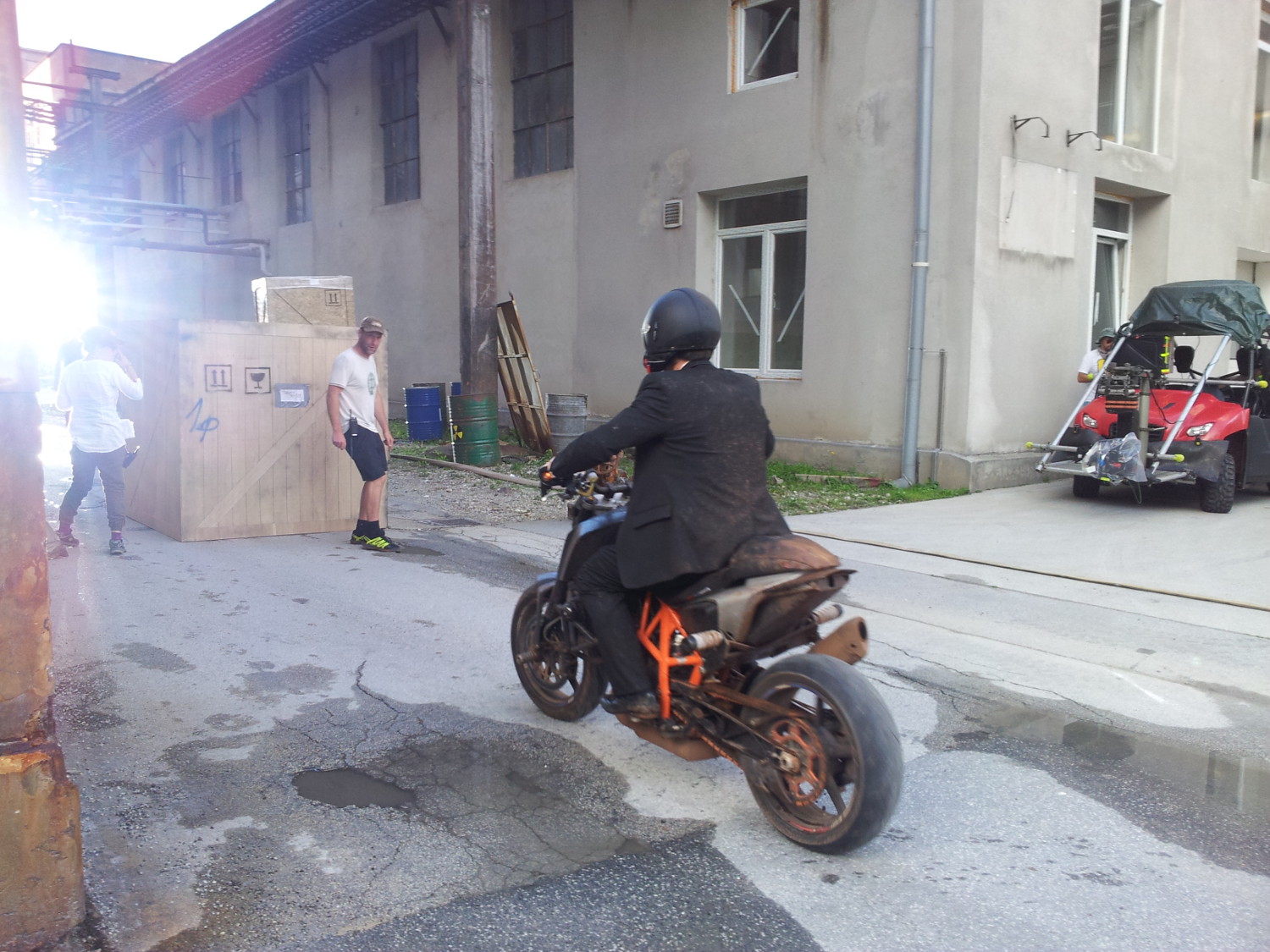 “The team filmed various stunts and situations. Many of them you can´t see in the commercial, but I performed several situations that I normally don´t do in my shows. Like riding through deep mud, crashing into a wooden wall at full speed and so forth. The most unusual thing was that I didn´t wear my casual leather, but was riding my bike wearing a tuxedo. It was quite interesting to see how big film productions are handled. There were about 50 people taking care that everything flies off the shelves, a vast amount of camera equipment and film directors that are the best in their business.” 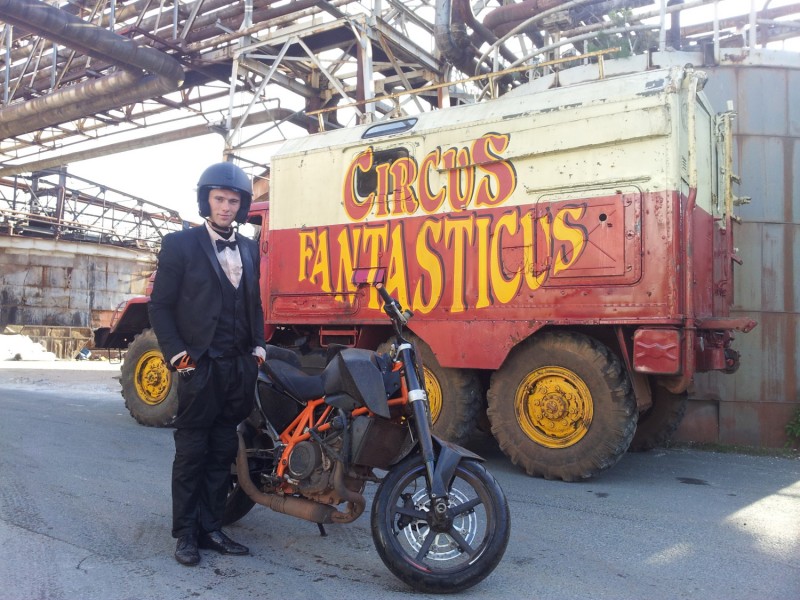 This year Rok focuses on some special video projects for his Youtube channel in order to take it to the next level, but he is also convinced that the next big film poject is already waiting for him.