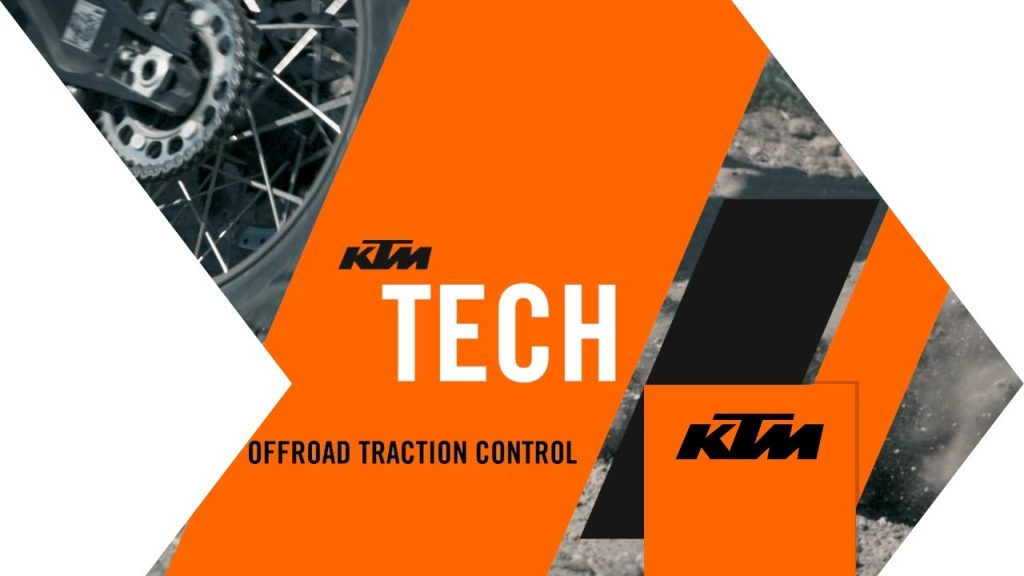 KTM’s motorcycle traction control (MTC), a lean-sensitive traction control system, reacts immediately if the rotational speed of the rear wheel is disproportionate to the riding situation. In a matter of milliseconds, MTC reduces the engine output with an extremely smooth, barely perceptible intervention at the throttle valves, until the system has reduced slippage to optimum proportions for the selected ride mode and current angle of lean. Depending on that mode, MTC allows four different levels of traction slip at the rear wheel. ‘Sport’ is game for respectable drifts and a perceptible amount of slippage, ‘Street’ keeps things smooth for comfortable, controllable riding with full engine power and ‘Rain’ is all about early intervention and maximum grip in the wet. But sometimes you want slightly less grip. Slightly more drift. That’s when you flick MTC in ‘Offroad’ mode. This allows up to 100% of slippage – i.e. double the wheel speed. This means more fun, and more drive. We’ll prove it:

Offroad ABS
The Offroad ABS mode allows the rider to block the rear wheel as and when required – a prerequisite for committed offroad riding and deliberately executed slides. The ABS function remains active on the front wheel, unless you turn it off entirely.

Offroad ride mode
Once this mode is engaged, the ride by wire limits the throttle response and peak power, putting you in full control wherever you take your bike. Offroad TC is enabled at the same time. Some serious trail scorching awaits.